3-D CATS IN HATS ON THE FIRST OF MAY!

The 3-Ds are ecstatic that it's May today! 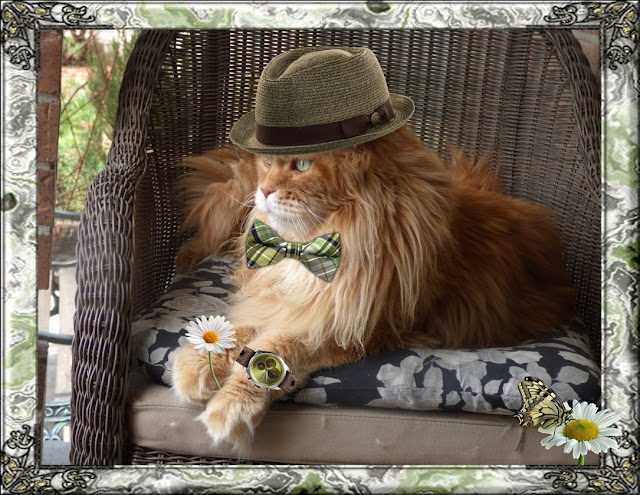 Dante is wearing a sage green straw porkpie hat with brown band and a coordinating plaid bowtie.  Such a dapPURR dude!  He's also sporting a Radillion watch with green face and brown leather band.  He's a fanatic for matching all of his accoutrements.

Dante's holding one of the first daisies of the season.  He's singing "Daisy, Daisy, Give me your answer, do.  I'm half crazy, Over the likes of you!"  He must be thinking of his fiance Sascha. 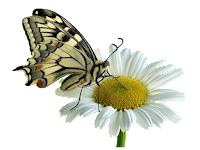 "Yes", says Dante.  "I still gets buttahflies in my stomack wen I finks about her". 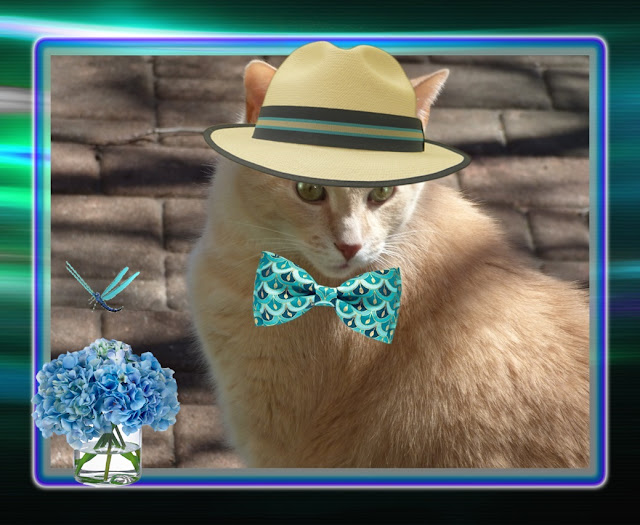 Dylan has selected an ivory straw Panama hat with tri-colour band.  His bowtie matches the teal stripe as well as providing a pop of interest.

Dylan's dragonfly friend is attracted to the blue hydrangeas, as is Dylan, himself.  They aren't in season here yet, but if you like them enough you can still get them from the florist.

Looks like the Dragonfly, at least, has gone into a tailspin over this! 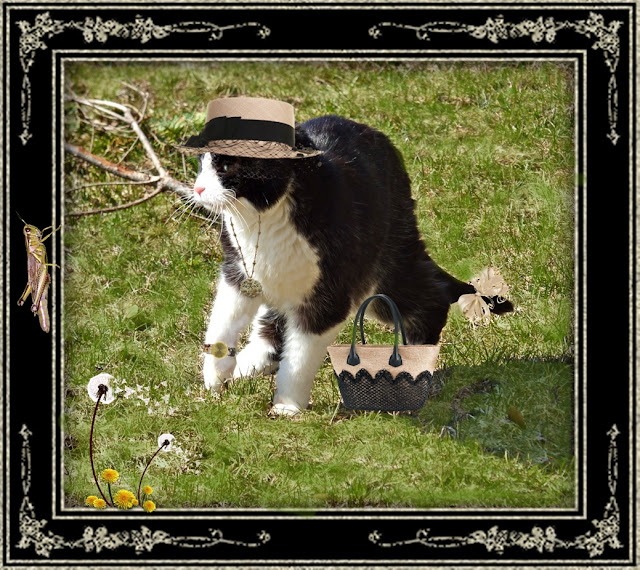 Domino is wearing a straw-coloured hat with black band and veil.  She has nicely matched her straw handbag to the hat and has gussied up her tail by putting a bow on it.  Completing her outfit are a neutral-toned sage 'n beige necklace and watch.

Domino's out walking the fields where the new grass is sprouting, and the dandelions have just taken root.  You never know what else might be lurking there, too.  Like a grasshopper, purrhaps!

Y'all look most snazzy and Dante, Sascha's heart got all a flutter too!

Great outfits, my favorite is Dante's, but you all look great.