The 3-Ds are decked out once again (even though only Domino is actually on the deck). 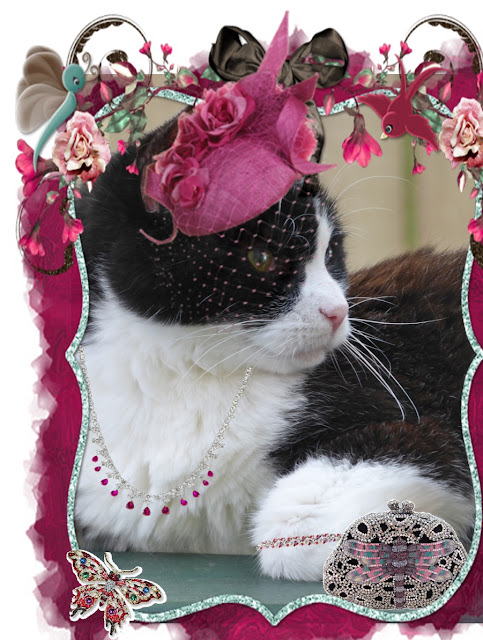 Domino is just dripping in jewels!  She is wearing a deep pink fascinator with roses and veil along with a diamond and pink sapphire necklace and bracelet.   She has selected a beaded evening bag adorned with a pink and teal butterfly.

In the sunshine Domino truly sparkles, and it isn't just her purrsonality this time.  The birds and butterflies are drawn in by the spectacle.  She is like some rare flower they've never seen before.

A rose is a rose is our Domino. 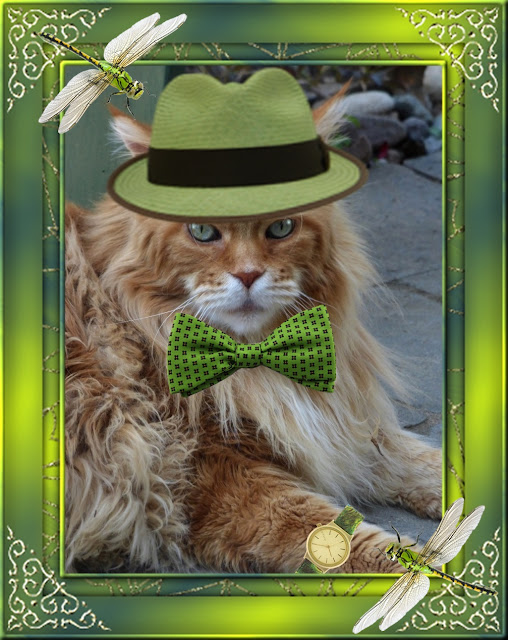 Dante is sporting a lime green straw fedora hat with dark brown band and trim.  His apple green bowtie is dotted with little black and yellow flowers, and even his watch band ties into the theme.

The dragonflies are green with envy when they spot our Dante.  After all they are attracted to anything green, and of course efurrything always looks greener from the other side.

The dragonfly says "Sometimes life can be a real drag!" as he drags some greenery along with him. 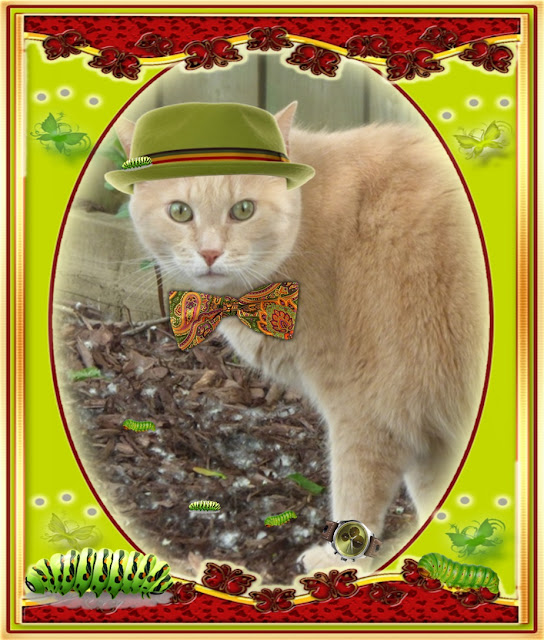 Dylan is up to his ankles in caterpillars, and there's even one that's fallen from the tree onto his hat!

Speaking of Dylan's hat, it's a lime green porkpie hat with striped band which he has paired with a lime green and orange paisley bowtie.  The face of his watch is lime green, too.

Before we have beautiful butterflies, they must go through a transformation from a crawly creepy caterpillar.  Dylan appreciates nature so he is willing to put up with these wiggly little creatures.  "At least it's only tempurrary" says he.

This little guy can't wait to get his wings. "Bein' a caterpillar really bites!"
Posted by CCL Wendy at Friday, May 27, 2016

You are gorgeous Domino. You all look wonderful and fashionable.