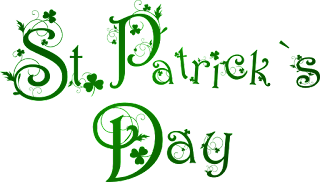 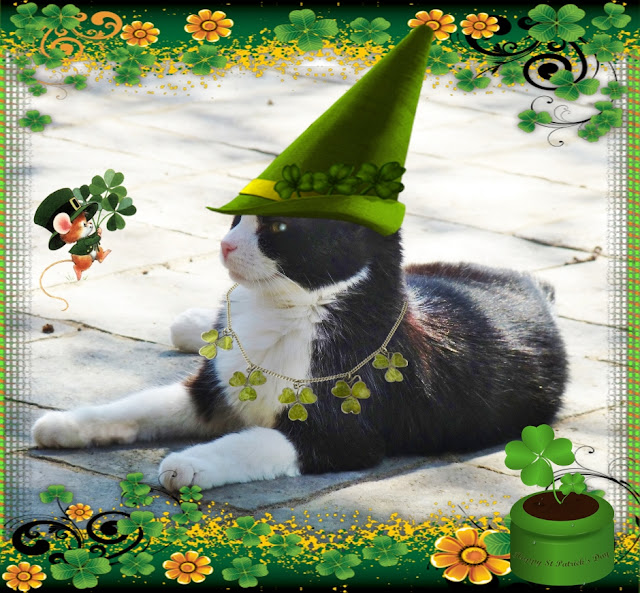 Domino is wearing her version of a leprechaun hat, high and pointy and adorned with shamrocks.  She also has a necklace of shamrocks around her neck.

Her mousy friend is doing a little jig and bringing her a bouquet of those four-leafed clovers for luck. It looks like Domino's all set to have a very Happy St. Patrick's Day at least until ... 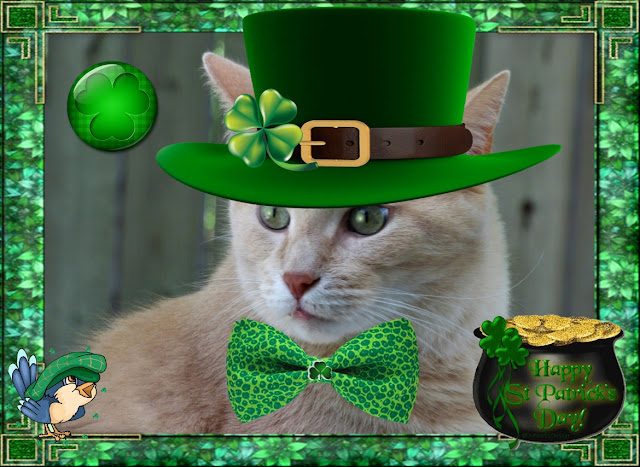 Dylan is celebrating today by wearing his style of leprechaun hat, which is basically a green top hat with a brown belted band and a gold buckle.  He's also sporting a green bowtie with a shamrock at its center.

Dylan and his bluebird friend are on the lookout for gold, doncha know?  It seems like they won't have to look too far. 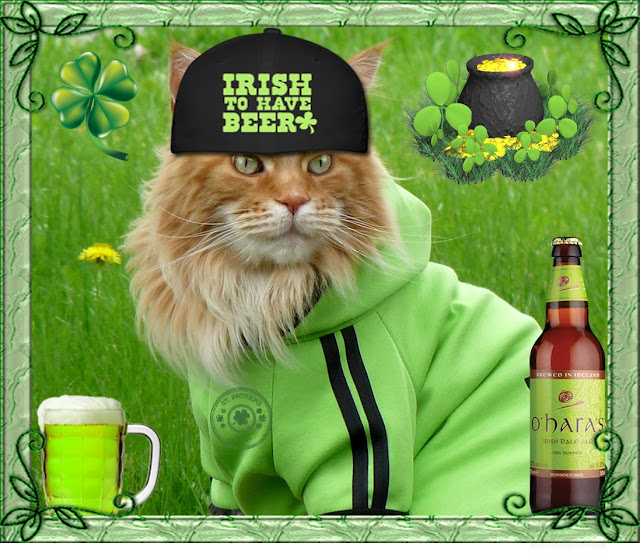 It's St. Patrick's Day and Dante's all about the beer!  His hat says it all.  He's more interested in guzzling that frothy green liquid than looking for gold.  At least he has his PURRiorities straight.

Y'all look wonderful! Happy St. Patrick's Day from all of us!!!