The 3-Ds change their hats and scarves efurrytime they go outside.  They wouldn't want to be seen in the same thing twice now, would they?

That's how you know they are true fashionistas! 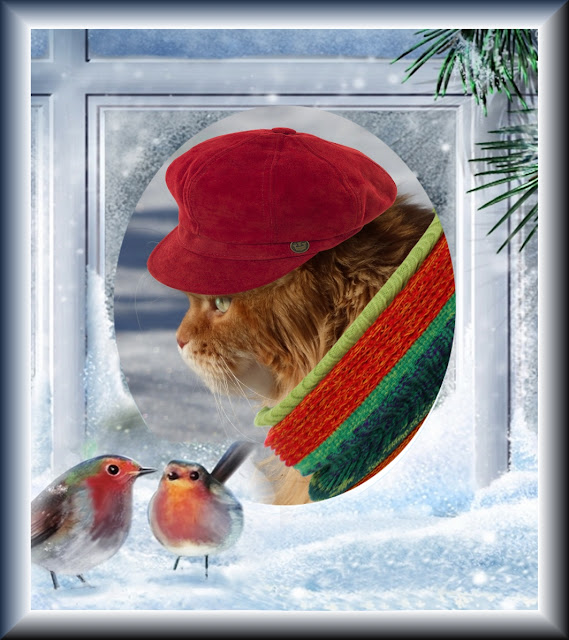 Dante's in a red suede cabbie-style cap which is luckily large enough to cover his deliCAT ears.  He is also wearing a bright multi-striped neckwarmer to keep his throat warm.  You want to keep those vocal chords ready for any emergency.  You never know when you're gonna have to yell for Mama at the top of your lungs.

These birds of a feather -- English robins they be -- are attracted to Dante's winter colours.  They are actually a Valentine's gift for Domino from her English beau, Milo, but Dante has been tasked to care for them until then. 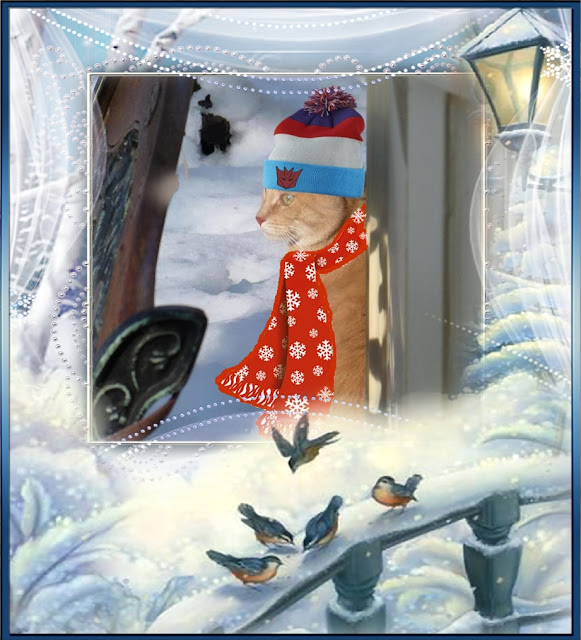 Dylan's sporting a blue, white, red and purple knitted Transformers hat with a multi-coloured pom-pom on top.  And he's all wrapped up in his red wool snowflake scarf to keep the chill away.

One thing he doesn't want to keep away is those bluebirds who have gathered around the front porch. They are one type of bird that doesn't mind the winter, and Dylan isn't prepared to wait until Spring for his other feathery furiends to return.

These bluebirds are rather wired up, though -- you might even say they're hyPURR!
All the better to elude capture, methinks. 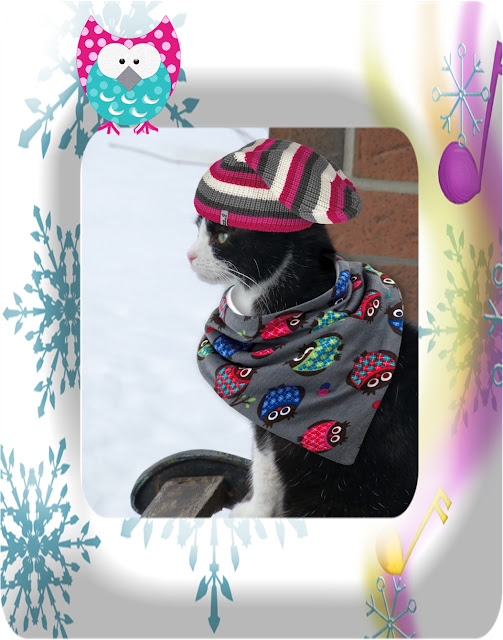 Domino is still stuck on her owl theme from last week.  She went out and bought a second owl scarf in gray tones with decorations of the colourful birds all over it.  She has paired this with a wool toque in bright pink, gray and white stripes.

Happily indulging in her latest fetish, all she has to say about this is ...

Y'all always look so amazing in your hats!