Today the 3-Ds, in addition to wearing hats, are also sharing a little something with each of their furry friends.  We have lots of wildlife in the ravine just behind our back yard, including squirrels, raccoons and rabbits, so the 3-Ds have lots and lots of furiends of various species. Dante's looking good in his teal felt fedora with amber suede band.  He has coordinated this with a teal "gangsta" bowtie which pictures bowler hats and spats.  The sun is shining in his eyes, so he's donned a pair of Cartier sunglasses to screen out those rays.

He is sharing some nuts and seeds with his squirrelly little furiends.  And boy, they really seem to appreciate it, too.

One of Dante's squirrel friends is shaking his martini for him.  Who knew the little beasts could bartend propurrly? 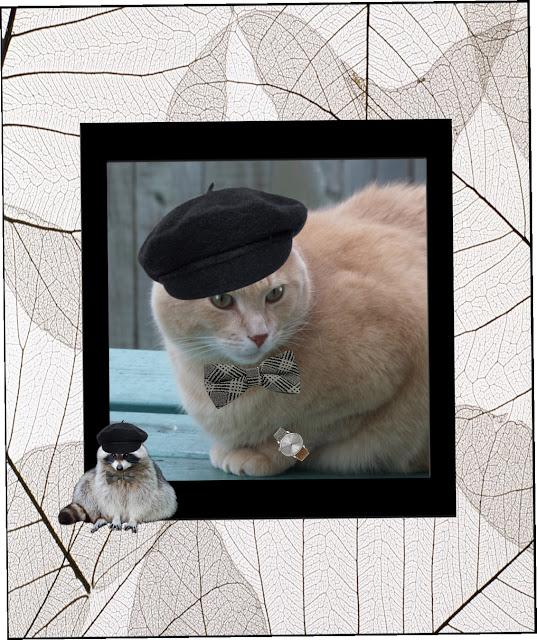 Dylan is wearing a deep charcoal knit cap which is something like a beret with a peak!  He has paired this with a taupe and black checked wool bowtie, as well as a coordinating watch,

Dylan is sharing his hat and bowtie with his furiend the raccoon.  They both look quite dappurr don't you think (even though raccoons don't actually purr)?

Little does Dylan know that the furiendly raccoon also has a gift for him in return!  But for that he'll have to wait for Christmas. 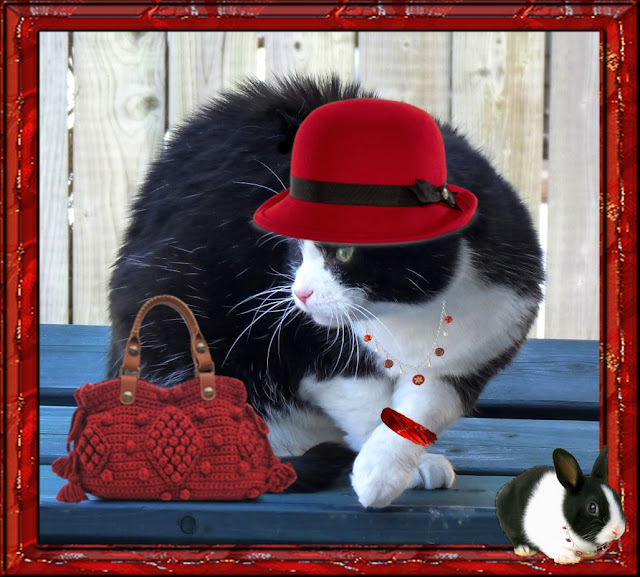 Domino is striking in a red wool cloche hat with black band and bow.  She is wearing a red glass-and-pearl-beaded sterling silver necklace, along with a bright red acrylic bracelet.  She is carrying a red-wool-knit satchel where she keeps all kinds of goodies.

Domino has given a tiny version of her own necklace to her furiend the tuxedo rabbit.  I just hope that bunny doesn't chew on it and choke! 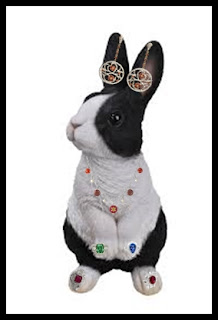 But not to worry, because now her bunny furiend is obsessed with jewelry -- she wants to wear it, not eat it!.  As well as her necklace she's wearing rings on her fingers and toes and a pair of diamond and ruby earrings are dangling from her ears.   This bunny's going bankrupt!!!
Posted by CCL Wendy at Friday, December 04, 2015