The 3-Ds are making the best of the waning moments of summer.  They have chosen hats that they feel will also transition into fall. 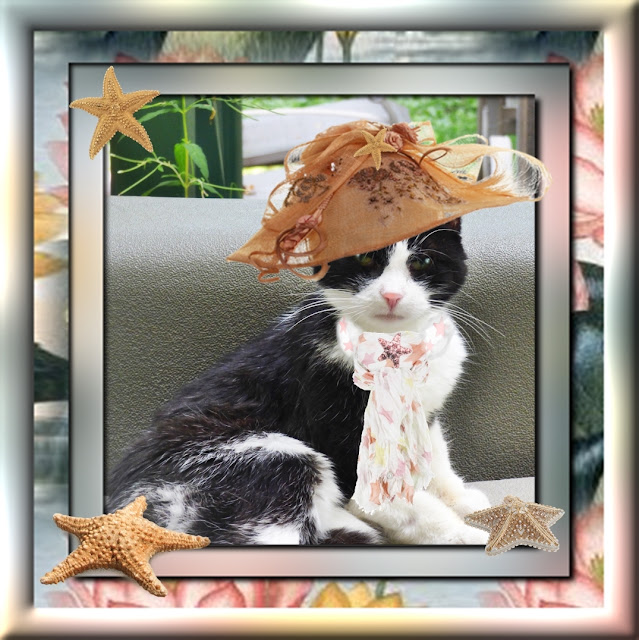 Domino is wearing a gold coloured Sinimay hat with much flourish, and many flourishes.  There's even a small gold starfish near the peak.  The theme is carried over into her stylish scarf which is patterned with stars in peach tones, and fastened with a starfish brooch.

The starfish she is holding between her paws is actually a little clutch bag studded with pearls!

And even though starfish predominate in Domino's chosen attire, today, she is still the brightest star of all. 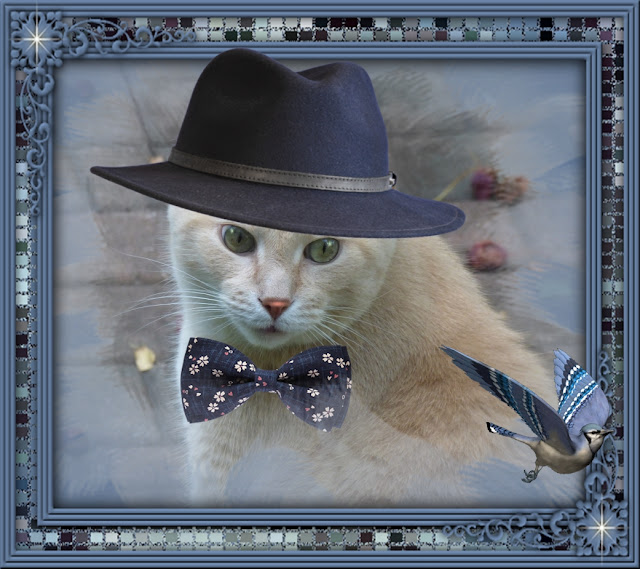 Dylan is quite dapper in his navy blue Stetson and navy floral bowtie.  "I has lern'd not ta pick da flowers, so instead I jus' wears pichurs of dem.  Dat way I kin keep dem fresh furever!"

However, some things are not so easily kept.  Dylan's feline a little blue as he says goodbye to his friend, the bluebird, until next Spring.  "Is a bittersweet time a yeer!" says he.  "So flock off now until we meets again." 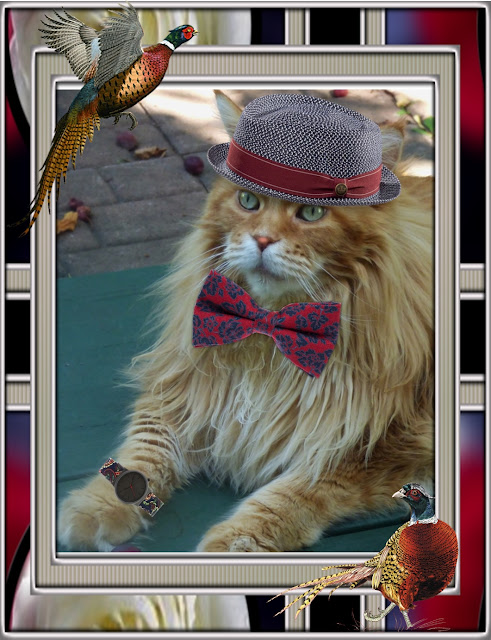 On the other paw, Dante is having a rather 'pheasant' experience greeting his feathered friends who have just arrived for the fall season.

He is sporting a navy and white pork pie hat with red band, and a rather large red and blue floral bowtie.  He is also wearing a watch with a blue and red paisley band to coordinate with his chosen colours. He really likes to make a statement, he does!

And that statement is:  "Fezants is moar dan jus' birds, dey is a Fanksgivin' dinnah all wrapped up in colourful feddahs."

Who knew they could move so fast?  Run pheasant, run!