The 3-Ds are out and about and enjoying the early fall weather. 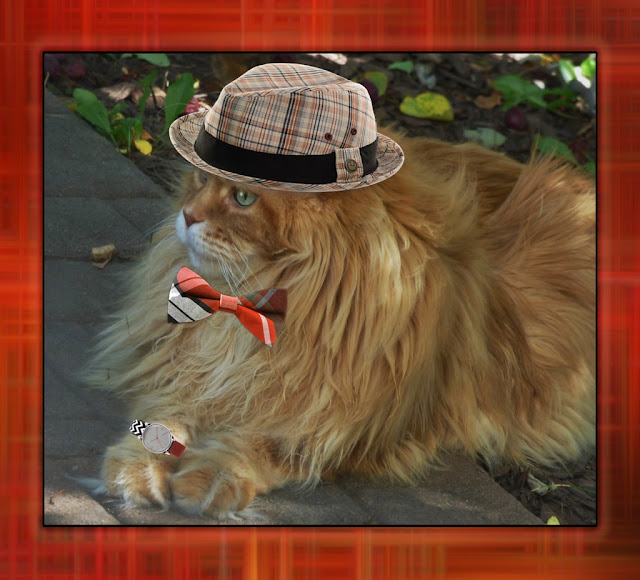 Now that fall is here, Dante has chosen to wear warmer colours mixed with black and white.  His hat is a rust and navy pork pie hat with black band, and his bowtie a rust, orange, white and black mix. He is also sporting a watch (with timer) that has a coordinating band; half black-and-white zigzag and half rust suede.

"I wonts ta get Fall off to a good start", says he after starting the timer. 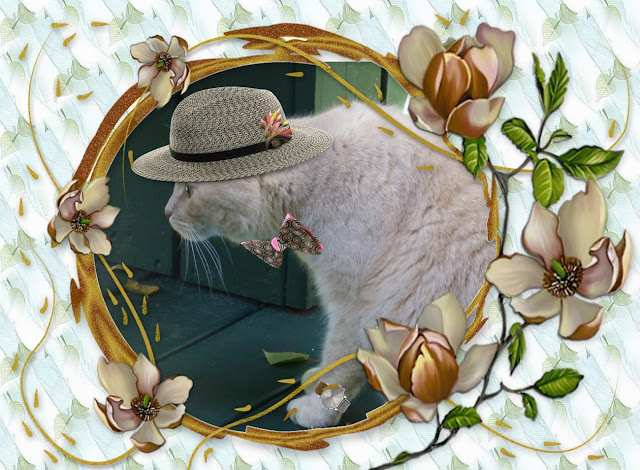 Dylan is ever so dappurr in his ivory and black herringbone fedora with black band.  It is decorated with a swath of feathers in pinks, reds and yellows.  He has selected his bowtie picking up on the pink theme which matches well with his mood.  Fall always makes Dylan feel like he's in the pink. He prefers the cooler weather.  Dylan also has a watch with a rust suede and herringbone band, but he's not concerned with time right now -- just with enjoying the moment.


There's no 'bones' about it.  Dylan's really into herrings, especially the red ones.  So much so, he has even copied their style! 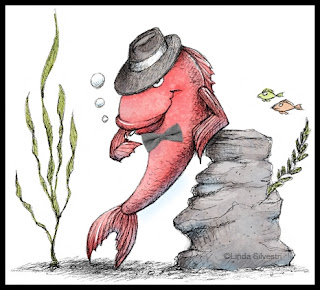 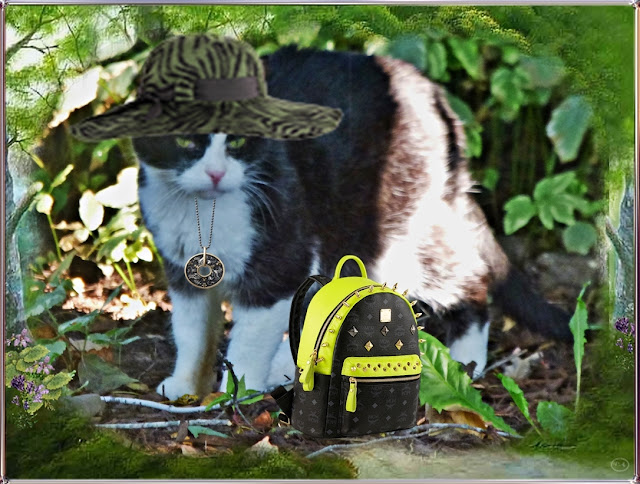 Domino is on safari in the nearby woods.  She has chosen a wide-brimmed green and black animal print hat, and a sturdy astrological pendant as a good luck talisman.  She is backpacking it with a stylish black and lime green studded pack which demonstrates her true 'metal'. 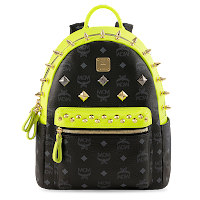 "It kin dubble as a weapun if I efur runs into trubble!" she declares.
No wonder it's not safe to go into the woods anymore!
Posted by CCL Wendy at Thursday, September 24, 2015