Each of my 3-Ds is rife with cattitude, but today, on Tuesday, they also have plenty of HATtitude! 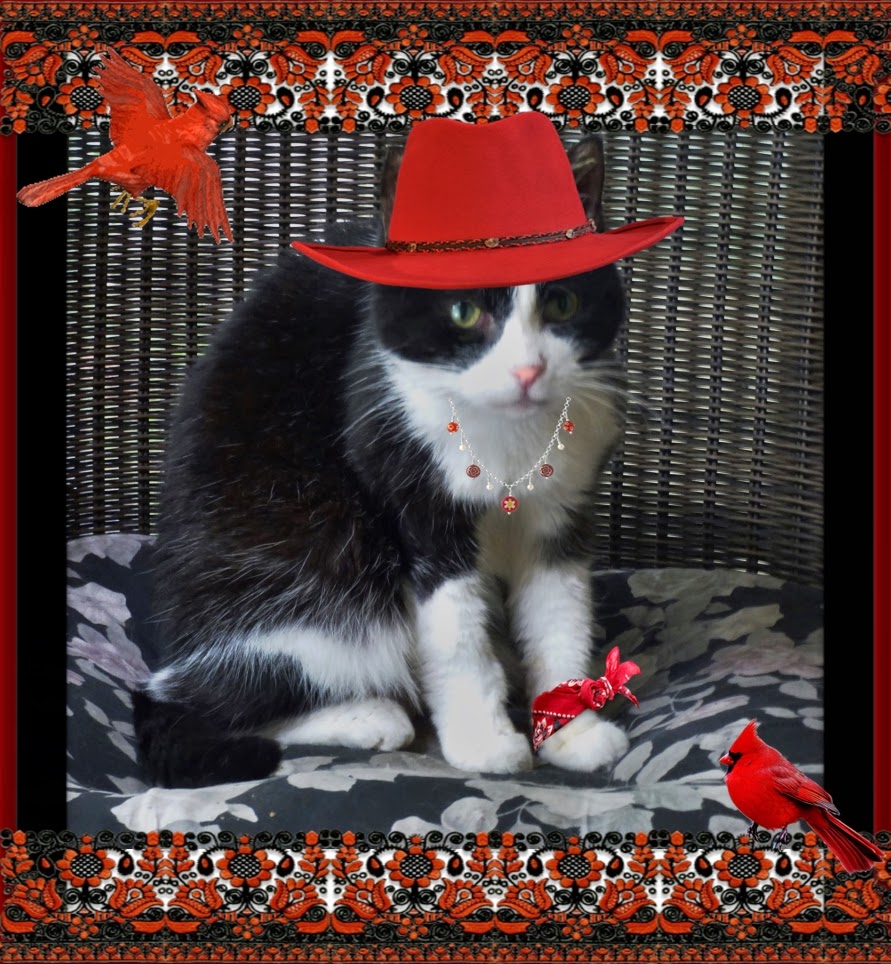 Domino is wearing a fancy red cowgirl hat with beaded band, and a jingly silver necklace with red beads to go with it.  She has also tied a red scarf around her dainty wrist, just so she could be 'reddy' for anything.  Her cardinal friends showed up to support her 'reddiness'.  "Go red!", they chirp. 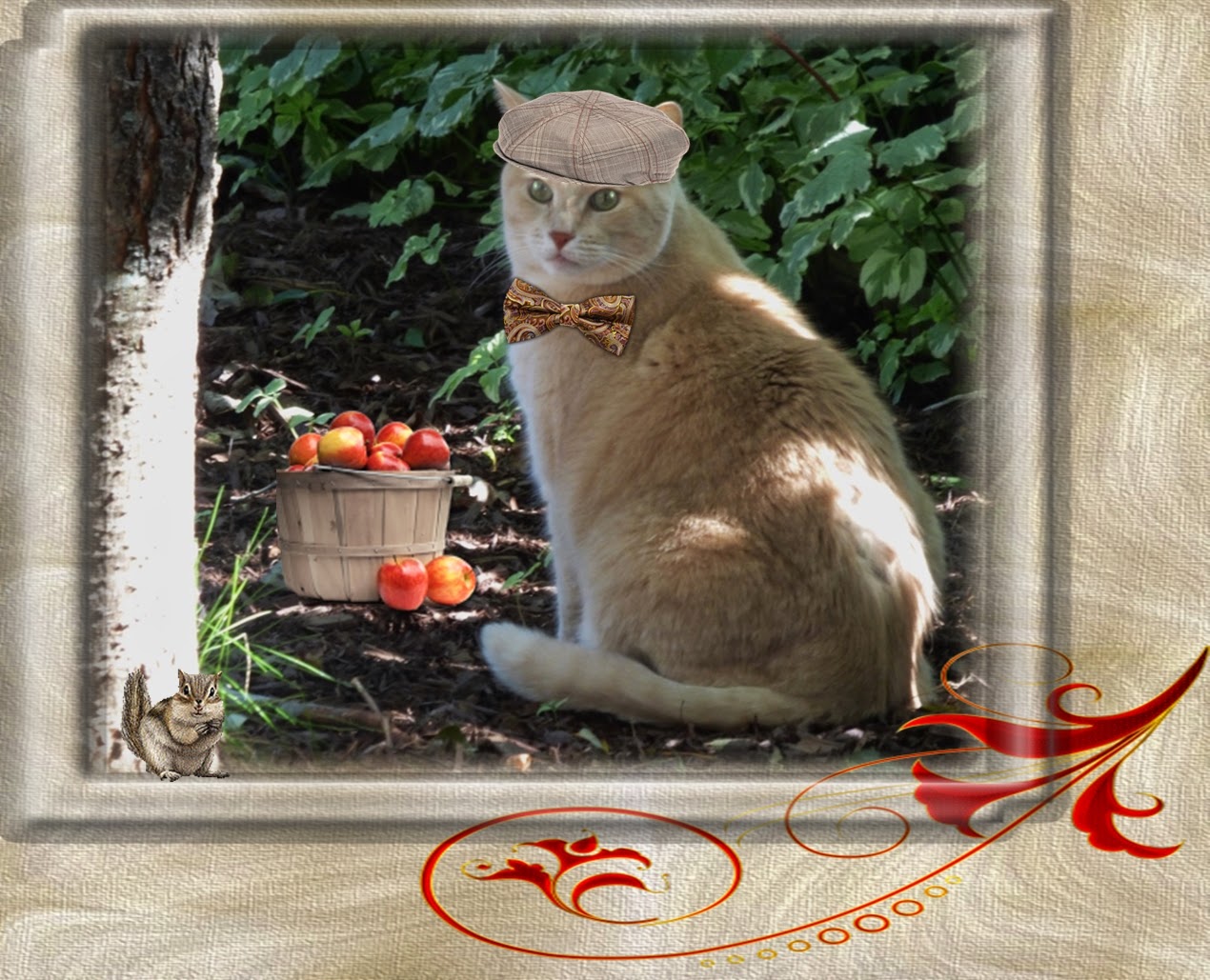 Dylan is sporting a taupe and red plaid Catsby cap and a bowtie that punches up the more muted tones of his hat.  It's fall and it's apple-picking time, so Dylan has enlisted the help of his little chippie friend, though I think more will get eaten that way! 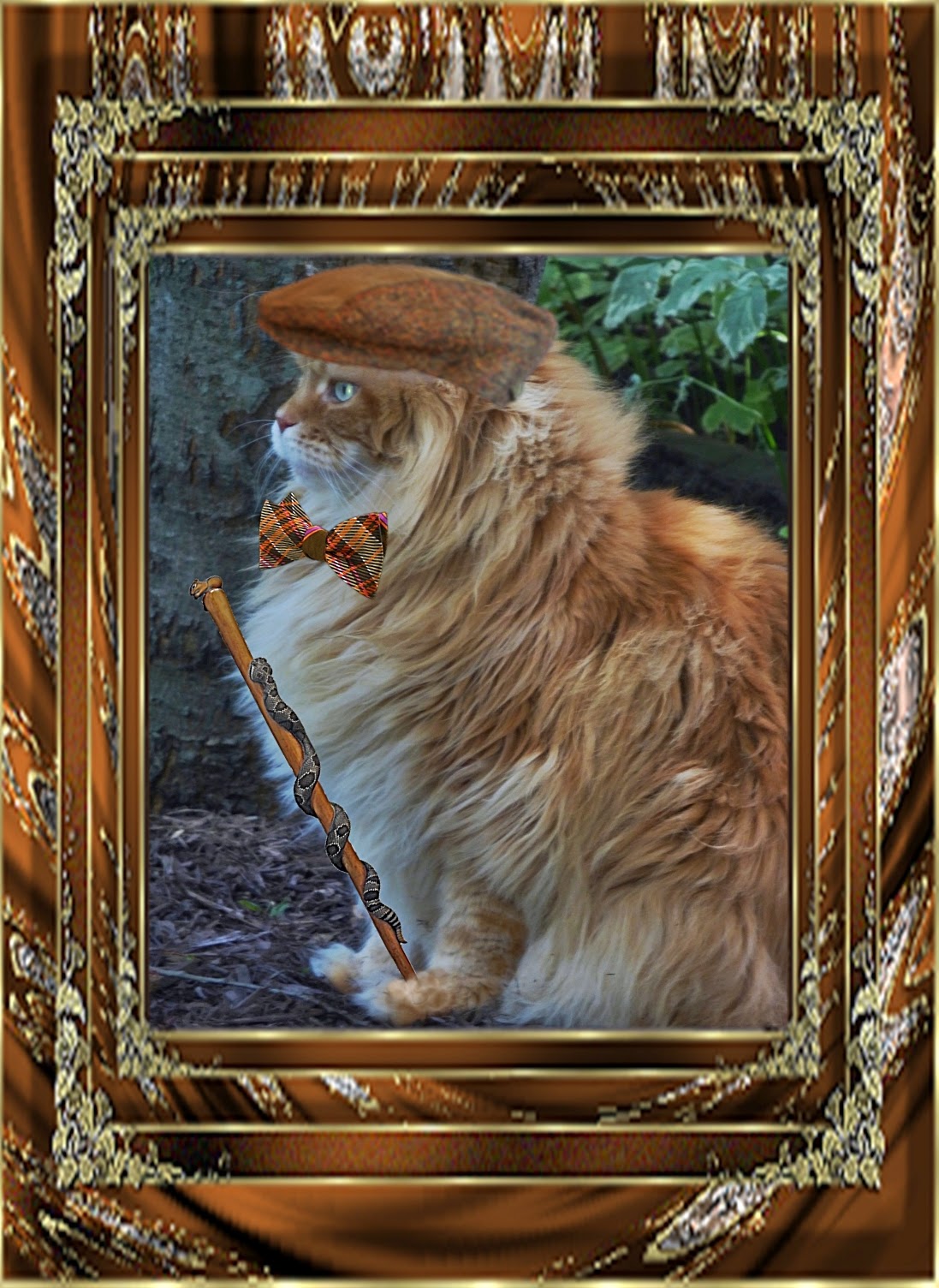 Dante's selected a rust and green tweed flatcap with a suede top, and, of course, a coordinating bowtie with emphasis on the rust.  He is carrying a very unique walking stick which has a carved wooden snake on the stick itself and a chipmunk on top.  I don't think he'll be attracting much wildlife anytime soon!  "Is good fur a kwiet walk in da woods", says he.