Dylan can be found most days, when the weather is fine, underneath the porch chair. 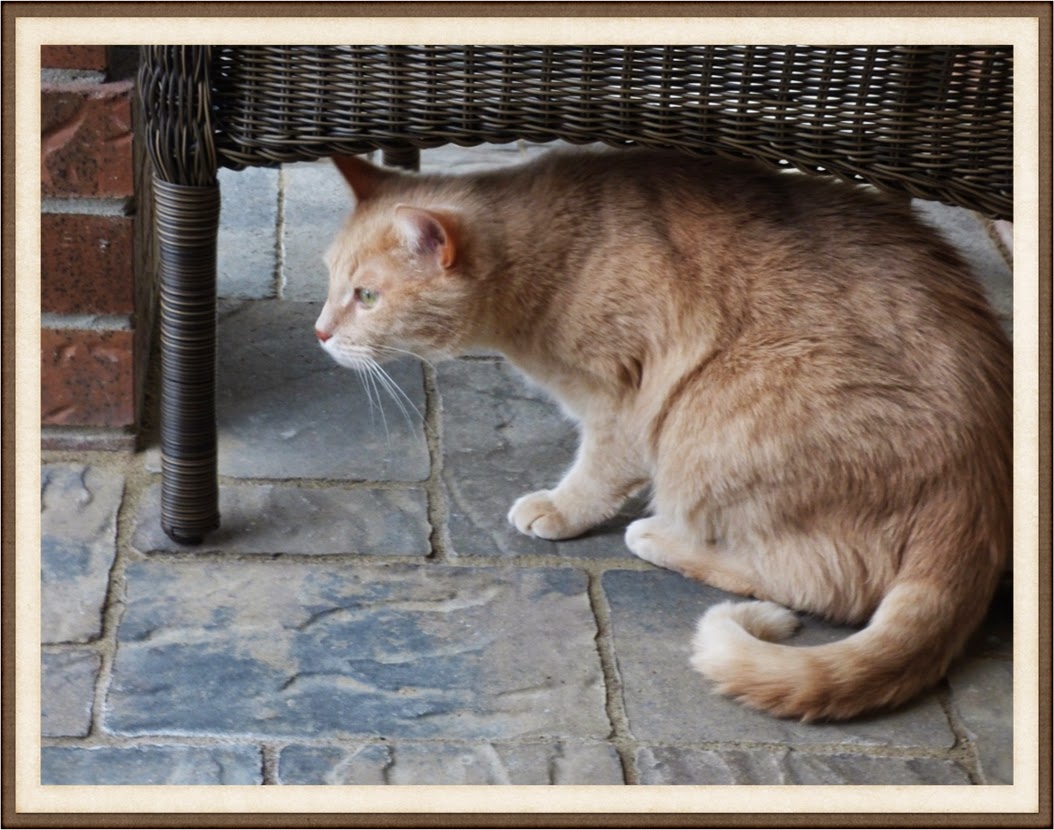 It's a good place to hide while getting a good look at what's going on out there. 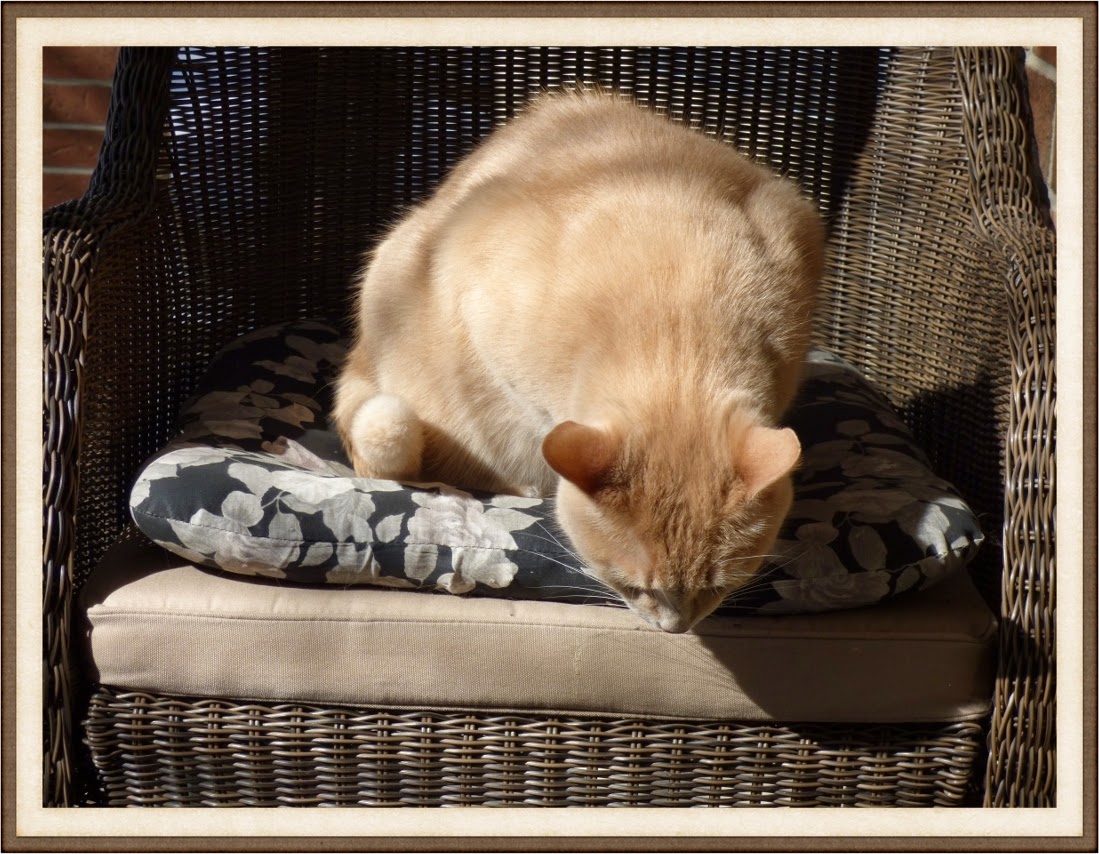 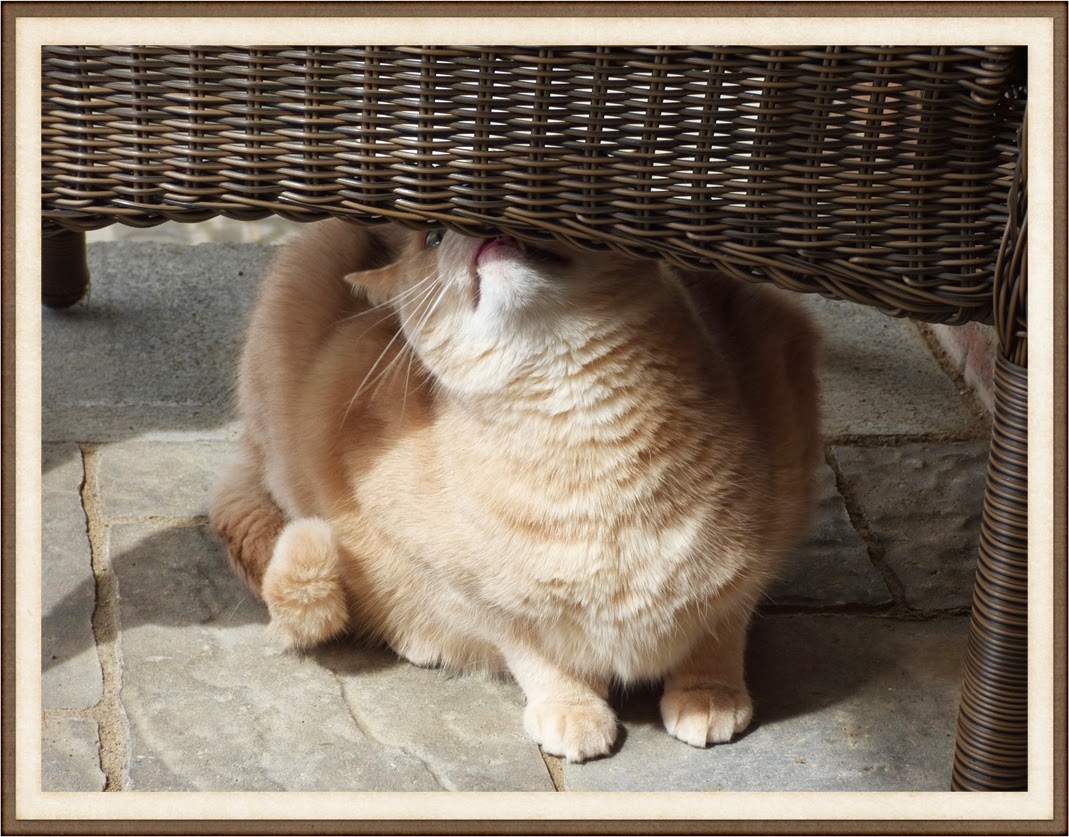 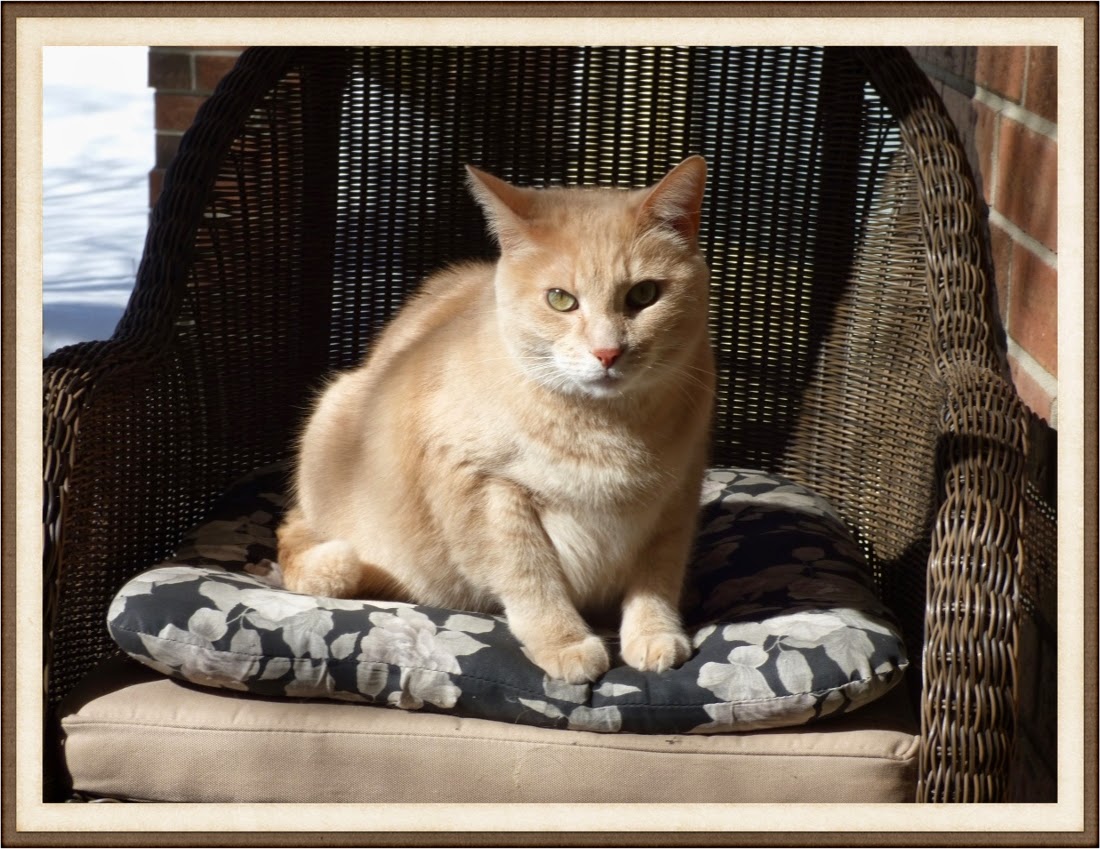 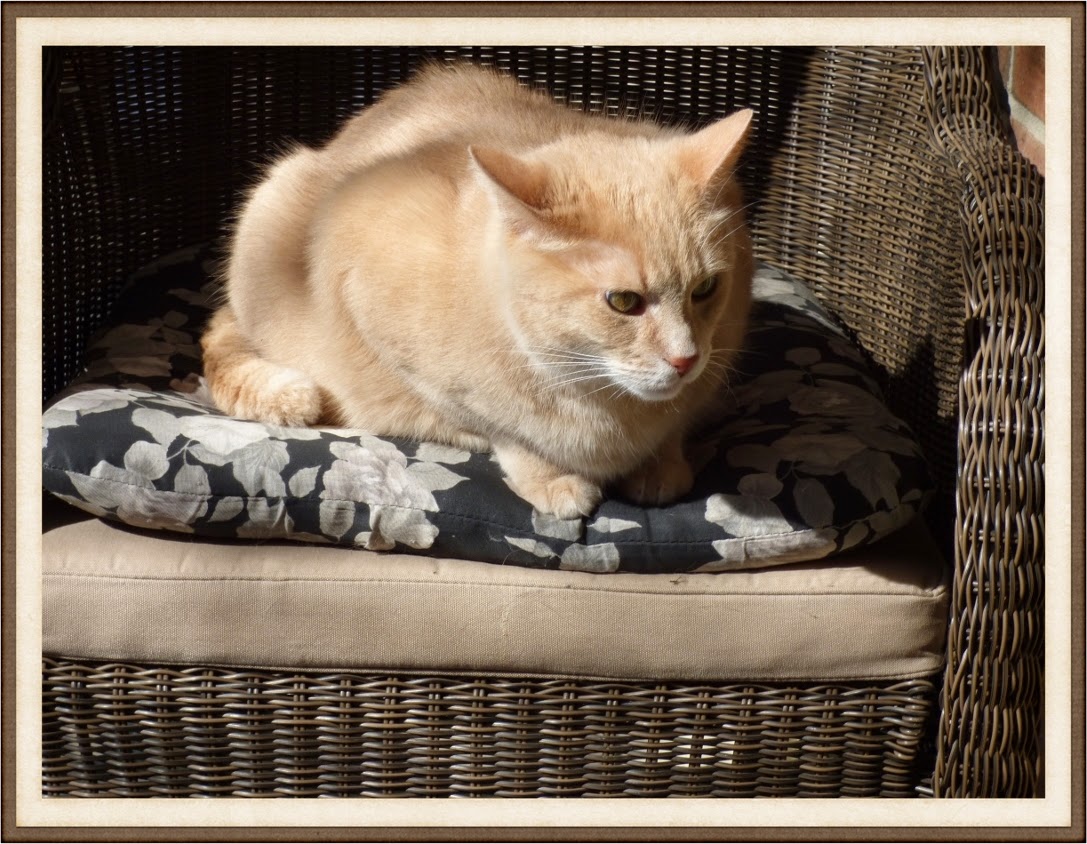 So 'Dylan the PETrified" jumped up and into his alter ego's place. 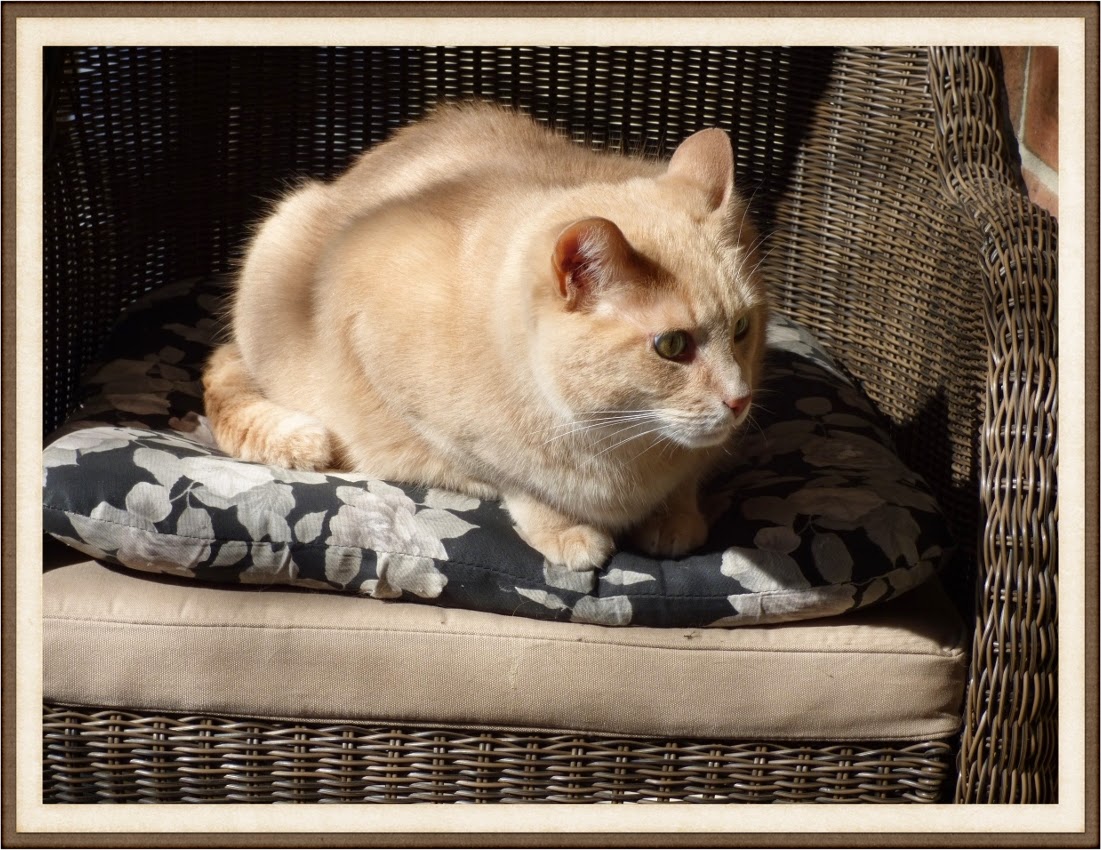 Once seated, Dylan's fears took hold.  He had to make sure the front door was still open for a quick escape. 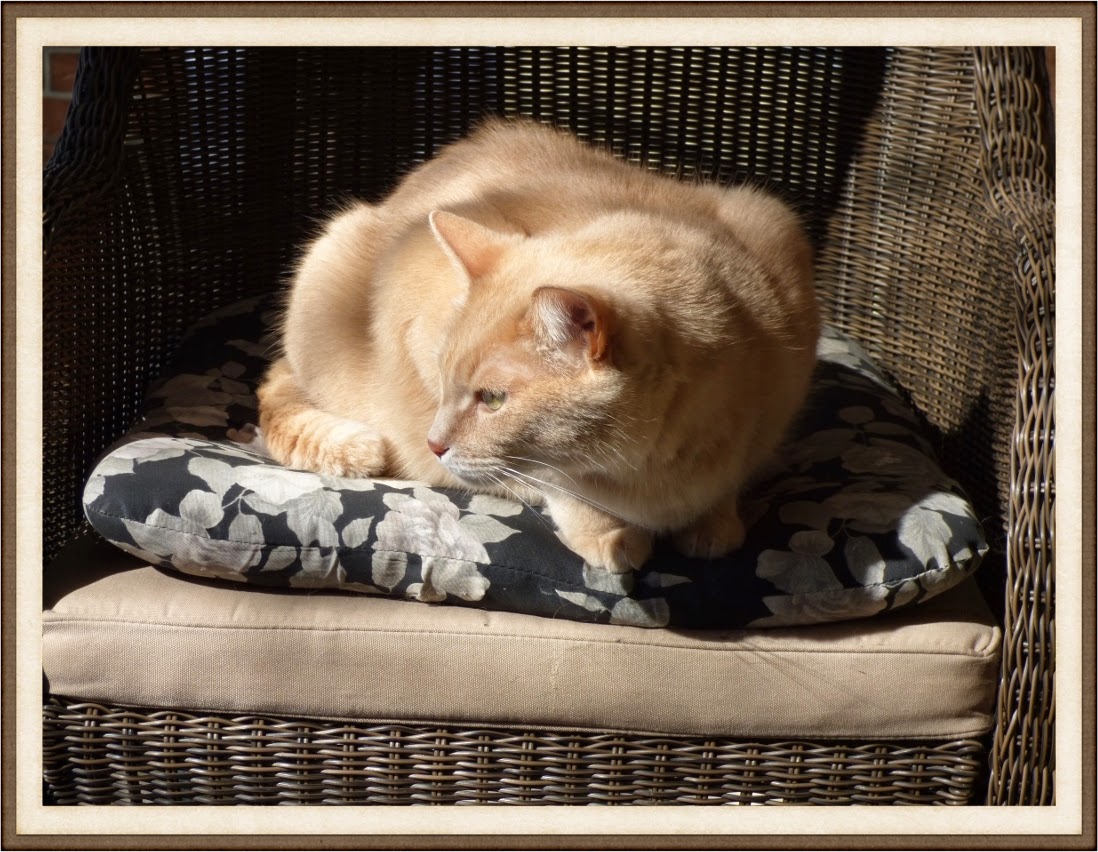 And he checked street-side in case someone, or something, was trying to creep up on him. 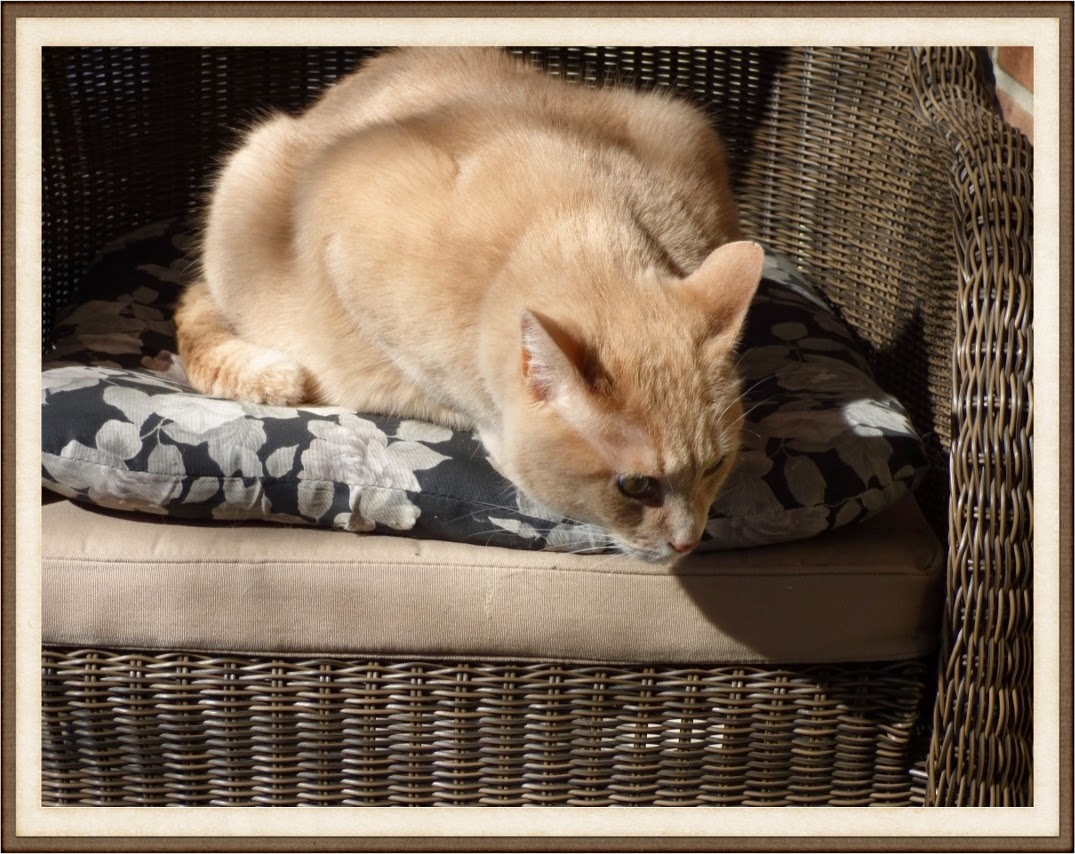 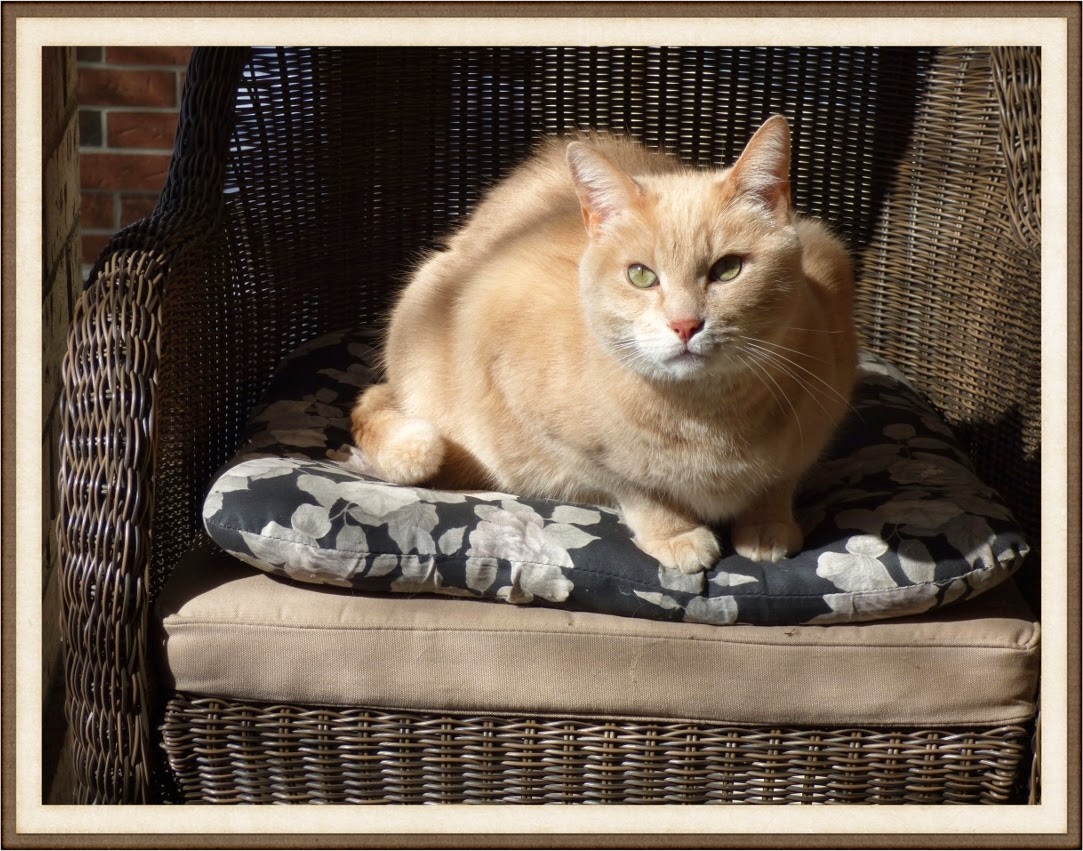 "Oh, dat's ware yoo went!", says "Dylan the PETrified" to "Dylan the Brave".  Thanks fur da heads up cuz it's nice comin' out from down undah.  I loves dis seat and yoo gave me da courage to come out on top fur a change."

I wonder what "Dylan the Brave" will teach his cowardly friend next. 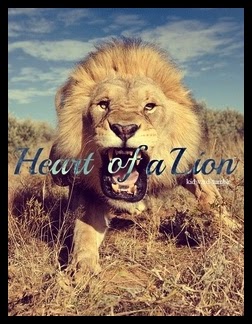 Is it PAWSible that "Dylan the PETrified" has the heart of a lion after all?