Domino is anxious to check out her domain after the long winter.  There are lots of new sights and smells around and she takes her time investigating each one. 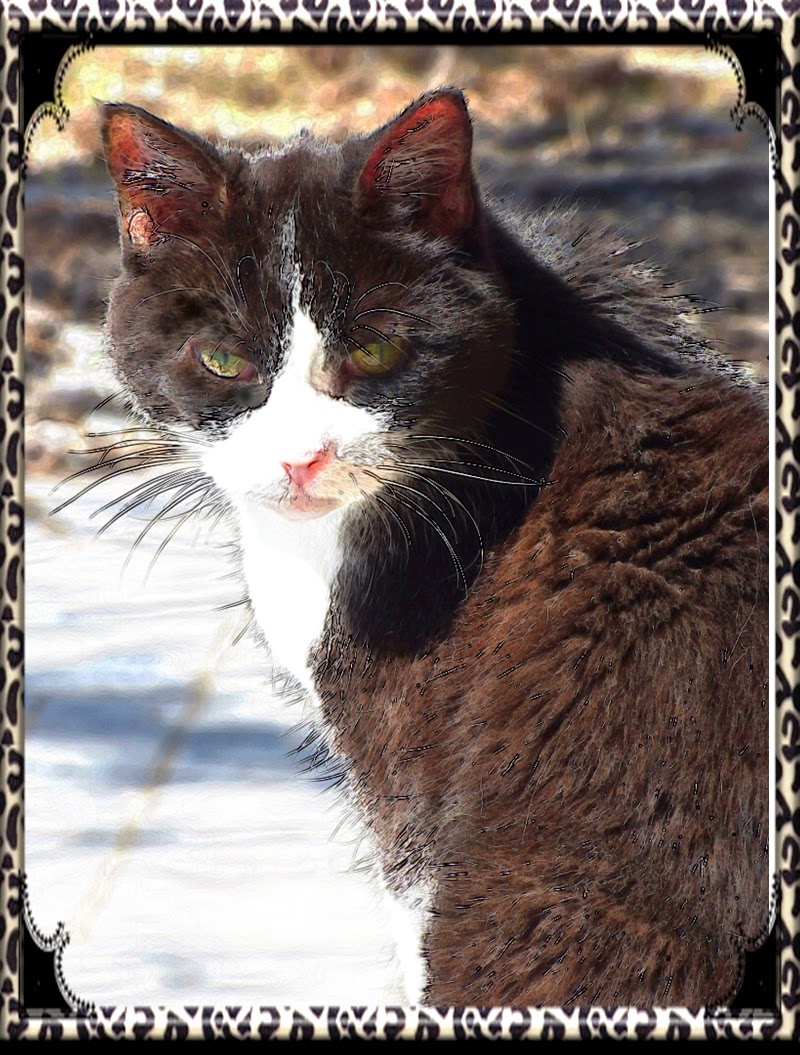 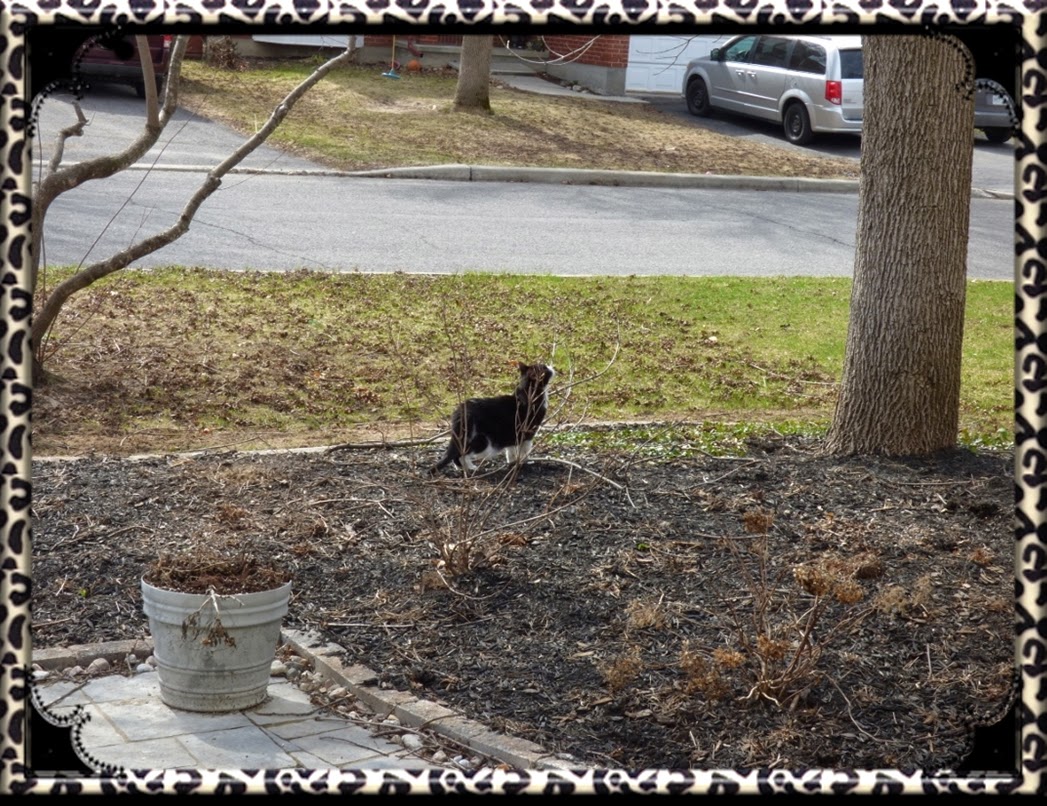 "Now I noes how Twiggeh feels!" 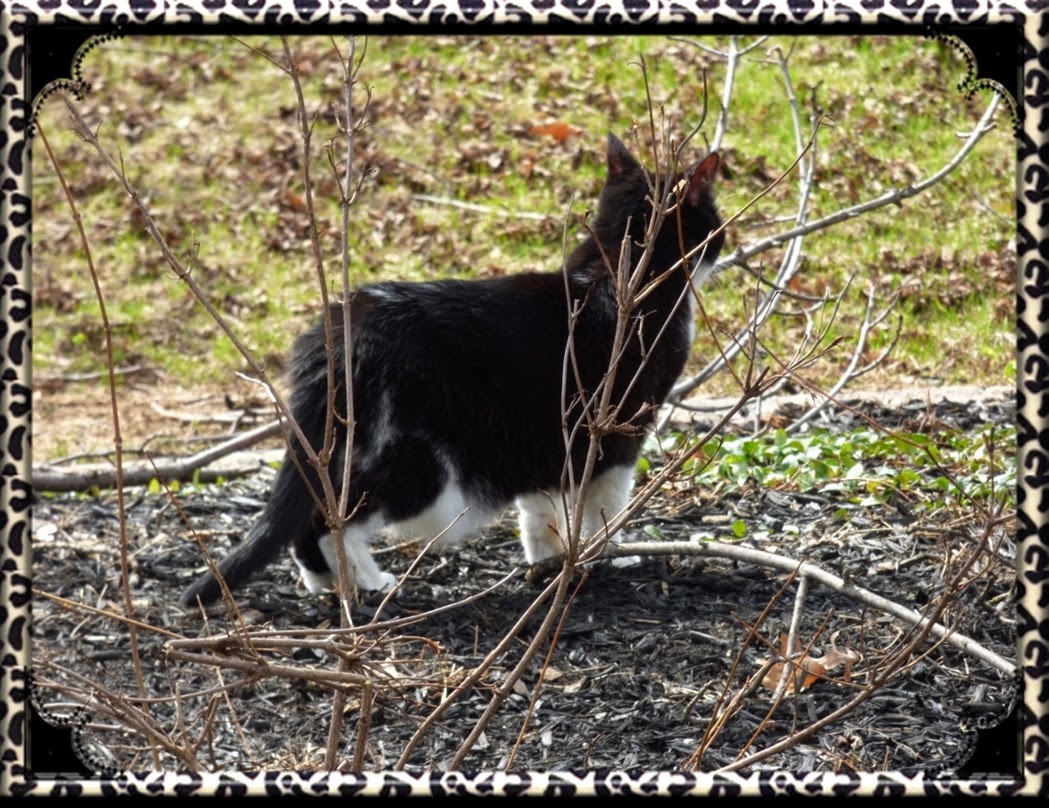 "But wait -- dis looks promisin'!  Dere's sumfing green in da gawdin close to da grownd.  Why I fink it's da PURRiwinkle winkin' back at me!" 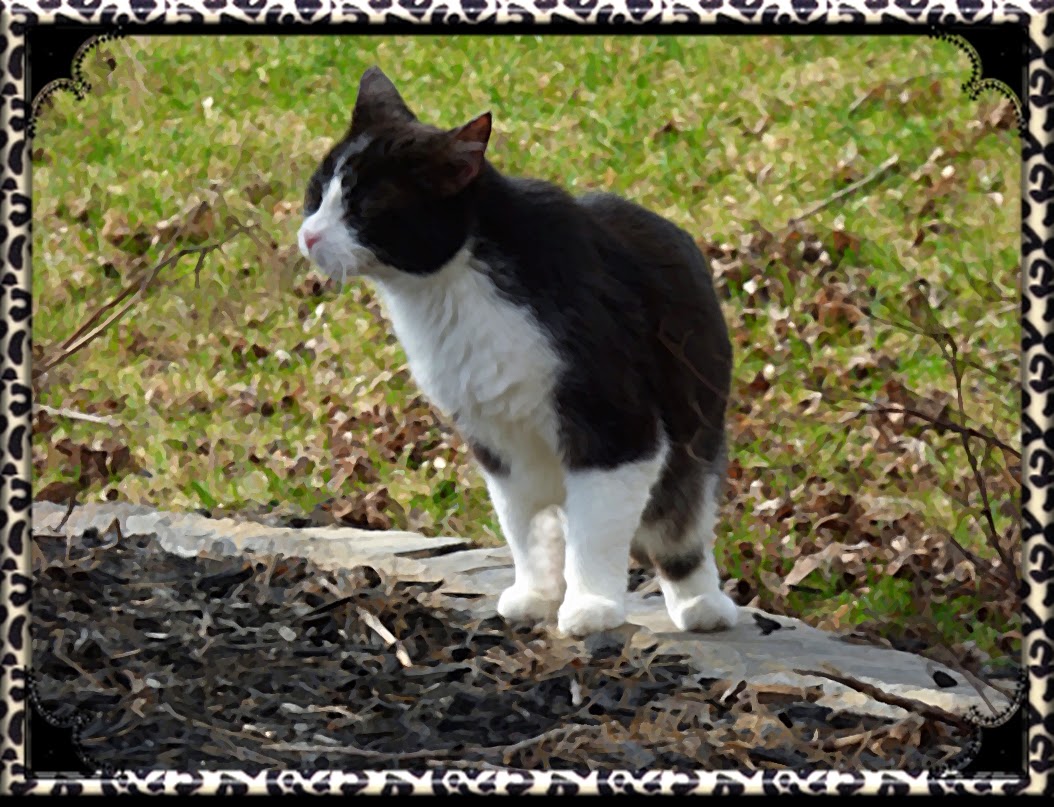 Even though Domino has no boundaries, the garden does ... 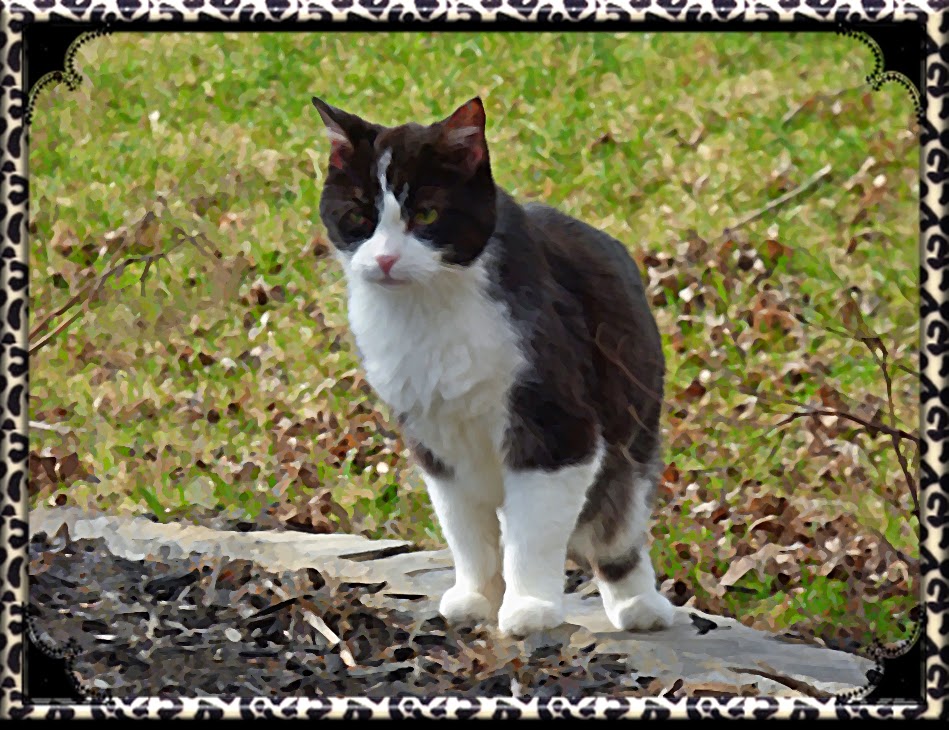 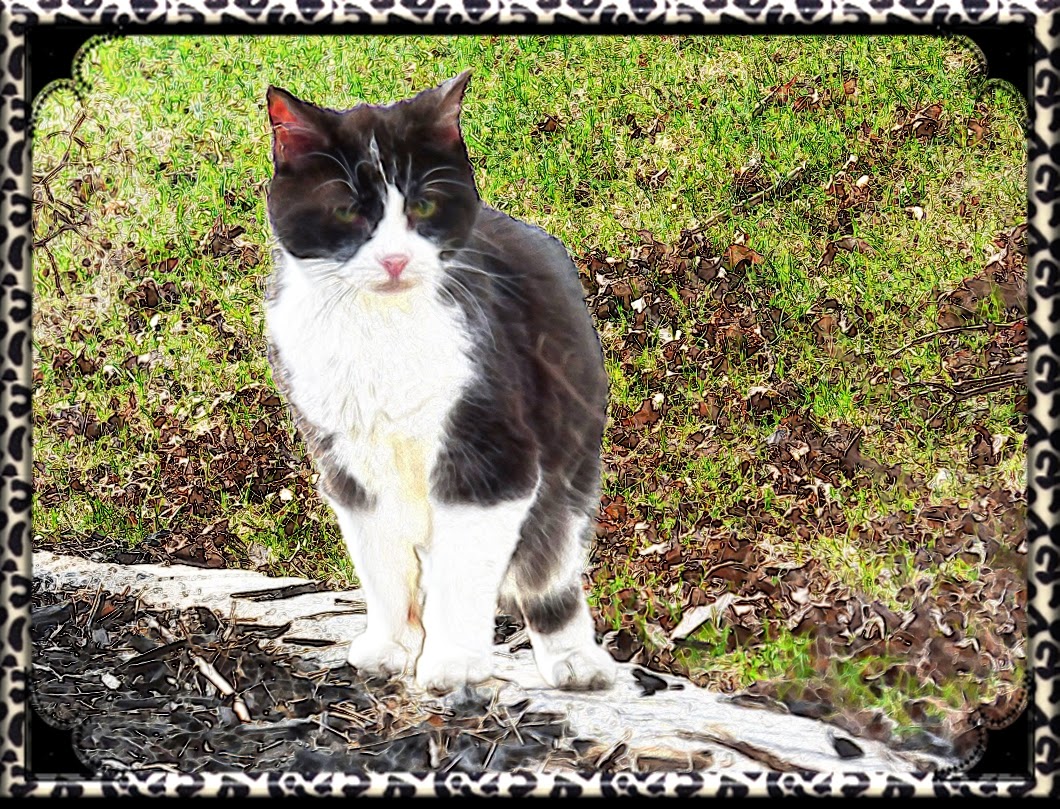 There are no holds barred ... 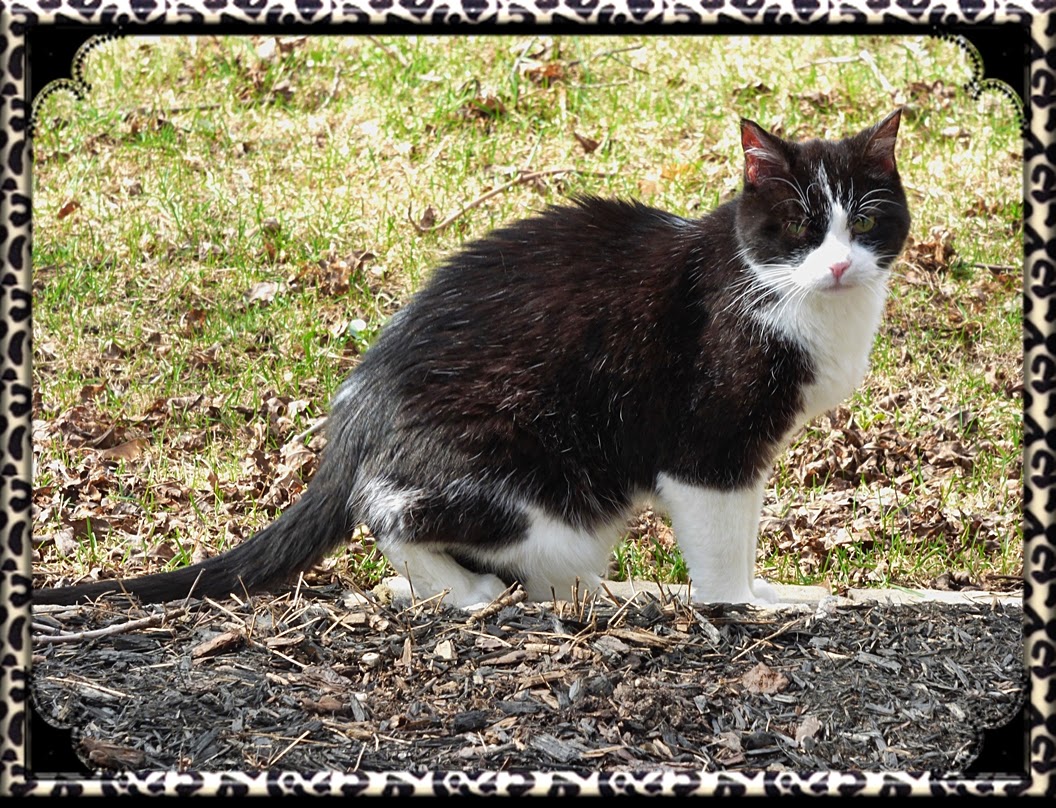 ... when it comes to the search for more signs of life. 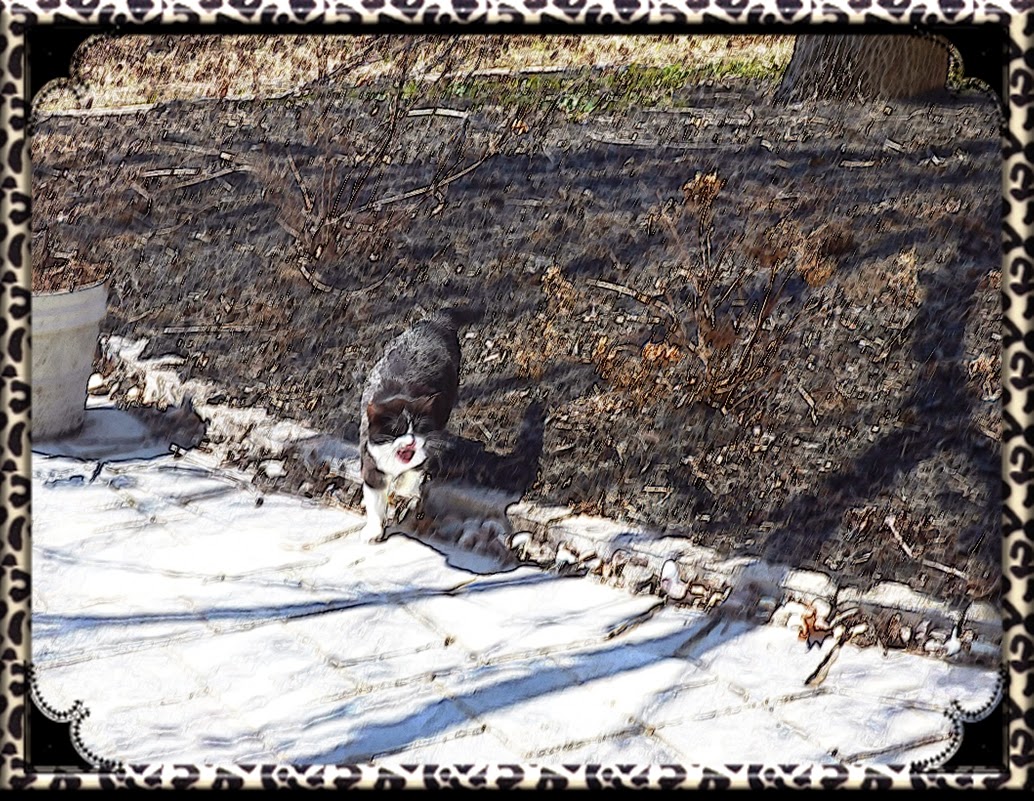 "Den I reports back", says she. 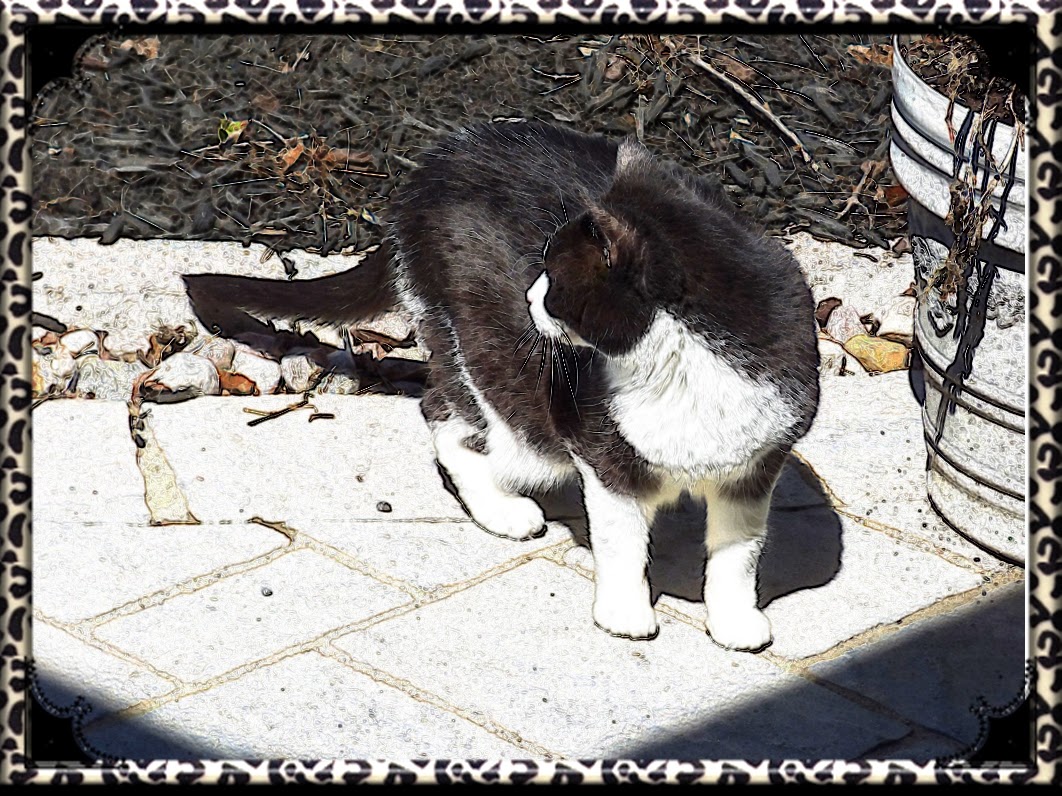 But she takes one more glance before ... 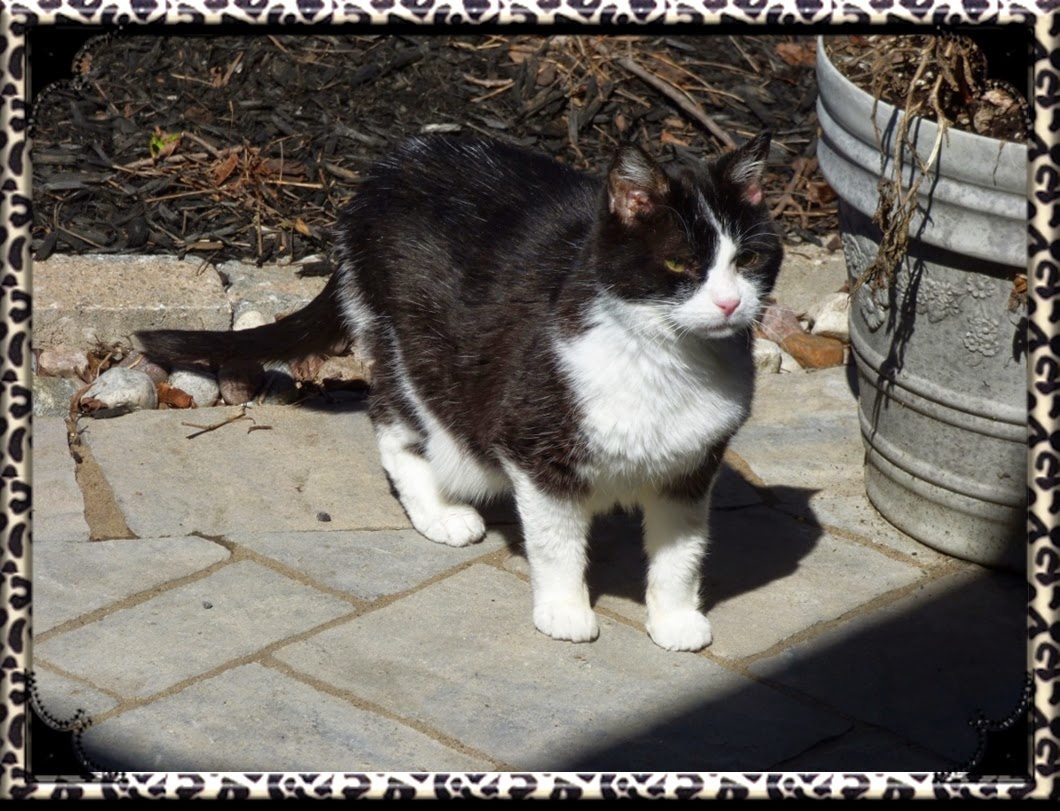 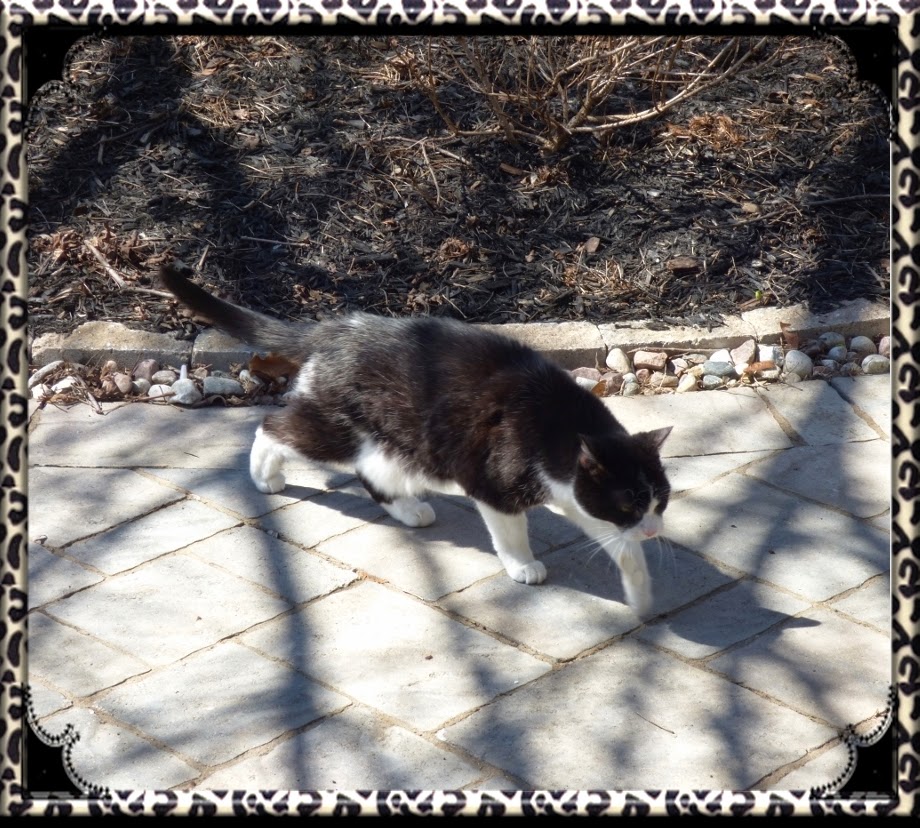 "SPURRing may be late, but it has defunitely SPURRung!", Domino declares. 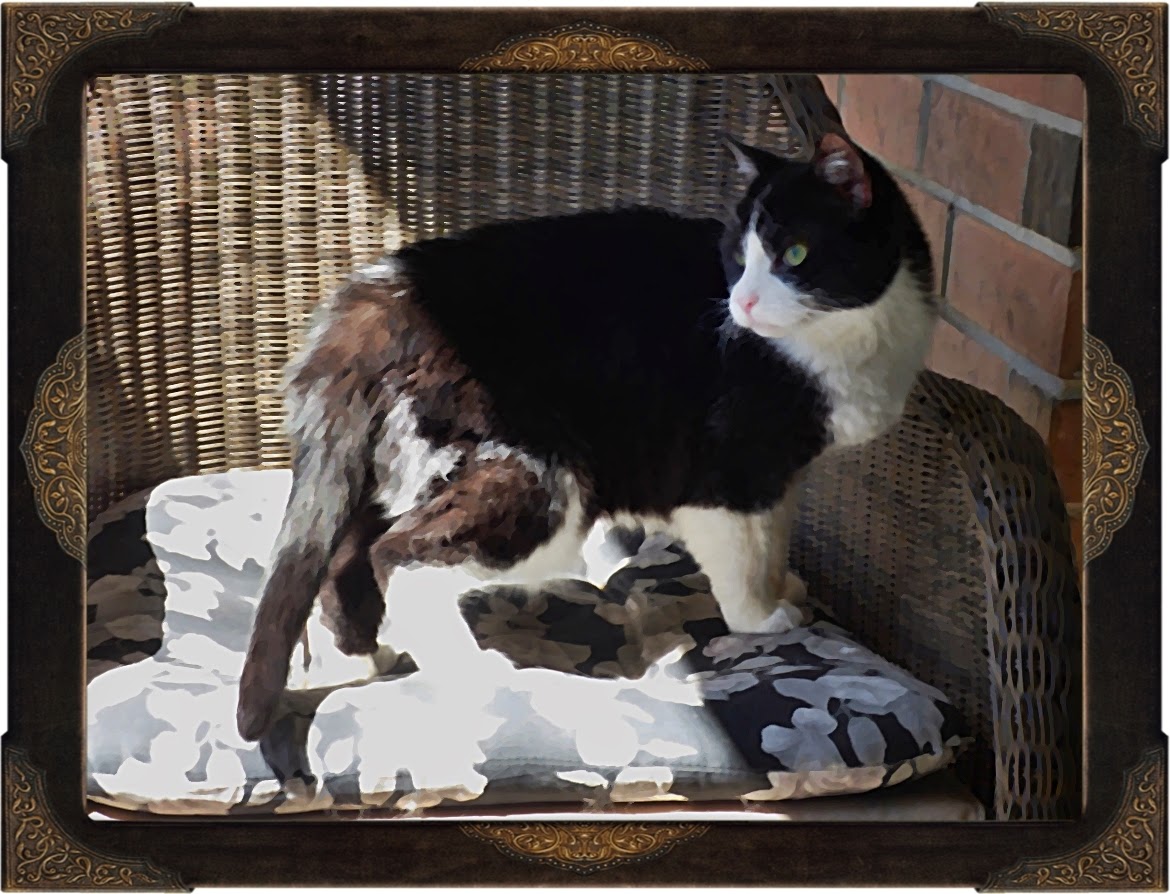 In the end, Domino vows to keep a close watch and dreams of days not long from now when everything will be in bloom once again.