I had a party on the weekend with my girlfriends, including my best girl, Domino, of course.  Domino was dressed up for the occasion.  She always likes to be fashionable when hostessing.

You will notice how Domino poses for each picture.  She likes to be front and center as much as possible!  She's not a fan of the flash, however, so that's why her eyes are mostly half-closed. 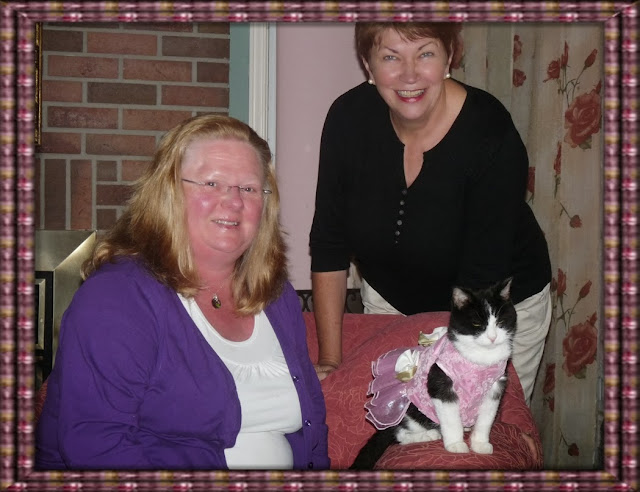 Here is Domino with Auntie Val and Auntie Renate shortly after they arrived. 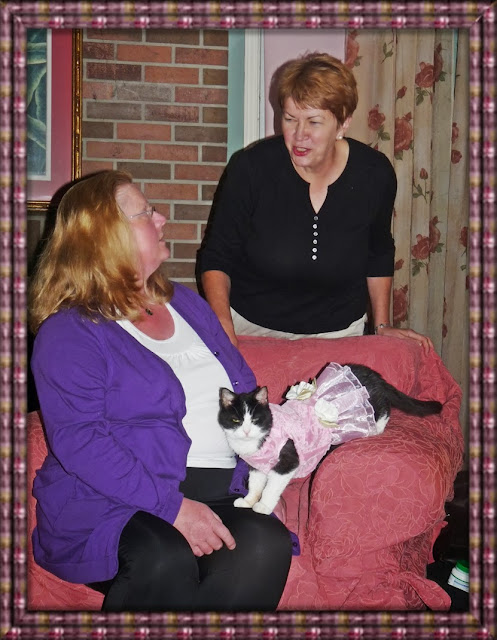 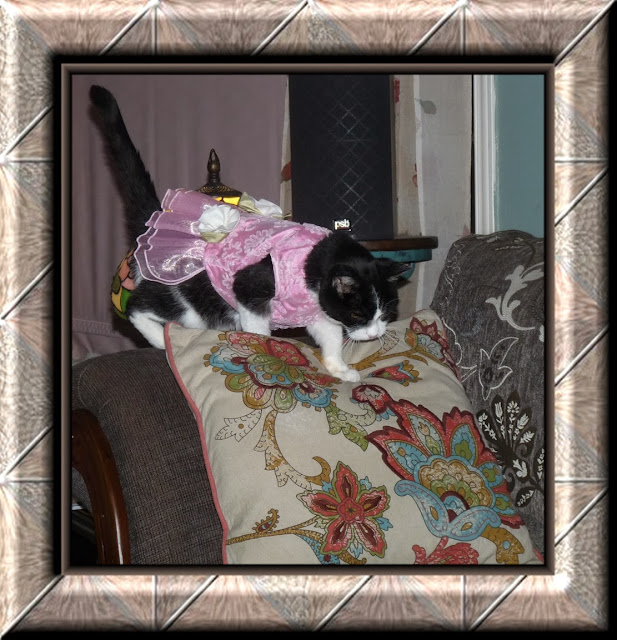 Then Auntie Renate went to sit down on the couch, so Domino followed.
"How wude!" she thought.  "She cudda carried me, at leest!" 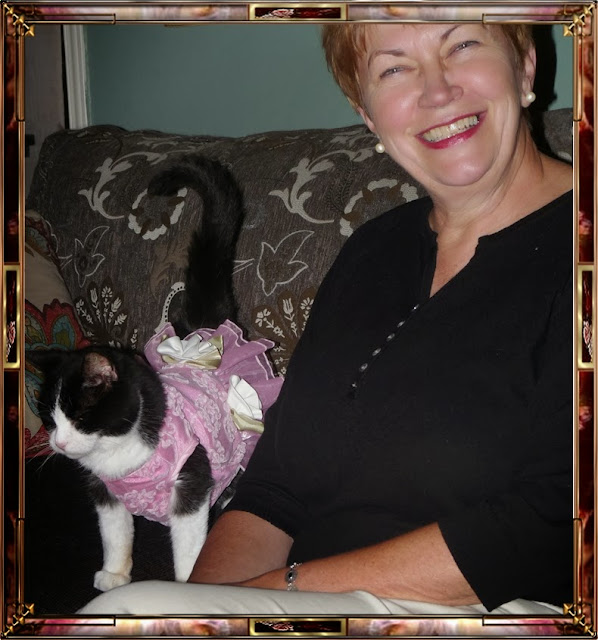 While Auntie Renate is busy smiling for the camera, Domino is thinking "I'm heer, I'm heer -- pick me up why doncha?" 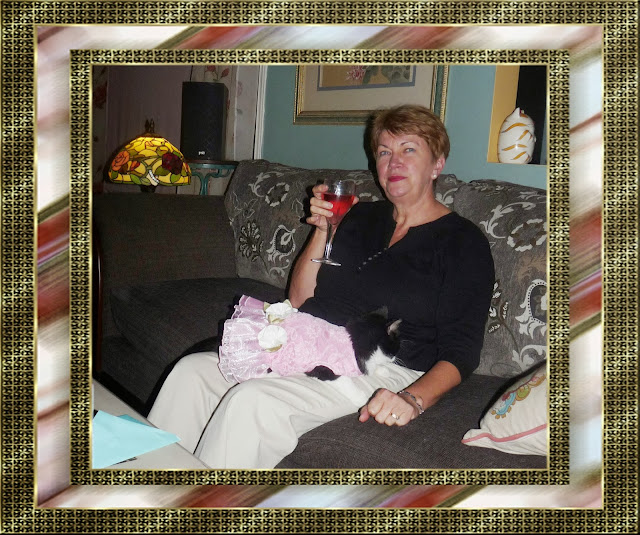 Finally, she got some laptime! 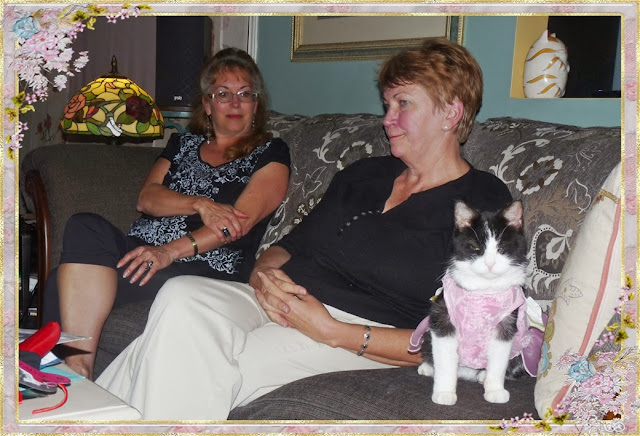 But not for long, because Auntie Susan arrived and Domino was temPURRarily displaced.
"Harumph!" says she.  "Da nerve of dem!" 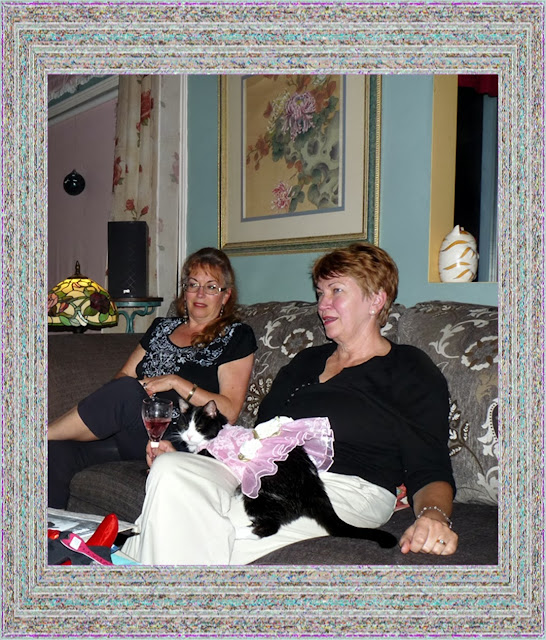 However, Domino being as PURRSistent as she is, was soon back at the center of all the action. 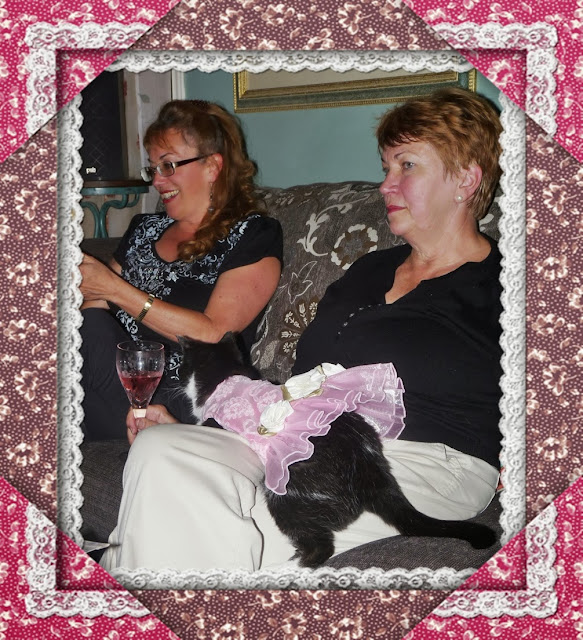 "Yoo cant keep a good kitteh down", says she. 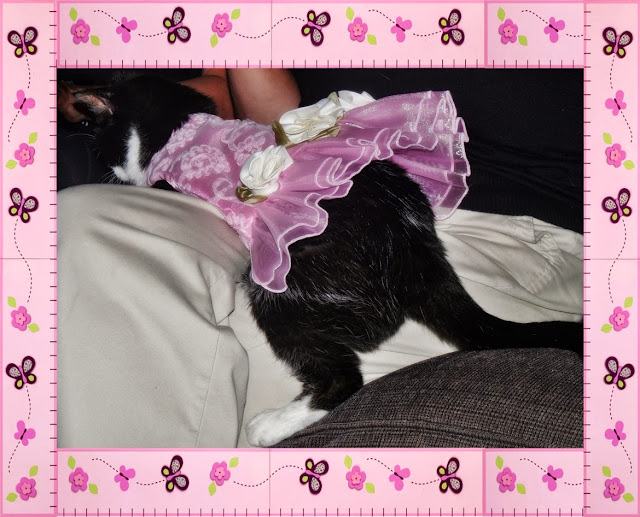 And that, as you can clearly see, is the end of the tail.