Last year I was obsessed with kitty avatars, and I especially liked to dress them up.  Here are some that I did for Halloween 2012, which are worth another look.

The images are a combination of graphics and my own drawing using an on-line 'Paint' tool.  Generally, I created the costumes, but used a graphic for the hat.  There are some cases, though, where I created the entire costume from head to toe -- like the Abominable Snowman, Lady Gaga and Catwoman.

It was so much fun to search for coordinating images for each avatar, too.  I hope you enjoy them the second time around.

From "The Cat from Hell" 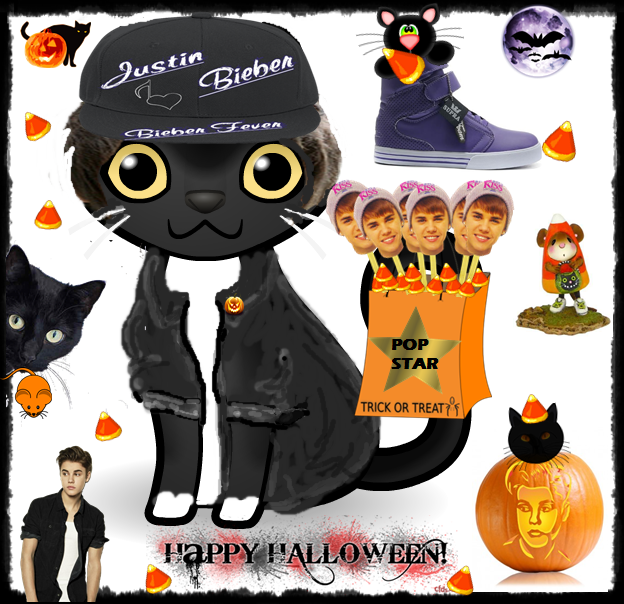 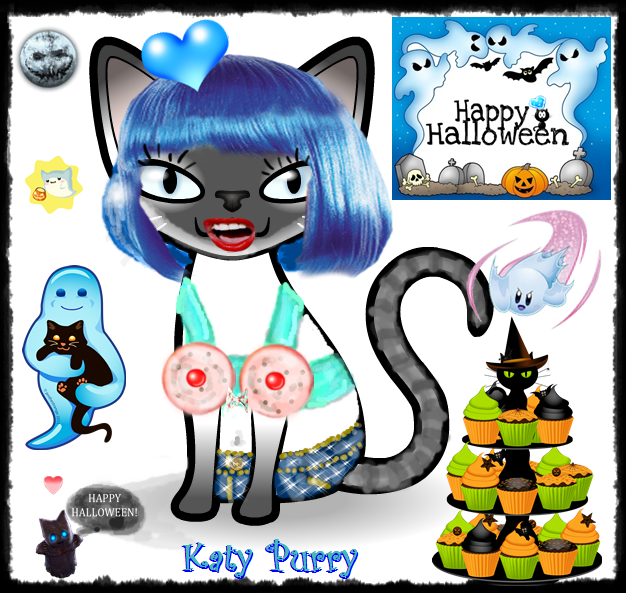 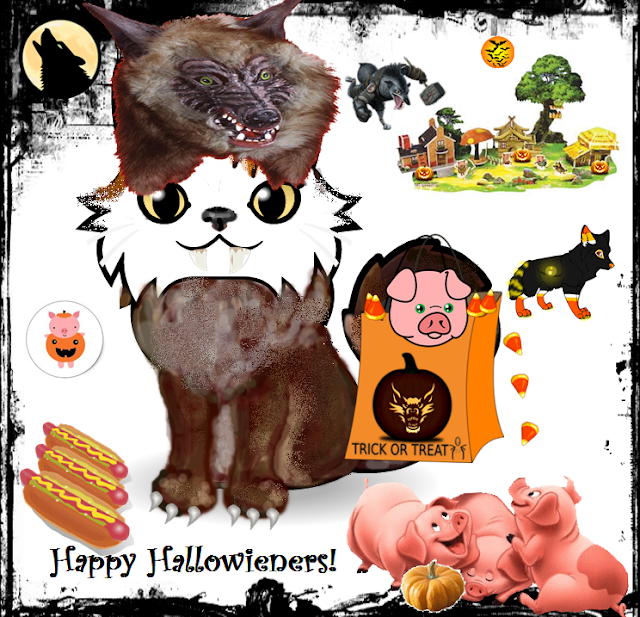 Rumbles as 'The Big Bad Wolf' 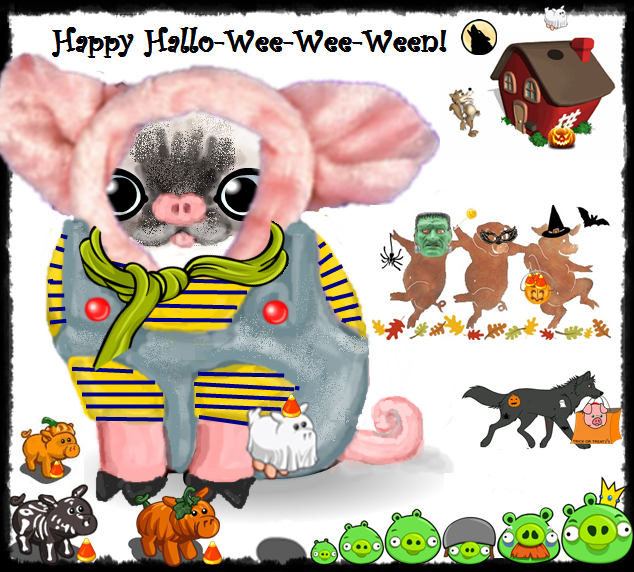 Diego as "One Little Pig" 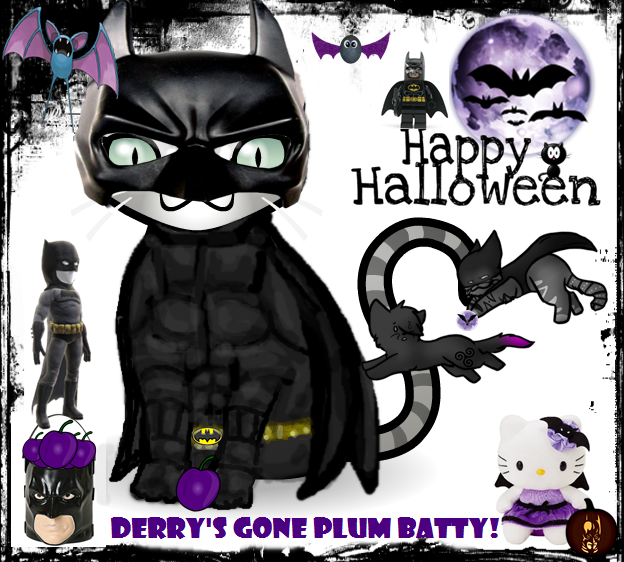 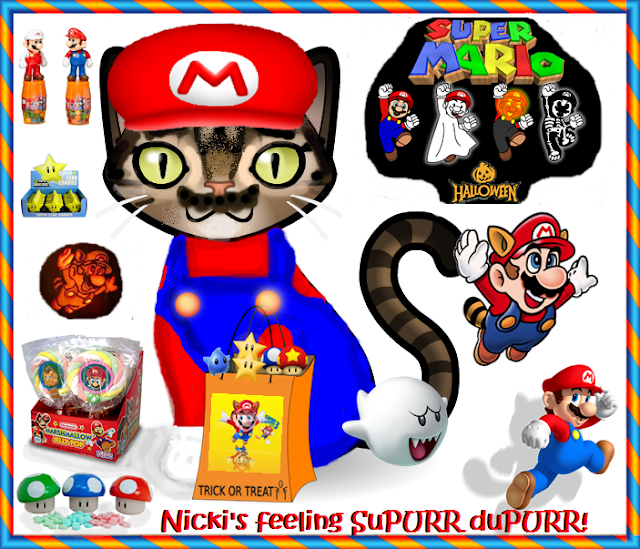 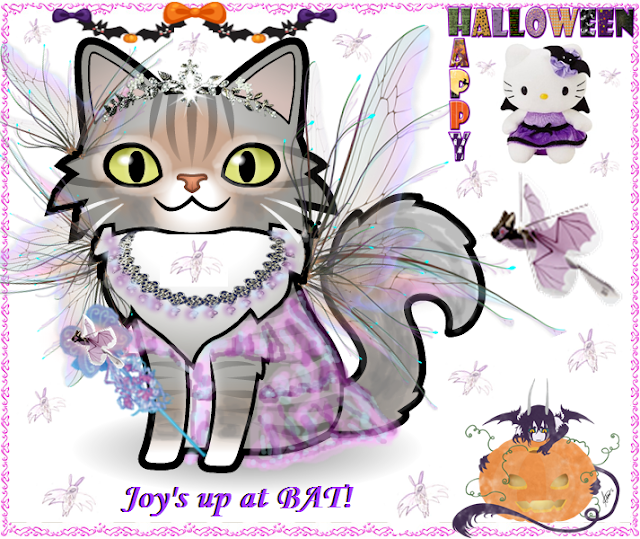 Joy as a Fairy Princess 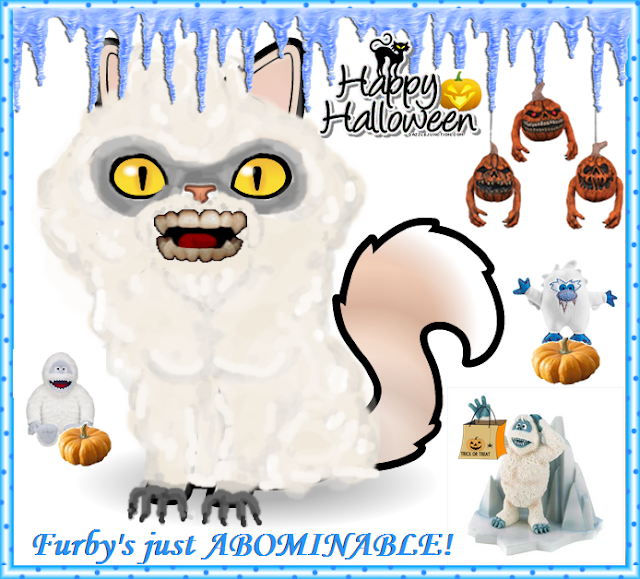 Furby as 'The Abominable Snowman' 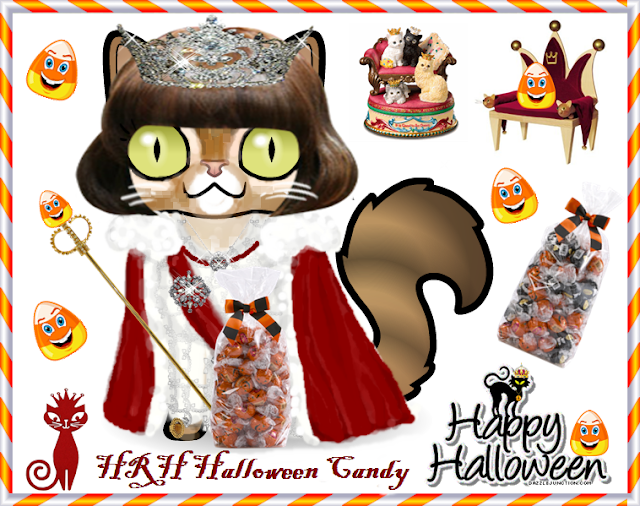 Candy as "The Queen" 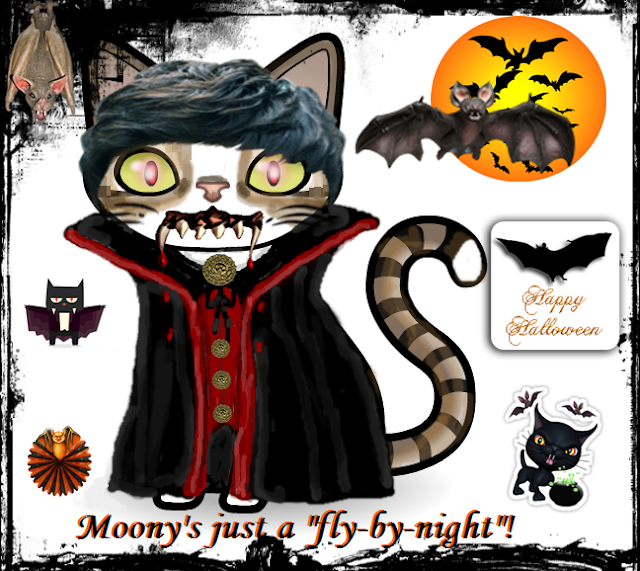 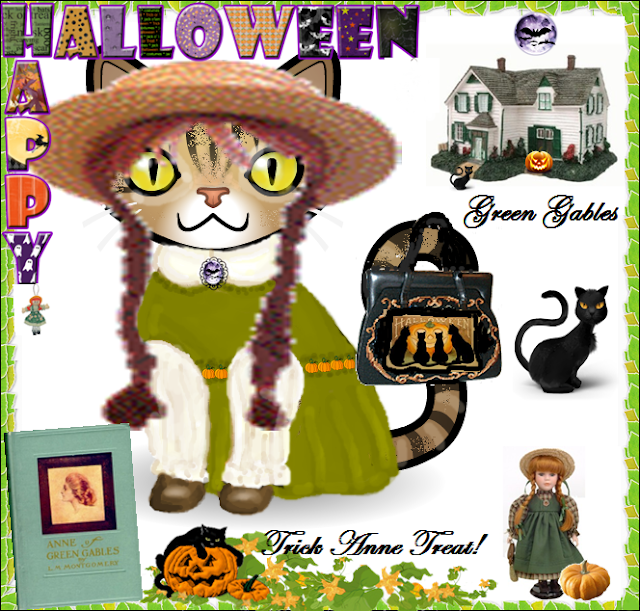 Mahoney as "Ann of Green Gables" 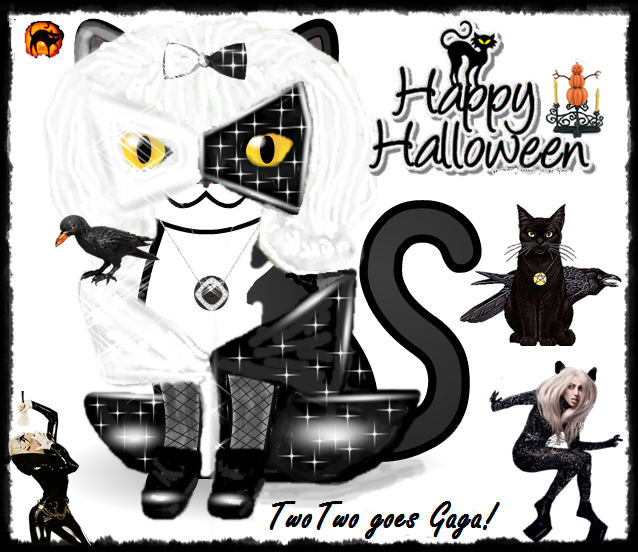 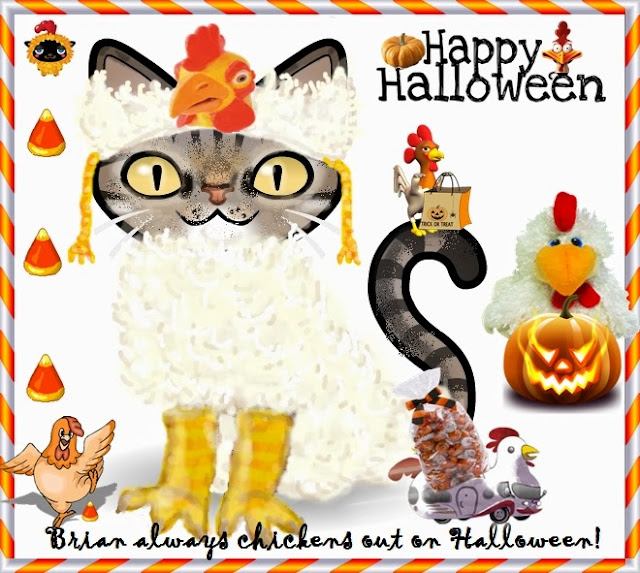 Brian as 'The Chicken' 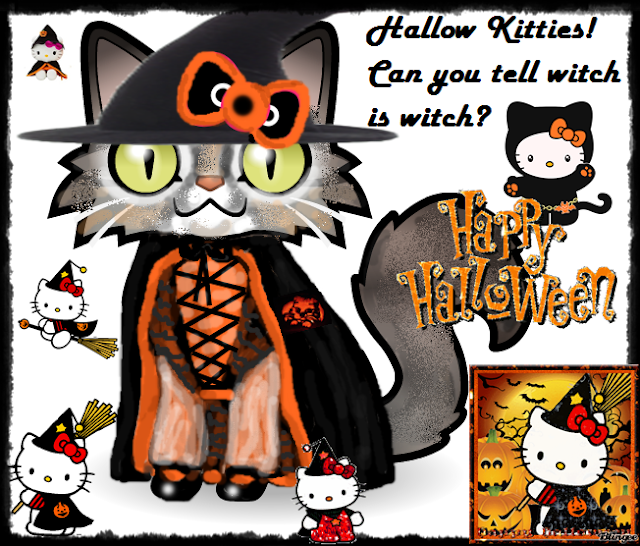 Dolly as 'The Witch' 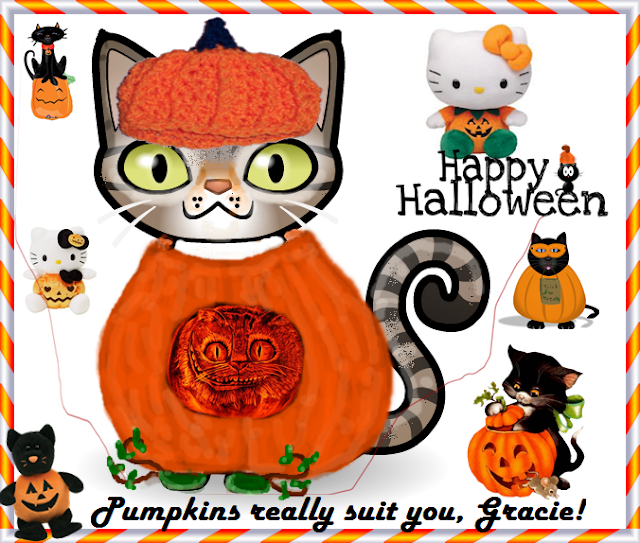 Gracie as a 'Hallowe'en Pumpkin' 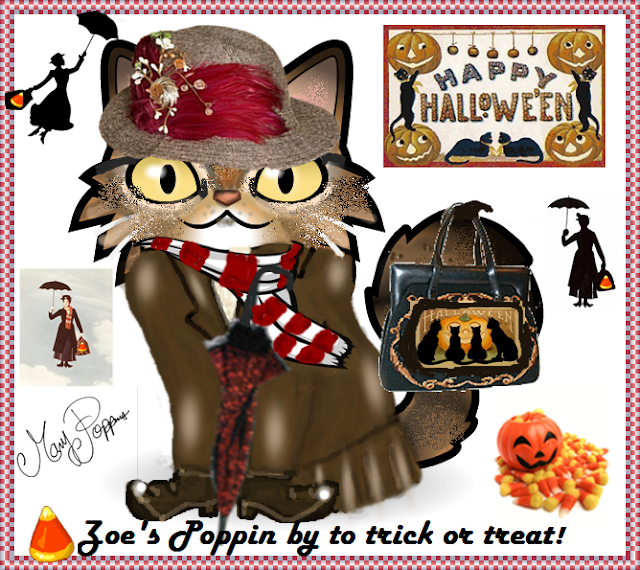 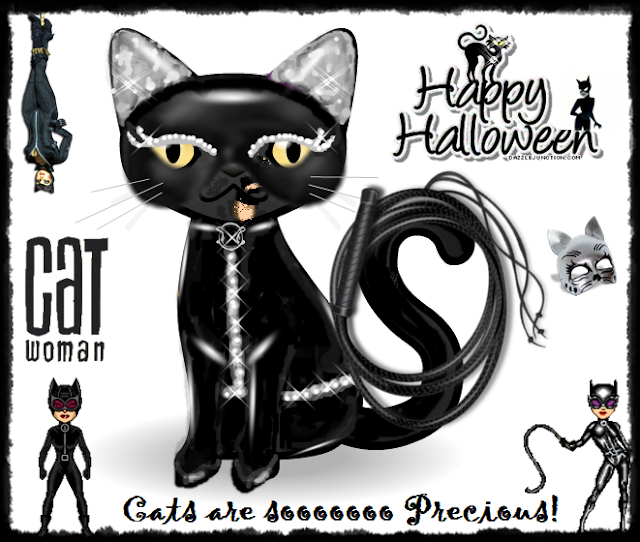 My own 3-D Cats were paired with their partners for trick-or-treating. 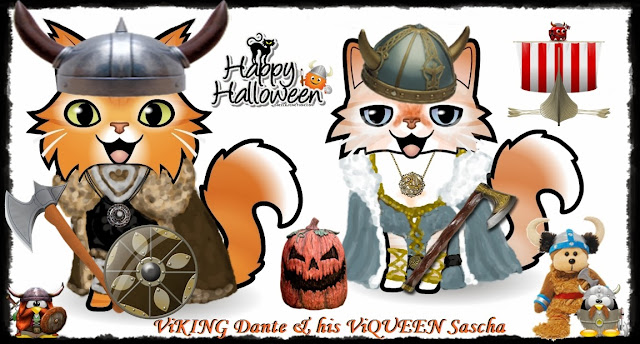 Dante with Sascha of "Brian's Home" are Viking royalty. 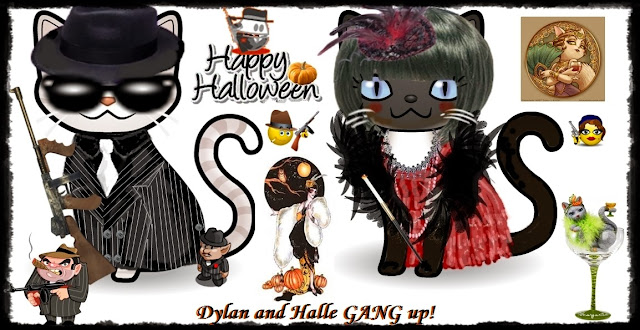 Dylan with Halle of "Jacqueline's Cat House were a gangster and his moll. 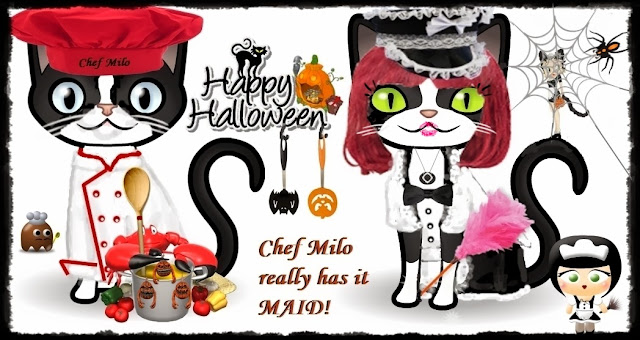 Domino is a pretty French maid and Milo (of 'The Cat's Meow') is her PURRSonal Chef.