AT HOME WITH DANTE AND DOMINO (AND A BIT OF DYLAN)

Even when Dante's at home and not 'at large', he still is -- large, that is!  There is no better contrast than the sweet petite Domino.  She really puts the size issue into PURRspective. 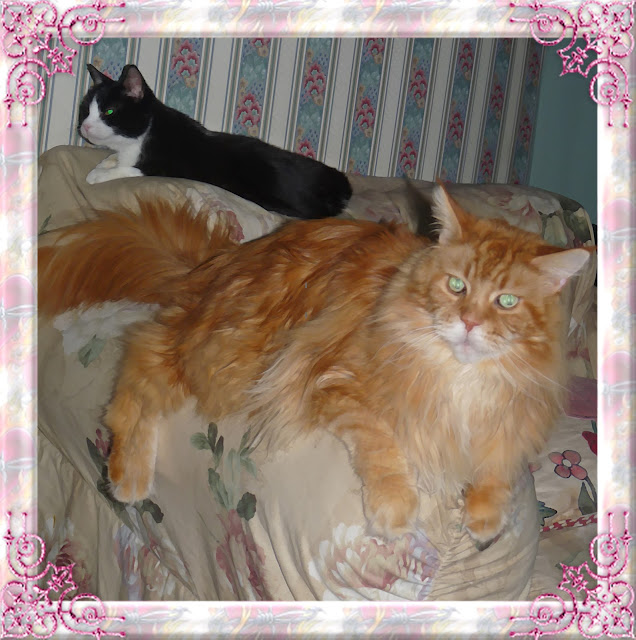 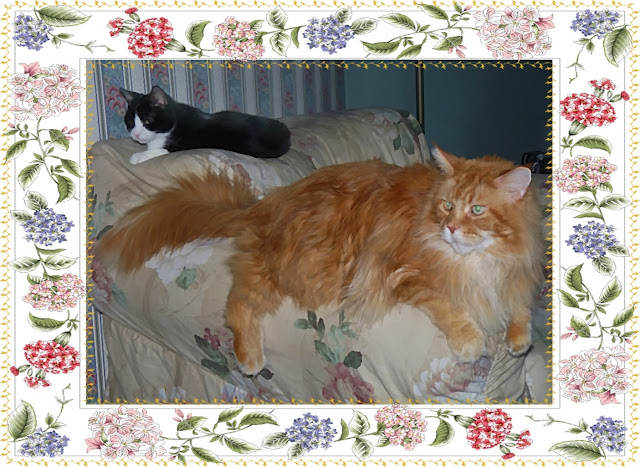 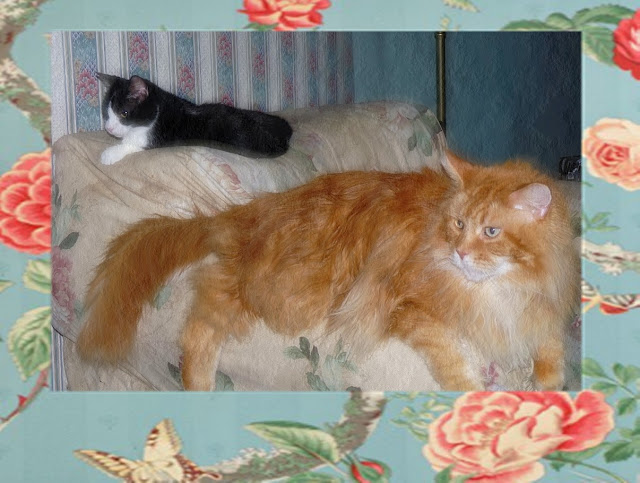 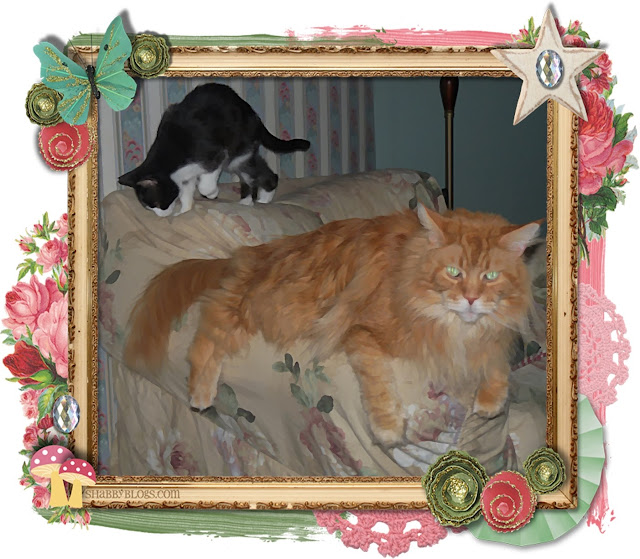 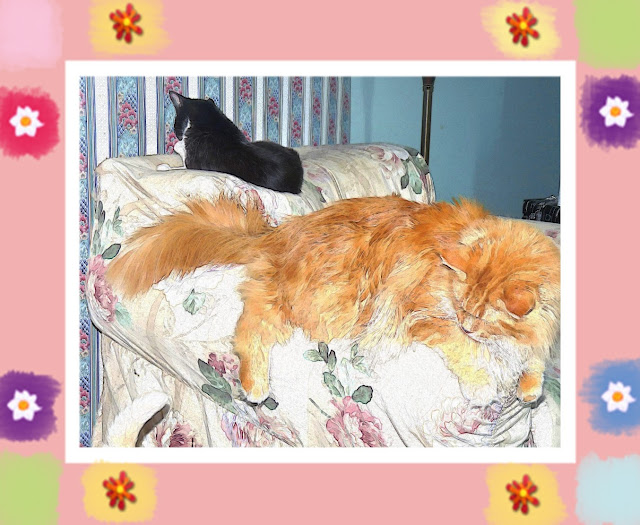 Dylan has made a cameo appearance to signal 'THE END OF THE TAIL'.