A MANCAT AND HIS MATE: DYLAN AND HALLE

Dylan and his beautiful girlfriend Halle (of Jacqueline's Cat House) have hit a milestone in their relationship.  They just had their six-month anniFURsary! 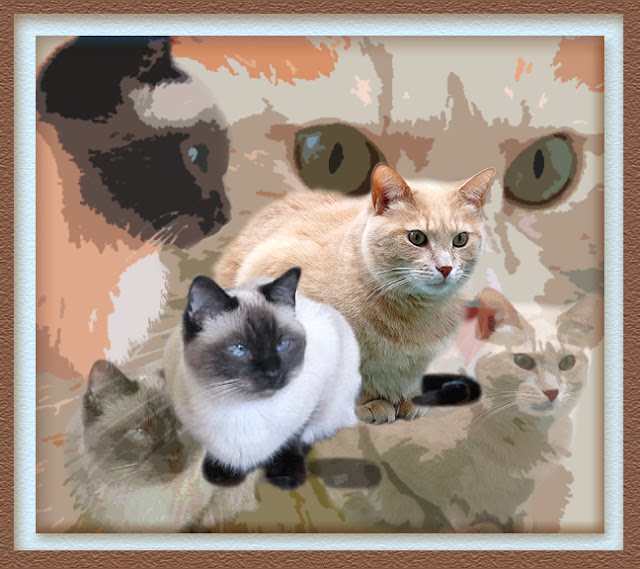 They took a moment to look back on their love story.
(Thanks to Ann of Zoolatry for the graphic) 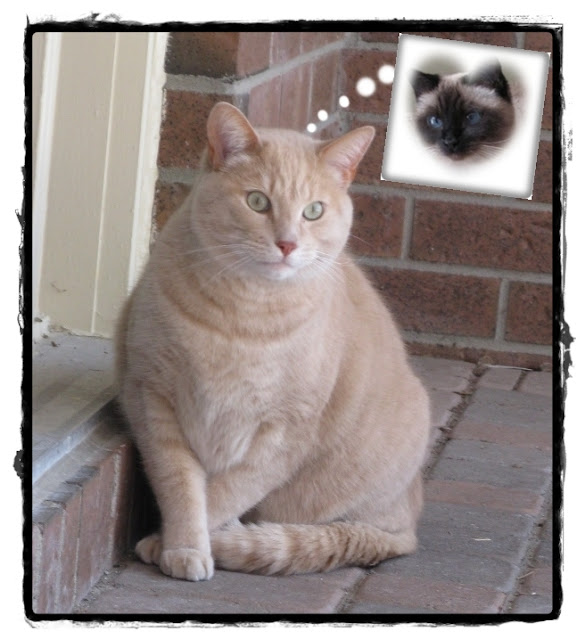 After meeting her online, and chatting on the phone, Dylan just couldn't get Halle out of his mind. 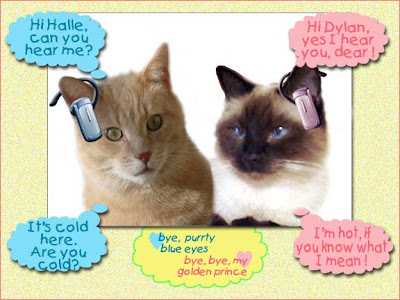 (Graphic by Ann of Zoolatry) 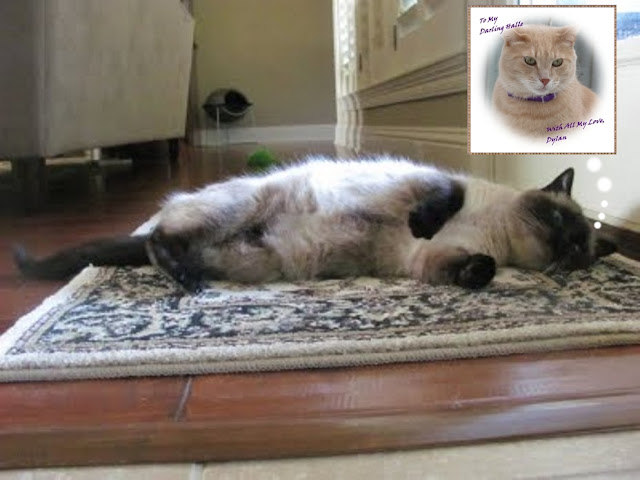 And Halle just couldn't stop thinking about her handsome suitor. 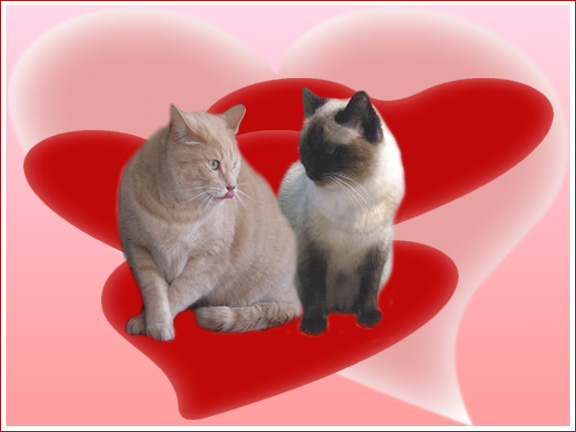 When they met for the first time in PURRson, it was love at FURst sight!
(Graphic by Ann of Zoolatry) 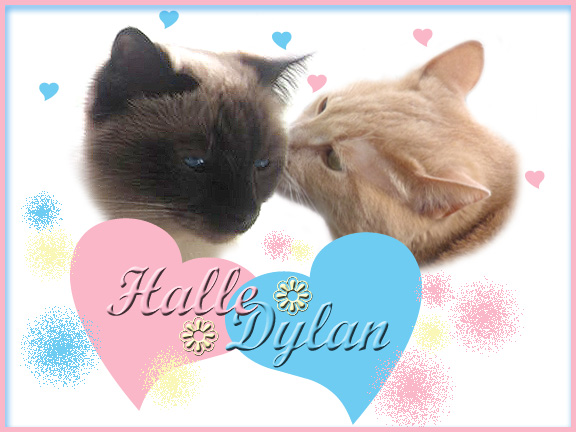 And then they kissed!  It was magical.
(Graphic by Ann of Zoolatry) 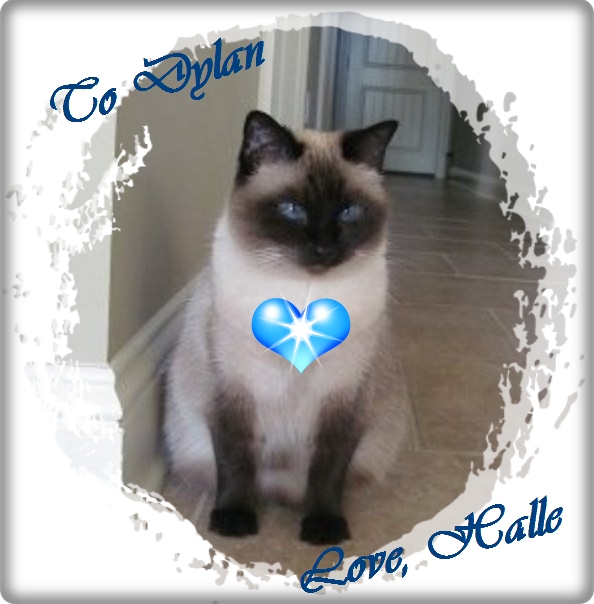 When Dylan returned home, Halle sent him this message of love. 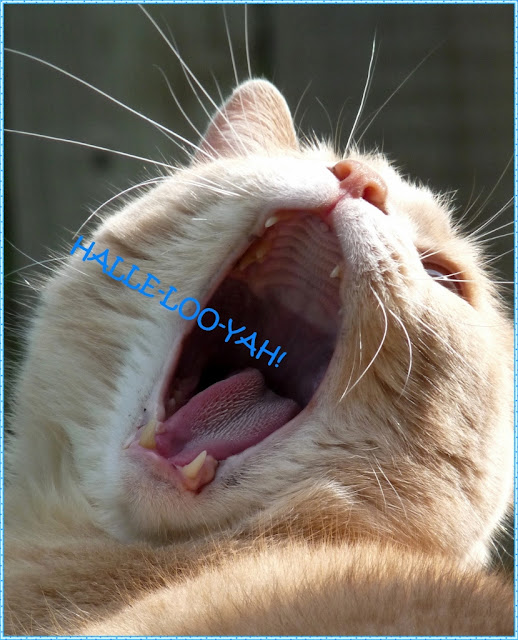 And Dylan shouted out his love for Halle for all the world to hear!

Dylan and Halle dated steadily, despite the distance between them.  Dylan would fly down to Lousiana on a moment's notice (of course boogie mats come in handy for that)!

Here are some of the more special occasions. 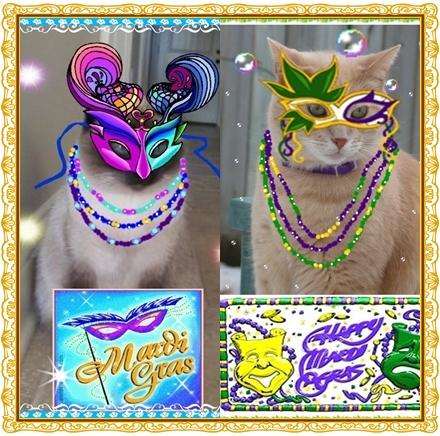 There was Mardi Gras in February.

... they had an excursion to the Olympics in London!  They each rooted for their home countries' teams, but still cheered for each others'.

There have been many special, quiet moments together in-between, and we wish them many, many more in the days, weeks and years ahead!   Love is a very PURRecious thing.
Posted by CCL Wendy at Monday, August 20, 2012

Oh my, what a magical couple they are fur sure!

They are a lovely couple!!!!

awwwwwww! Our favorite moment was their first kiss...Dylan and Halle are such a cute couple.

THey are a magical couple!

They make a beautiful couple.

What a sweet couple! I love a storybook romance! *wipes tear from eye*

Ain't Love grand! No Kozmo, that is not a tear in my eye! Its a bug! Yes, one of those silly little tiny bugs you can't see.
Kisses
Nellie

They make such a good couple!

Happy Happy six-month anni-furr-sary! We so happy for you guys. It looks like you have lots of funs, and we think that's great! We looking forward to seeing more funs you has - lots more and for long times.
Hugs to all you guys!