TUXY TUESDAY WITH DOMINO: A DAY IN THE LIFE

In any given day, Domino is a very busy girl.  But today is Tuesday, and she has more than usual scheduled because it's her day to blog. 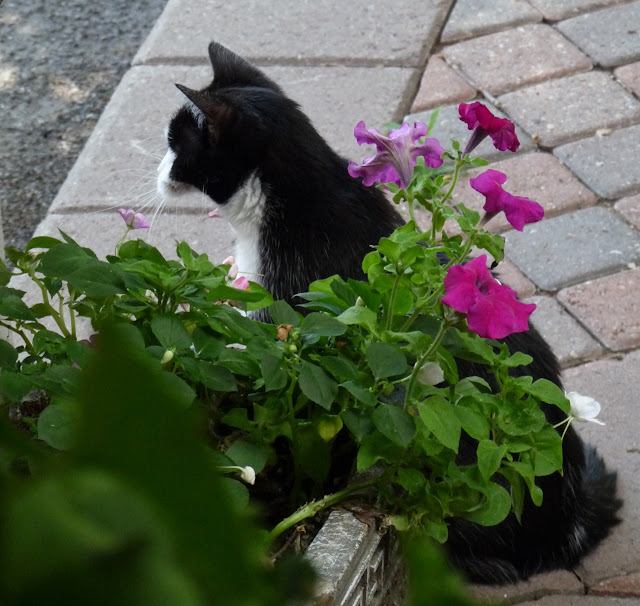 Domino's had her breakfast and now she's out front raring to go!
"Yawwwwwwwn!" 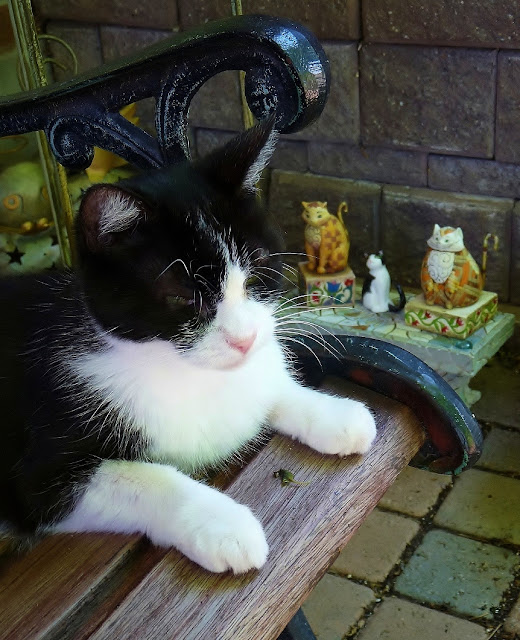 "Yes, I is feelin' verreh rare indeed, so furst off I'm gonna take a break." 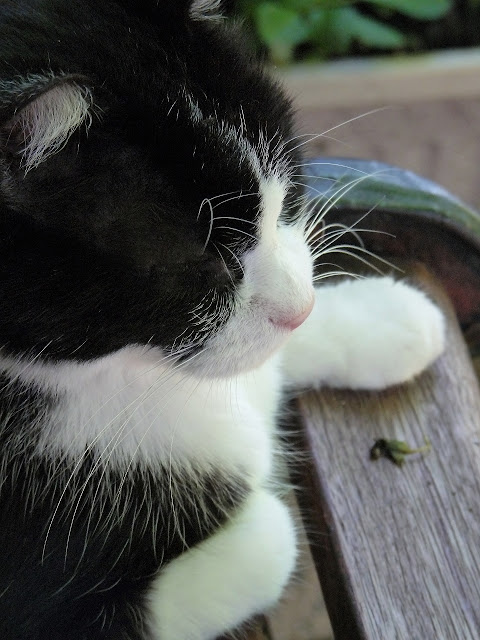 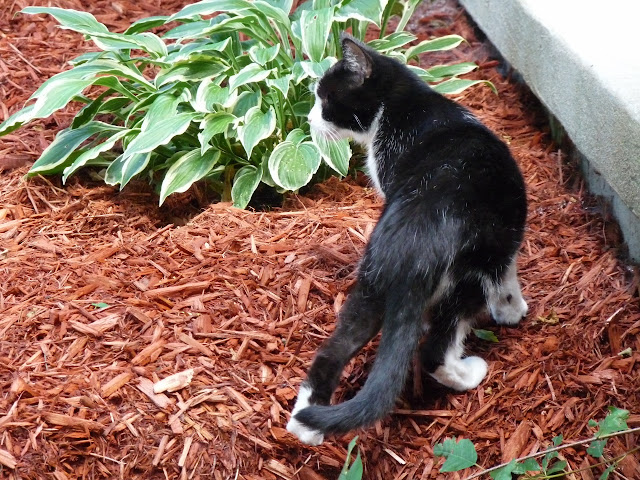 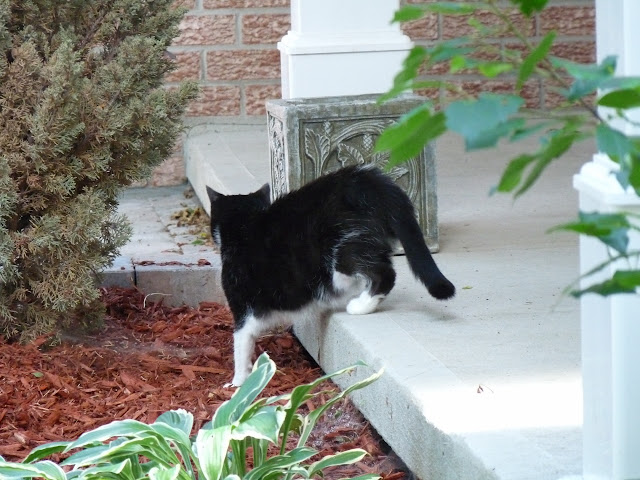 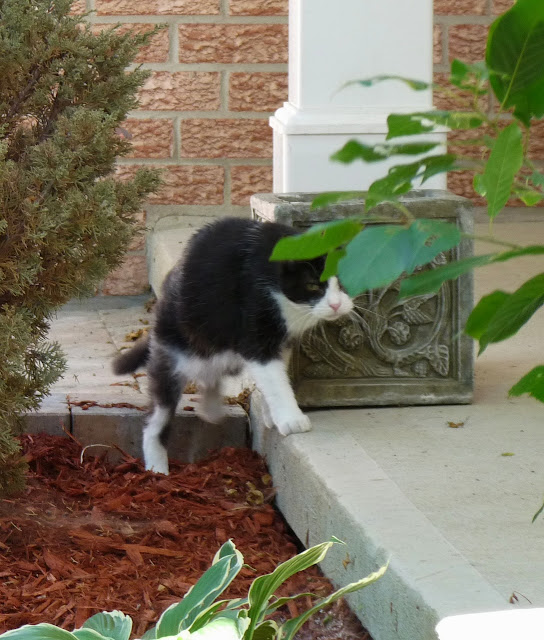 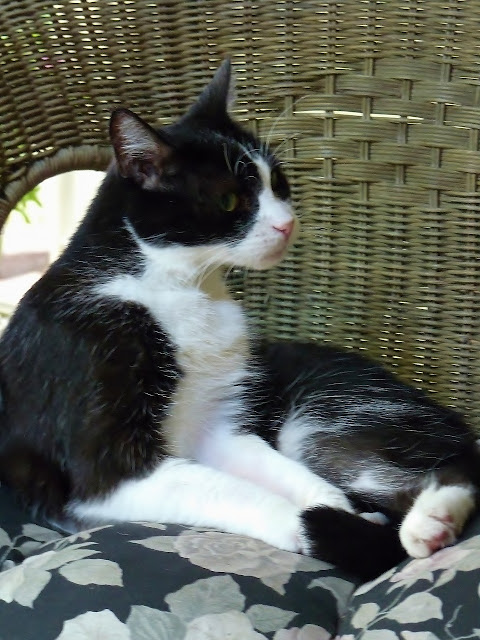 So Domino takes her second break of the day, and it's still only early morning! 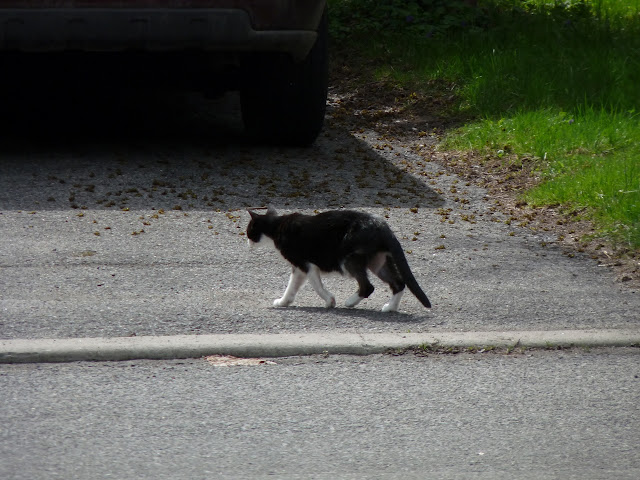 But it's not long before she hears the 'call of the wild'!   Of course, when she's 'on-call' the camera cannot follow.  But after several very long minutes ... 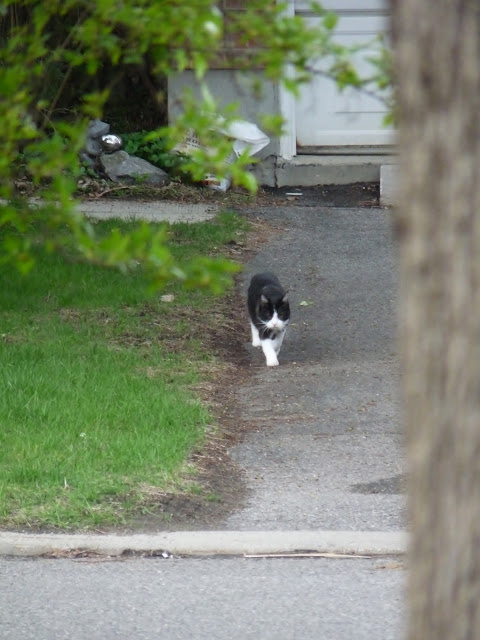 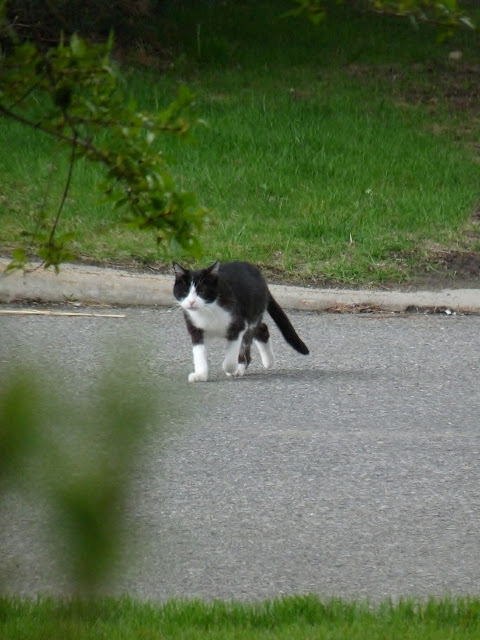 Once again, she is homeward bound. 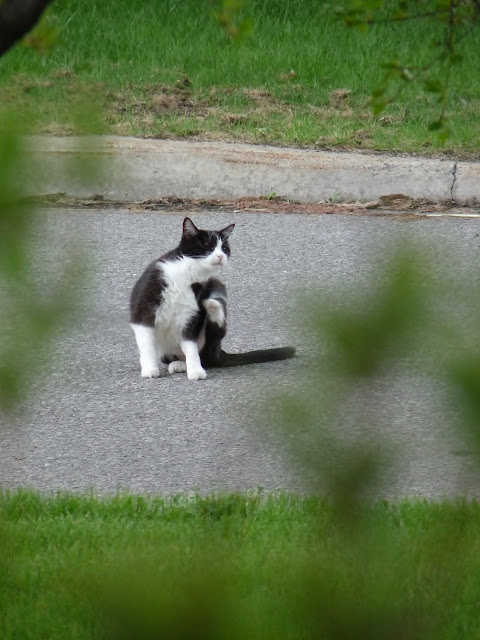 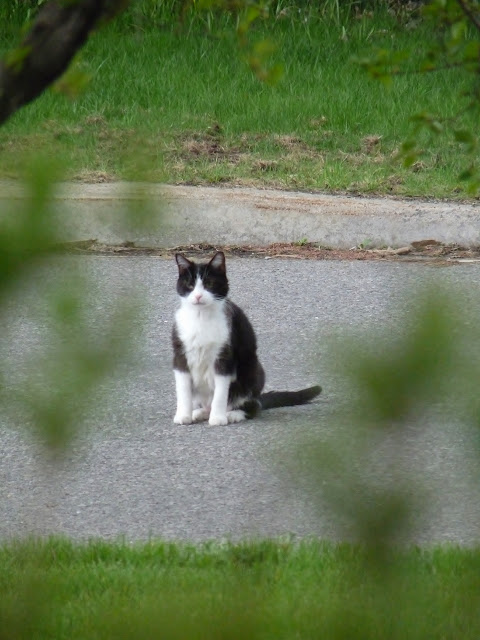 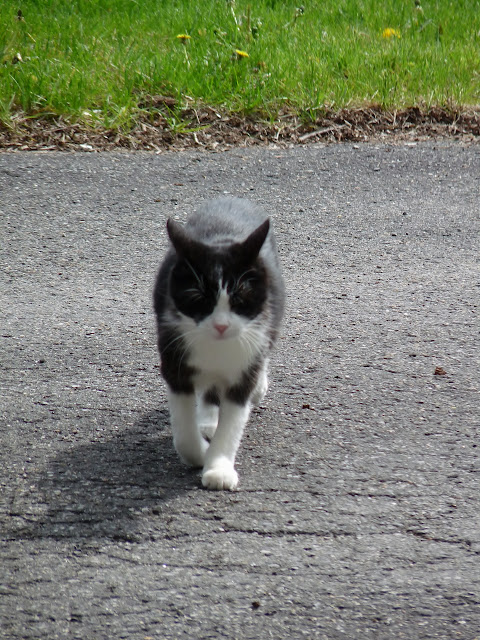 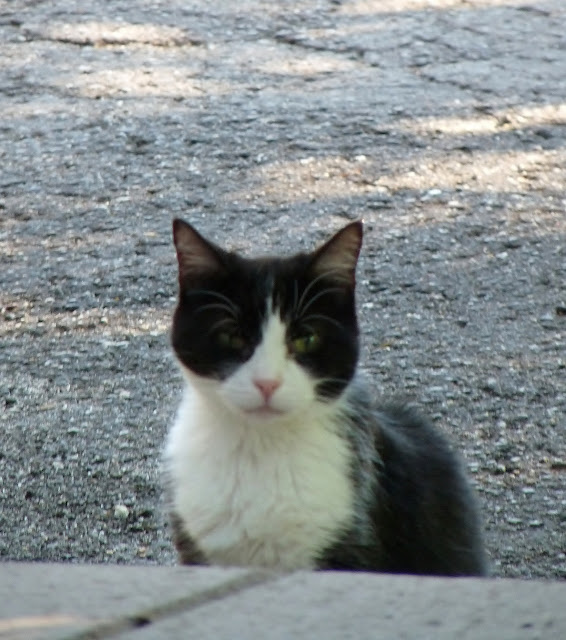 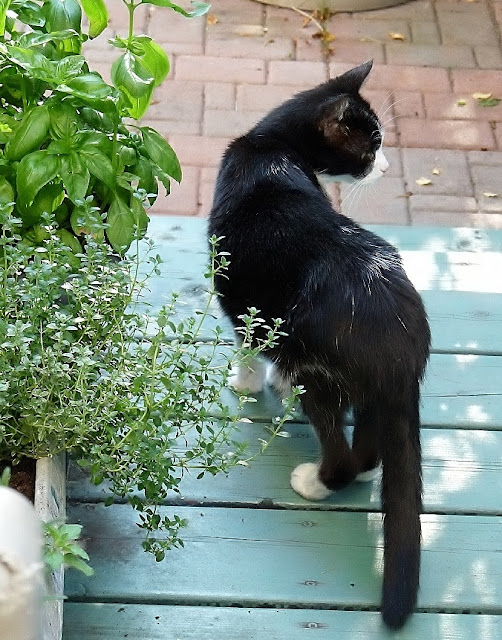 Well, it's time to check out the back yard, of course!
Herb seems to be doing just fine. 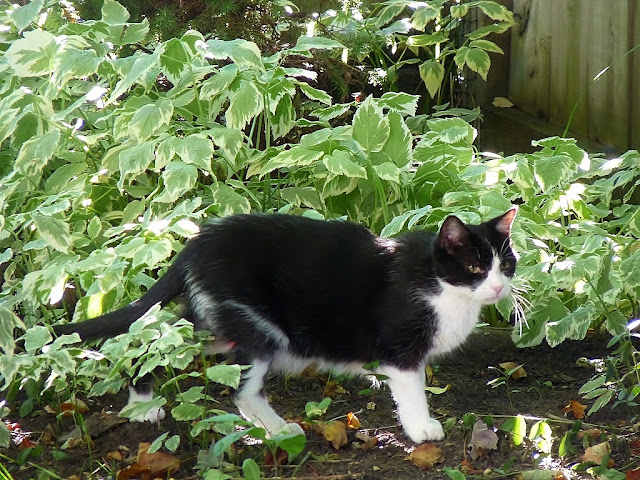 Domino hears the 'call of the wild' yet again.  This time it's the wild ivy growing at the back of the yard. 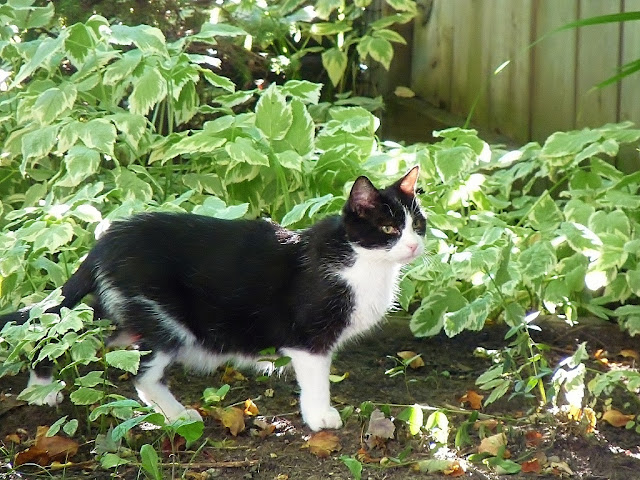 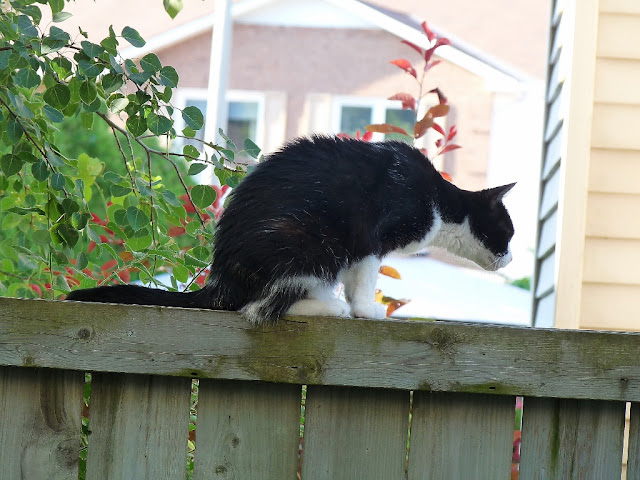 And no snoopervision would be complete without a little fence time.
"I likes it up heer cuz nuffin' gets in da way of my line of vishun!" 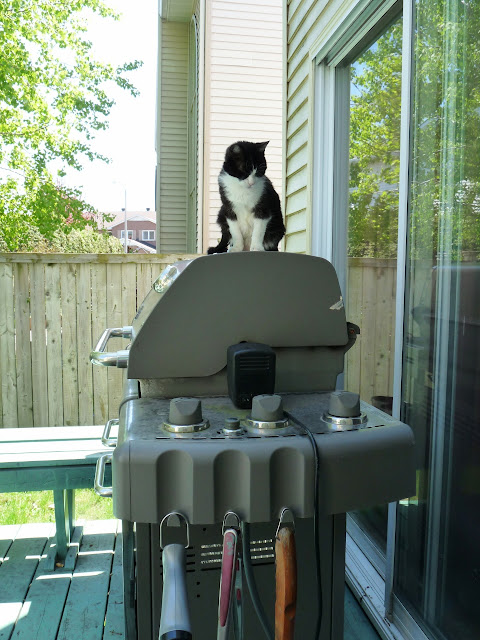 From there, it's a short hop to the BBQ. 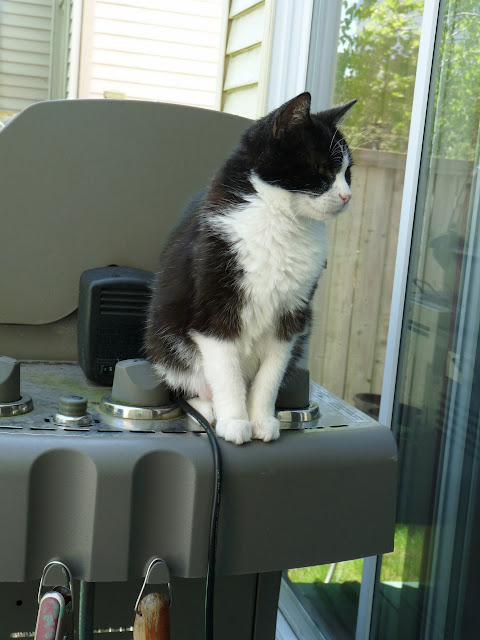 Sittin' on da BBQ is makin' me hungree!" Domino declares. 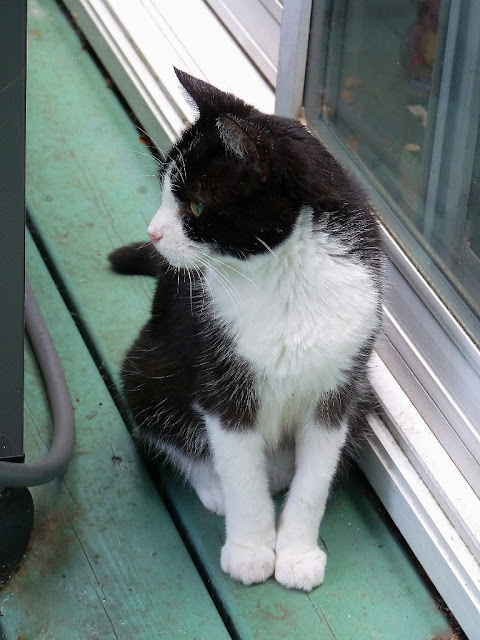 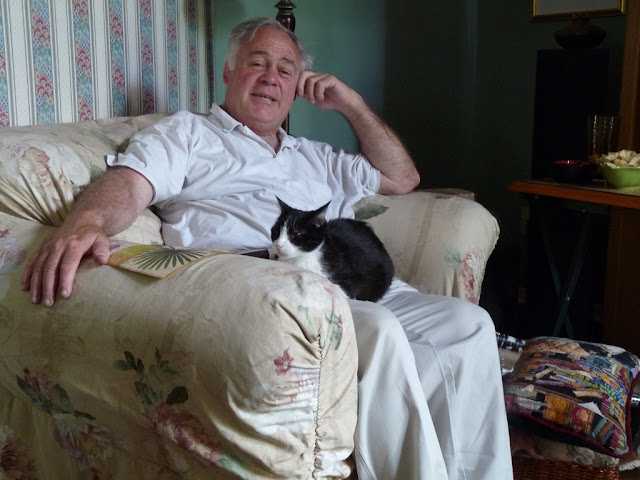 Domino has just learned that you have to be careful what you ask for!  Her crazy Uncle Barry is visiting and has taken her captive. 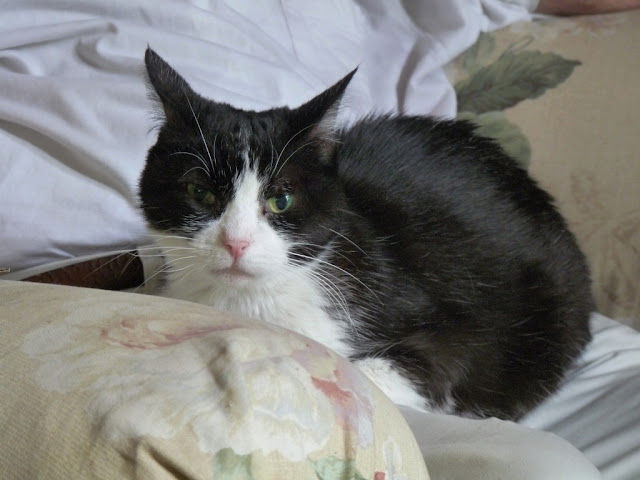 Domino - we are in urgent need of a snooze - we are so exhausted by your busy day.
Luv Hannah and Lucy xx xx

You are one busy and very pretty girl!

Domino, you always entertain us on your walks!

Domino we love reading about your adventures in the garden :-)

That sure was such a busy day Domino, we are exhausted. We are all napping right now. Looks like you have a fun day though. Love how you ended up in the Uncle's lap. Great pictures.

What a busy day!

Wow! You are a busy girl! I would have had at least 3 naps doinag all of that!
Kisses sweet Domino!
Kozmo at the Cat From Hell

This was such great fun! And our Mumsy loved the little kitty statues next to the bench. They almost as cute as Domino herself!