EASY ON SUNDAY WITH DOMINO AND DANTE: LURKING GOOD!

It's Sunday, and both Domino and Dante are outside in the back yard taking it easy. 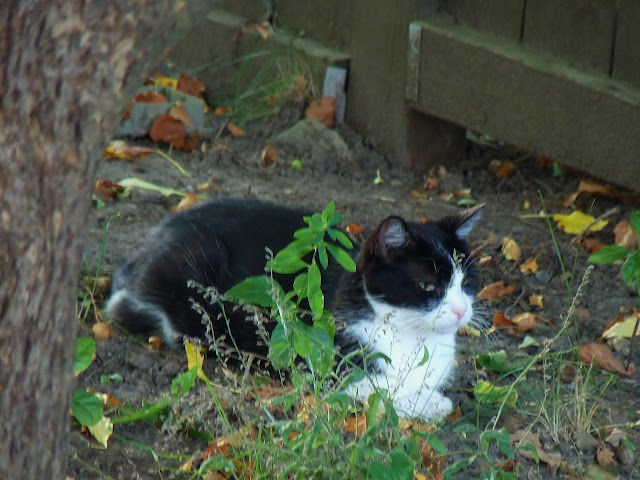 Domino has nestled herself under the tree ... 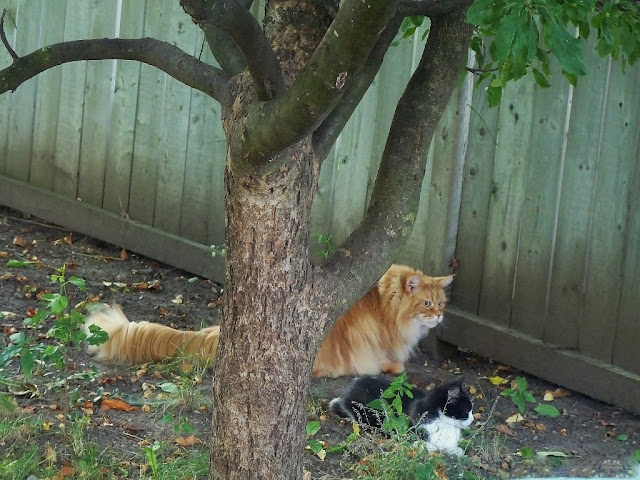 ... when along comes Dante, to see what he can see!
"Seddle down, bustah!  I'm tryin' to watch skwirrels heer", snaps Domino. 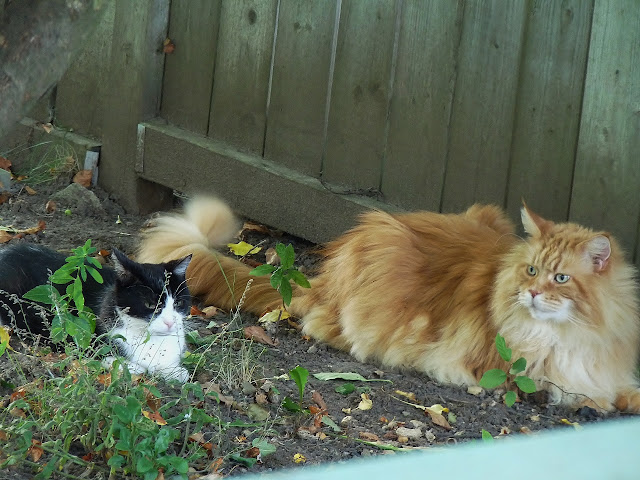 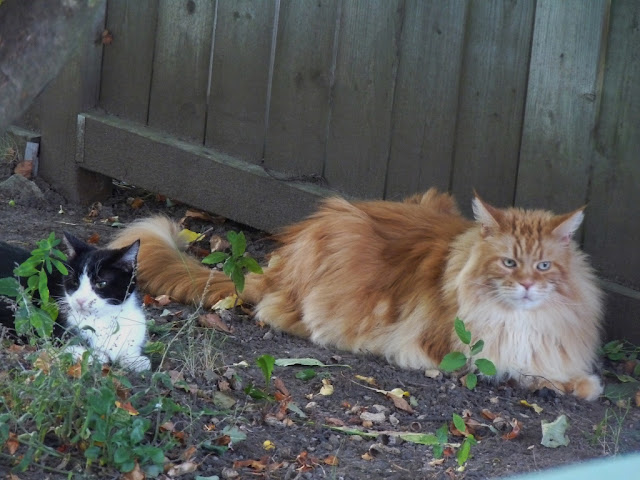 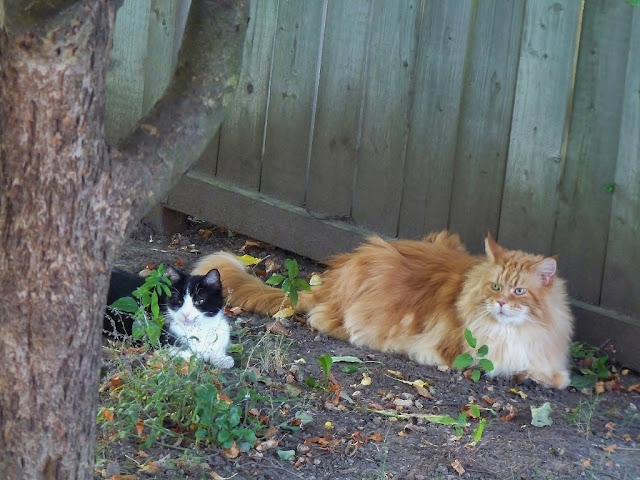 Then a sudden noise caught their attention ... 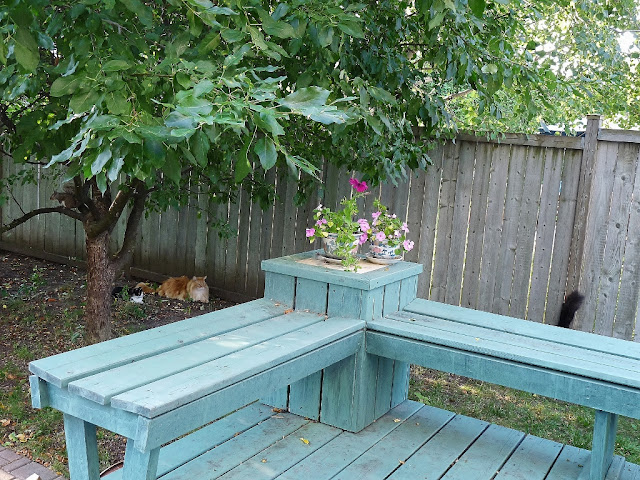 ... and at just that moment, the squirrel on the fence makes it's move! 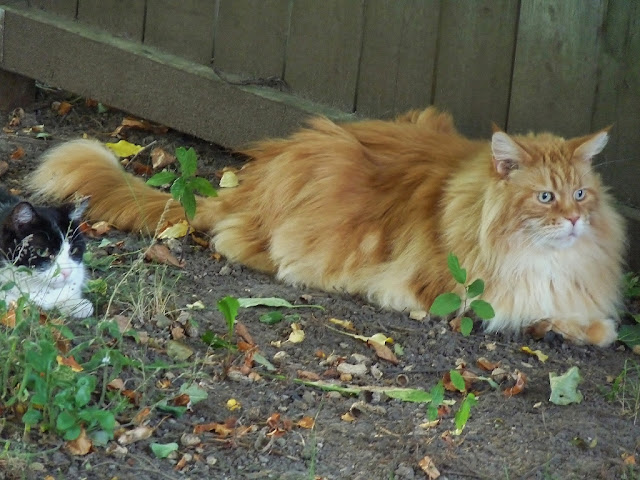 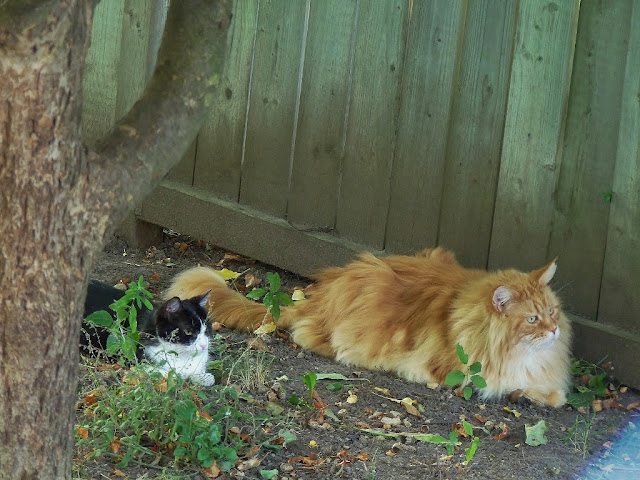 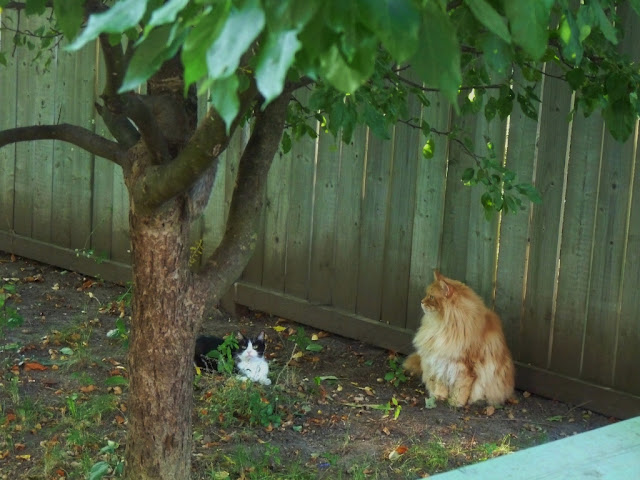 Who would have thought that these two could ever be LURK-alikes? 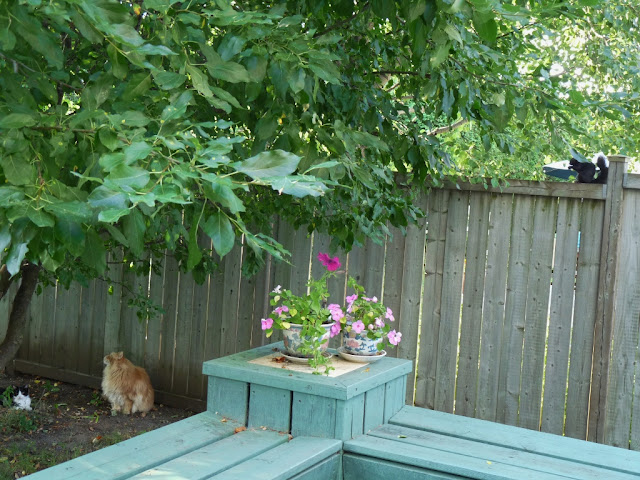 Once again, the squirrels are masters of misdirection.  "Tee hee hee!", giggles the one on the fence.  But Dante and Domino don't really care.  What's more important is that they have spent this precious time together.

"Better LURK, next time!", shouts the squirrel in the tree.

We've never ever seen a black squirrel before - we only have red or grey here as far as we know.
Luv Hannah and Lucy xx xx

It makes me smile when kitties are such good friends!!! Always so nice to see Domino and Dante hanging together in the garden :-)

pee ess: You look like you are enjoying your time outside, though :)

You two are always, always lurking good together!!!

Now that is too cute, the two of them just a lurking. Well done. It sure did put a big smile on Mom's face
Oh, could you give your Mom a message for our Mom, that she is not ignoring her on the Olympic event with the running cat, but we just haven't been able to get a picture like that. Take care.

You kitties are so lucky you get those cool looking black squirrels! I only see fox squirrels around here.

Pesky squirrels! I chase them up the tree but then they jump out over the fence and get away.
Flynn

The family that lurks together stays together!

Too bad you weren't LUNCHING together! Those squirrels look SO tasty.

Holy Bast! Dante is twice Domino's size. Its like he is another species! Thanks for coming and helping us celebrate our Gotcha Day, furriends.