Today, we have an eclectic mix of photos of Domino taken during the month of February 2012. 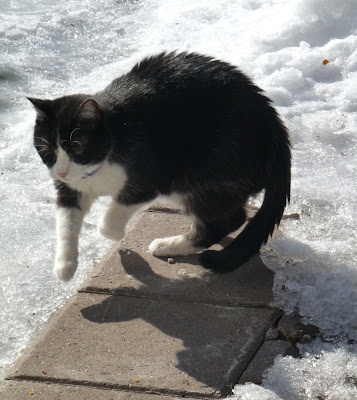 Domino is normally very grounded, but her two front feet are caught mid-air in this one! 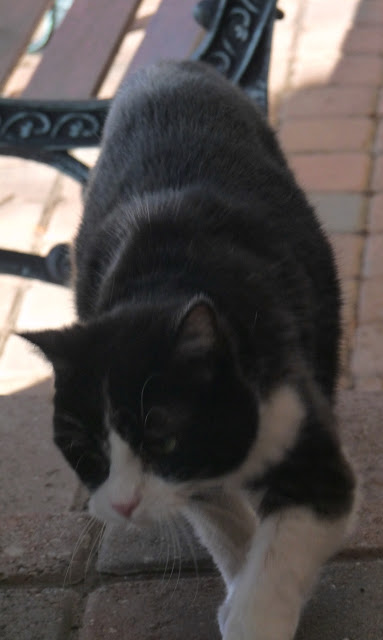 Domino is truly a ladycat-on-the-go! 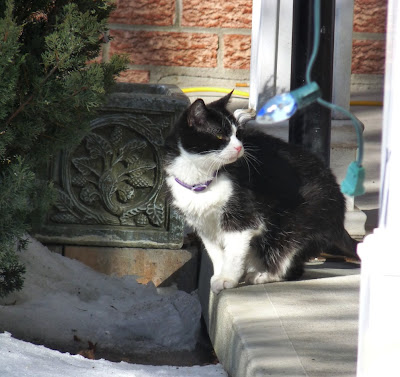 One of her daily missions is to inspect the neighPURR's porch. 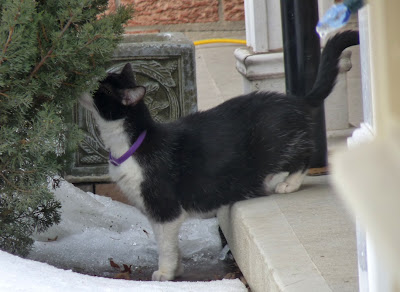 She just can't resist being NOSEY!
(It's what she does best) 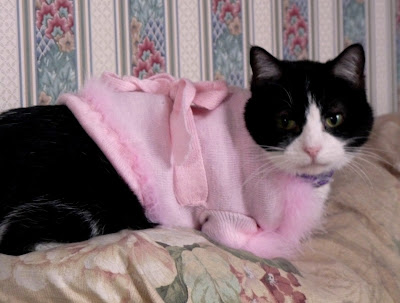 Domino tries on her new sweater inside ... 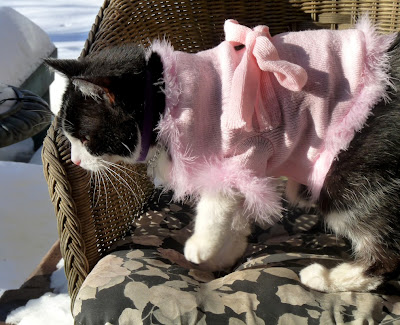 ... before putting it to the test outdoors. 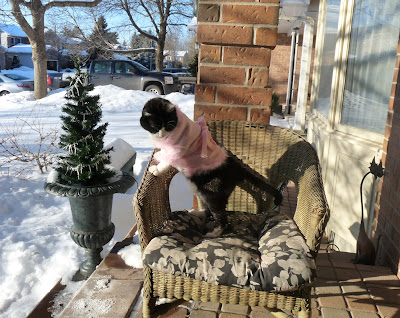 "I mus' say, it's kwite outSTANDING!", she exclaims. 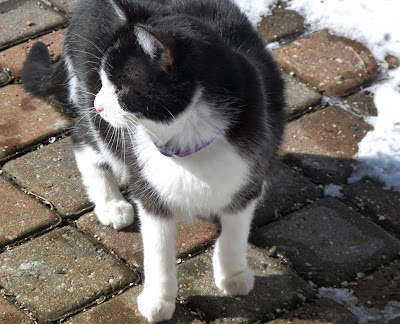 When you don't have a sweater to keep you cozy, there's nothing like bricks heated by the sun.... 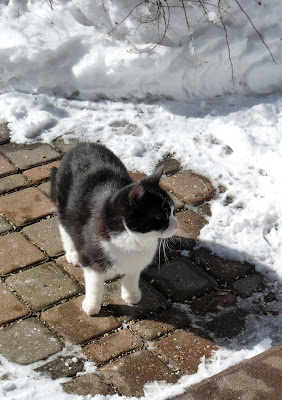 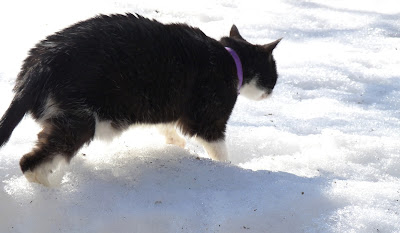 ... before making that long Arctic trek! 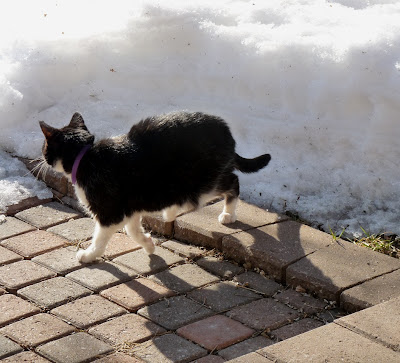 And once back home, Domino just couldn't shake the feeling that she had been shadowed.  She definitely has a sixth scents! 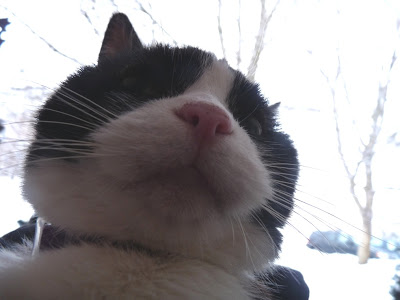 Domino truly has a nose for this sort of thing.  She adores potPURRY because it's chock full of so many different smells!  "I jus' cant wait ta do dis again!", says she.

Domino is such a beauty and we always enjoy her modeling as well=that's a pretty pink sweater!...Happy day, sweet friends...xoxo...Calle,Halle, Sukki
PS...Extra kisses to my handsome Dylan...Halle

You are such a cutie Domino and I enjoyed tagging along on your journey!

Hi there Domino. That pink sweater is just terrific. Where does Mom get your clothes? We will write her an email. Take care.

I love that pink sweater on you!

I think that pink sweater is great Dommy!!!

Although I don't like wearing clothes myself, I think I would appreciate a sweater if I were going out in the snow!

Even though we don't wear clothes, pink is our favorite color and we love that sweater on you.

We just love your pink sweater! we think you like the snow too!

Me sees yous has snows too! Me went outside a few times.
Kisses
Nellie

That pink sweater looks fabulous on you! You're so lucky to be able to go outside!