You may recall that on Monday Dylan was really putting himself out there, looking for a lady love.  Well he has found one!

She is Halle of "Jacqueline's Cat House".   Halle and her two sisters, Calle and Sukki, were also looking for love on Valentine's Day, and Dylan took note.  So Dylan boogied on down south where they live to pay them a visit.

Dylan found three gorgeous exotic girls and at first he could hardly tell them apart.  It wasn't long, though, before he gravitated towards Halle because of her extraordinary PURRsonality.  Dylan likes a strong, independent ladycat with lots of spunk, who is also very affectionate.

"I needs sumwun to keeps me in line", says Dylan.  "But sumwun who will also love me for who I am."

Halle gave Dylan an autographed picture of herself to take back home with him. 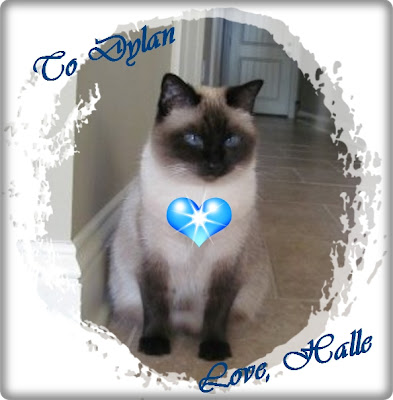 It was obvious that Halle felt the same way about Dylan that he felt about her.  When Dylan arrived home he just couldn't stop thinking about her. 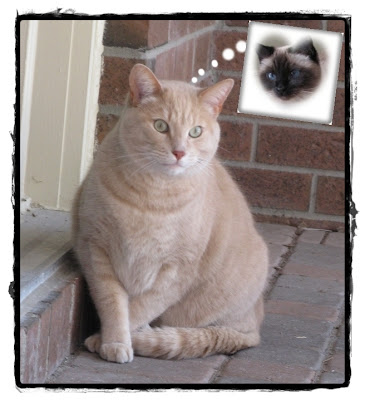 And Halle just couldn't wait to speak to Dylan again, so she called him up on the phone.  Halle loves to spend hours talking with him.  Here is what she told him: 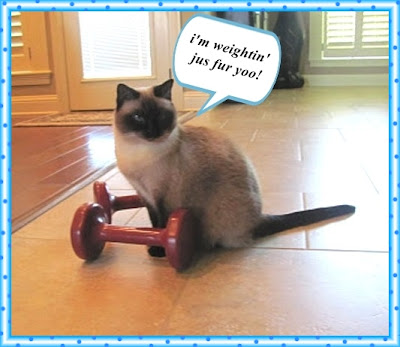 ﻿
So, Dylan wants to make it official by asking Halle a very important question. 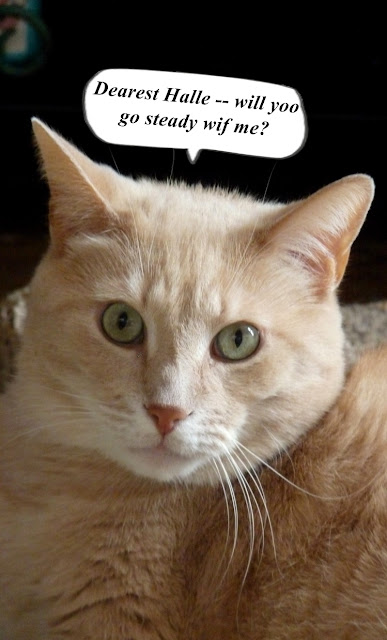 WE knew you would find your love!

Oh that is just the sweetest thing!

Oh! She is the luckiest girl cat!
Kisses
Nellie

YES, YES, YES, my sweet, handsome Dylan, I would be honored to go steady with you!!...~~purring very loudly~~...You have made me a very happy girl!!...kisses...Halle

We are so glad you found your special lady kitty, Dylan! She is real pretty. Our human loves Siamese kitties!

Wow! This is exciting news! Halle is one of our bestest furriends.

How wonderful and such a great looking couple!!!

Thinking of you, sweet Dylan...Just wanted to send lots of love and kisses...xoxoo...Halle