MANCAT MONDAY WITH DYLAN AND DANTE: BOYS IN THE BACK

The boys have been out in the back yard a lot more of late.  The temPURRatures are consistently above freezing, and the snow is melting inch by inch.  They still like to hang out on the deck, however, and PURRuse their kingdom from this central vantagepoint. 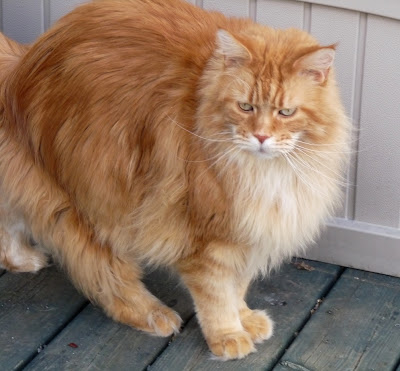 Dante, The Lion, checks out the immediate vicinity, while ... 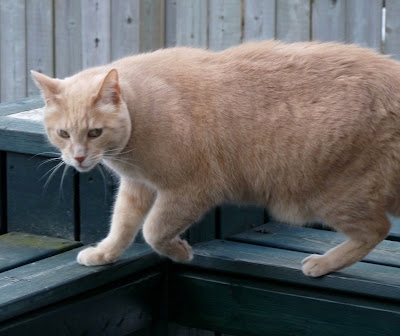 ... Dylan, The Cougar, gives the all-clear on the benches. 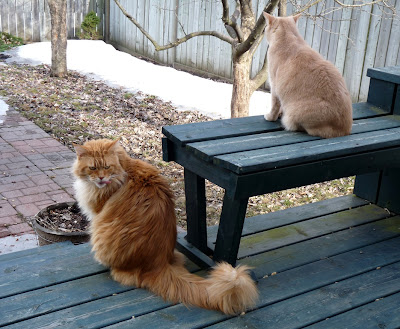 Dante's just finished having a nosh inside, so he's licking his chops.  Dylan is much more focussed. 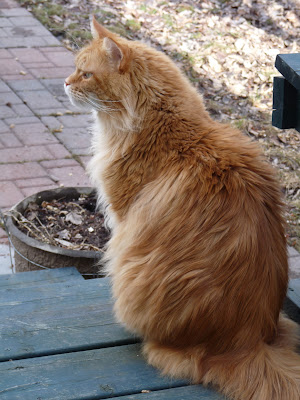 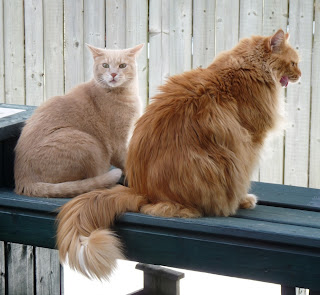 ... though, he's not quite finished licking the old chops.  Dylan says "Good Grief!" 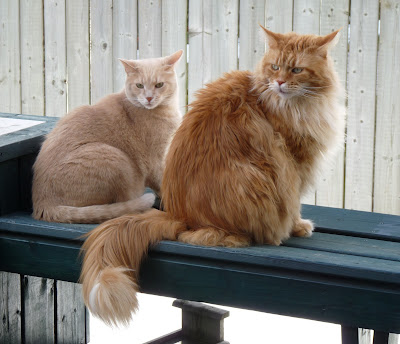 Their heads turn and their ears flatten at a rustling sound behind them. 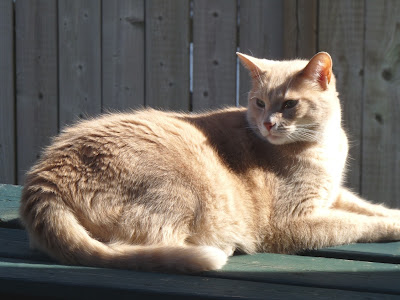 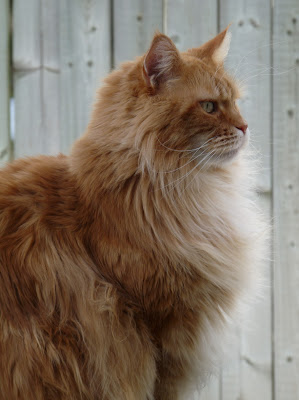 "Dere's no such fing as any ole skwirrel", counters Dante.  "Dey all has dere own PURRsonalities, jus' like us cats." 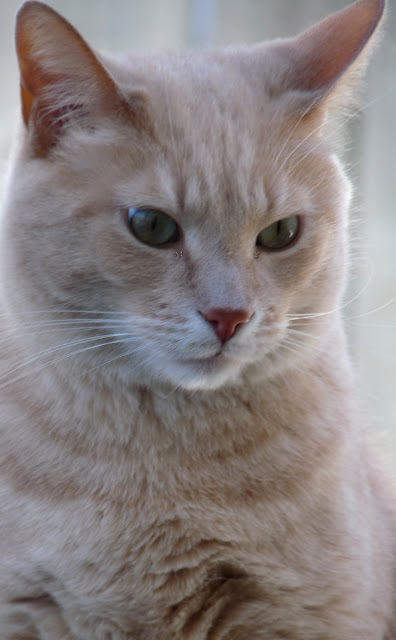 This picture shows off Dylan's PURRsonality -- it's just a little bit quirky! 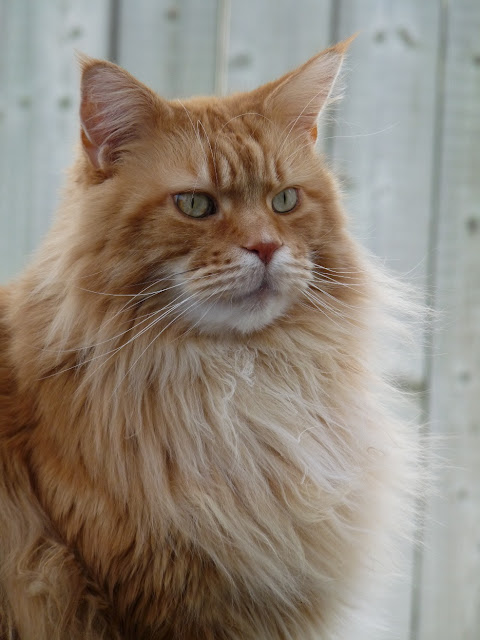 And this picture shows off Dante's PURRsonality -- he's quite secure with himself.  Now he'd like to secure the rest of his property.

Dylan and Dante wish you all a rocking Mancat Monday!  See you next week.
Posted by CCL Wendy at Monday, April 04, 2011

We know the ladies' hearts are being affected by all your mancat handsomeness!!!!!!!!!!!

How great to see the two boys out checking the garden hasn't been totally wiped out with all that snow. We can see that things are getting back to normal with the snow retreating further away and look forward to this years gardening posts.
Luv Hannah and Lucy xx xx

We think it's neat that you have a Lion and a Cougar at your house. All we have is crazypants Maui. He's a Hyena.

Excellent job fellas...Dylan we love your quirkiness! Dante you are a handsome mancat!

Looking very manly in your garden!

Hi Boys! It looks like yoo are having a marvelous ManCat Monday!

Please give my love to Dommy!

Wonderful mancat Monday photos! It's nice to see most of the snow gone and you guys getting out to enjoy the early spring!

You two boys do a good job of snoooopervising. Well done. You are both so darn handsome. Wish our Mom could take pictures of us that look that good. She is fiddling with the controls on the camera. Take care and have a great Monday.

MOL Dante really does make Dylan look so small. Kinda reminds me... *sniff* I'm sorry, can't go there. U show them mancats how it's done, guys!

Looking good, boys!! All that fresh air must agree with you!!

THey look like they are really enjoying the sunshine!

Backyard Boys! U 2 can't be Backstreet Boys- because that's 2 dangerous! U sure R cute in the yard though!