There's nothing that Domino likes better than a good roll, especially in the Spring!   With winter finally gone, efurrything could use a little rotation.  And Domino is no exception.

Whether it's on the bricks in the backyard patio, or on the front walkway, Domino doesn't discriminate.  They all need a turn for the better, and Domino's determined to give it to them. 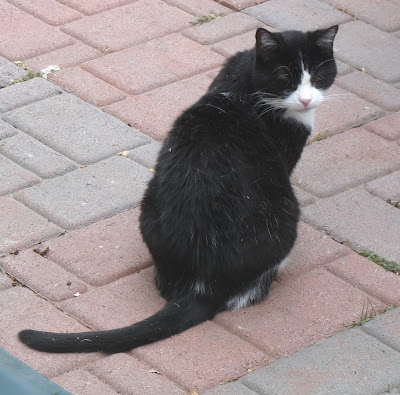 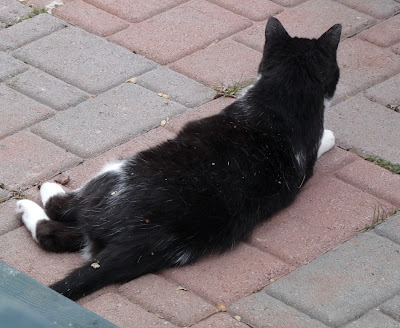 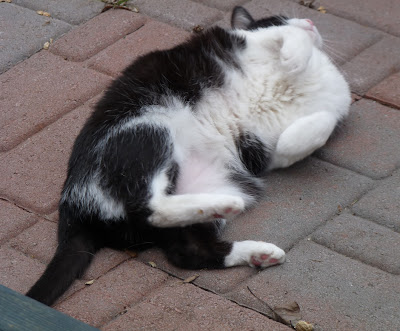 "Den yoo flips back an' forth.  Mommy wusn't fast enuff ta catch it!" 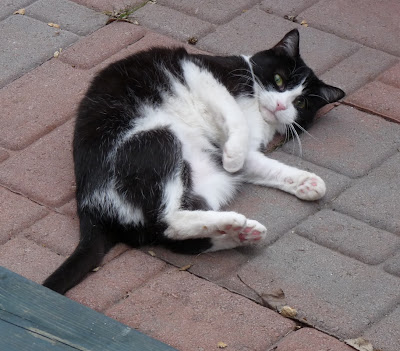 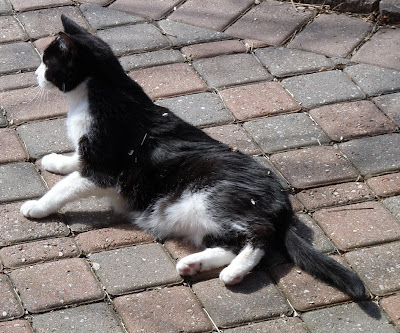 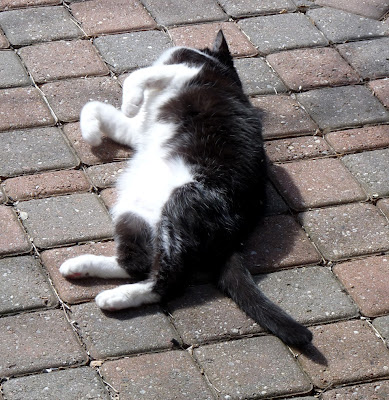 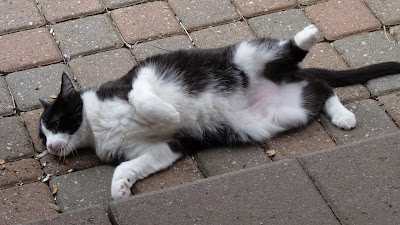 "Sumtimes, I likes ta doo a liddle twist on an old move." 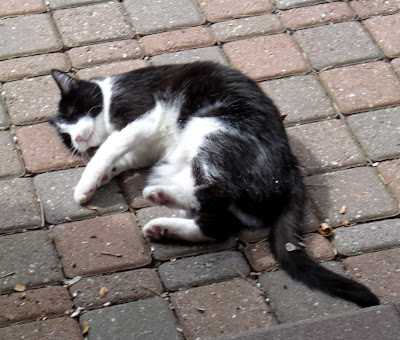 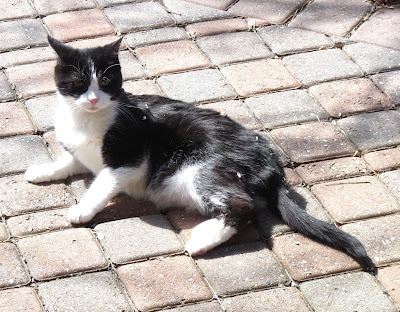 "So is efurryfing cleer to yoo now?  Dat's how it's dun." 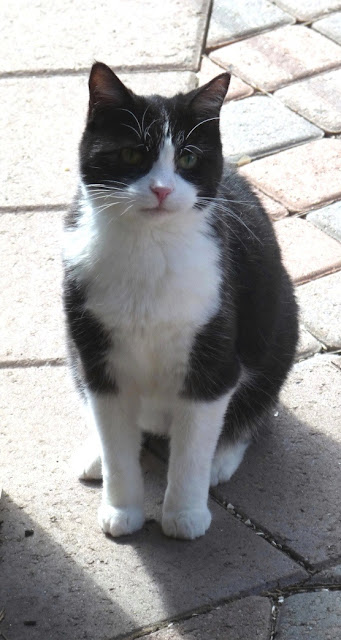 Domino, you're brilliant at rolling! A true master...mistress of the art!

Your spring rolls are marvelous

We have been studying your technique Domino - there's no doubt you are an expert at spring rolls.
luv Hannah and Lucy xx xx

Oh Domino, you have that rolling around just right. We love to do that too. You know all those moves perfect. Take care and have a great evening.

Domino, we know that felt as good as it looked!! We can't wait to get outside and do some rolling ourselves!!

Since I am not allowed outside, I do all my rolls indoors, but I love doing them anyhow! They are FUN!

Domino those are some cool rolls on the patio!! Looks like you are really enjoying yourself!!
Samantha & The Tuxie Gang

You do look happy, and we love the limp bunny paws (ooh so cute you are!). Spring is great, isn't it?

Miss Domino, I'd do anything you asked me too!

Domino. that was an excellent demonstrashun. I love to roll too ~ no wonder we are so well matched.
Mom said I can come and visit yoo this weekend and stayover, if that's ok.

Rubbing on concrete- is at the top of the list of things my cats miss- since we moved- they aren't allowed in the basement here. Your spring rolls are divine!

Hi Domino! You are so cute rolling in the sun! Our youngest sister Trixie is a roller too - she is kinda jealous you get to do your rolling outside though - she is indoor only. It looks like a lot of fun in the sun!

Oh, Domino! How did I miss your spring roll? Your form is perfect m'lady!

Domino you are the best roller we have seen in a long time, we especially like the twist add in!