TUXY TUESDAY WITH DOMINO: FIRE IT UP!

Daddy got a brand new Weber barbecue, and Domino had to check it out.  She really liked the old one because it was easy to climb. 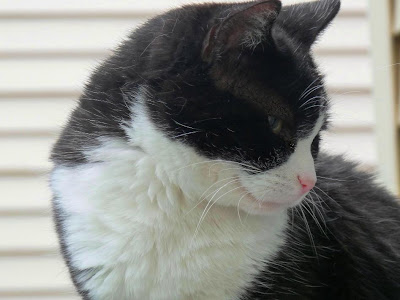 "Dis one is all shiny and slippurry on top!" 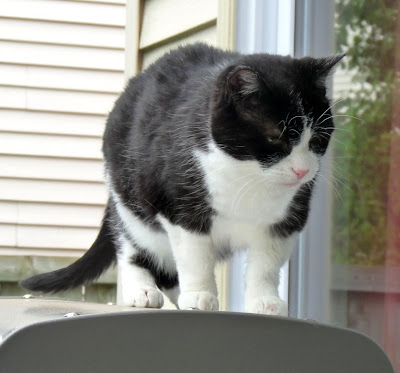 "I fink dis one is higher up dan de udder one, too!" 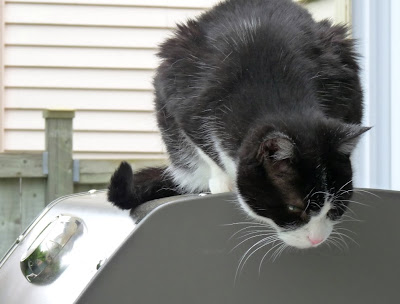 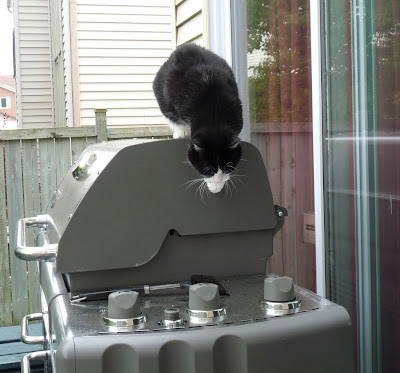 "Wow!  So many nobs down dere.  Da old barbee-Q didunt has any nobs on da side." 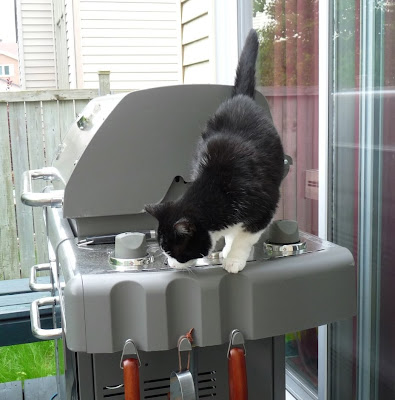 "I gotsta has a closah look." 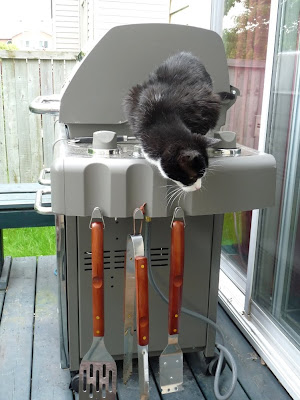 "Ooh!  I sees new barbee-Q tools, too.  But I liked ta lick da jooses off da old ones." 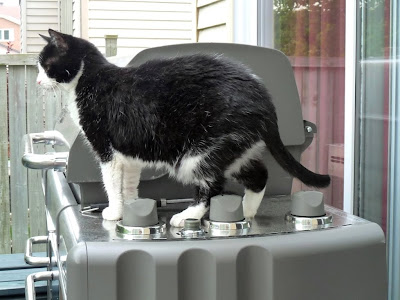 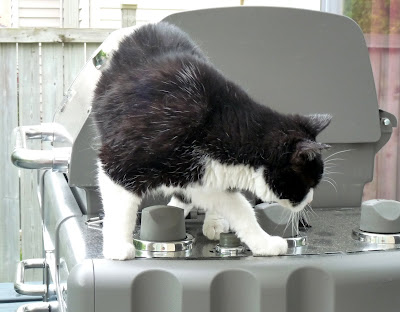 "See, I kin makes a free-point turn, no problem!" 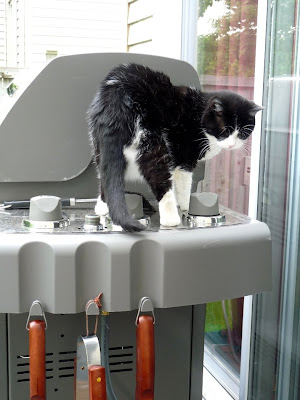 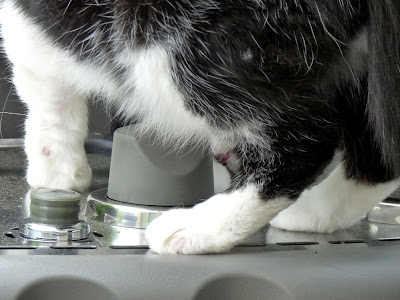 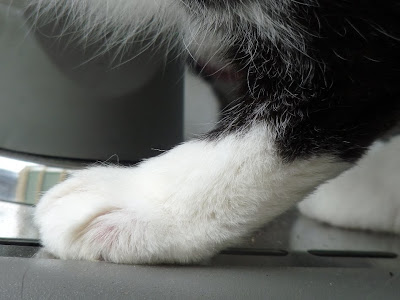 "By da wai, how does you like my liddle foot?  Isn't it deliCAT?" 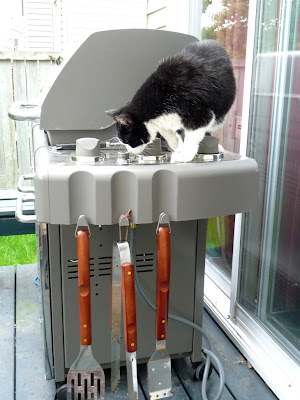 "Now dat I has a liddle spin arownd da dials ... 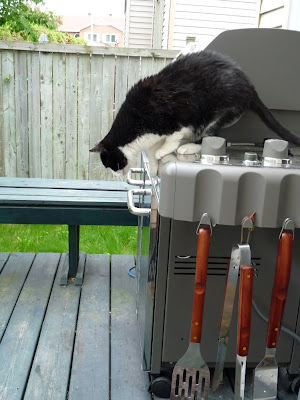 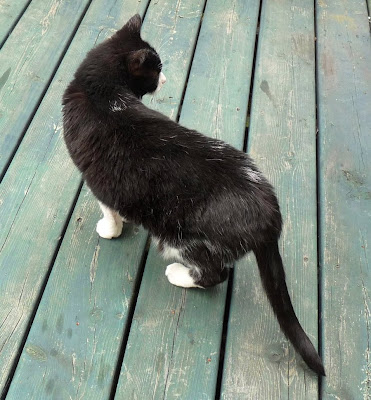 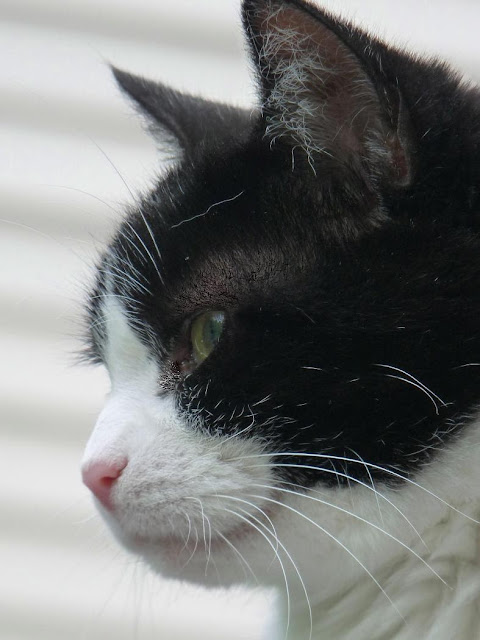 "Well, I finks I kin get used ta dis noo barbee-Q, but I still likes da old one bettah.  It alwais takes time ta make a noo furiend.  Maibe once Daddeh uses da noo tools an' I kin lick da jooses, it will feel more like it's mine.  Joose-lickin' is da key!"

You are a good tour guide, Domino! We know all the parts, now! That is a very sweet liddle foot!

Aw Domino you look so cute checking out the new barbecue! And it looks like you did a great job of investigating it!!

That's a very impressive BBQ! Thanks for the tour, Domino. :-)

Thanks for showing us around the new grill...can't wait to see what kind of goodies your dad will make for you!

The mom speaks: That last photo of Domino is VERY special!

Hi Dommy,
I can't wait for yoor visit tomorrow. Can yoo do a stayover? Bring yoor jarmies if yoo can. Please come over early so we have loadsa time.
Love Milo xxxxxxxxxxxxxxxxxxxxx

We think you are going to have many a happy moment with that new barbecue. Your daddy must be so glad you approved of it.

Oh, and Photoguy says all our photo's are meant to be shared with the world, even if he doesn't get around to it himself.

We enjoyed seeing the new grill, which is very nice btw...Domino is a gorgeous girl with adorable little feet!!...The last shot is an awesome close up of her precious face!...We love you, beautiful friend!...xo...Calle, Halle, Sukki

We LOVE when Domino is featured *happy sigh*

OH YUM... The outdoor NOM-maker! Just make sure you don't jump on it when it is hot! You look like you are waiting for a Cheezburger!!!

Impressive grill! Mama says she"ll be right over with fresh corn and skewered shrimp! And we love your little delicate feet!