Dylan is featured by himself today, on Mancat Monday, to show his true PURRsonality.  He's actually quite conflicted and vascillates between fraidy cat and mighty hunter. 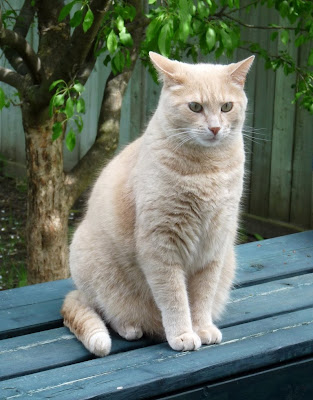 Most of the time, this is how we see Dylan -- with at least one ear cocked to the side ... 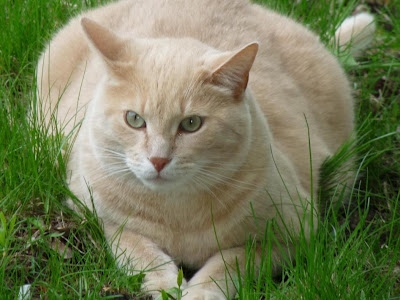 ... and a stunned, slightly alarmed look on his face! 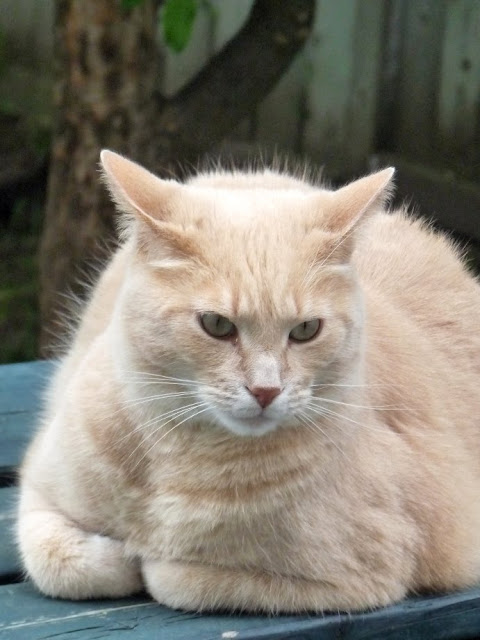 In this one, it even looks like his fur is standing on end!   And both ears are cocked at the same time -- this must be a state of heightened alarm -- or is it a sign of amplified alertness? 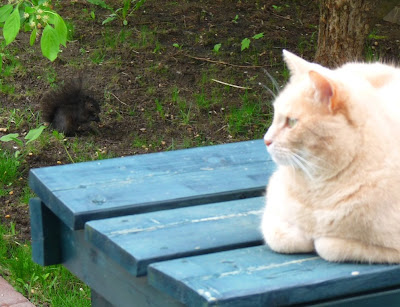 I think we can rule that last one out!  For all his heightened PURRceptions, one would think he would actually notice what's going on around him. 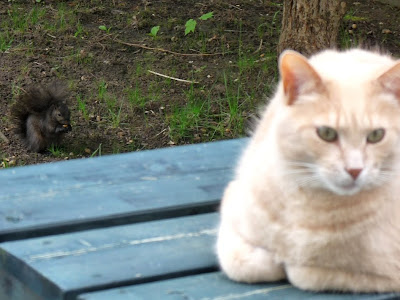 But no, the enemy (we've named him Bob) has invaded his space and Dylan is totally clueless. 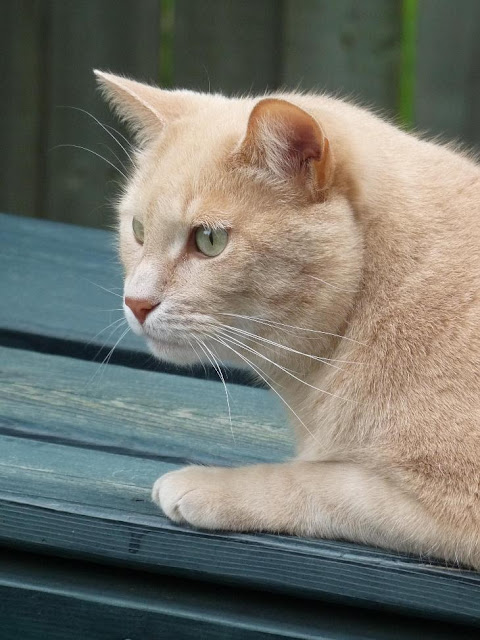 Until vile little Bob gets a little too cocky ... 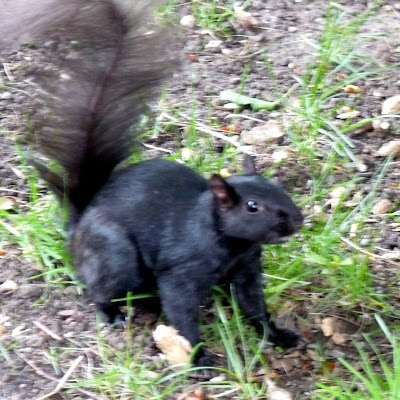 ... and gives himself away! 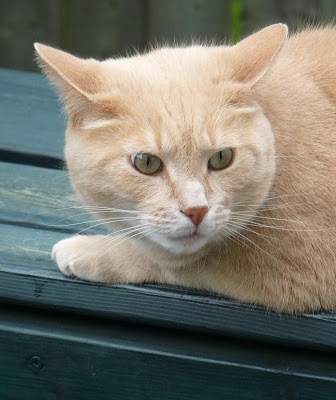 But does Dylan move a muscle?  No!  And he could have had keBOBs for dinner tonight, but instead ... 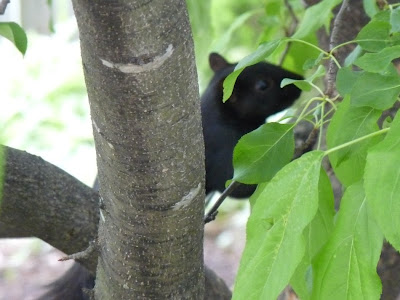 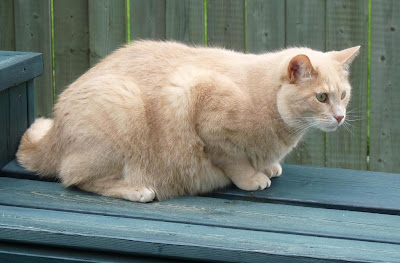 Oh well, PURRhaps a nice BOBolink will come along.  (Dream on, mighty hunter!)
Posted by CCL Wendy at Monday, May 17, 2010

Maybe he's just trying to confuse the squirrel! His fur looks so good against that blue bench, by the way!

Dylan is super handsome! He looks like such a mighty hunter - he must have just let little Bob go mawhawhaw!
Purrs, Keiko Kenji & Pricilla

Love that closeup photo of Dylan (about 5 or 6 down from the top?)- absolutely clear and perfectly exposed. -- Marilyn

The squirrel is very cheeky, getting so close to him. Dylan is a very pretty boy!

Dylan we love your expressions!

Very bold of Bob! Squirrels around our place can be downright nasty. Photo #5 (I think) is especially great! Dylan is such a handsome mancat and you always show him off so well with your photography. :-)

You are such a handsome mancat, Dylan....xxxxxxxxxxxxx

Dylan, we love all your different expressions! You are so animated!

You are very handsome Dylan. I can tell you are secretly in control of the entire Bob situation ;)

aw Dylan you are so cute.

Oh Dylan, those are such great pictures of you. You are one handsome dude. Maybe you were just sizing up Bob and are going for KeBobs a little later. Got to make sure he is catch able.
Have a wonderful day.

Creamy Dreamy kittyboyz- are one of my faFURites! I love the shot were you can actually see his FURZ standing on end!

Dylan is so Mancatly handsome. That squirrel better watch out!

Haha! Dylan, we can't believe you didn't go after Bob!

Be a lover not a fighter I say!

Dylan is one handsome kitty.

Clearly Dylan was to busy posing to bother with annoying little Bob.

Oh Dylan! You are so cute with your "stunned, slightly alarmed look"!

We think Dylan is just lulling Bob in with a false sense of security and maybe he will start bringing his friends around for the big hunt!!...Dylan is a brilliant, handsome boy!...kisses sweetie...xo...Calle, Halle, Sukki