Domino asked me to do this photoshoot, specifically with Milo in mind. She hasn't seen him since her birthday (and Alfie's), last week, and wanted to send him a veritable photo essay of herself to remind Milo what he is missing.

She also selected each photograph carefully to make sure that every one was portraying the image she wanted to convey to her beloved. In a number of them she is staring straight into the camera, speaking to Milo through the depths of her dark green eyes. In others she is being rather coquettish (befitting Madame Domino Coquenard).

At last, she stares off into the distance to let Milo know she is yearning for him and eagerly awaiting his next visit. They have been apart for far too long. Such is the bittersweet nature of the long-distance relationship!

Domino sends you her love, Milo -- and hopes that you can feel it, as intensely as it is felt, as it travels over land and sea to make its way to you!

P.S. We have a new feature on the LOLSpot titled: "LOLCats with a Garden". To visit LOL-Siena and LOL-Chilli, just click on the LOL icon, second from the top to the left of this post. 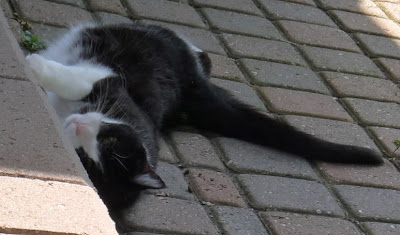 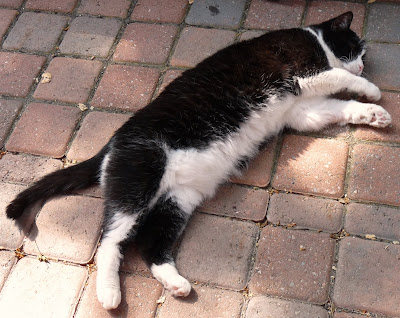 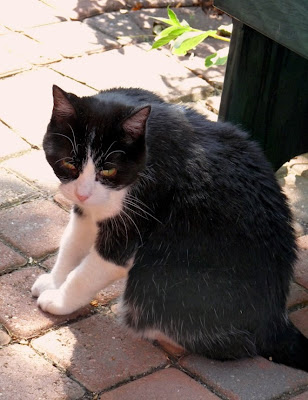 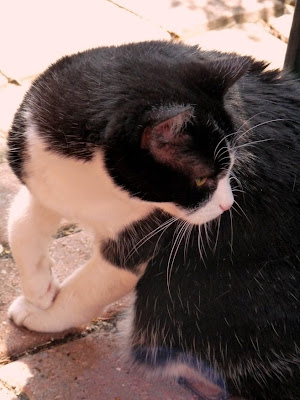 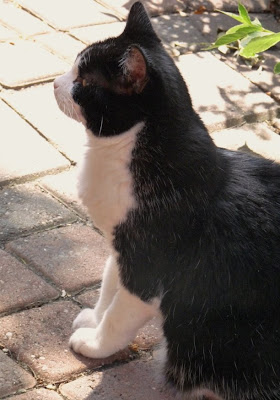 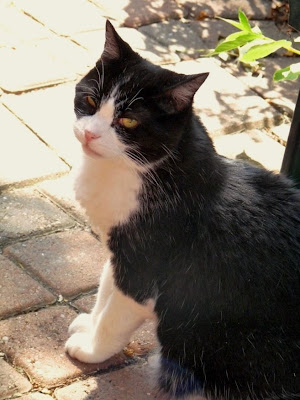 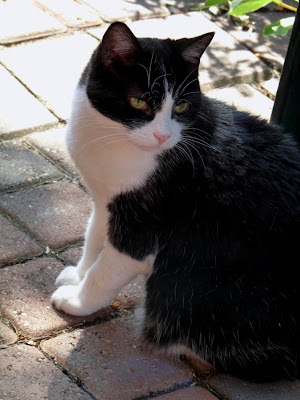 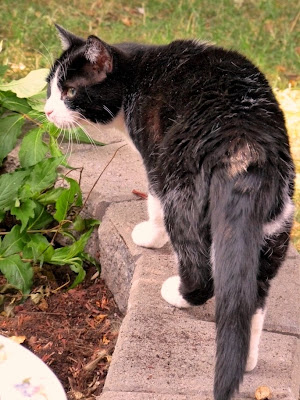 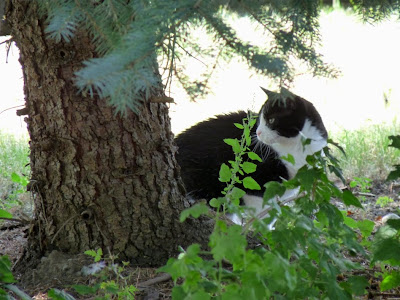 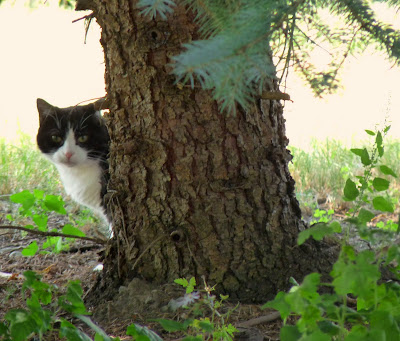 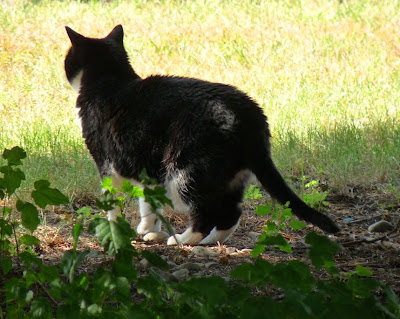 Milo won't be able to resist. We think he'll be teleporting over as soon as he sees these pictures!

I'll pop over on my boogie mat tomorrow to spend some time when the Hams of the Werld Tour 2009 has ended. Have yoo forgotten that I came over for your birthday and collected yoo for Alfie's birthday party last week? I brought you Roses and efurrything? (puzzled) Have yoo fogotted?

Those are some great photos of you, Domino! We know Milo will love them!

Domino you are simply stunning!

What a wonderful study in black and white! Milo must feel faint!

Domino, you are so pretty! I really like the photo of you peeking out from behind the tree trunk.

How romantic you are, Domino!

We think Milo will be hot pawing it over to you when he sees your photos.

Who could resist you, Domino? Of course he would never forget you!

You sure know how to work the camera, Domino! Milo is one lucky mancat.

Oh Dommy, you are simply stunning. It's no wonder that Milo loves you so.

U haz so many difFURent moods and poses!
CC

Domino, these are superb pictures. We adore the ultimate one, the pose is somehow really cute.
Lots of purrs, Siena & Chilli