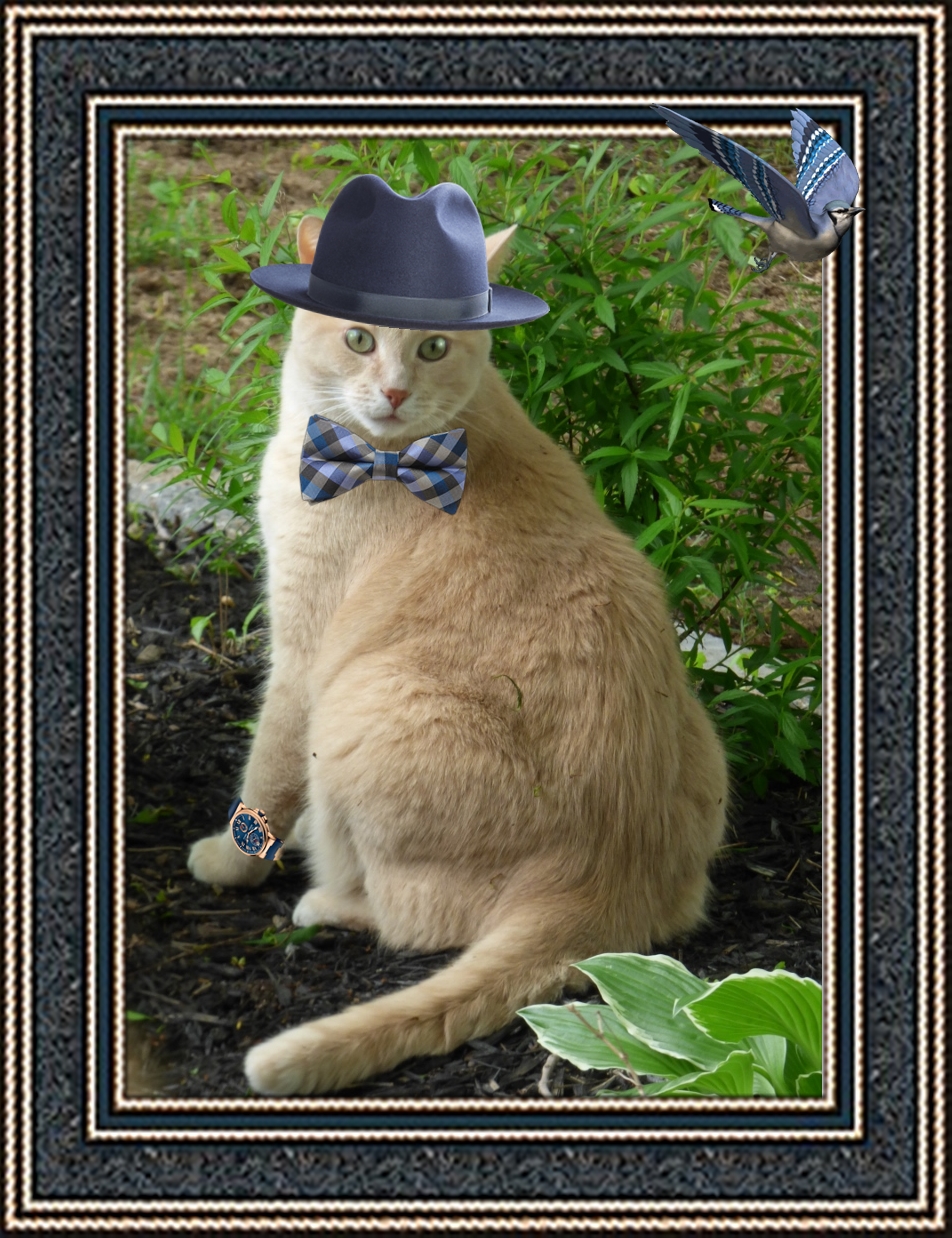 Dylan just 'blue' me away in his navy fedora with blue-toned checked bowtie and gold and dark blue Ulysse Nardin watch.

He's got that wide-eyed look of surprise that was his signature, but still looks quite dappurr in his classic mode.

Mr. Blue Jay has checked Dylan out and is satisfied that he has served as inspiration for Dylan's choices.
.
"As another 'Wilde' creature once said:  Imitation is the sincerest form of flattery."
says he making reference to Oscar Wilde (a writer who was known
for his appreciation of beauty)