DYLAN & HALLE: THE WAY THEY WERE

Here is a final post recalling the love story of Dylan and his fiance Halle.  They had such good times together.  These are just a few. 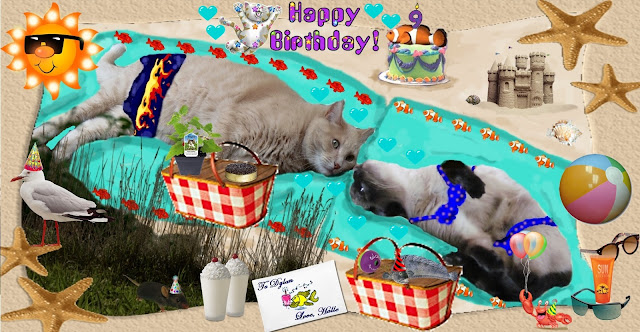 In 2011, Dylan and Halle had a beach vacation to celebrate Dylan's 8th birthday. 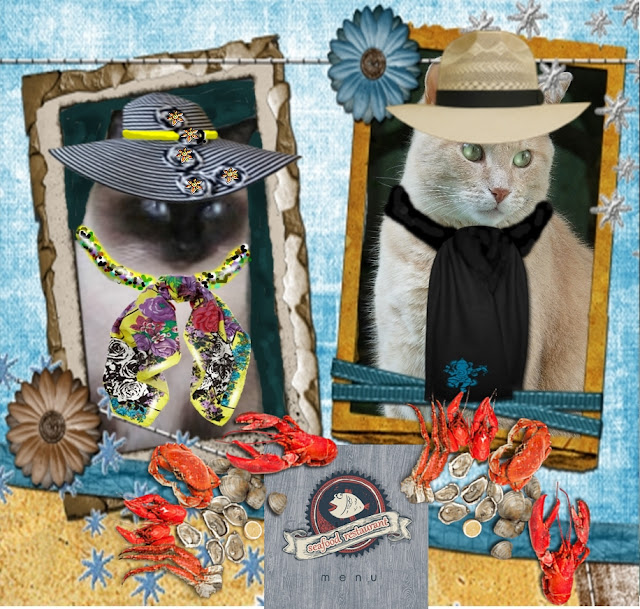 Afterwards they went out to a very posh SEEfood restaurant because as Dylan said:
"Wen I see food I wonts ta eat it!" 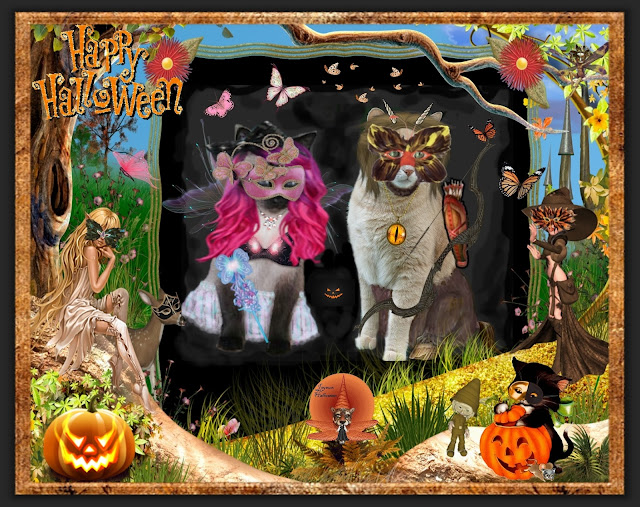 For Hallowe'en in 2013, Dylan and Halle dressed up as a satyr and a wood nymph (respectively).  They both dared to "go into the woods at night" that night! 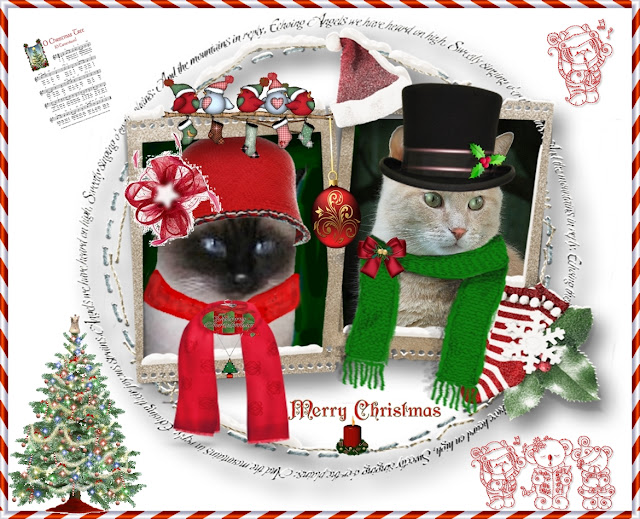 This is the Christmas card they sent out that same year. 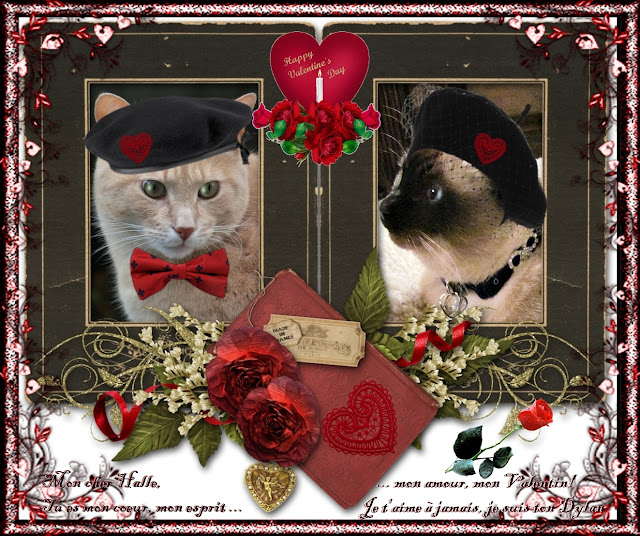 Dylan gave this Valentines Day card to Halle in 2014.  She was surprised that he could speak French.  Being a Canadian cat it came naturally to him. 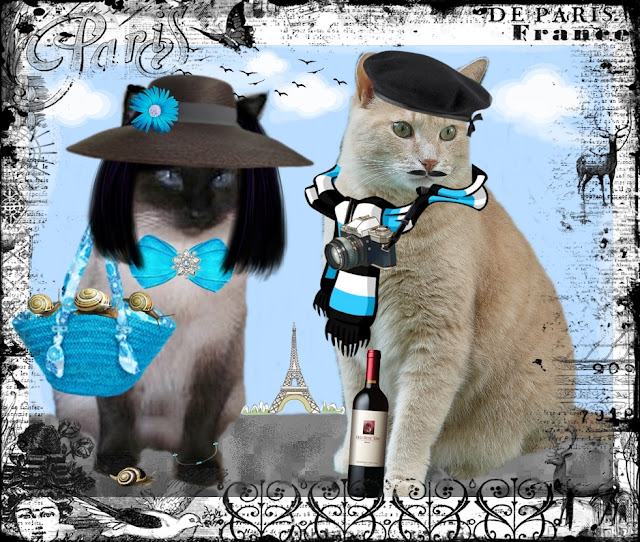 Being French-speaking also came in very handy on their trip to Paris later that same year.
"C'est fantastique!" exclaimed Dylan. 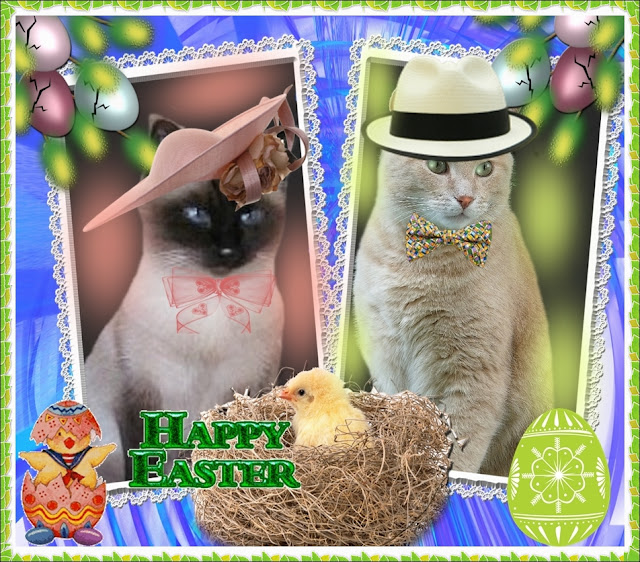 The loving couple also spent Easter together in 2014 purrchasing new hats just for the occasion. 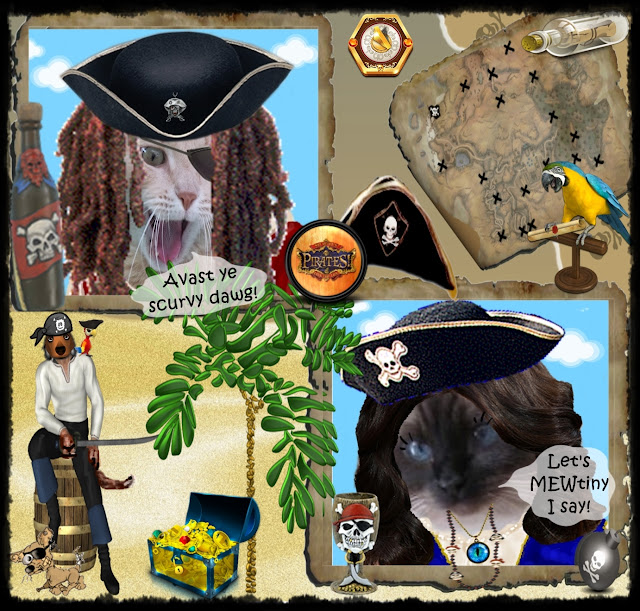 They both dressed up as pirates for "Meow Like a Pirate Day" in 2015. 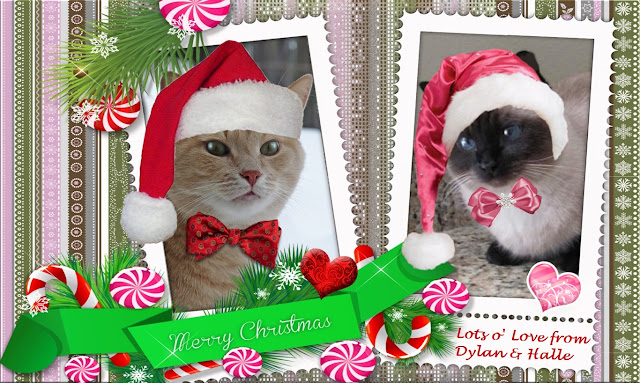 And they "Santified" themselves for their Christmas card that year, too. 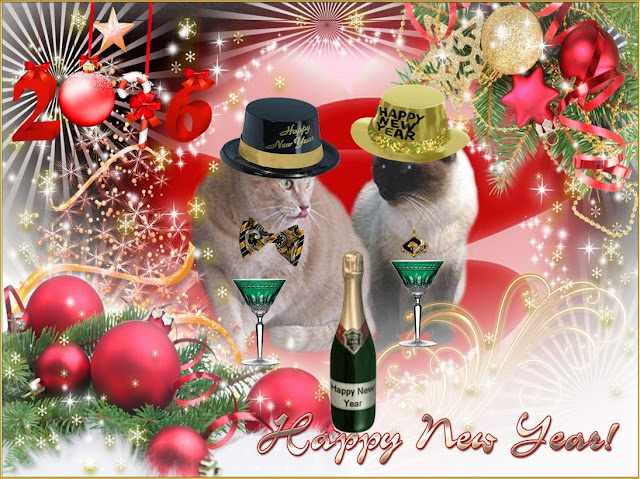 New Year's 2016 saw Dylan and Halle celebrate the anniversary of their engagement, as well as ringing in this new year. 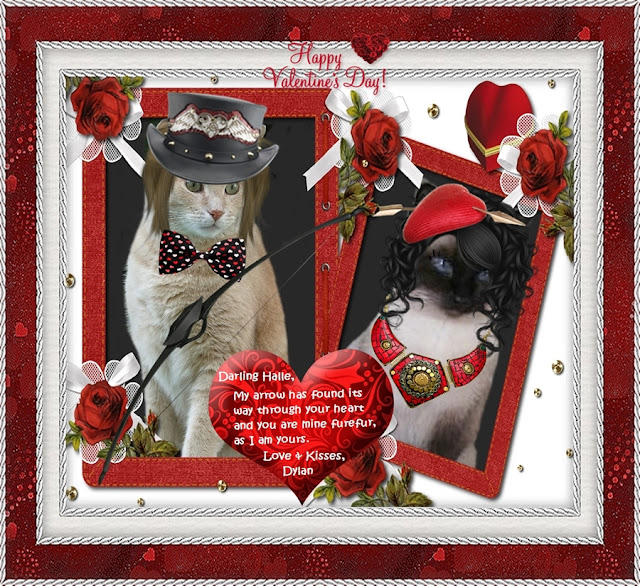 And Dylan wrote this moving message to Halle on their final Valentine's Day together this year.
It let her know that their love was furefur. 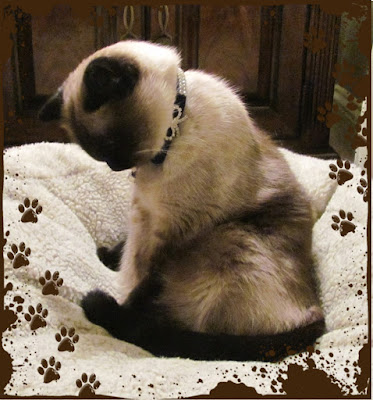 In this picture Halle is wearing the engagement collar that Dylan gave her when she became his fiance. She never wants to take it off.   Today Halle still struggles with her loss, but Dylan has left ... 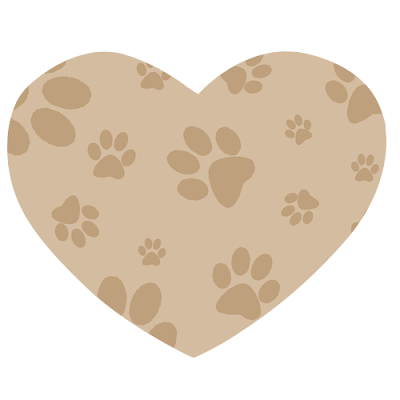 Such a sweet and loving couple. Sascha understands.