Dylan was the last of the 3-Ds to arrive in our home, and he was the last to leave.  He passed peacefully at home yesterday with the assistance of a kindly veterinarian. 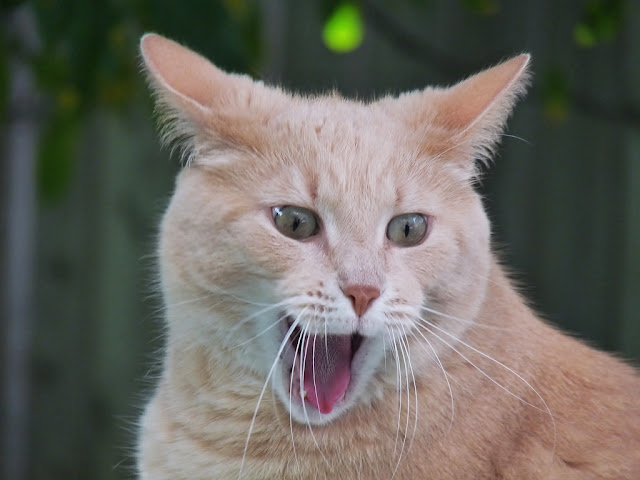 This is my favourite picture of Dylan and how I would like to remember him.

It all seems to have come on suddenly.  Dylan appeared to be fine and then on Sunday he disappeared into the basement for more than 24 hours.  We needed help to ultimately find him, and my son finally did -- hiding inside a box (of which there are many down there).  We blocked the basement after that so we could monitor him, but he kept to himself hiding under the bed in the master bedroom.  At least we knew where he was.

A couple of times he came out for a nibble, and even jumped on top of the cat tree.  He could still move and run very quickly.  However, it was soon obvious that he was really out of sorts and I felt that he was suffering.

We hadn't been able to get Dylan to a vet in many years because he is so terrified of everything; especially the carrier and the car.  He would always hide and be impossible to find, and even if you did he would struggle mightily and make it impossible to proceed.

When I called the vet, they gave me the number of some mobile veterinarians who thankfully could come to our house the same day.  I knew Dylan was suffering and it broke my heart.  They were remarkable; so professional yet exceedingly compassionate at the same time.  They had to crawl under the bed to sedate him before bringing him downstairs to me.

The lady vet had performed an examination of Dylan and the diagnosis was made, along with information gleaned from me, that this was end-stage renal failure.

The vet assistant carried Dylan, wrapped in a blanket which they brought, and placed him beside me on the sofa.  He was heavily sedated, so could hear me tell him I loved him, and feel my hand as I stroked him.  His passing was swift and painless.  I felt such relief because I knew he had been suffering badly.  It was appropriate that Dylan passed at home because this is where he always wanted most to be.

However, now he is with the other 3-Ds, and there is a big reunion on the Rainbow Bridge. 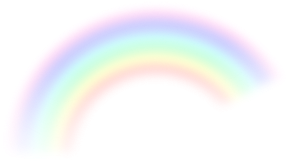 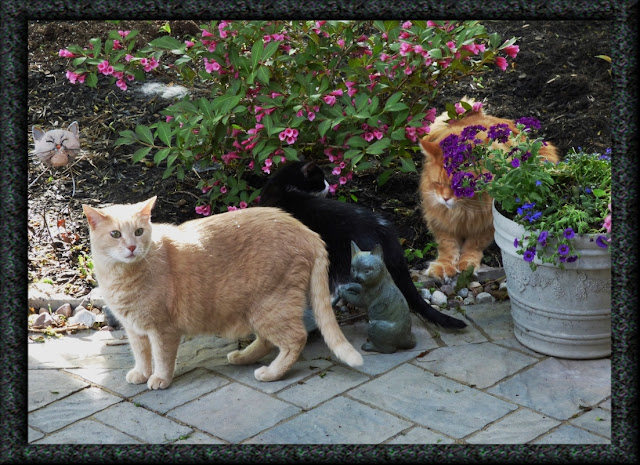 Dylan, Domino and Dante are all in their forever garden, just hanging out and having fun.

And the love keeps keeping on ...

P.S.  As with Domino, I will continue (for a while) to post some of Dylan's best pictures as a memorial to him.

I'm so very sorry to hear about Dylan. We too are heartbroken over his loss.

We are so very sorry to hear about Dylan-

Oh Wendy, we are so sorry about Dylan, but know that he had such a wonderful home with you and knew so much love. He was a very lucky boy as were the others. Sending tons of hugs.

We are so sorry to hear about Dylan. We send you comforing purrs and gentle headbutts.

I will love you forever and ever, my sweet Dylan...Wait for me at the Bridge and one day we will be together again, my darling...XOXO...Always...Halle

Oh Wendy, my heart breaks for you. Losing a loved one is never easy, and to think of them all together on the bridge.. *with leaky eyes* I'm so sorry.

Dylan, we are finding it hard to gather words buddy; we are beyond sorry and we can't imagine what mom and dad are going through right now having just lost domino not three month ago. you are and always will be one handsome dood; you rocked your hats and your bow ties and few could compare. your outdoor shots were awesome. we know you are happy to be re-united with Dante and Domino and we know you no longer suffer, yet we are very very sad....we will miss you dood as will all your friends.

Godspeed your journey to heaven

I am so sorry to hear about your precious Dylan. I so enjoyed his romance with Halle at Jacqueline's Cat house. Dylan was a handsome boy and I know that we love our animals like family. However, with that said I know he will be missed terribly. Love never dies, love lives on in our hearts. So sorry for your loss. 🙏

We're so sorry for your loss. Sending you purrs and hugs.

We are so very sorry to hear about Dylan's crossing over. Many hugs and purrs and purrayers are being sent to you from all of us at Forty Paws.

Wendy, I am so very sad to hear about sweet Dylan and I can't even imagine what you're going through losing the 3-Ds. That handsome boy always made us smile, as did Dante and sweet Domino. Hugs and all our love coming your way. Run free Dylan and give the others at the Bridge a head bonk from all of us.

I'm so sorry to hear of Dylan's passing. I know your heart is breaking with all of the 3-Ds at the bridge. You've given to much to them and they were blessed to have you in their lives. I'm sending my prayers, hugs, and good thoughts as you grieve this loss.

Wendy ~ am at a loss for words, it feels as if a a special place in time is now gone, all of Carm's beauties, your 3 D's ... I believe all together, in heavenly peace. I am so very saddened by your loss. All the D's were magnificent and beautiful and your photos of them will remain as a testament to their beauty. I send you a hug of love.
Prayers, and purrs.

My heart is broken for you as the last of your 3 D's made his way over the bridge. Sending hugs and purrs

Wendy, I send my condolences at this sad time. We all of us in the CB know the pain of loss when our family leaves us. Love and warm hugs from Katie and me. Prayers and purrs for your hearts.

We are so sorry to hear about your loss of Dylan. Such a lovely man cat. Big purrs of comfort to you.

Oh Wendy, I'm so terribly sorry. I haven't blogged for the boys (Nicki and Derry, formerly Fuzzy Tales) in a very long time, of course remember your trio very well, and am so saddened to read that Dylan now has passed too. Sending you universal Light, and hugs too, with soft purrs from my two. Peace to you.

Oh my, I'm so very sorry for your loss. You have lost two furbabies too close together. Sending you a big virtual hUG, but wishing it could be more.

Wendy, my heart goes out to you. I send you love, hugs and strength.
Love
Barb (Nellie the Cat From Hell)

We are so very sorry and heartbroken for you. Thank you for sharing the lives and pictures of your beautiful furries with us over the years. Purrs and hugs.

I am sorry for your loss. I didn't know Dylan or his fursiblings but I know all to well the pain of loss. My prayers are with you during this difficult time.

we are deeply sorry to hear this sad news. Sending you (((hugs))) of comfort catchatwithcarenandcody

I am so sorry for your loss. It is wonderful that Dylan was able to stay at home with you as he crossed over to the Rainbow Bridge. My thoughts and prayers are with you. ♥

So much loss at the moment, so any wonderful brilliant souls leaving us.

Dylan, farewell and I am so sorry you have gone.

We're a r very sorry to hear that Dylan has gon over the Bridge. We're sending soft, healing purrs and prayers to you st this sad time.

Rumblemum is in tears, we are so saddened by the loss of sweet Dylan. Sending every purr and good thought that we have today to you <3

Our Inigo will be there with the other two "D's" to greet Dylan at the bridge, I just know it.

We are so sorry for your loss.
Dylan was a mighty handsome kitty and we know you miss him a lot.
WE send you comforting purrs and hugs.
Purrs Georgia,Julie and JJ

I'm very sorry for your loss! Dylan, Domino and Dante were such beautiful cats and I can imagine they are very missed! Purrs and hugs.

Whilst we had never met, my paws and heart reach out in friendship and comfort to you all at this time.
Gentle purrs, Erin

I am so sorry to hear that Dylan has made his journey to the Bridge. I send love and hugs to you.

I am so saddened to hear this. Dylan died a couple days before Shaggy, who died in his sleep Thursday night. He also had kidney issues and just wanted to be in the basement the last week in his soft bedding. I do not believe he was in pain. Just tired and ready to go. He was 17.
May your memories and your love be a comfort to you,
I can say know exactly how you feel, because I'm feeling it too. Bless you.
Lynne

The end often does seem to come suddenly. We're never ready for it; we want them to last forever. They can last forever in our hearts. Godspeed, Dylan

We are so very, very sorry to hear of your loss of Dylan and your recent loss of Domino as well. We are holding you in our prayers and thoughts and hearts as you grieve the loss of your precious Dylan and Domino. Sending you gentle purrs and surrounding you with love...

Very sorry to hear about Dylan. His facial expressions always made me smile and that is how I will remember him.

We are so sorry for your loss. Purrs to you all.