When a cat really wants in, there's no consoling them until you actually open that door.  Here are a few examples of all three of mine who wanted in at the same time.

They were literally camped out on the front door sill and once the door opened, it was a like a feline stampede.  Move over, Mama! 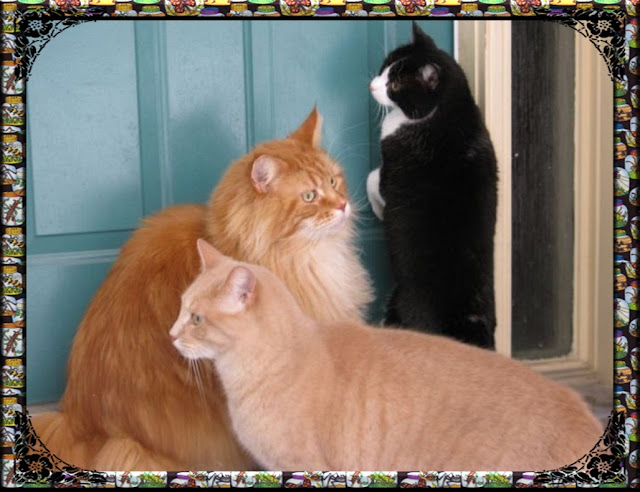 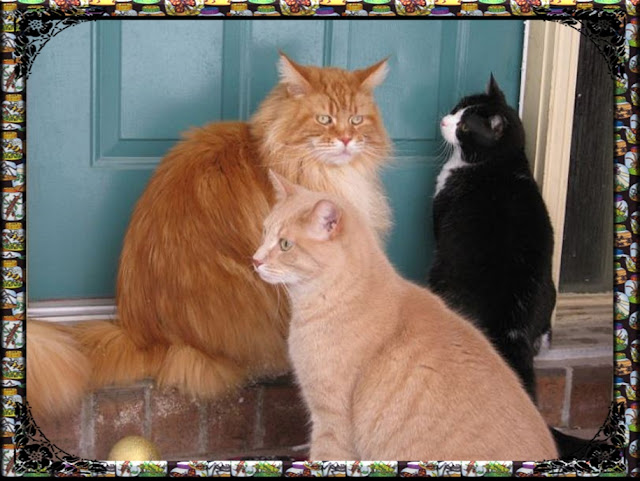 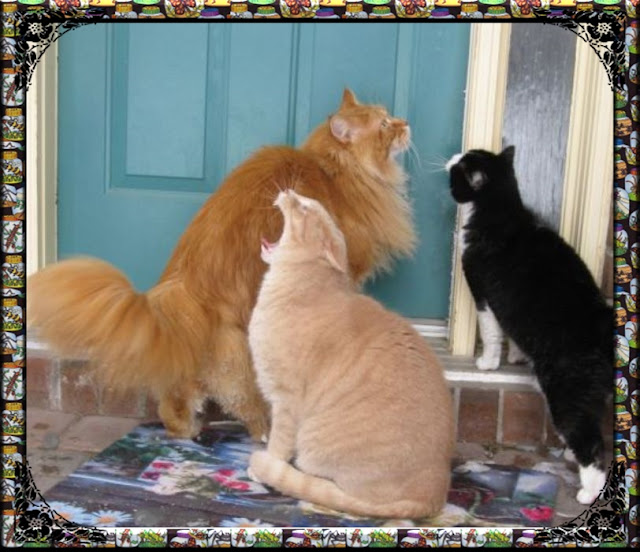 In this last one Dylan looks like he's howling at the top of his lungs, and the other two are poised for imminent penetration of the entryway. 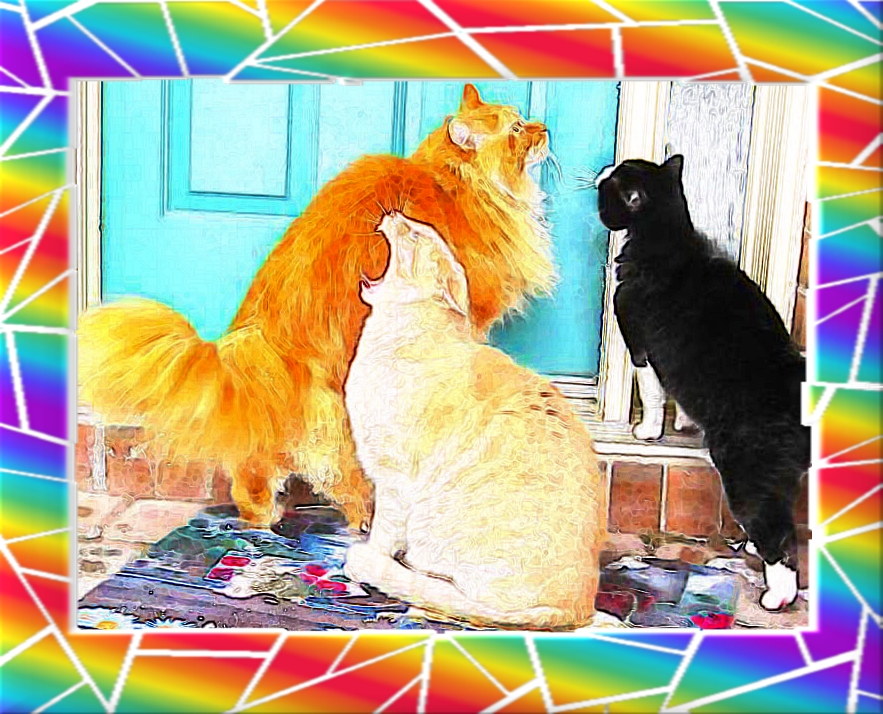 I even used this one, enhancing the colouration, as a calendar cover in 2014. 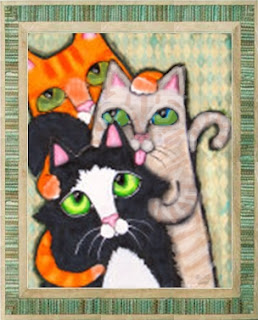