It's May15th which is "Straw Hat Day" here on the Cat Blogosphere.  As you know, my 3-Ds just LOVE to wear hats, so this is just up their alley. 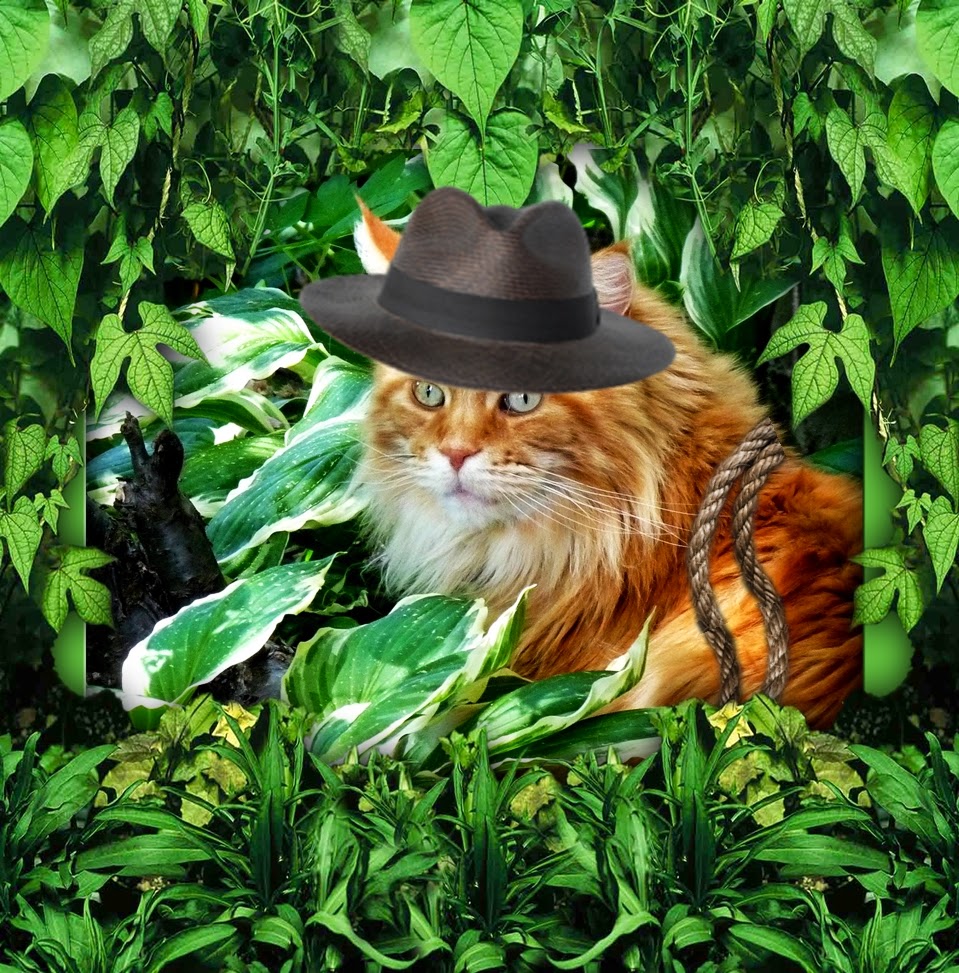 Today Dante's alley is deep in the jungle.  He's sporting a straw "Indiana Jones" hat and he's on the alert for lurking danger.  With his trusty rope he can fly Tarzan-like through the trees, or rope in a pesky beast if need be -- just like his hero, Indiana! 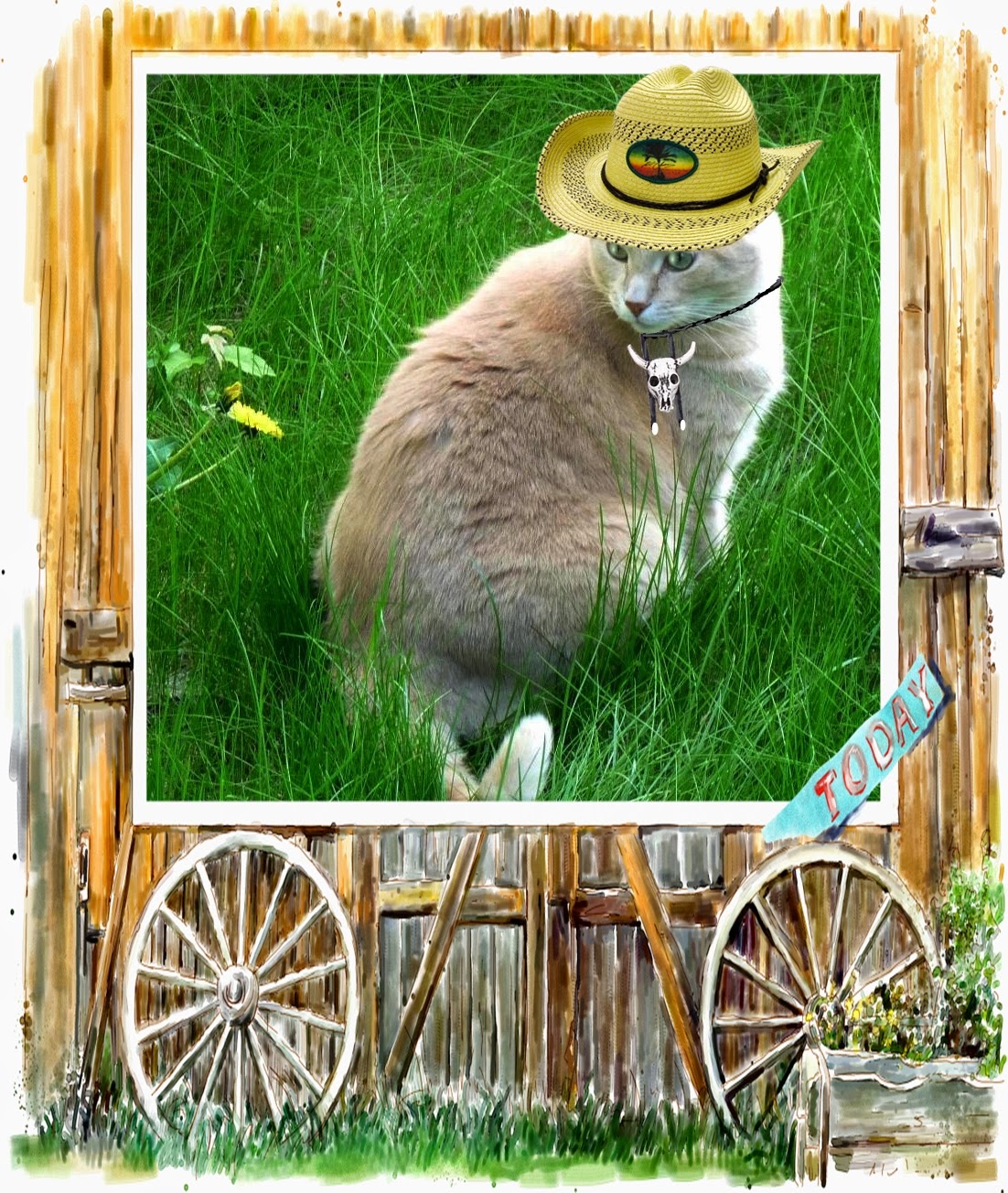 When they drew straws for which hat to wear, none looked as good as this "Kenny Chesney" yellow straw cowboy hat.  So Dylan lucked out.  "My hat mite be yellow, but I'm not", says he.  "Yeah, sure -- that's bull!", says I, staring at the skull on his bolo tie. 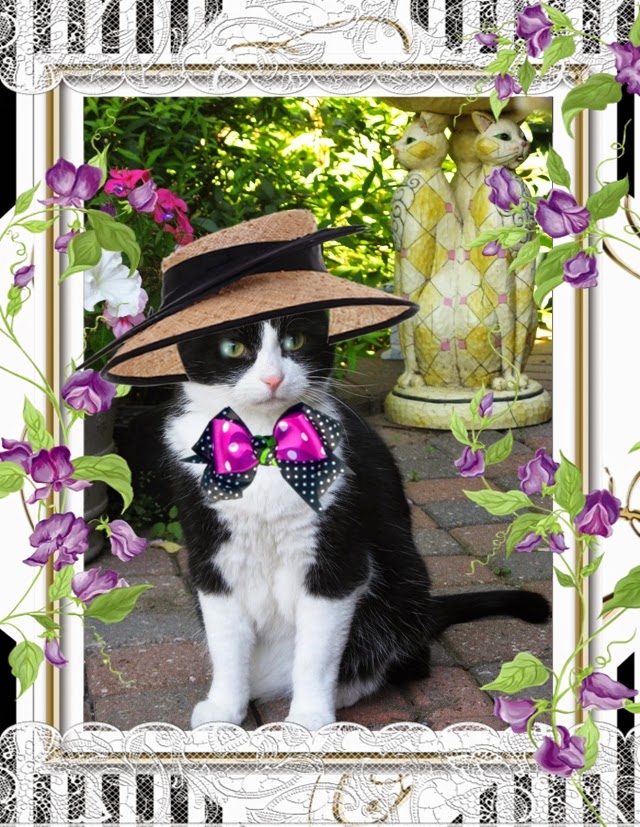 Domino is a vision of loveliness in her comtemPURRary straw hat trimmed in black with feather.  "I gots a feddah in my cap", boasts she.  Her pretty black and white polka-dotted bow with fuschia and green accent combine to make her a real standout. 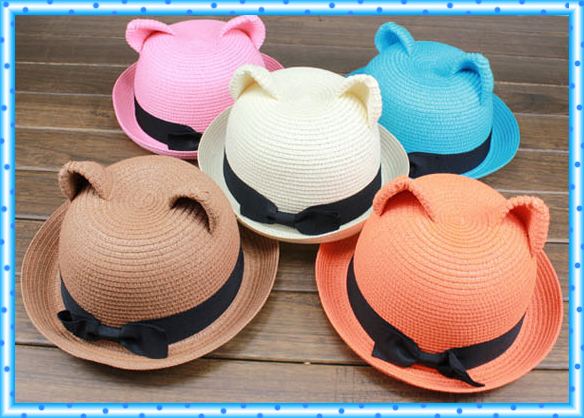 By the way, it seems they've just come out with straw hats made especially for cats (or people who want to pretend they're cats).  They even have their own ears!