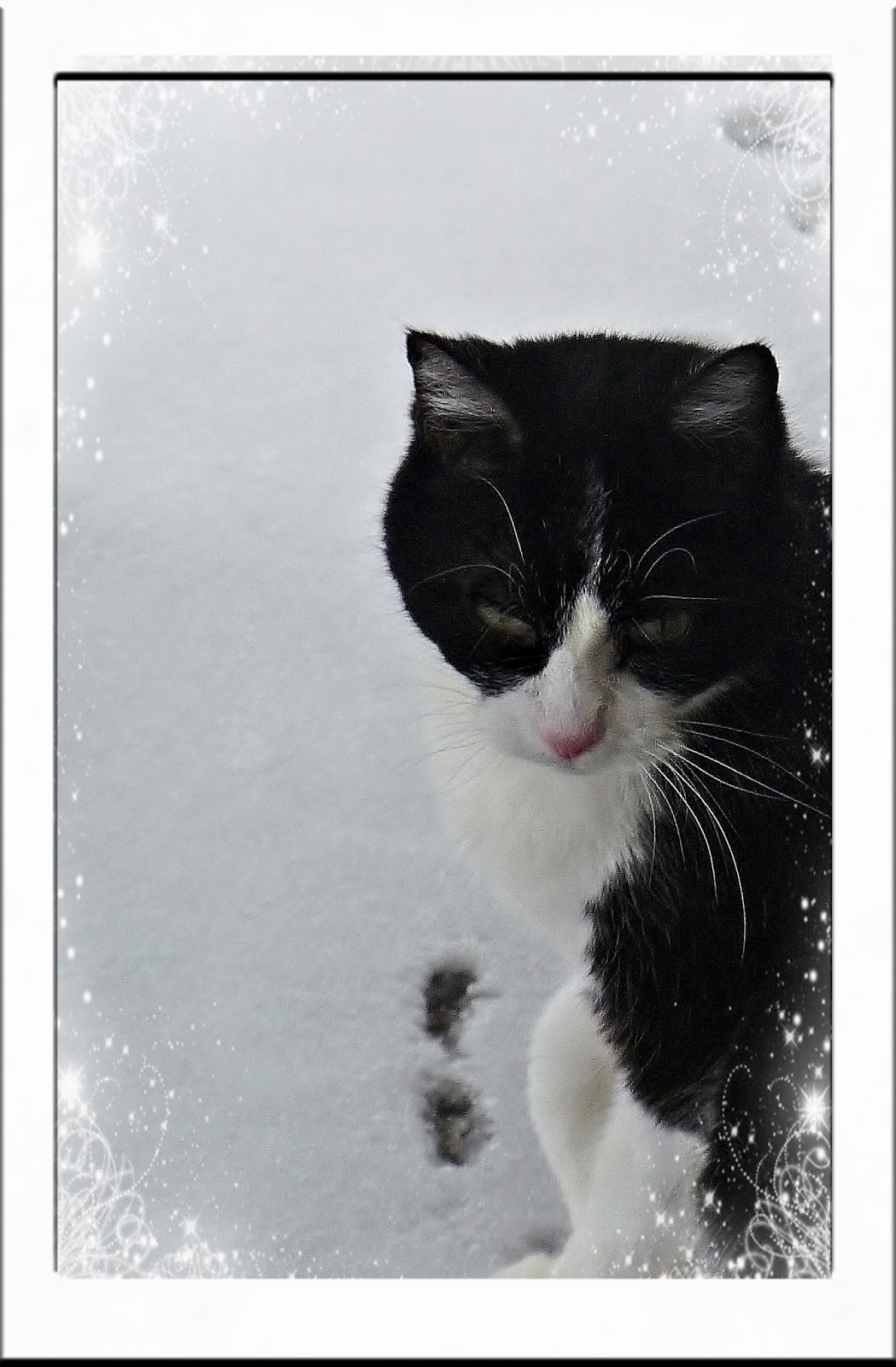 She likes to leave her footprints in it ... 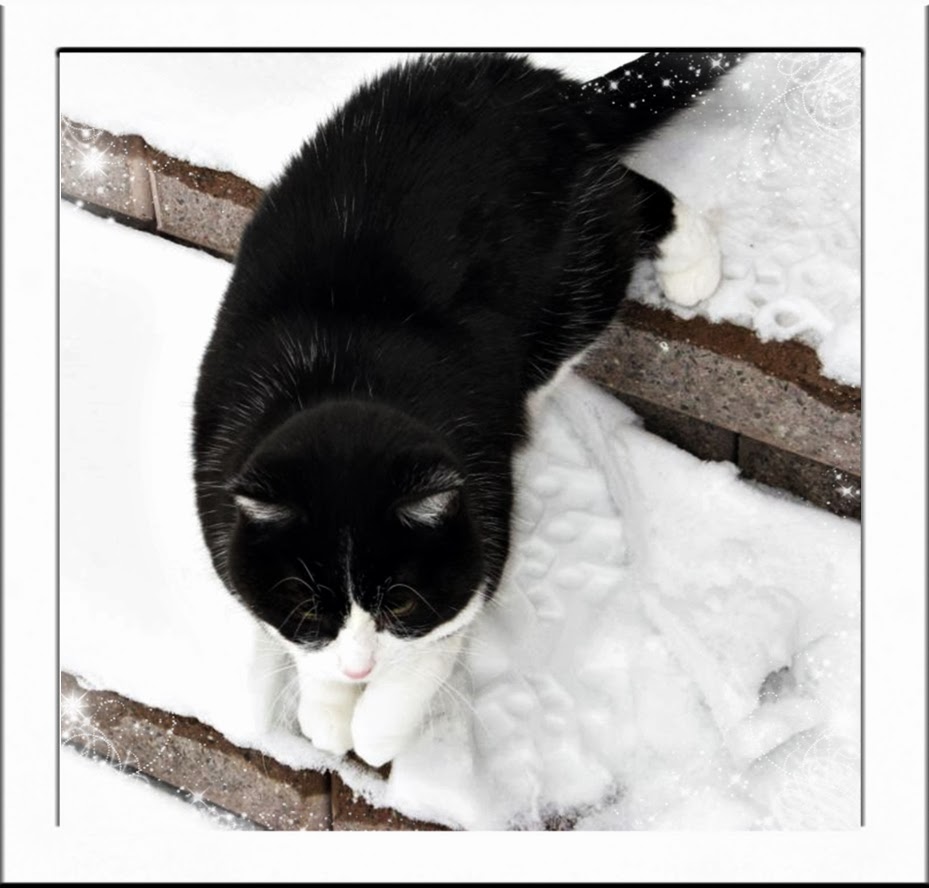 ... and suPURRimpose her own on top of others. 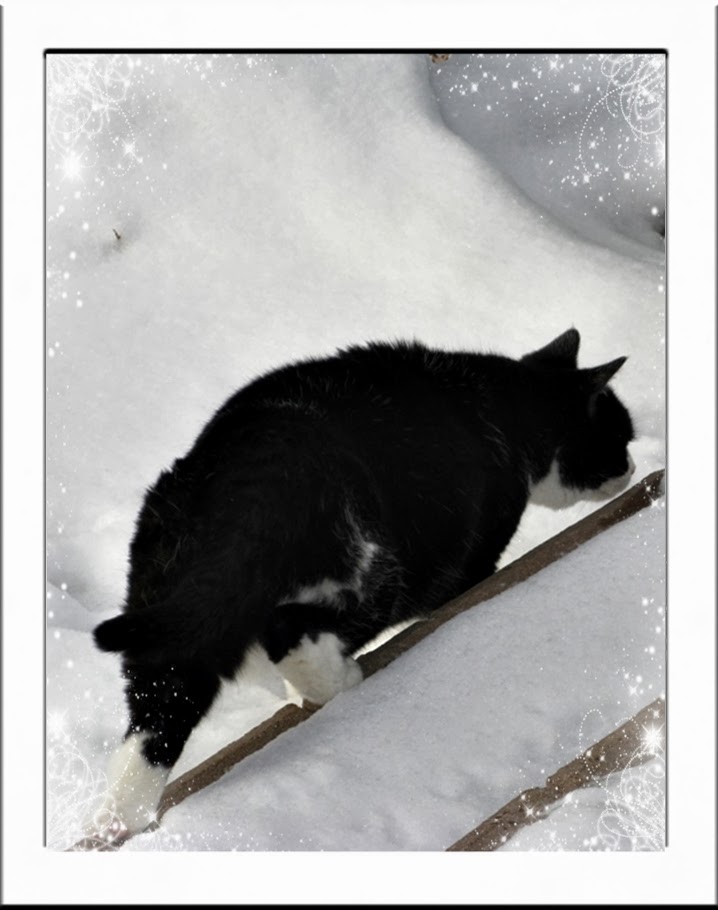 Like efurrything else in Domino's domain, the snow is hers and hers alone. 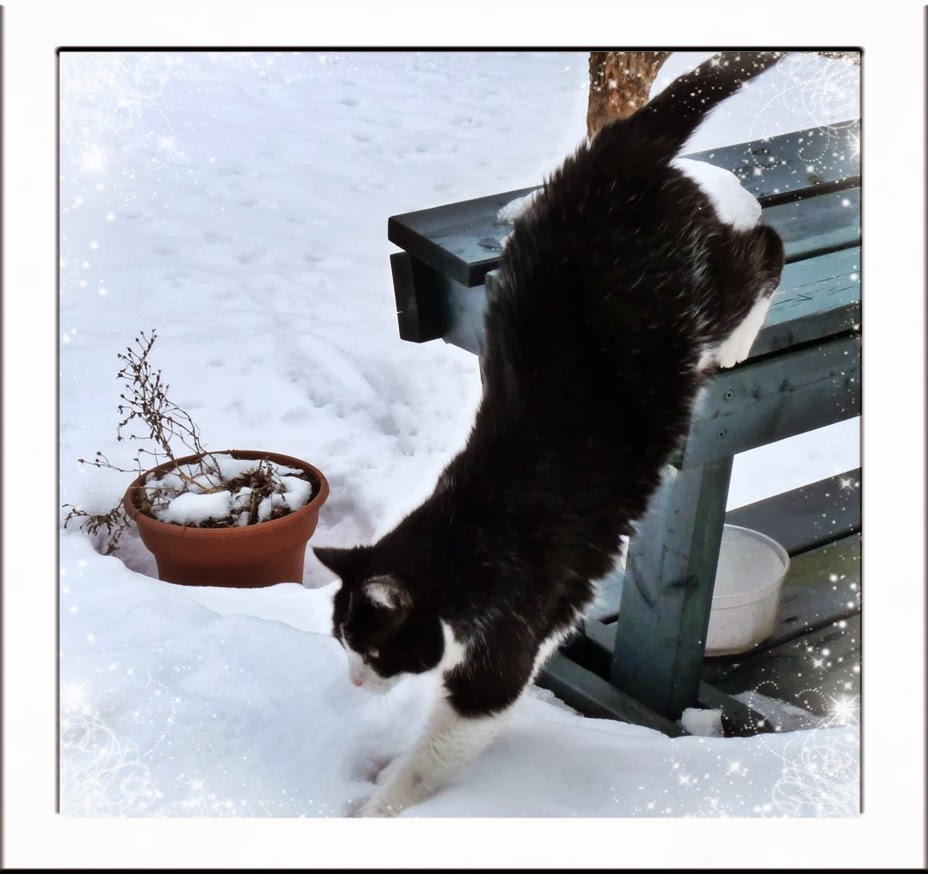 She embraces the snow head first ... 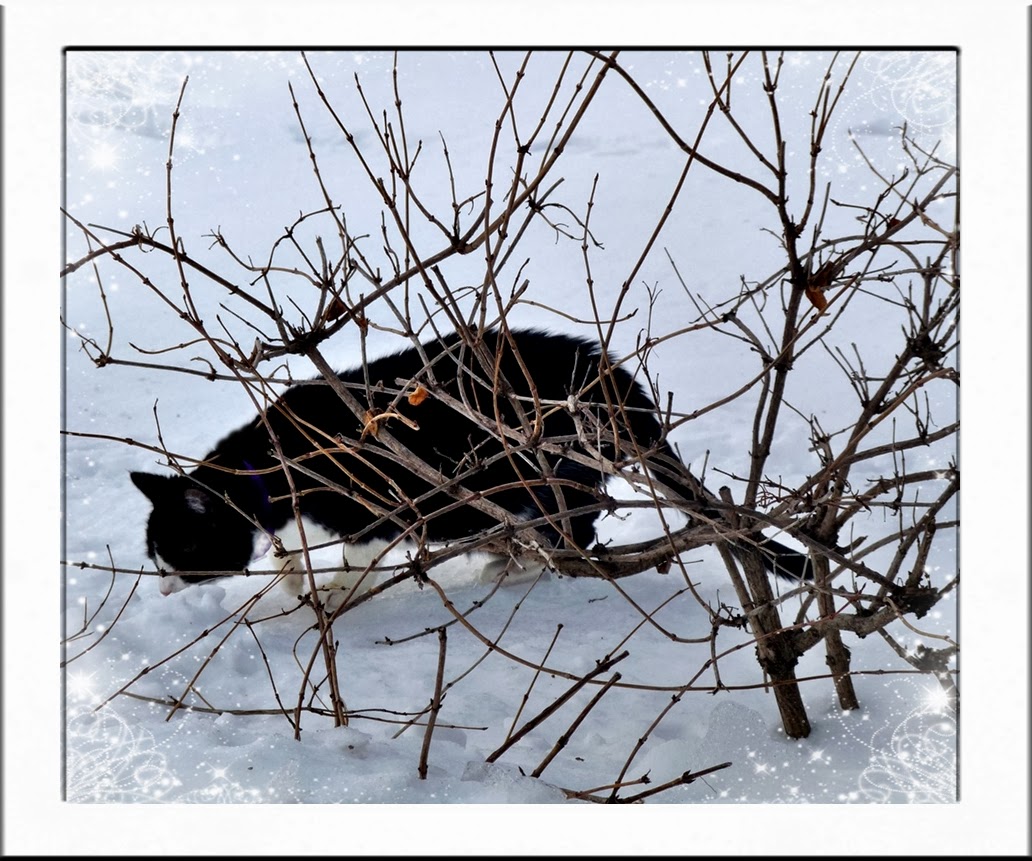 ... because she loves the smell of it and the feel of it. 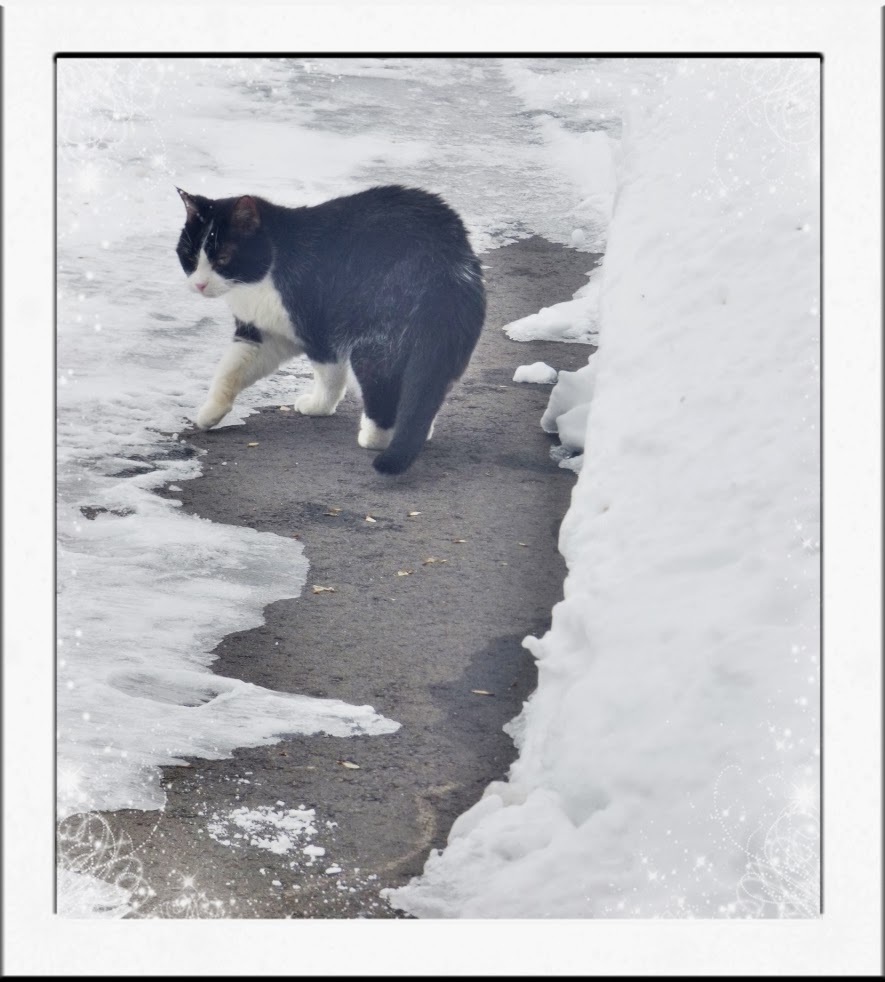 Domino is most distressed when it starts to disappear.

So before SPURRing arrives she wants to make as many snow angels as pawsible. 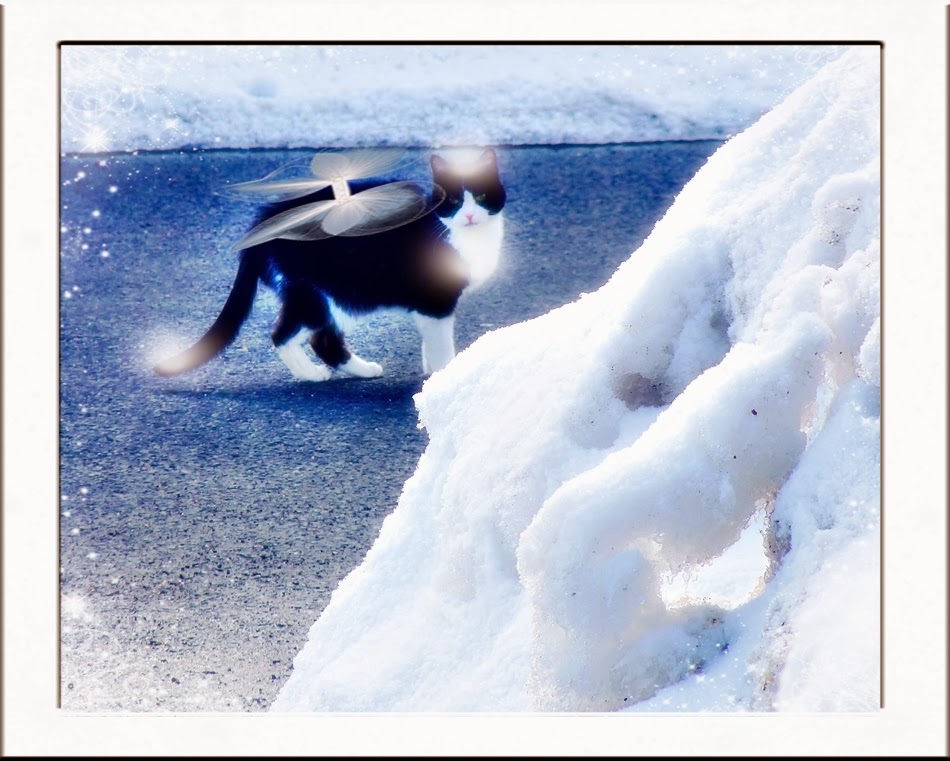 In fact she made so many that she became one, herself!

No cause for alarm, though, because Domino is still firmly rooted to this Earth.  She has just become a better PURRSon in the PURRocess.