MEOW LIKE A PIRATE WITH THE 3-Ds (AND THEIR MATEYS)!

It's "Meow Like a Pirate Day" and there's none more piratey than the 3-Ds!  Let me introduce you to their pirate alter egos. 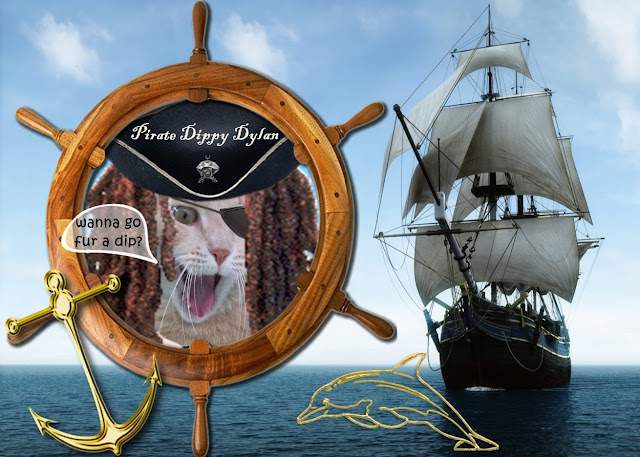 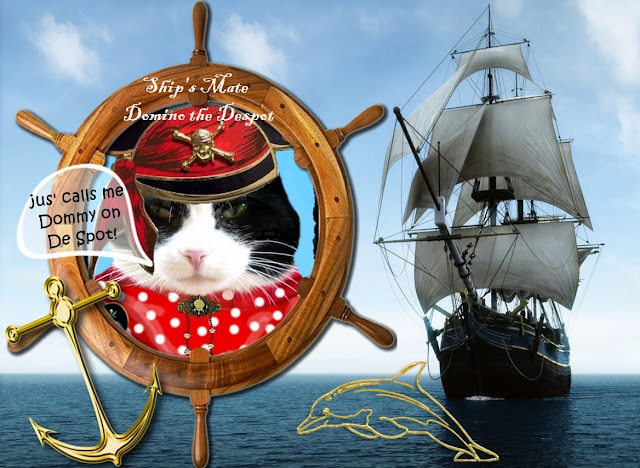 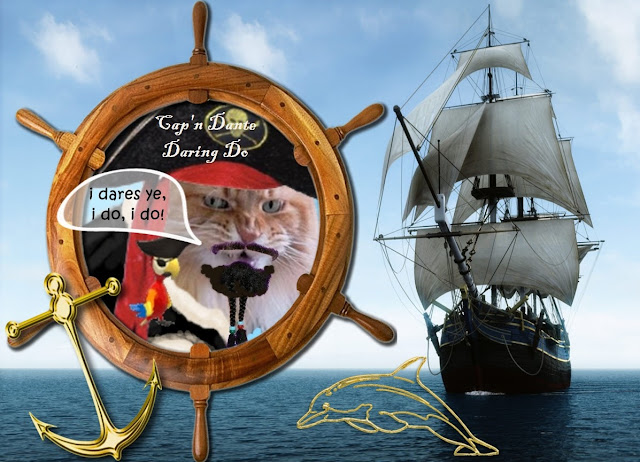 'Pirate Dippy Dylan's' mate is 'Hallo Halle', so-called because she's the ultimate ship's hostess!  However, in this case she is plotting along with the rest of the crew to rid the ship of those dastardly dogs!  She's tired of all that barking -- especially when it's up the wrong tree. 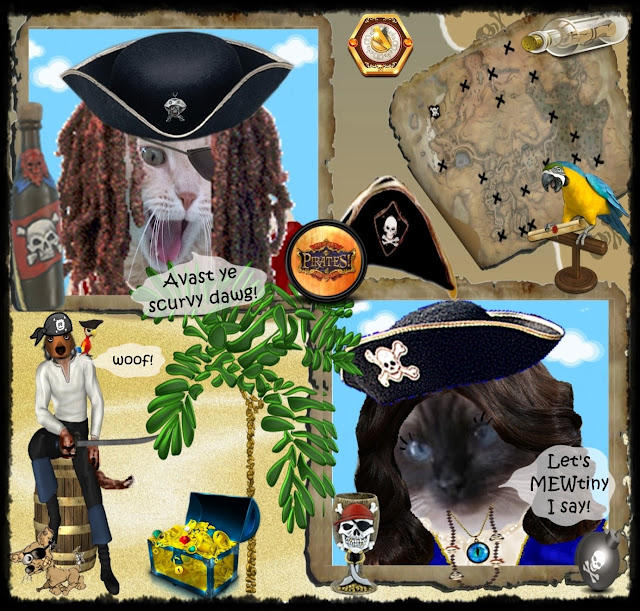 'Ship's Mate Domino the Despot' is mate to 'Milo the Marauder'.  They are both mighty handy with a blade and pride themselves on being sharp dressers.  They don't like to fool around -- they'd rather get right to the point (if you catch my drift)! 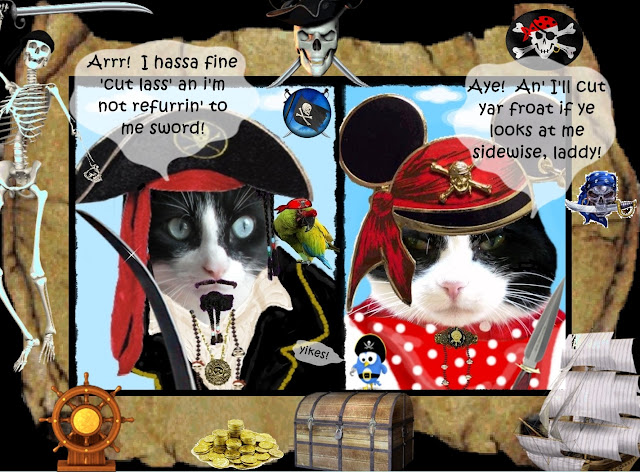 'Cap'n Dante Daring Do's' female counterpurrt is 'Sweet 'n Savoury Sascha'.  She's a lady pirate of impeccable taste and that's why Dante loves her so.  Sascha is also the mistress of many tongues, not least of which is her own.  Sascha makes those long months at sea all the sweeter for sticking by Cap'n Dante's side. 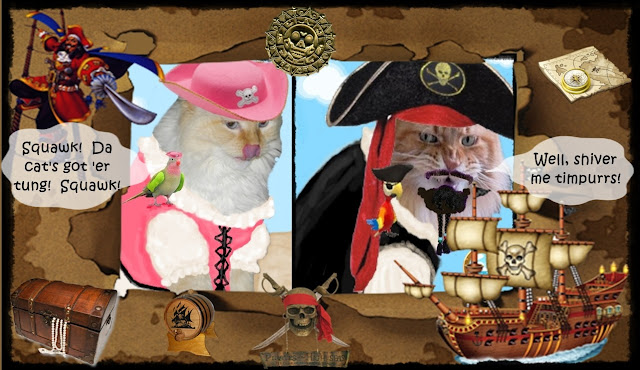 So now that you've met the crew we'll say adieu!  They've said enough already and it's time to cats off --oops, sorry -- I meant cast off, of course! 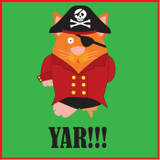