I've just gone crazy lately using special effects and frames to enhance my pictures.  Some of you may wish for the good old days, when I left them totally unadorned.  Ah well, I'm sure those days will come around again after I've had my fill of fun. 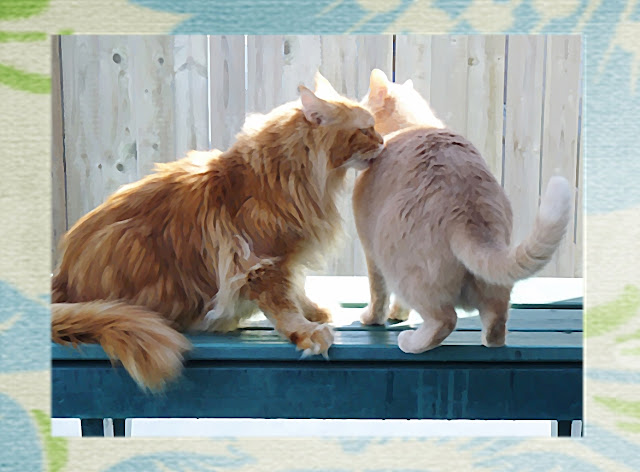 Here is Dante drooling on Dylan, so methought it was appropriate to water the picture down with Watercolours. 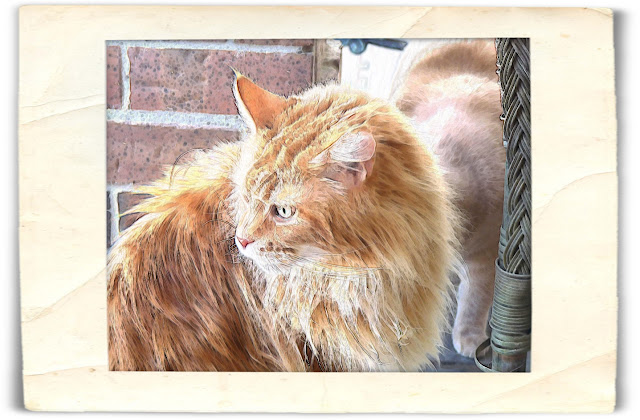 Dante has a PENchant for taking center stage, so I did this one in Watercolour PEN.  By the way his PEN chant is:  "Me first, me first, me first!"  "But I'm a close second", says Dylan (not to be ignored). 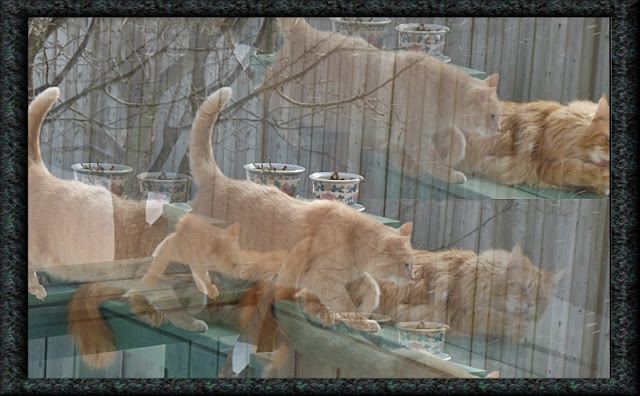 Here Dylan is front and center -- well, actually front and left, as well as front and right, while Dante takes a passive role.  Don't worry, you're not seeing triple, this one is all an "Illusion" (effect, that is). 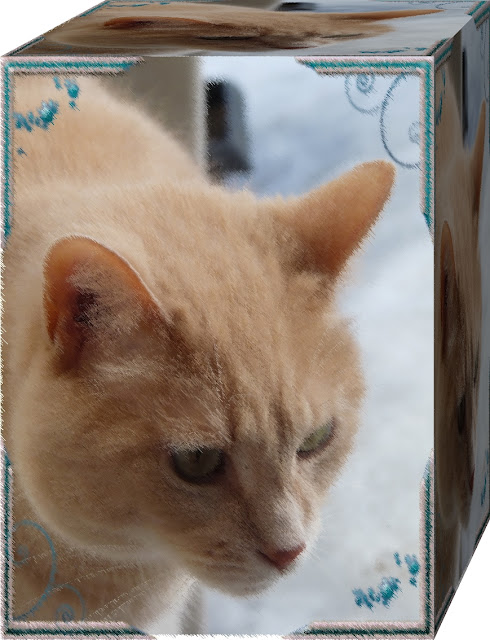 This may not be as exciting as Justin Timberlake's "Dick in a Box", but "Dylan in a Box" ain't too bad either.  Here, I've used both a "Pen" and a "Box" filter to corral him.

We hope we've had a PAWSitive effect on you today and that Spring is finally doing its thing where you live, too.
Posted by CCL Wendy at Monday, April 08, 2013

We really like the effects, especially the watercolour. It's nice to vary things for a bit!

Those two are so handsome and the effect just add to their charm!

Sounds like we're going to have a whole week of spring temperatures--finally!

My human plays around in Photoshop a lot, so she likes checking out what you are doing! If you want to experiment some more, do a google search on the effect you want (watercolor, ink drawing, pencil sketch, etc.), plus the photo editing program you use and often the search will come up with some cool video tutorials that take simple effects to the next level! My human does this a lot and has loads of fun.

Dylan is already so special and I like the effects too!...I would love to have some of that "Dylan in a box" all to myself!!WOOOHOOOO=happy Monday to ME!!!...kisses...Halle

Cool effects. Our Mom needs to spend some time checking these out!