Domino's fame as a top model has long been established.  She is instinctive and has a natural born elegance about her.  She's not one to fool around when her picture's being taken.  No, no, no ... she is the ultimate PURRofessional when she knows the camera is on her. 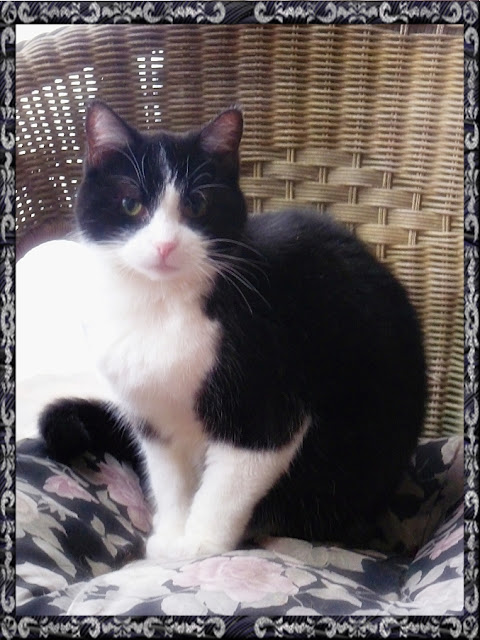 Domino makes love to the camera.  You would think your name was Milo or something! 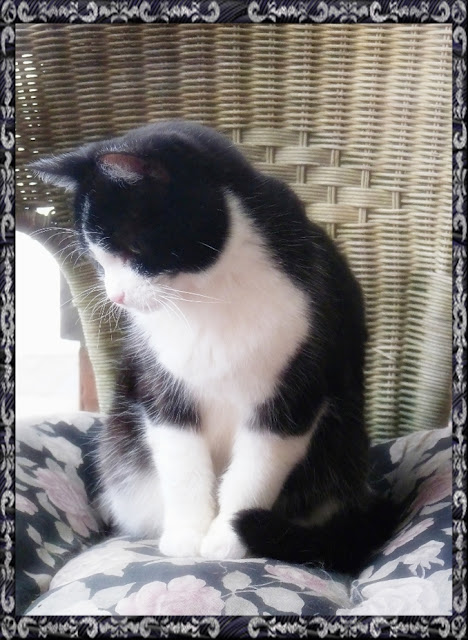 She can also be pensive and a little remote.  A ladycat needs some secrets, after all. 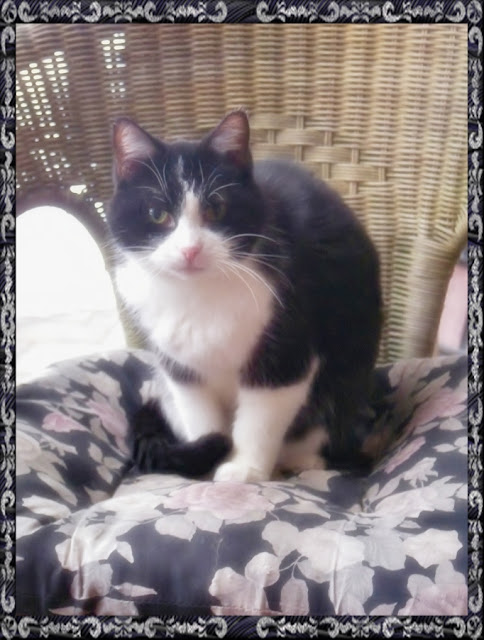 On the other paw, Domino can be quite forthcoming!
"Yoo means I only came FOURTH?  I'm accustomed to bein' FURST!", she says indignantly. 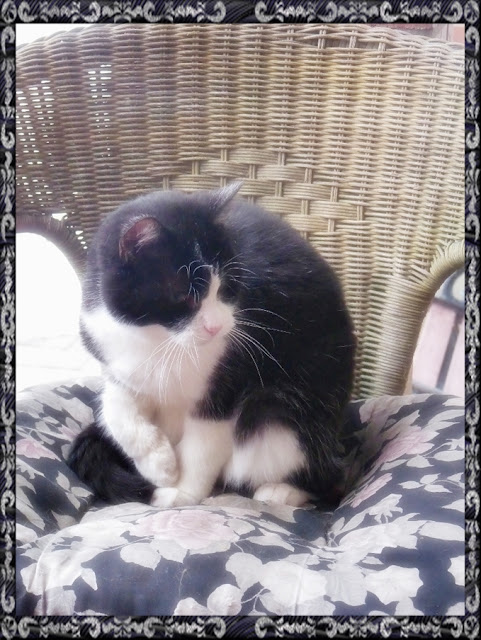 Still poised, even though feeling slighted, Domino maintains her status as the camera's MEWS. 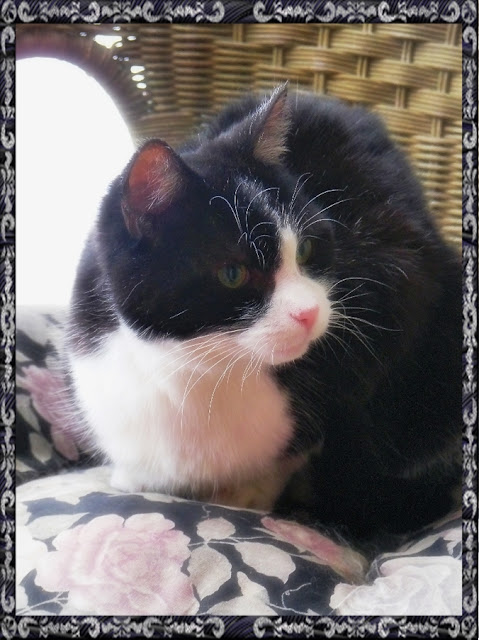 Now here is the part of which Domino is completely unaware.  This is what happens when she doesn't know the camera's turned on.

I guess we'll call this the BLUE PURR Section! 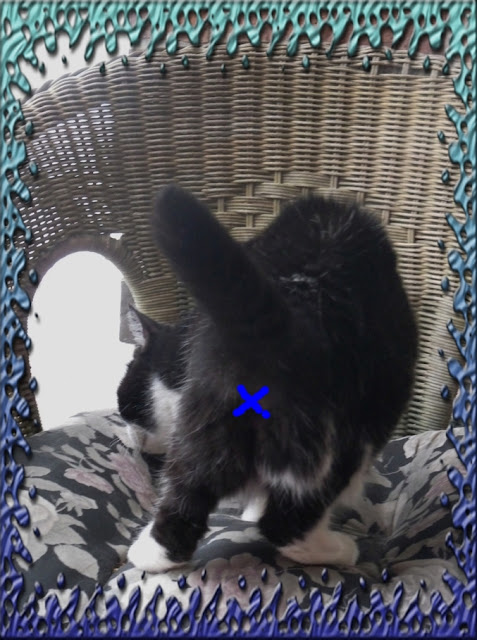 This is one of those X-Pose-A's.  Domino has unintentionally X-Posed her Assets!
And if that wasn't bad enough ... 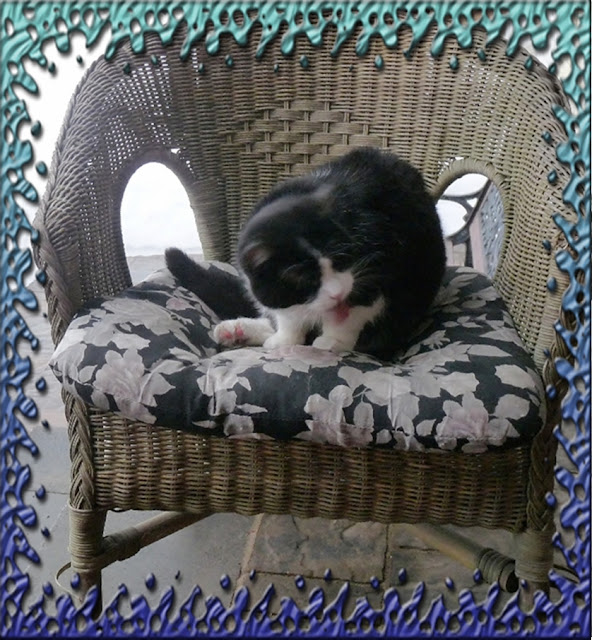 ... this one must be some kind of cruel CHOKE! 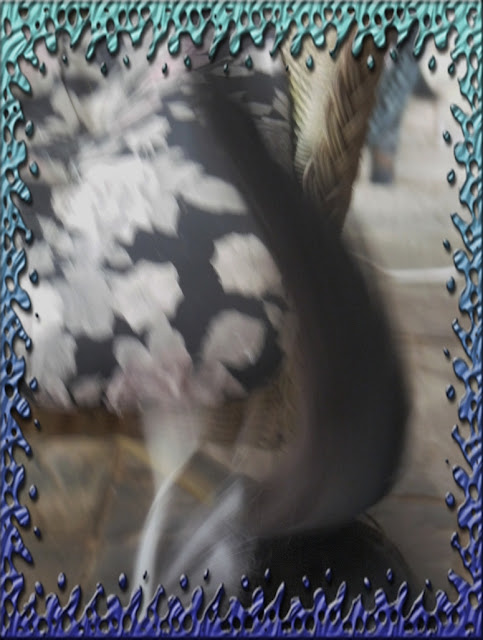 When Domino finally realized what was happening, she hightailed it outta there.
"I reeleh doan noe how dis cudda happen'd", she says.  "It's all a BLUR to me!"

I guess the moral of this tail is that one must keep alert at all times.  It's not just unscrupulous papPURRazzi that one must watch out for -- sometimes it's your very own mother!  Good thing Domino can put this into PURRspective.  In the end, it's all relative.

we certainly must hit the streets of paris this spring domino; with our beauty grace and elegance we will set the run ways on fire; oh wait, I forgot, I don't smoke...

but it IS the place to shop

OMC! Yoo look GORJUSS in those pics ~ but yoor mom was a bit norty wiv the blue cross ones! I'm on muh way ober to see yoo!

I blame the photographer for those last outtakes!

Domino is always so pretty!!!

MOL! Such a lovely girl!
Wendy, I love your way with words!

You really are quite the model! and the camera just loves you. I'm just sorry the pawpurratzi had to ruin it and take and share those immodest shots..

You are beautiful, so iz your butt too :) BOL xx0xx
Mollie and Alfie

Great pictures Domino. We think you are number one too. You have always been one of our favorites. Take care.