The warmer weather has finally tempted Dylan to venture outside.  Why, it's even melting out there!  Dylan hasn't been able to do his walk-abouts or refresh his scent marks for many weeks now.  So it's time to CATch up! 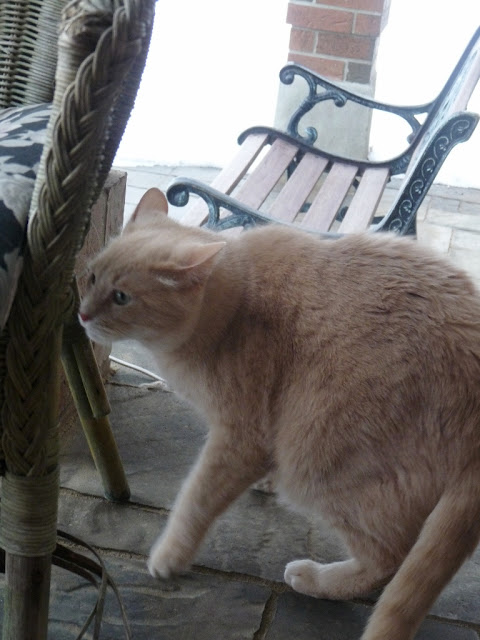 The rattan chair is full of smells.  Both Domino and Dante have left their PURRSonal FURgrances behind. 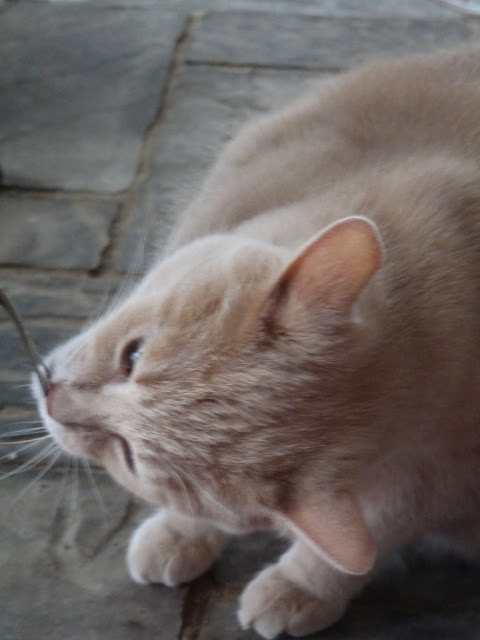 Dylan decides to claim a small piece of it for himself, too!  He's basically saying "Dylan Was Here" by rubbing his muzzle across the rattan strands. 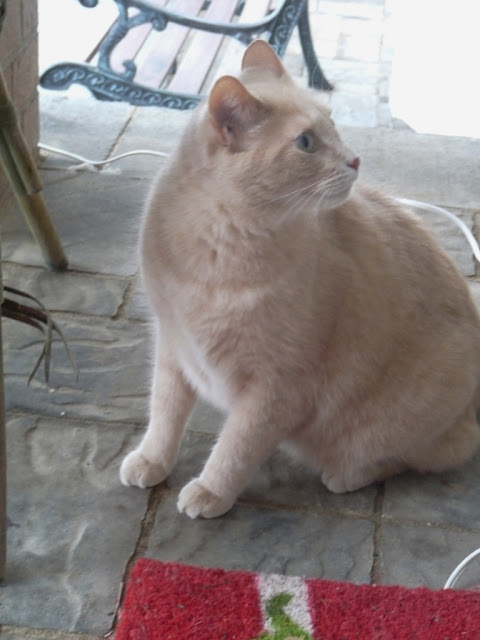 And indeed, here he LOOKS a little stranded!  His ears are in alert position. 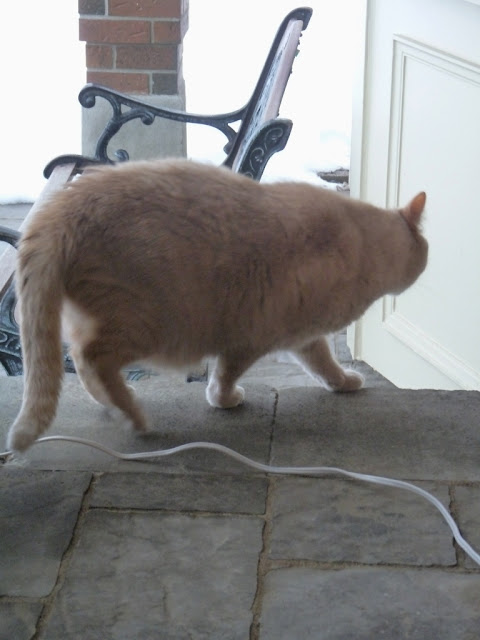 However, today, nothing will keep him from his appointed rounds. 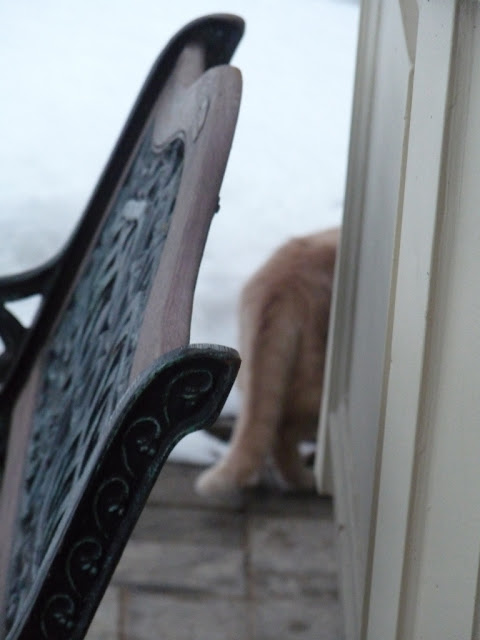 Every corner of his domain must be PURRused and reclaimed. 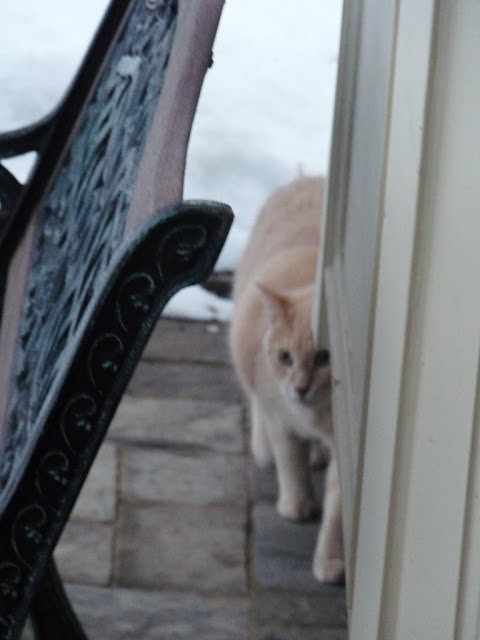 And then there's the bench. 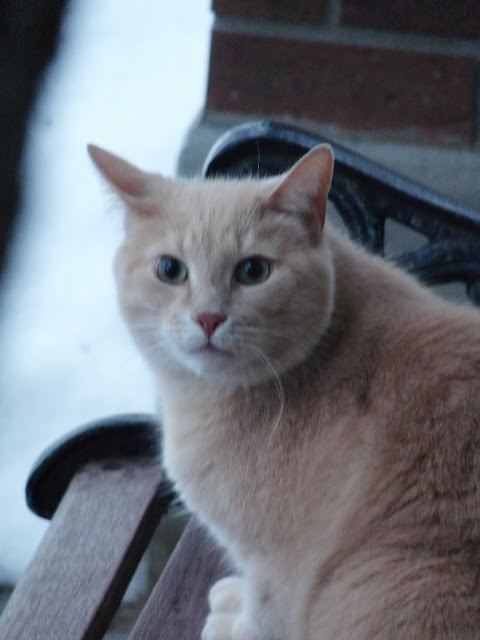 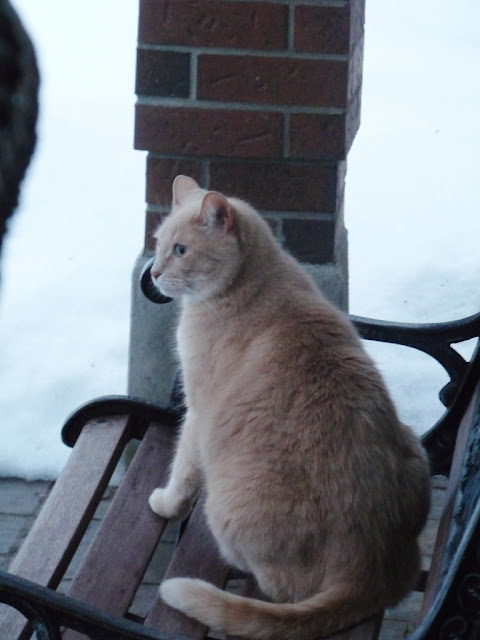 "Is good for takin' a time-out an' decidin' ware ta go next." 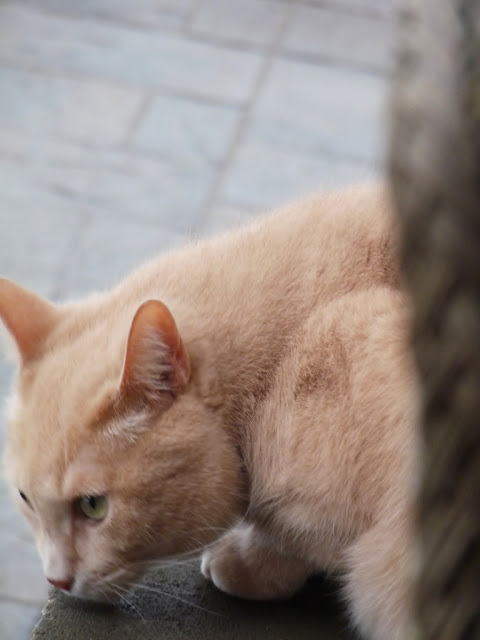 "These noo steps needs some sniffing, dat's fur sure." 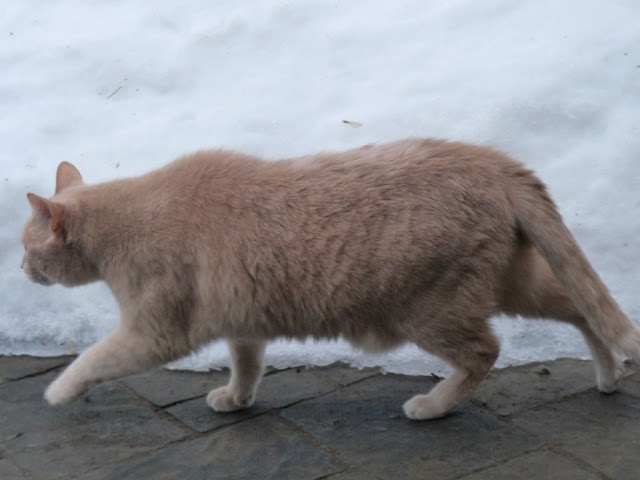 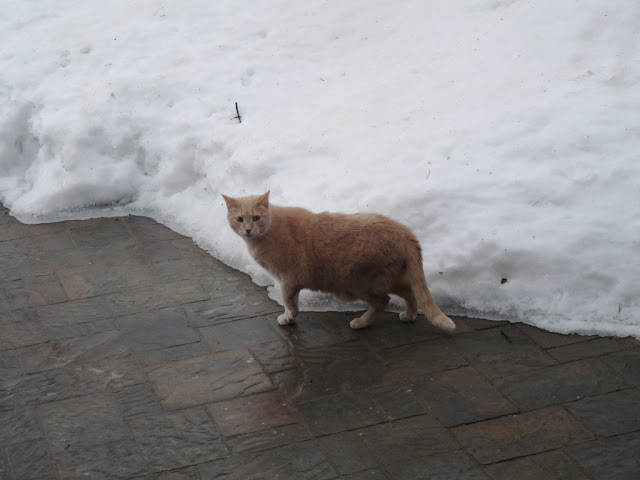 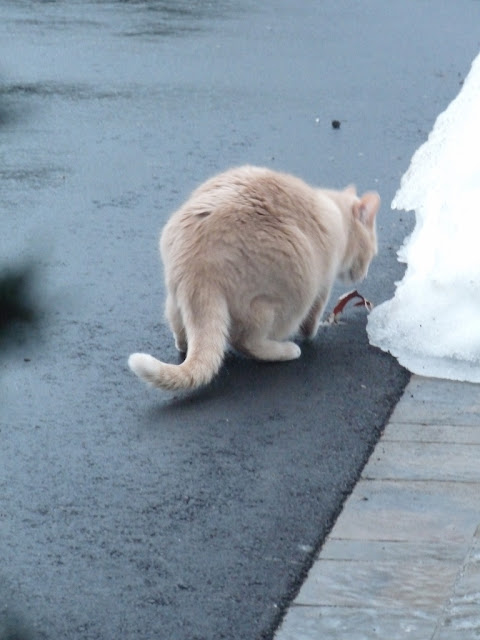 Dylan is intrigued by a stray leaf ... 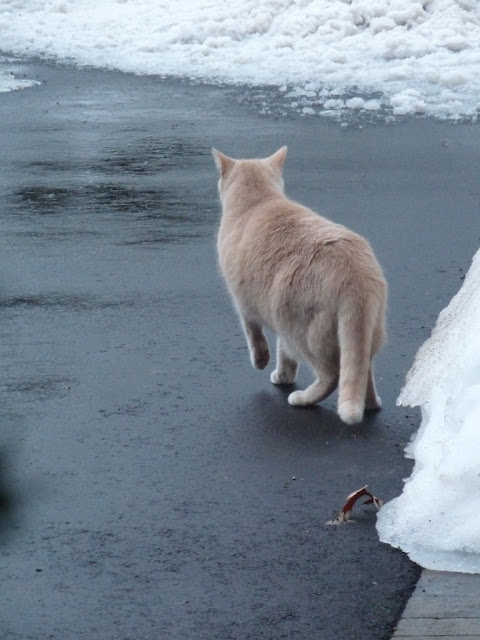 ... but devastated by the dump of snow that blocks his path to the remainder of his territory. 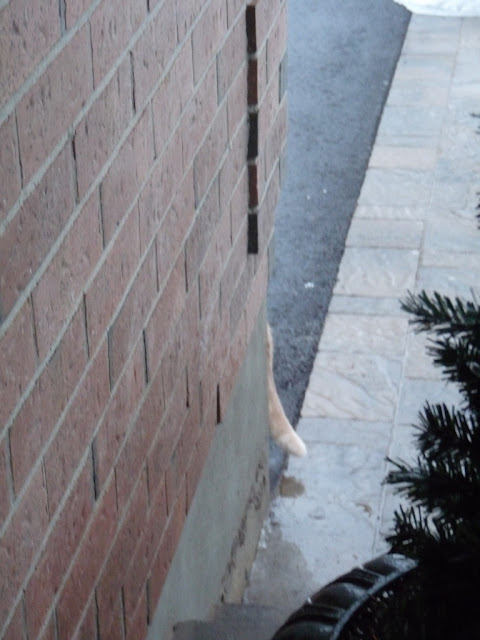 He has this 'thing' about corners, and this one, by the garage, is no different. 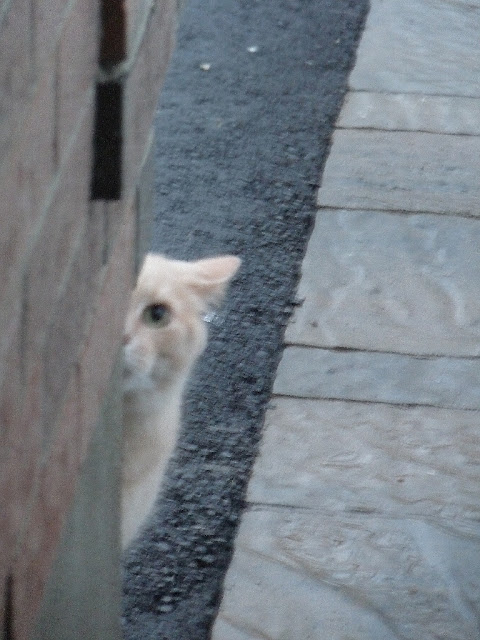 Dylan's muzzle nuzzles the edges of the bricks to reinforce his mancatly PURResence. 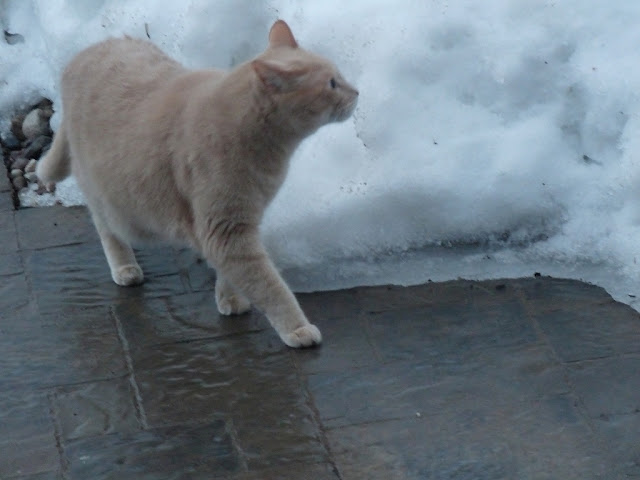 "But wot am I gonna do about all of dis snow?", PAWnders Dylan. 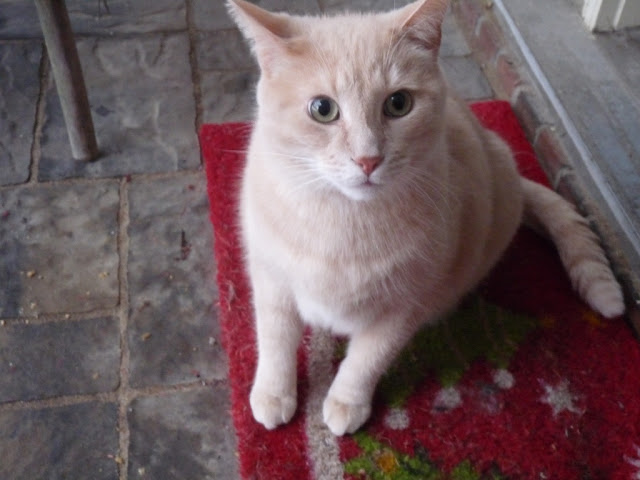 "I noe!  I'll go back inside until it all disappears.  Kin yoo lets me IN, Mom?"

Now what do you think?  Did Mom let Dylan in, or did she close the door and leave him outside?  What would  YOU do if you saw this face?

That was a good adventure! Of course Mom let you in!

My sweet, handsome fiance', you are always welcome to come over to my house and I'll keep you warm!...Love you always, can't wait to cuddle!...Halle

I would let him back in for sure!

Brrr! It still looks WAY chilly out there to me! I don't blame you for wanting in so quickly, Dylan!

zokay Dylan, time to get inside and warm the toesies!

Oh we know she would have let him in. Who wouldn't? It is good to be able to get back outdoors and rediscover all those exciting smells.

That face is one that gets kitty entry anywhere he wants!

OMC, please stay inside. It is much more safer and warmer there. Wishing you a happy birthday and wondering where the skating party is????? Hope you are having a fun filled day.