Thank you for all of your comments and guesses on yesterday's post.  Here is the reveal: 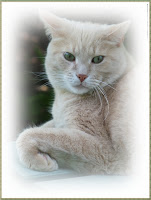 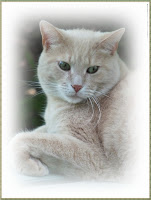 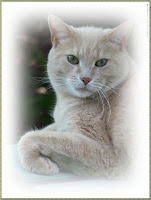 
Yes, there were only two differences.  I only claimed that there were three different pictures!

So, for best answer, Eric and Flynn come out top on this one.

AHA! We missed the ear twitch.

We missed the ears, too!

They all looked totally different to me... which only goes to show that humans don't understand the subtleties of kitty language very well!

Big kisses to my handsome Dylan=I always love gazing at your photo, darling...Halle

That was a toughy!

My Mommy only gots the eyes! Me told here there was ears, but would she listen....
Kisses
Nellie