TUXY AND TABBY TUESDAY WITH DOMINO AND DANTE

Today we have two of the three D's in a combined tuxy/tabby post.  They are a study in yin and yang. 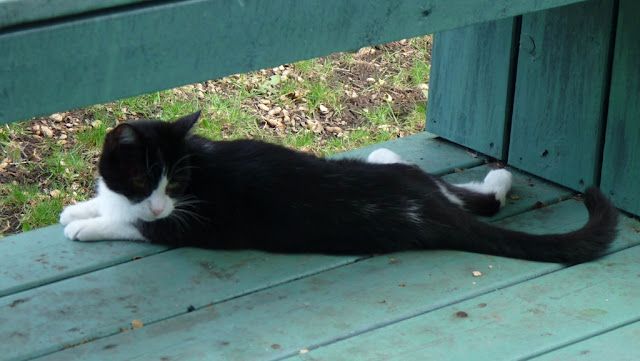 First, there is Domino relaxing under the deck bench. 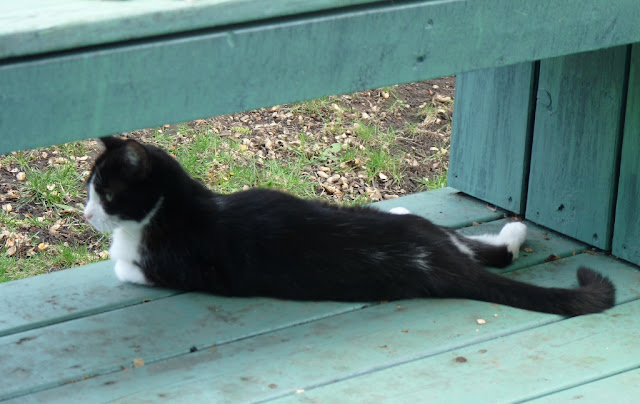 As usual, she is dignified in her leisure.  She prefers to play it straight. 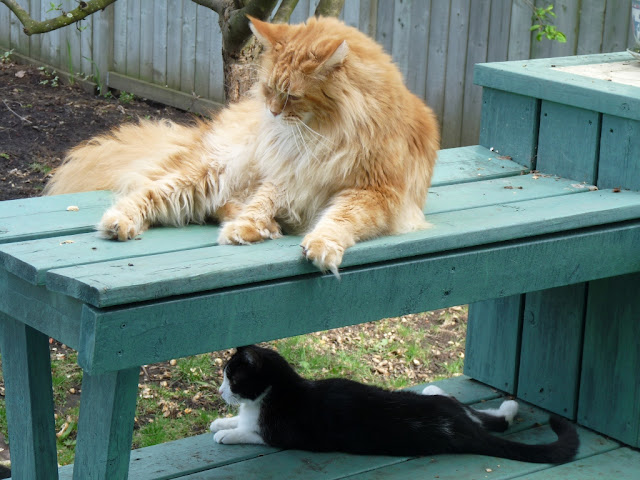 Quite unlike some red floofy tabby cat who has taken the upPURR deck!  He's a real goof whose specialty is, well ... goofing off! 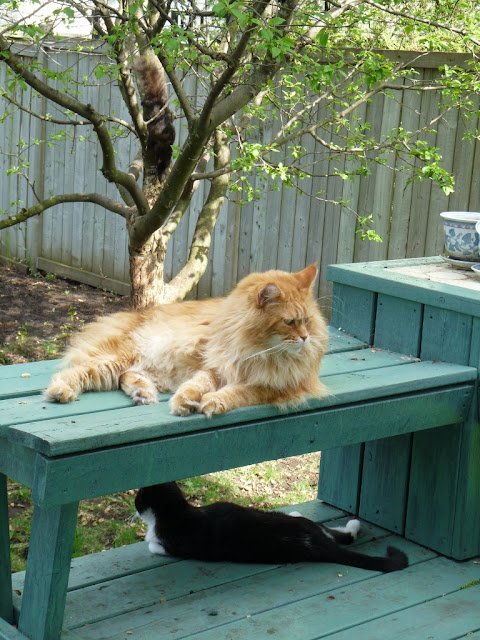 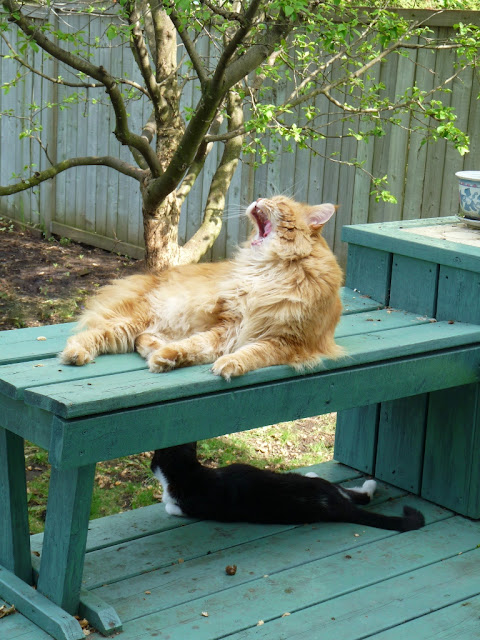 Dante laughs loudly (for no reason, by the way) while Domino lingers lazily. 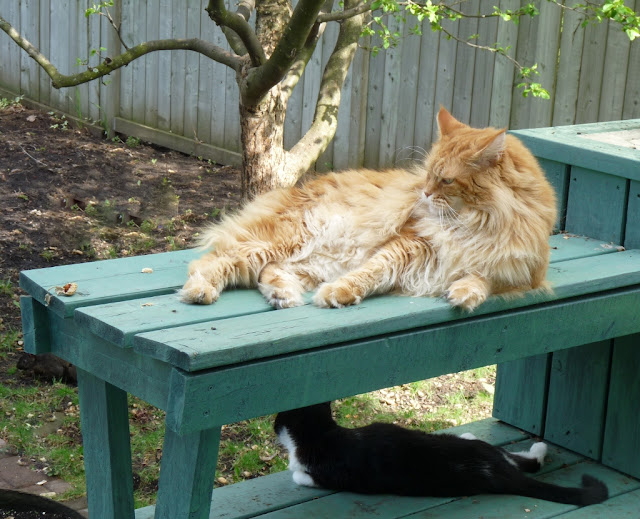 Dante's taken aback at the interlopers's loping, while Domino takes in all in her sleepy pussycat stride.
(See the interloper on the left, just below the bench.) 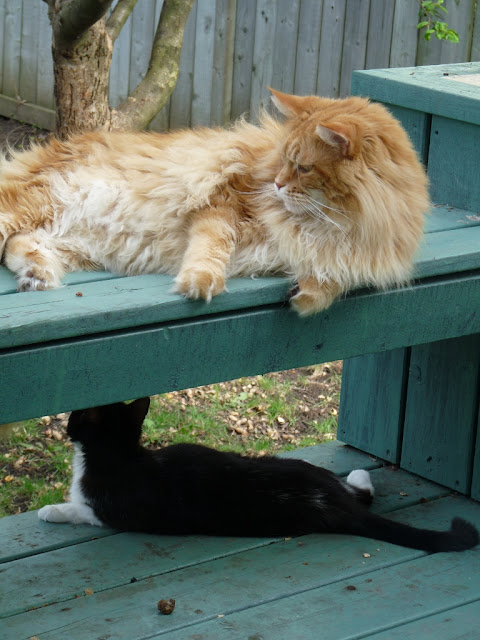 Domino says to Dante "Calm down up dere will ya?" 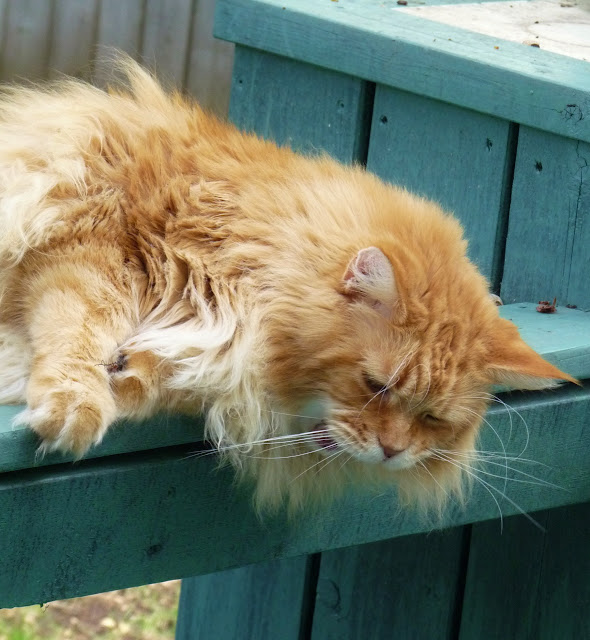 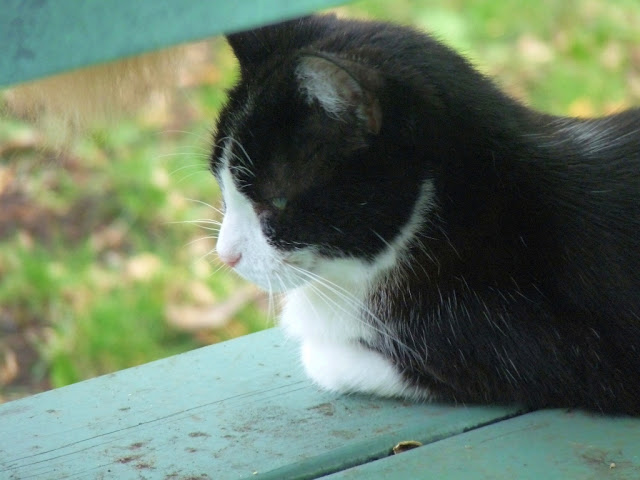 "It's obvious we has nuttin' in CALMIN'", says the Queen of Serene.  "Wen I'm arownd, dere's no hollering ALOUD!"

Sisfurs and brofurs - as different as chalk and cheese.
Luv Hannah and Lucy xx xx

its so cute i wnat a cat really bad

They are both wonderfully special!

you two know how to share a space. hugs,

Wow. You two have great spots to do your own thing!

Boys! They are always goofing around!

It amazes me how close the squirrels get to them!

Now those is 2 laid back cats!
Kisses
Nellie