TUXY TUESDAY WITH DOMINO: WHO DINI?

It's been quite awhile since Domino last modelled a dress.  A new one arrived the other day, so we took the opportunity to document it.  Little did we know at the time, that Domino had since acquired new skills.  She has become quite the little magician! 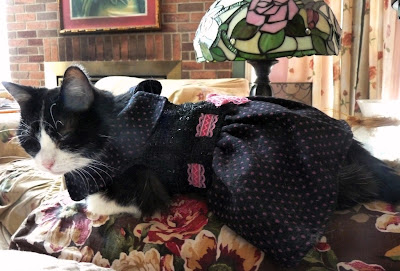 Here is Domino in her pretty new dress.  It has a black skirt and collar with pink polka dots, and a black glittery bodice.  A pink lace belt culminates in a bow at the waist. 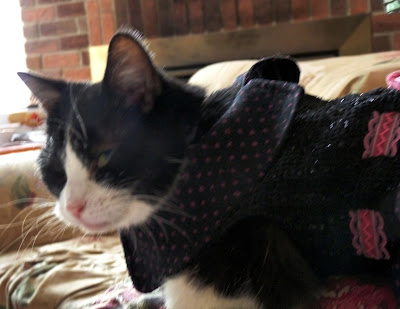 The collar is of PURRticular interest because it is rather large.
Domino says  "Jus' watch!" 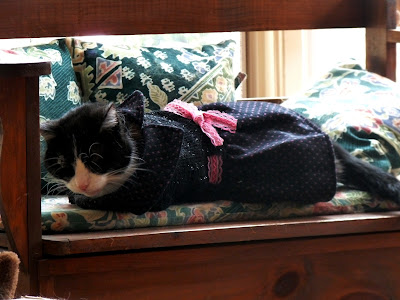 Domino has moved to a different venue to complete her modelling-shoot-come-magic act.
You will note that her left leg is no longer visible. 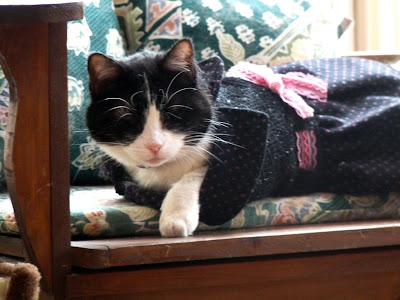 Ah -- there it is!  Domino has worked it out of the armhole and up through the generously-sized collar. 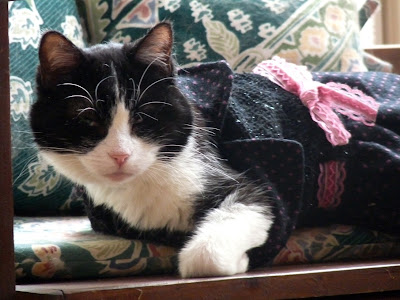 She just plays it nonchalantly -- curling under her paw to appear rather relaxed. 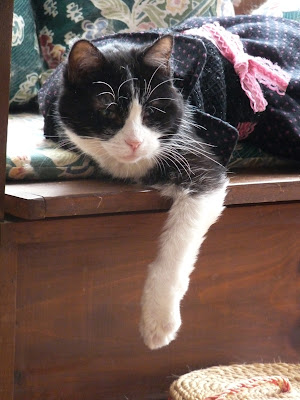 And in an instant -- before you even knew what was happening, she has worked her entire shoulder and arm out of the dress! 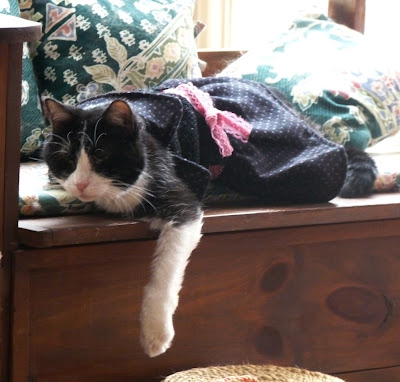 Once again Domino is taking it easy -- just hanging around -- it's the art of distraction, you know! 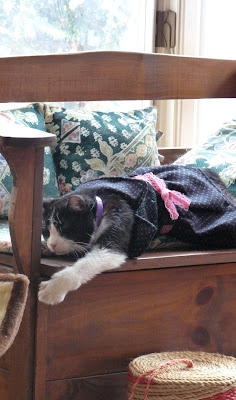 She innocently stretches, all the while working more of herself out of the dress. 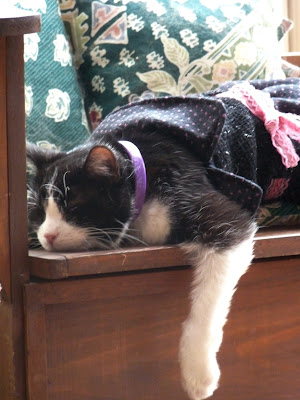 She pretends to snooze, keeping one eye steadily on her audience. 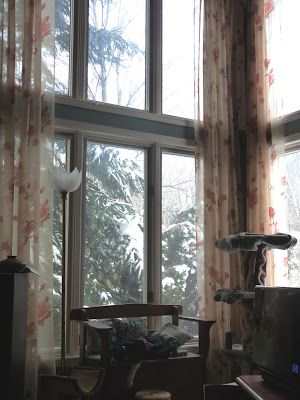 She directs the camera to pull back (another diversionary tactic, PURRhaps?). 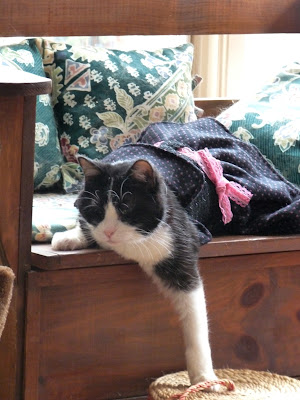 Voila! The next time you see her, she's one step closer to escape. 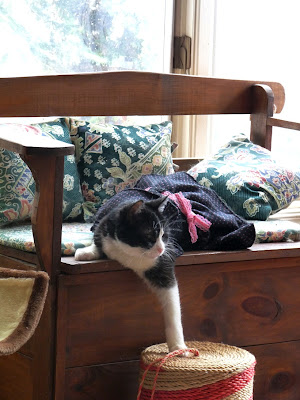 Domino notices Dylan and thinks he could be a useful PAWn.
"Come ovah heer fur a minit willya, Dylan?", she asks. 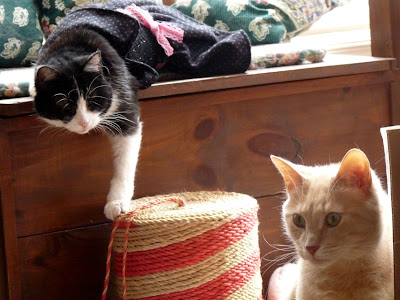 Dylan, the innocent dupe, complies.
(Note, Domino is easing herself, ever so slowly, off the bench.) 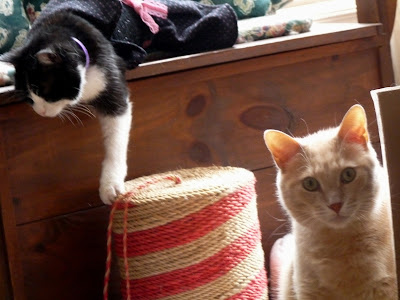 And then, when Dylan looks away for just a moment ... 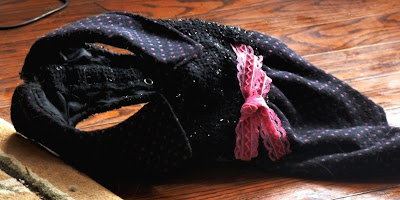 ... Domino vanishes completely!  Only her dress is left behind.
Come to think of it, Domino is quite reminiscent of the great Houdini escaping the confines of his straightjacket.  So the answer to the question "Who Dini?" is:
DOMINO!!!
So what do you think of that, Milo?
﻿
Posted by CCL Wendy at Tuesday, January 24, 2012

Domino, that's an especially dress, but we think your expression in pic #2 expresses how you feel about having to wear it. Ha.

How long have you been practicing the art of strip-tease Domino.
Furry sexy pictures Ooo La La!!
Luv Hannah and Lucy xx xx

WE also loved your expression in the second picture about having to wear that dress Domino. Good for you for wiggling out of the dress. Now that was well done. We love all the pictures up to the finale of the empty dress. Too funny. Thanks.

You look great Domino! I love the dress.

Domino, that is one great escape and disappearing trick!

Oh Domino, you always look so nice and always the purrfect model!

That was quite the trick, Domino. The trick for dresses with me is could Mom even manage to get me in one. And the answer is....no! You are a patient girl to do some modeling.

What a great act! Me loved it! Yous should has a act in Vegas!
Kisses
Nellie

Domino!!! You did a strip tease - how daring of you!

We're not sure if you're a Houdini or a Burlesque dancer! But that's a great dress!