Domino is outside on her basket chair PURRusing the changes in the front yard.  There is evidence of multiple introoders.  In fact, it was a virtual invasion! 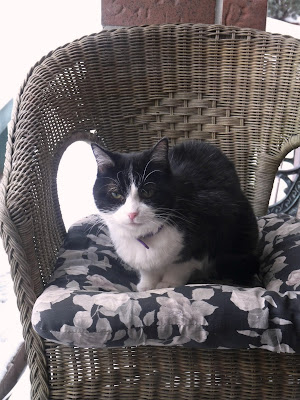 "Hello efurryone!  I came outside dis mornin' to a horrific site", says Domino. 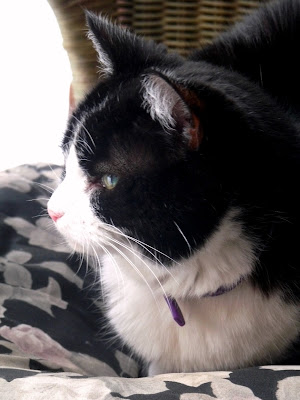 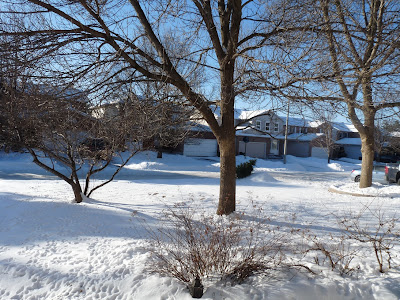 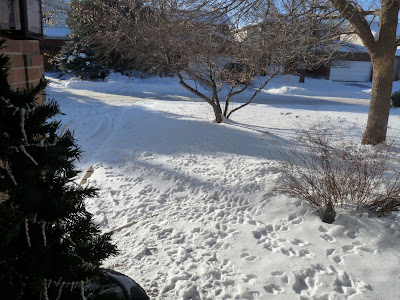 "Dey infiltrated us at nite wen I wuz sleepin' -- all sortsa beesties!" 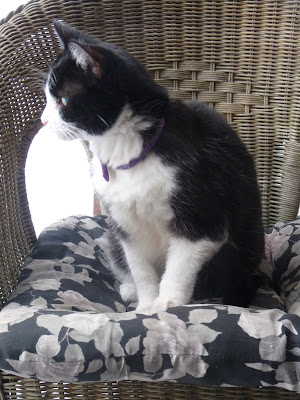 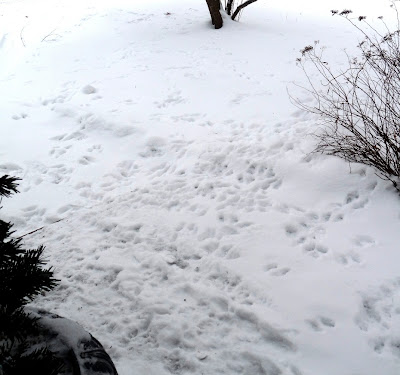 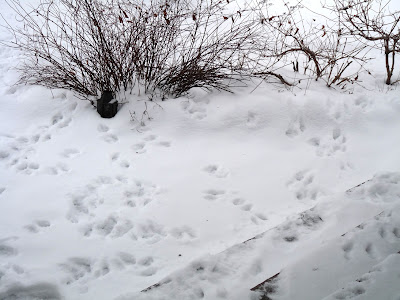 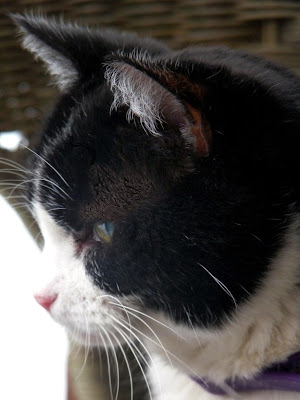 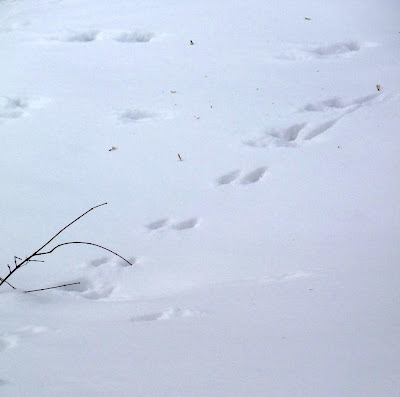 Over by the Manitoba maple at the front of the yard, it looks like rabbit tracks. 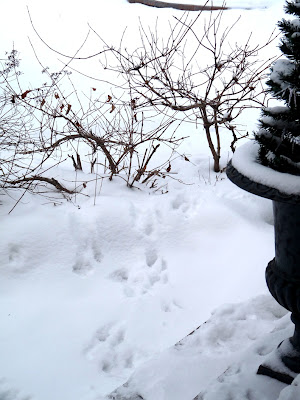 Coming from the bushes in the garden, there are what appear to be multiple squirrel tracks. 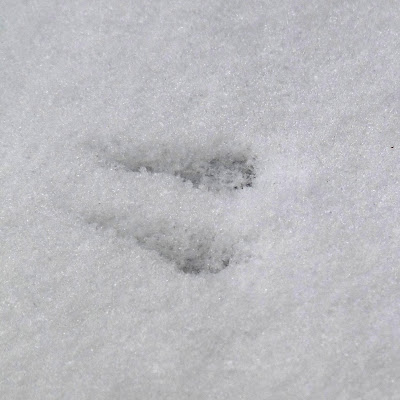 These ones are very tiny, and could even be a chipmunk or a baby bunny. 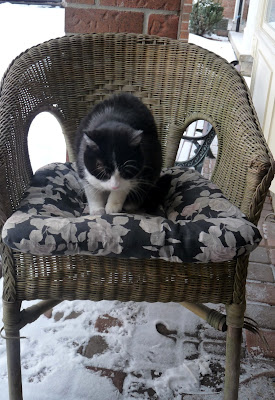 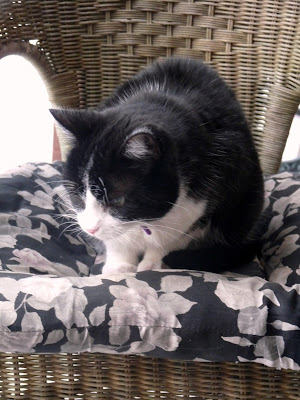 "Dey are da smallest tracks of all!" 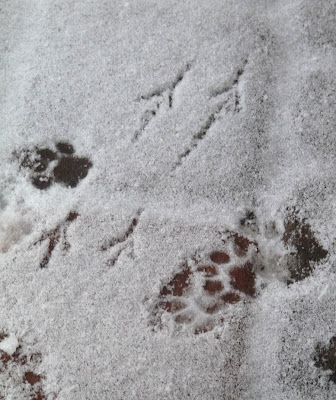 "Birdie tracks!"
"I'm afraid dat I messed up da crime seen wif pawprints of mai own -- but wot's an investiCATor to do?" 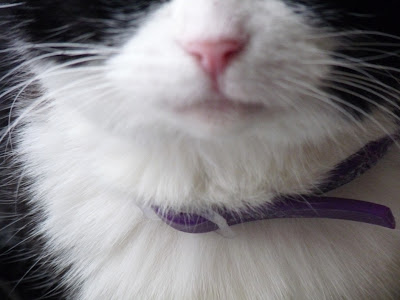 "I mus' say, I really has a nose for dis sorta fing!  But mai job has jus' begun.  I still hasta find out who's responsibull for dis conspiracy.  I'm takin' tips from da public, so please speak yoor mind."
Posted by CCL Wendy at Tuesday, January 10, 2012

I think there was some kind of party last night in your yard!!! Domino you have the most adorable nose ever!!!!

I don't see a conspiracy. Looks like a pawty in your yard and you missed it!

You've got snow!! That makes it better for you to see who has been trespassing on your garden Domino.
Get those brothers of yours to get out there with you and see them off.
Luv Hannah and Lucy xx xx

Be careful Domino! Those animals wes likes to chase may has set a trap!
Kisses
Nellie

Wow--look at all those tracks. I wonder what you missed out on last night?

OK, we admit it...it was US in tricky footwear!

You did have a lot of introoders! You are very good at identifying the suspects!

I think Cat is right, and you missed one heck of a pawty at that!

Wow, that is a LOT of creatures trespassing on YOUR property, Domino! And even worse, doing it at night when you could not enjoy watching them!