MANCAT MONDAY WITH DANTE AND DYLAN: INSIDE AND OUT!

People are always commenting that they don't see my kitties when they're inside the house.  I think some may believe that I never let them in.

However, these pictures will serve to prove that they do indeed live indoors.  Actually, contrary to all appearances, the majority of their time is spent in lounging in the house.  I just prefer taking pictures in the natural light (which I managed to do from inside this time, with the help of the light from the big bay window in the living room). 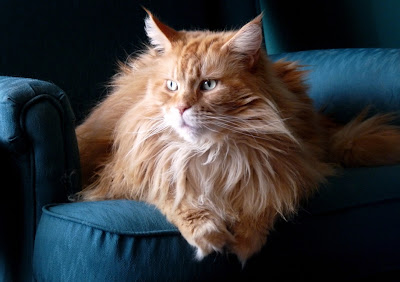 Here's Mr. Dante in his favourite wing chair by the window. 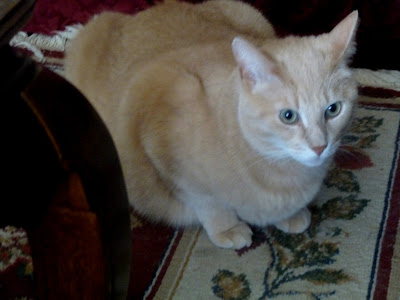 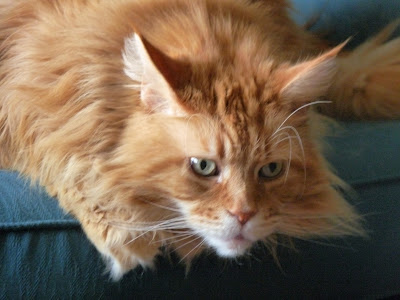 Dante's just hanging out (so to speak)! 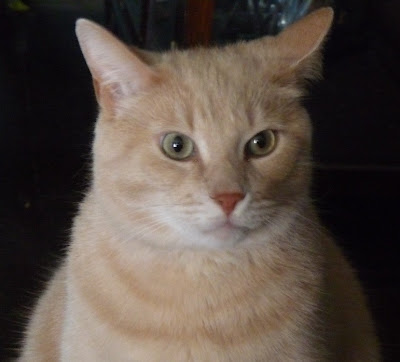 While Dylan's on half-alert (note, only one helicopter ear).
When kitties get too bored, it's time to go outside. 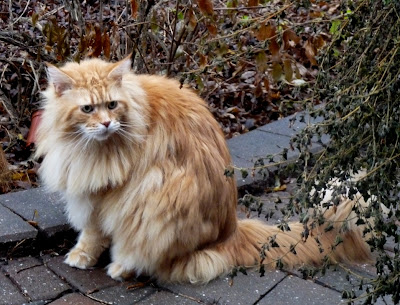 Dante's alway in his element out on the front patio. 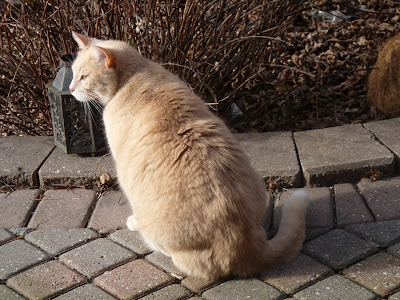 As is Dylan, as he scouts things out! 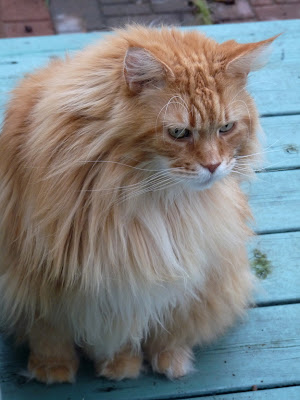 Of course, the back deck is a favourite outdoor spot. 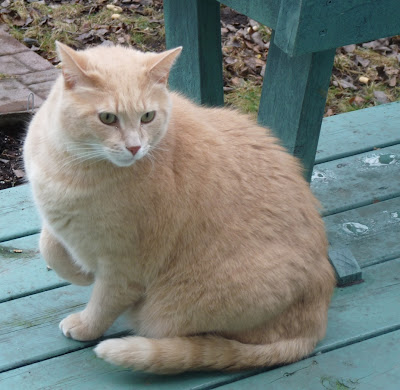 Even when it's kind of chilly!
Once a kitty has a taste of the outdoors, nothing can ever quite match it -- not even a warm and cozy house.  My kitties are so fortunate to have the best of both worlds.
They wish all kitties efurrywhere the same this Christmas, and furever more!
Posted by CCL Wendy at Monday, December 19, 2011

Dante, you need a bigger chair!

You are 2 handsome mancats bith inside and outside.
Kisses
Nellie

We agree that it's the best of both worlds to be able to go out *safely* and have a cosy indoor life too.

You got great indoor shots. Our townhouse faces north, with very little natural light downstairs, and the mom can't take a decent indoor shot to save her soul.

You have a lovely big garden to enjoy boys - we like to be outside too cos there are always interesting smells to investigate and leaves to deaded! However when it rains all day like it has here today it's great to be on the inside looking out!
Luv Hannah and Lucy xx xx

You all look great inside or out!!!

You both look fab where ever you are!!!

Have a wonderful Holiday!

How funny - it never occurred to me that you kitties were anything but indoor kitties who got to go outside. I don't know why anyone would think different. We are not allowed outside at all because we are "a little crazy" (my human's words) and unpredictable, and my human does not want to have to worry about getting us back inside. Plus we live in coyote country - they have been known to snatch small dogs right in front of their owners!

You boys are handsome in any environment! Only The Baby is allowed Outside here, she REALLY wants out. The rest of us prefer Indoors. Plus, we have lots of coyotes and eagles!

Inside looks PURRty warm and toasty. Outside looks adventurous... You certainly are happy cats!

You boys look so gorgeous whether you are indoors or outdoors!!!

We never get to go out, so we live vicariously through you guys! Love the pic of Dante in his chair--his furry paws hanging over the edge is just too cute!