Domino is just relaxing in her basket chair catching a few rays.  However, with Domino you never know what mood is going to strike. 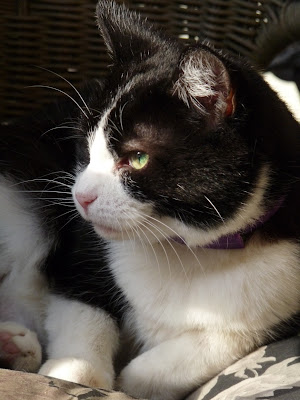 It begins with a vague sense of disquietude. 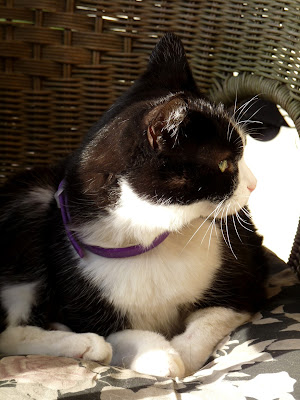 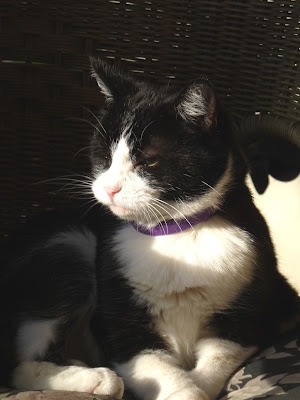 ... and her eyes narrow as the feeling grows. 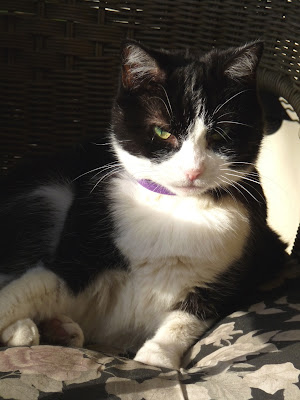 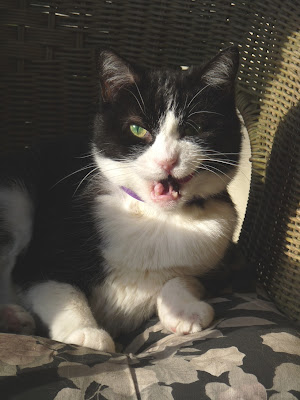 "Prepare to be PETrified!", she announces ... 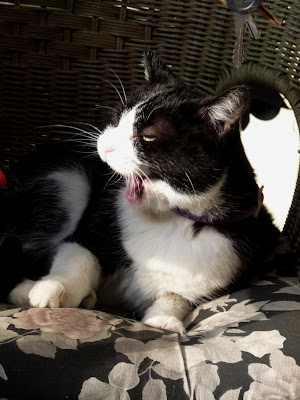 ... as she breaks into a fit of maniacal laughter! 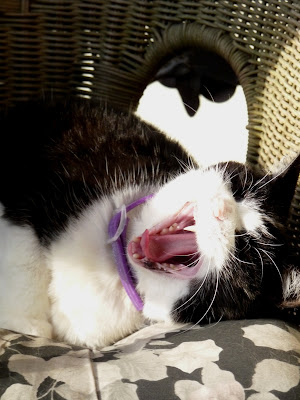 The cackle turns into a horrifying howl!  Run, efurryone, run!  Domino's gone 'off her rocker'! 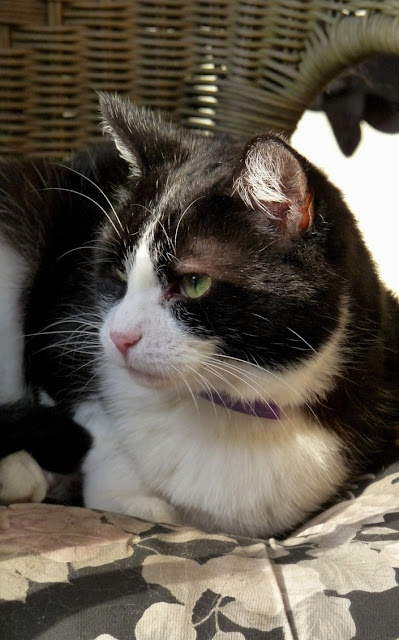 Lovely photos, and that basket looks like an ideal spot to spend the day, regardless of your mood!

The many faces of Domino

You sure look sunny and bright sweet Domino! Great smile too!

Me LOVES your maniacal laughter! Yous is a cat after myu own heart!
Kisses
Nellie

What a sweet face and a cute little bit of laughter-

Domino is no Drama Cat - clearly, it's the humans who are overreacting!

Ha, ha, ha. That's a great way to clear the room for a nice quite nap!

LOVE the pictures with your mouth open! You like Tommy always have a lot to say! CUTE!

A ladycat is supposed to have many faces :-)

Oh theese one is a good one! We understand you loud and clear Domino!