MANCAT MONDAY WITH DANTE AND DYLAN: NO CONTEST

Dylan and Dante went head-to-head and sometimes even toe-to-toe today.  There was absolutely no wrassling involved.  Instead it was a Mancat Modelling Showdown!  If you got it -- flaunt it! 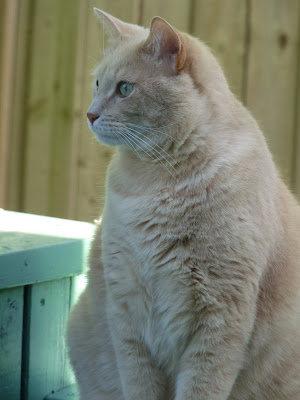 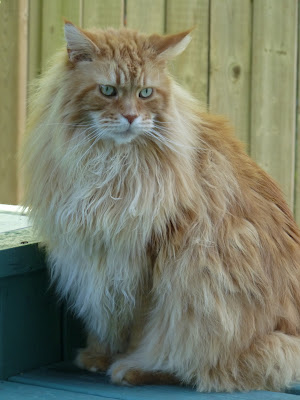 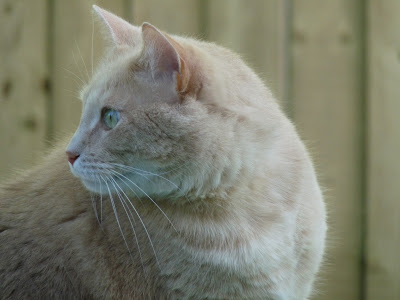 Dylan does a profile with a twist. 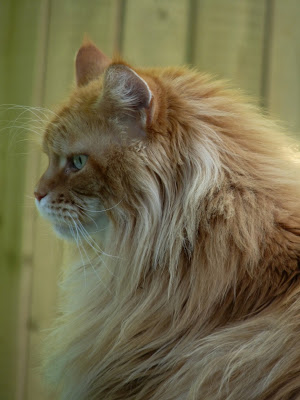 Dante does a profile straight on. 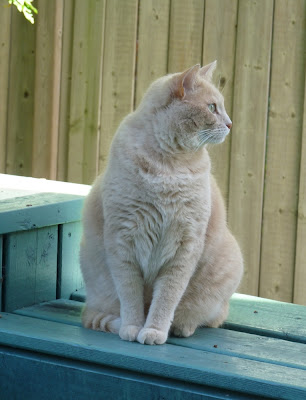 Dylan turns toward the sun. 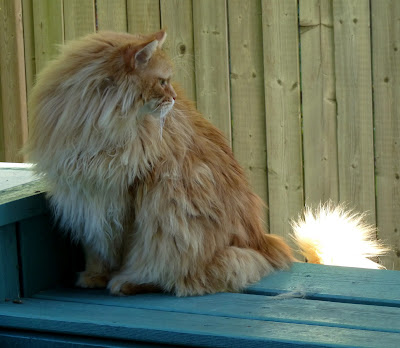 Dante catches some of it (the sun, that is). 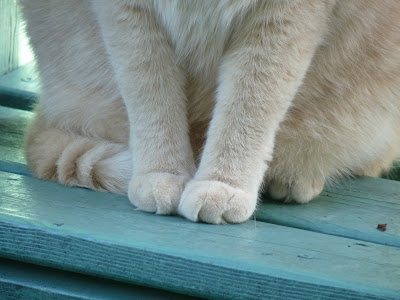 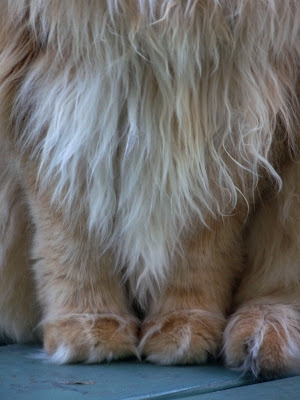 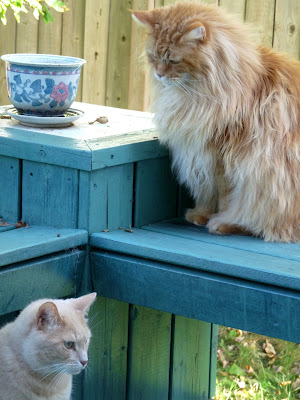 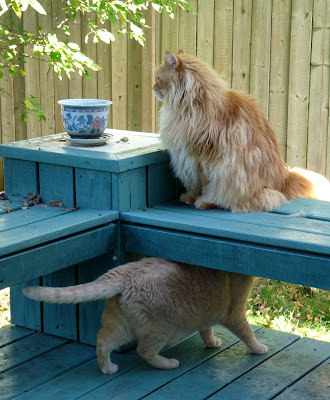 "I fink yoor tryin' ta steal my thundah", replies Dylan from down undah. 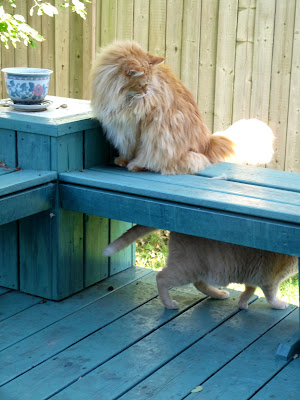 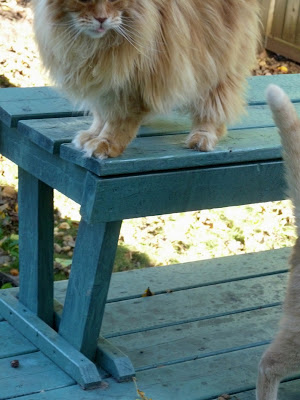 ﻿"Well, my stuff is jus' as good as yoor stuff", retorts Dylan as he walks away with his tail held high.
"I saloots yoo, bro!", says Dante as he gives his brother a salutory raspberry.
All I can say is -- at least he didn't fart!
Posted by CCL Wendy at Monday, October 17, 2011

We think both of you are great looking mancats!

Happy Mancat Monday--great modelling showdown! It's a draw, we say. And our mom says you both have "IT!"

Come on, you guys, you are BOTH winners!

Thanks for visiting us! We can't help complimenting. Dante has the most beautiful furs! He's like a fluffy, regal little lion. We love him! (So sorry, Dylan, you're handsome too!)

Y'all are sure looking Monday great!!!

Yup, I think there are two winners in this contest!