You've heard of the 'Backstreet Boys', haven't you?  Well, they may have made a comeback of sorts but it's hard to beat those up-and-comers, the 'Backyard Boys'.

Let me introduce them. 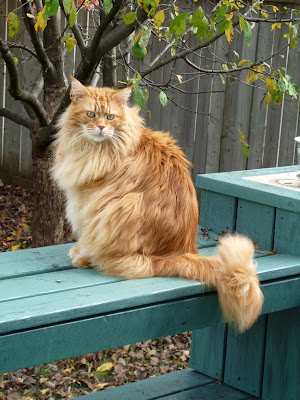 First on deck is Lacocoon Dante, a Maine Coon red tabby with a myriad of howls and yowls.  He can make the minutest mews or the most unearthly bellow, and every interval in-between.   He rarely carries the melody, but provides a rich background of sound for his partner. 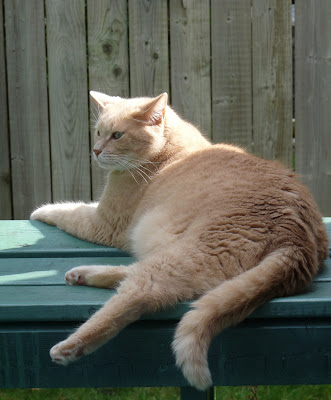 Well, howdy partner!  This is creamy-dreamy Dylan, the other half of the 'Backyard Boys'.  While his vocal range isn't as extreme as Dante's, he can definitely carry a tuna.  It is piercing enough to be heard over even the most vociferous of wails. 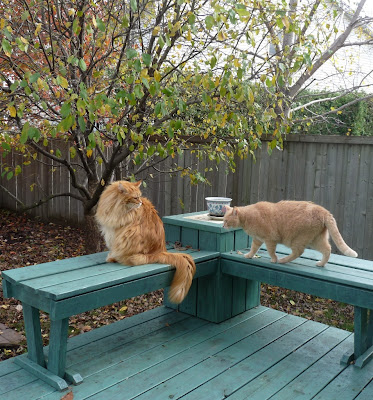 They decided on the name the 'Backyard Boys' because this is where they met. 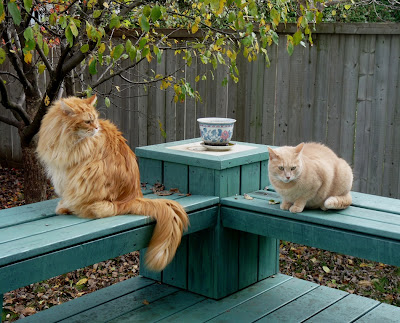 At first, there was some animosity. 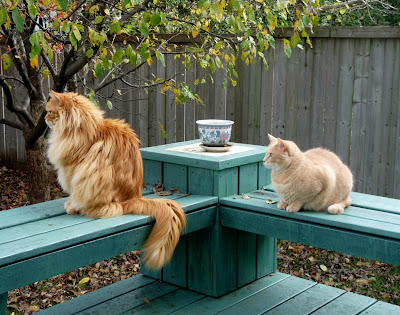 But then a growing common interest ... 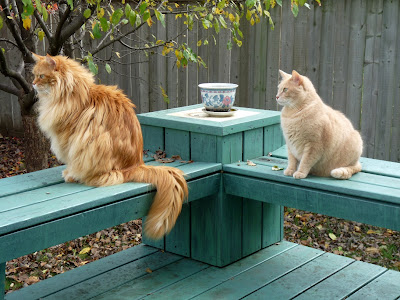 ... really brought them together. 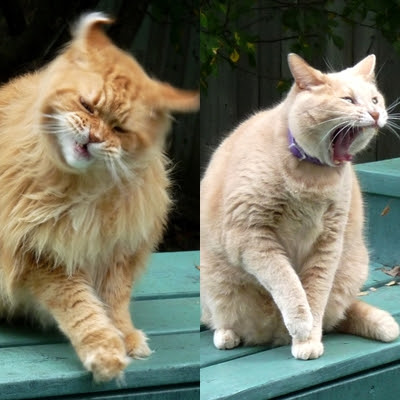 And now they have a wailin' good time!

Coming soon to a venue near you!
Posted by CCL Wendy at Monday, October 24, 2011

We can't wait to hear the song - will they be doing a recording?
Luv Hannah and Lucy xx xx

Y'all are shouting it out darn good and I think the comeback is a success!!!

I bet they'll be great. I wonder what's going to happen next?

You two really know how to belt out a tune! You've definitely got the girls here swooning!

We girls want to start a fan club!

THe Backyard boys are way better than the Backstreet boys"

I want front row seats at the concert!!!

They are certainly a handsome duo! We love Dante's rock star furs!