MANCAT MONDAY WITH DANTE AND DYLAN: GET MY DRIFT?

Today's 'mellow drama' is starring those two magnificent mancats known as Dante and Dylan.   Being the dudely divas that they are, they have insisted on having their close-ups up first. 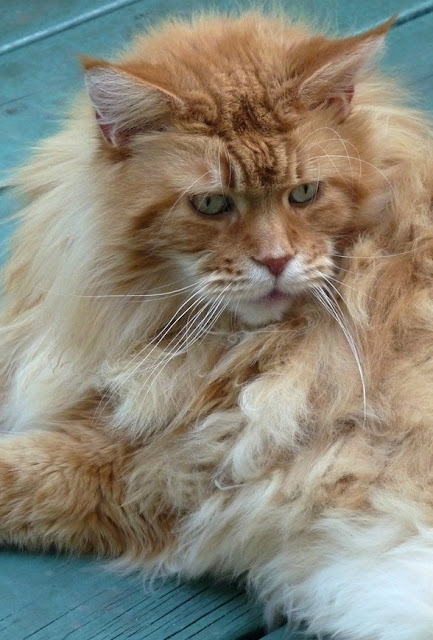 "Peeples need a FURame of reFURence", declares Dante, and indeed there's certainly lots of FUR to be seen in this PURRticular FURame. 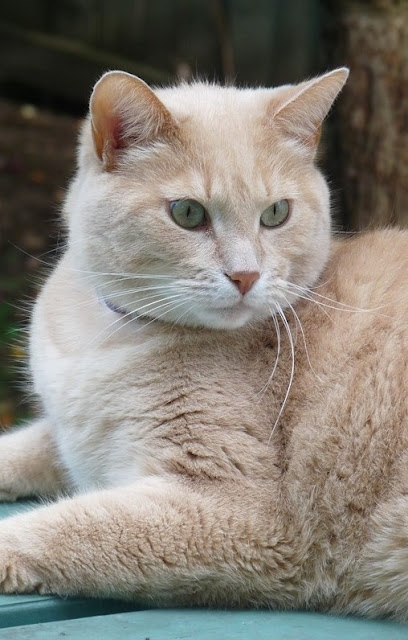 Dylan says "Wen yoor as hansum as I am, yoo don't wanna dePURRive yoor audience of the Big Picture!" 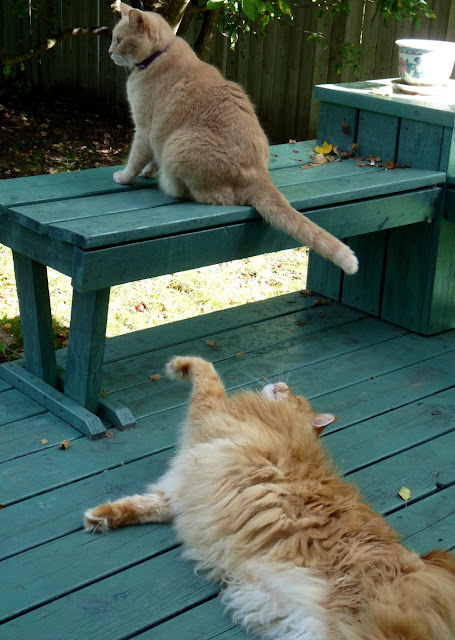 With that taken care of, the drama starts off very mellow indeed.  Dante takes a lazy swipe at Dylan's tail from a relaxed position. 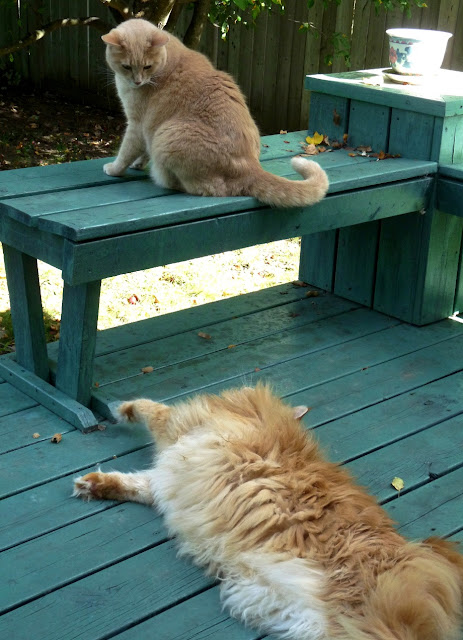 Dylan's tail recoils in surPURRise! "Wots up, dude?", asks Dylan. "Wot did I ever do to yoo?" 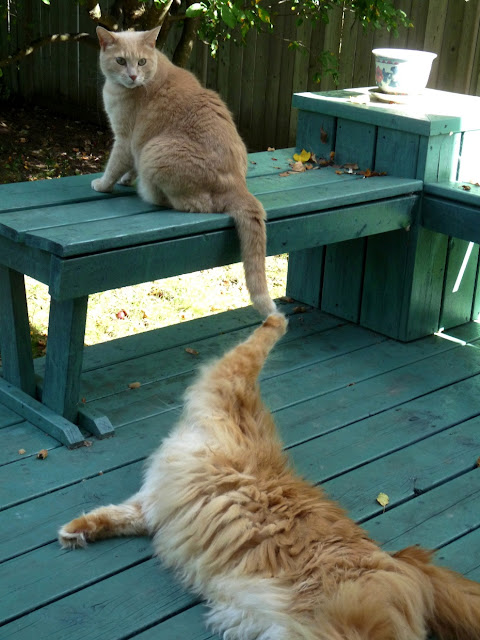 Dante, not satisfied with his first attempt, does it again!  And this time, it's a whopPURR! 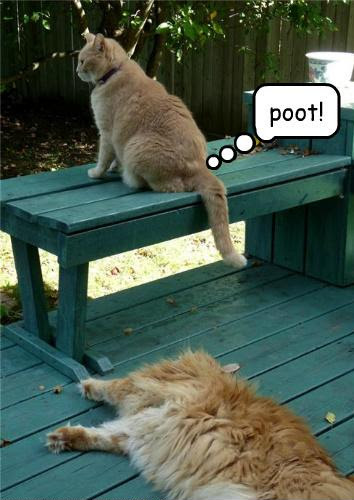 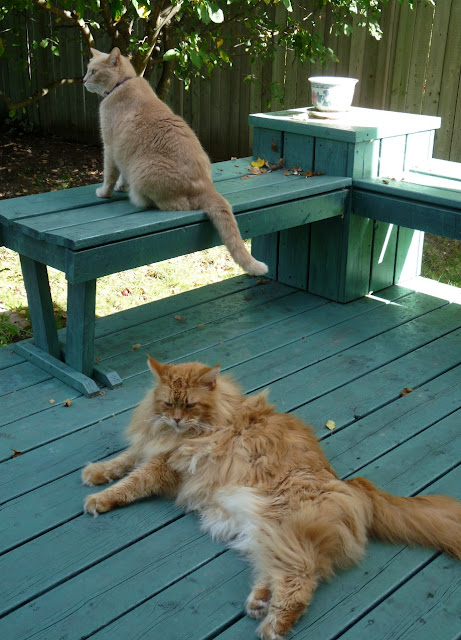 Now that Dylan is totally 'cheesed off', he feels better.
From the look on his face, Dante has certainly gotten his 'drift'! 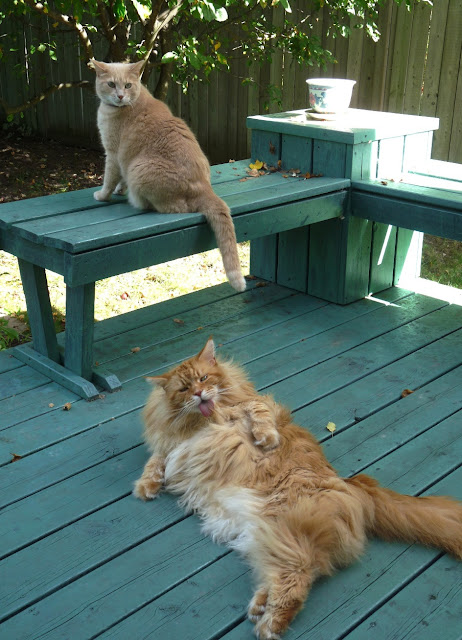 After that, Dante turns his attention to other matters.  He's determined to rid himself of any lingering, unwanted FURagrances. 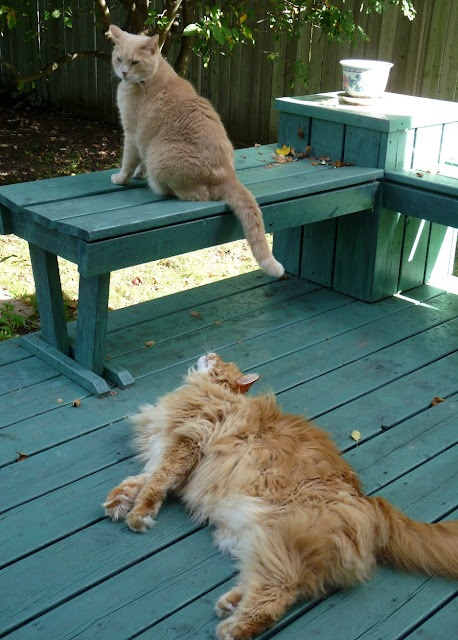 "Let's call a truce, bro", offers Dante.  "An' let bygones be bygones, so to speek."
Dante is still thinking about the now bygone cheesie. 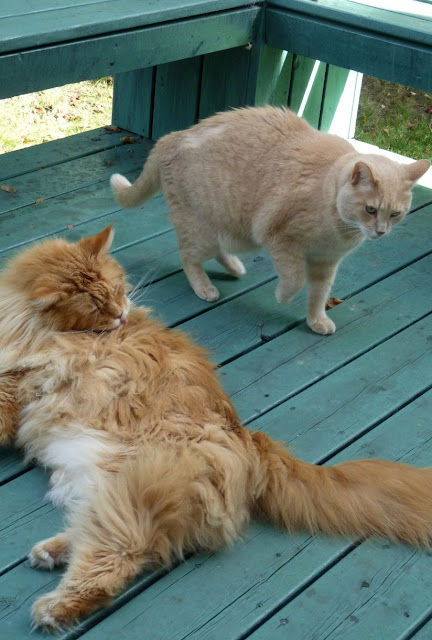 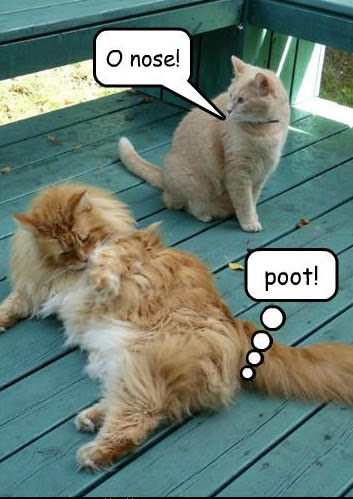 "Revenge is sweet!", says Dante.
"Butt you're not!", retorts Dylan. 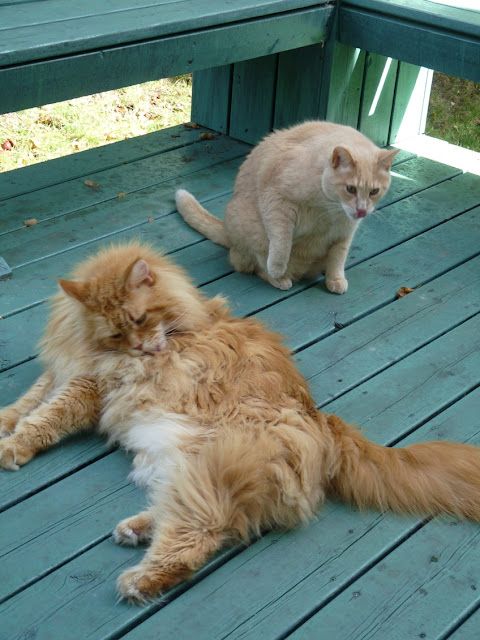 In the end, everything works out between the two drifters.
"If yoo cant lick him", says Dylan, "then just lick yoorself!"
We told you this drama was mellow.
Posted by CCL Wendy at Monday, September 12, 2011

You two are hysterical. Just a pootin at each other. What fun. MOL You are both so darn handsome. Wishing you a really fun and maybe pootless day.

How funny! I wish I could come up with half the things you do!

Mancats! We girlcats NEVER do that, of course!

You two are just too cute for words, and Rumblemum is awed by the massive floofs of Dante...

We think Dylan is just jealous of Dante's magnificent furs.

We can't blame Dante for whapping Dylan's tail. It was very tempting hanging down like that.

You two are a hoot and a poot fur sure!

ha ha ha! We blogged about pooting for Tuesday! You boys certainly are odiFURous!

Mancats! What are we going to do with you?