It's Monday and I'm breaking tradition by featuring all three of my 3-Ds; two mancats and a little ladycat, all with names that begin with "D".  With a dollop of sweet and a modicum of silly, the "D" also stands for "Darling".  Ergo, my Darling 3-Ds. 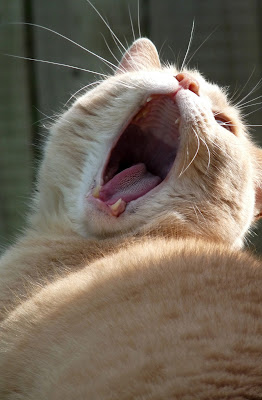 Dylan, post-tonsillectomy and screaming for I-scream! 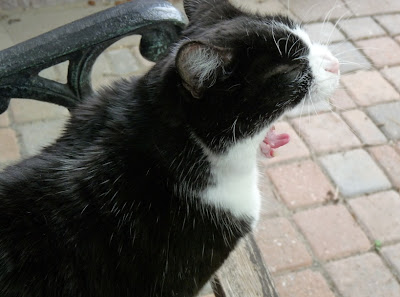 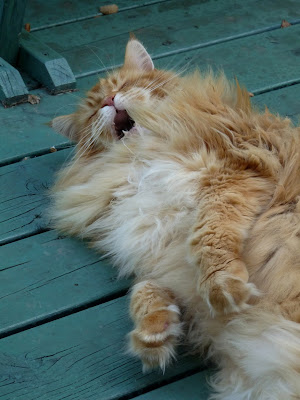 Dante posing for the cover of "Furball Digest". 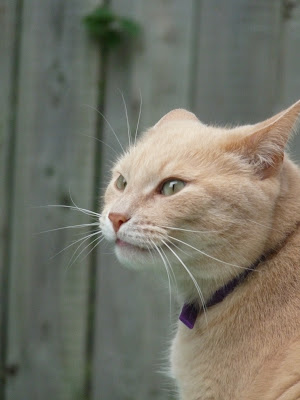 Dylan brings his helicopter ears in for a landing! 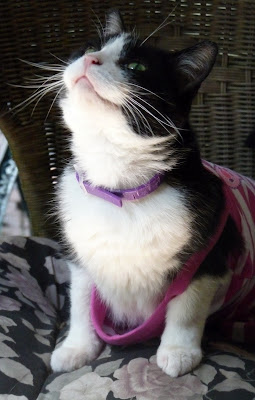 Domino is braless and proud of it! 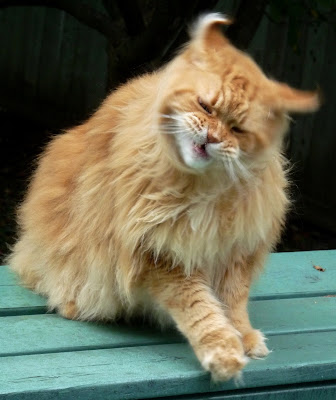 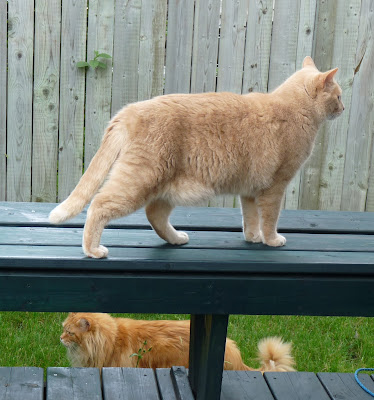 You look this way, and I'll look that!  What is that, anyway? 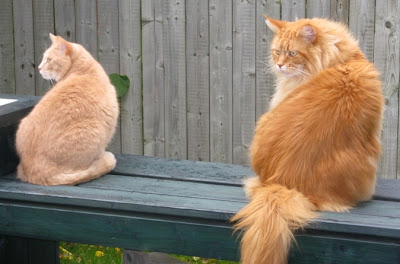 What a pair of buttinskis!  Not only do they butt in, but they're nosy about it, too. 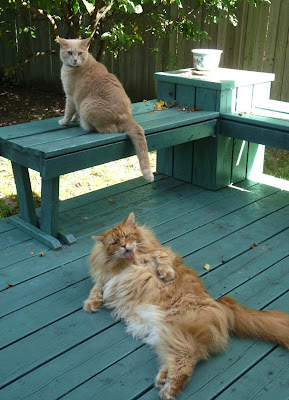 Dylan is ashamed that Dante can't hold his licker! 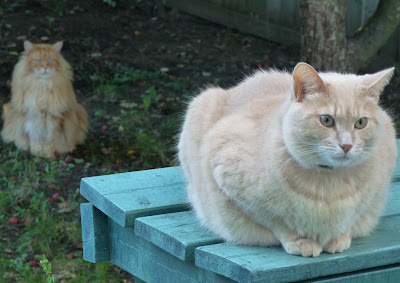 Dante's always there to back up his little brother! 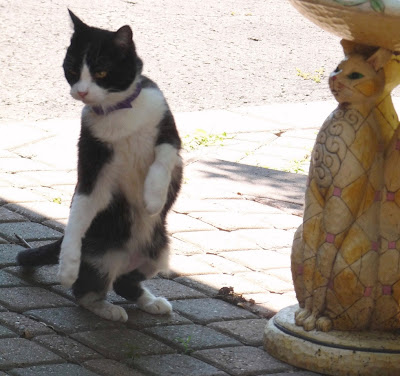 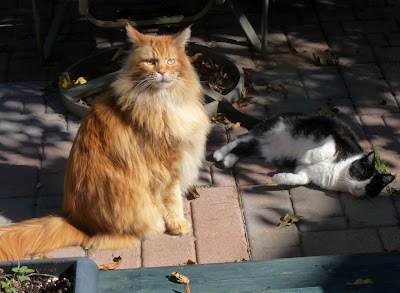 She and Dante have a very reciPURRocal relationship. 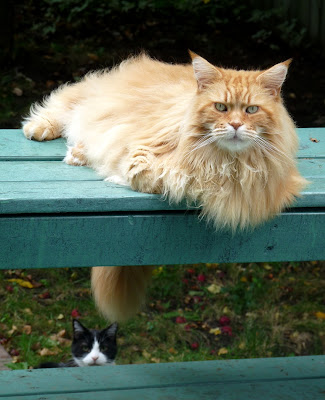 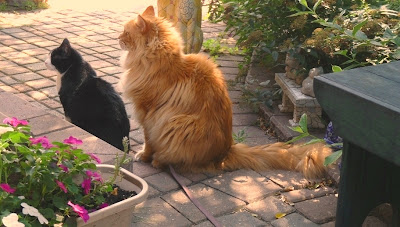 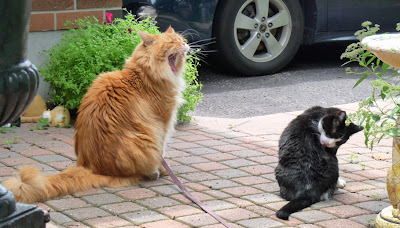 Dante even sings a little oPURRa while Domino has her bath.
On the other paw (literally) ...﻿ 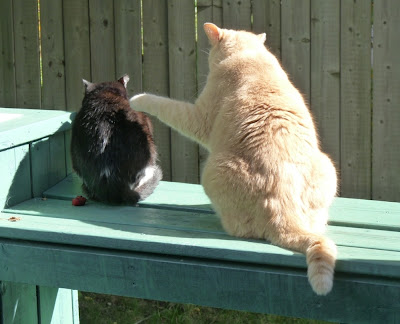 Dylan gives Domino a pat on her back (before trying to mount her).  It's a diversionary tactic. 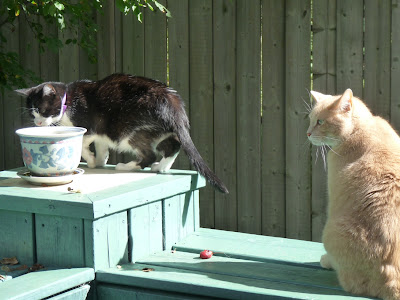 But Domino wisely moves before Dylan makes his. 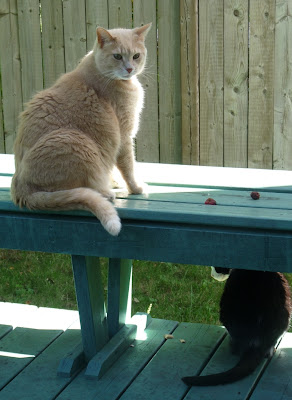 In this case, distance makes for a relatively amicable relationship. 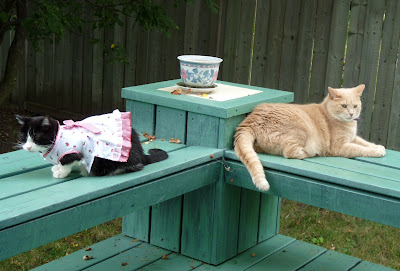 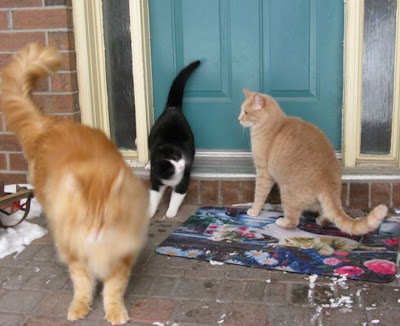 Even though Dante, Dylan and Domino can go a little crazy now and then... 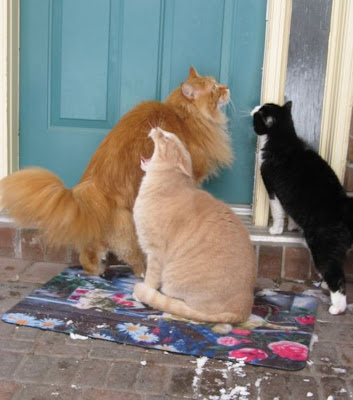 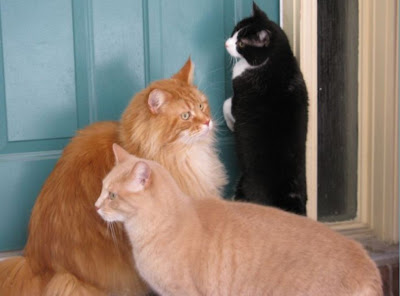 You amaze me with all the beautiful shots.

Great pictures Wendy! It really looked like Domino was dancing and wow she is so tiny beside Dante :-)

We love that last photo best cause everyone is in it!

What fun to see your three interacting! Domino is so TINY next to the boys. All the yodeling photos cracked us up.

How fun! I really enjoyed visiting all the D's today!