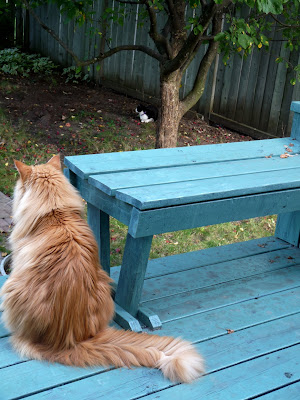 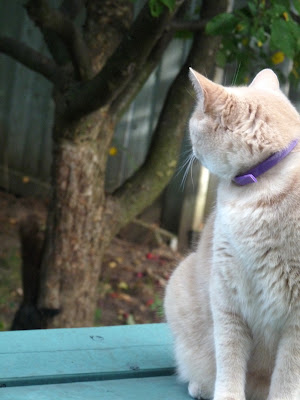 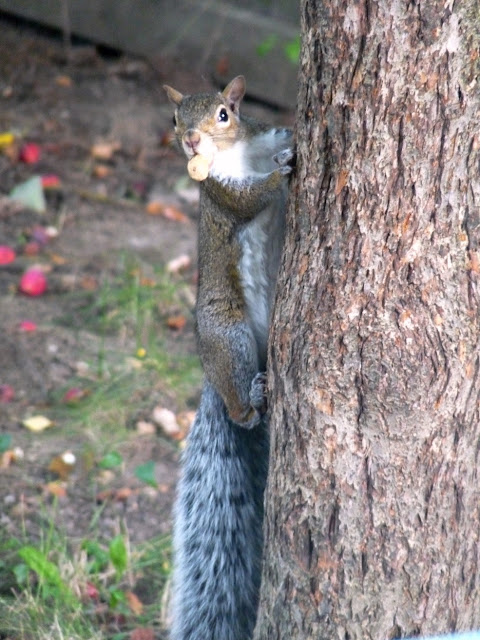 You are all very interested watching that squirrel. I would have to chase up the tree after him with Eric supervising from the ground.
Flynn

Uh-oh, a vishus squirrel! That's a clear picture of that rascal. You 3 better be ready to chase him down. I see you all have your places.

By the title, we thought you got to snack on an evil squirrel!! What a great picture!

Hahaha! Now we see the reason for your chillaxin' on the other blog, Dante. Ha.

That's the first time I've seen the brown squirrel at your place. I always see the black ones.

Now that is a very curious squirrel and hopefully he is also very, very fast!=^Y^=

Hey, tell that silly squirrel not to talk with his mouth full!

That squirrel was caught in the act!

I think that squirrel just realized how tasty he is!

OMC! What a cheeky squirell!