Domino is just relaxing on the deck bench.  It's such a lovely day.  The heatwave is over and cooler temPURRatures prevail. 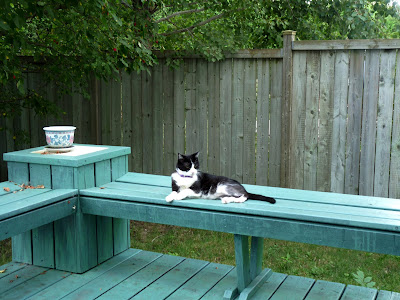 For once there's no one else around to bother her, so Domino just stretches out and chills. 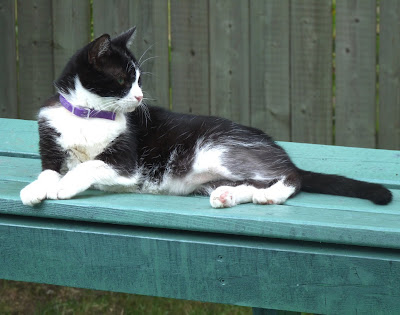 Even when Domino isn't wearing one of her pretty dresses, she still has the natural modelling instinct. 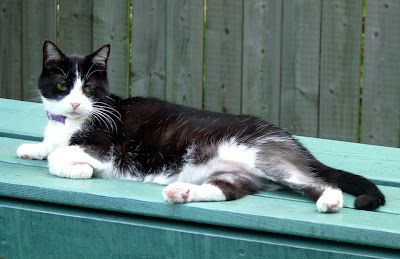 She knows just how to display all her assets. 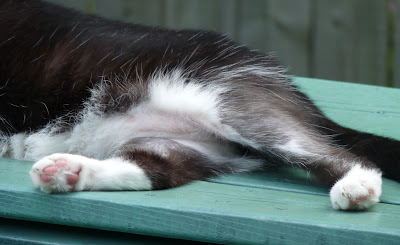 Here's the toe-and-tummy shot which so many of you crave.  Not only are Domino's toe pads PURRfectly pink, but her tummy is as well.  She's been overgrooming it a bit lately, but it's still entirely kissable. 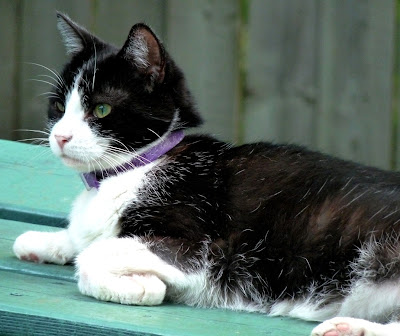 Domino curls under her front paw for that cozy, yet coy effect! 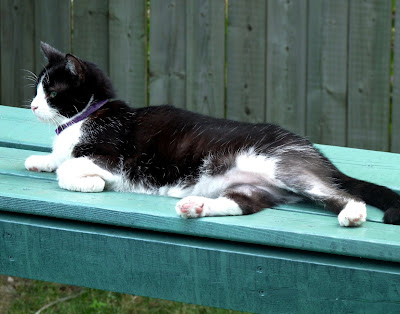 And here's the entire layout! 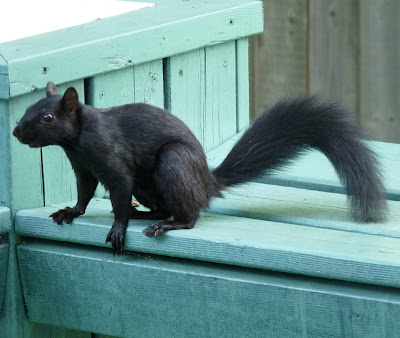 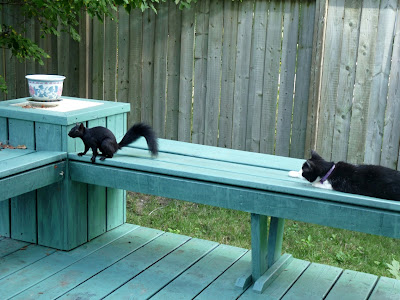 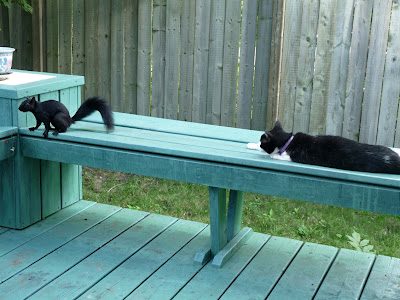 Domino remains calm, cool and collected, but hunkers down to make herself as invisible as PAWsible. 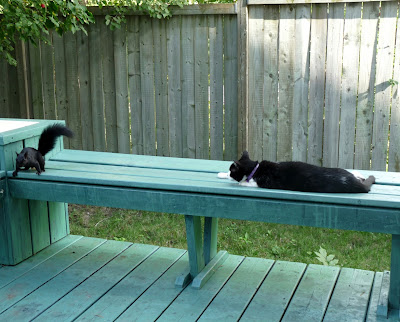 But finally, the tidbit notices her anyway ... 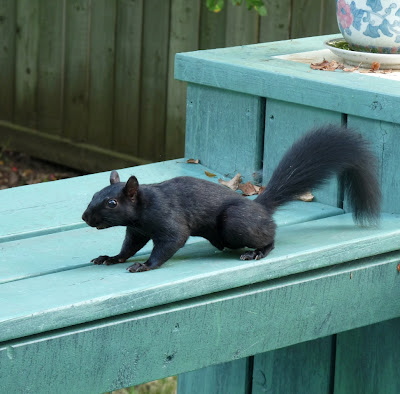 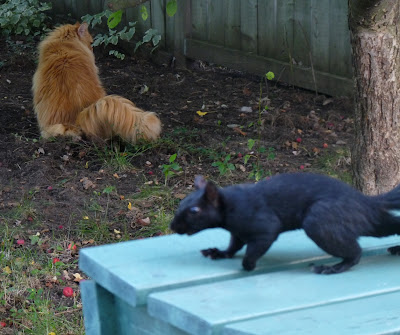 There's Dante still looking for it -- in the wrong direction, of course!  So the stealthy Tidbit just tiptoes away! 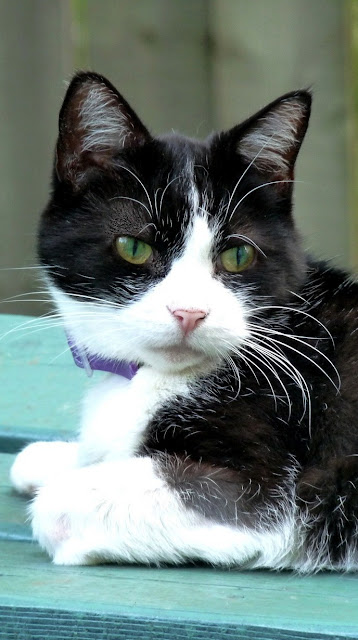 You are so pretty Domino! WE love all your poses!

That last shot of Domino is just beautiful. It would be nice to frame that one.

BTW, we can't believe that the squirrel was *right there*! OMC, we'd flip out!

You are so cool in the presence of that squirrel Domino - we would have been jumping up and down with excitement!
Luv Hannah and Lucy xx xx

Wow! Domino I am overcome with your beauty! You could tempt me away from Cinnamon (especially since you have such tasty tidbits)
And I LOVE your toes! Mine are black!
Kisses
Your admirer
Kozmo

You are a classic lady, Domino!

Oh Domino we look forward to your adventures!!!

I can't believe none of you got that squirrel! He would have been toast here.

Wow Domino! Look at you!

Hello Domino, you and your little friend look awfully cute!

That black squirrel thinks he's part of your fur family! I can't believe how close he gets! Domino is quite fetching on her bench all stretched out and glamorous!

Domino, you are such a great model!

I have never seen a black squirrel before. He had a lot of nerve!

ps: We got your package, hooray! I am Not Allowed to open it until my Mommeh has time to take photos. I can't wait! Thank you so much!