THURSDAY IN THE GARDEN WITH DYLAN (FOR A CHANGE) 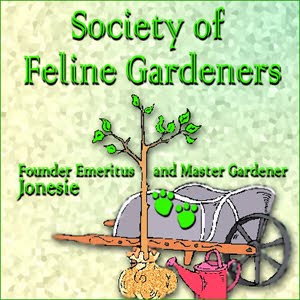 Usually, it's Dante that does the gardening post.  However, he has nothing new to show this week, so he decided to turn the reigns over to his brother, Dylan.
Dylan doesn't do any work in the garden.  He idles.  Idling is essential to the 'idyllic' life, you see! 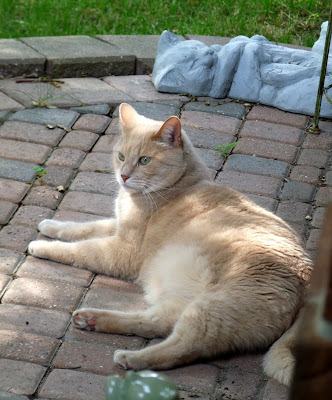 Here is Dylan lounging on the front patio. 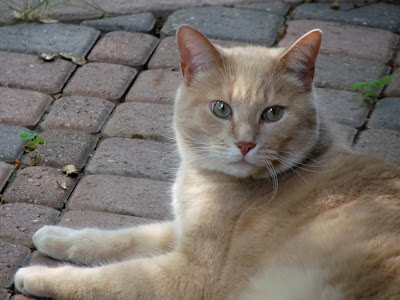 From here he can view the entire garden, and all the comings and goings. 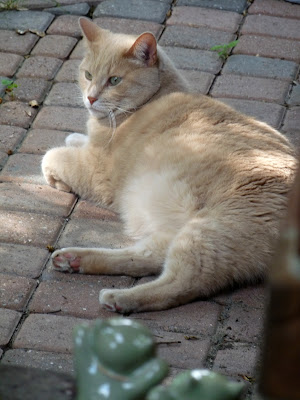 He tucks his paws under to make it abundantly clear that he is NOT available for any physical laPURR. 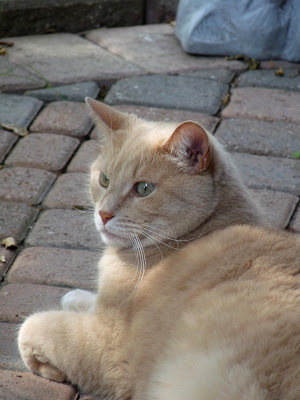 Watching is what he does best. 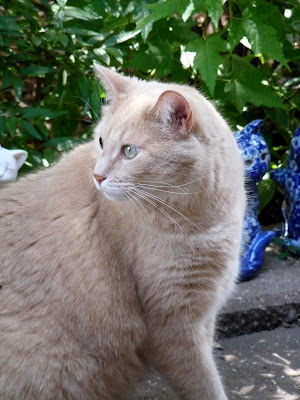 When he finally rouses from his reclining position, he does just that -- he watches! 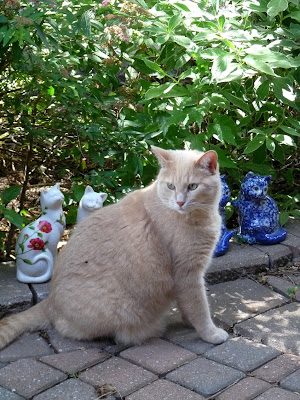 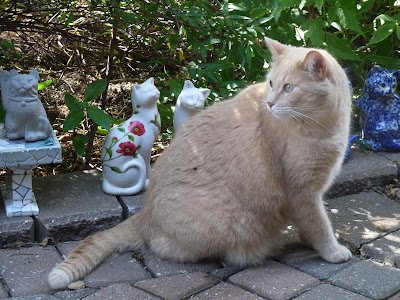 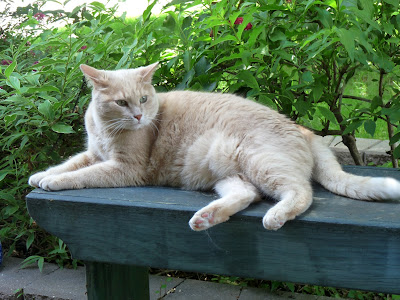 Standing proves to be too much of a strain, so Dylan moves to the garden bench a few inches away. 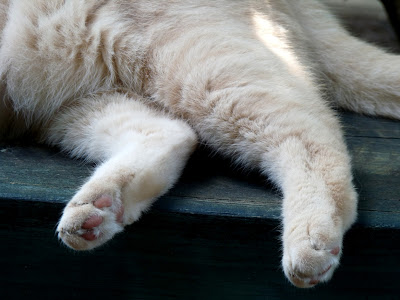 "Sumtimes, I jus' cant STAND IT!", he exclaims, while focussing on his tender tootsies. 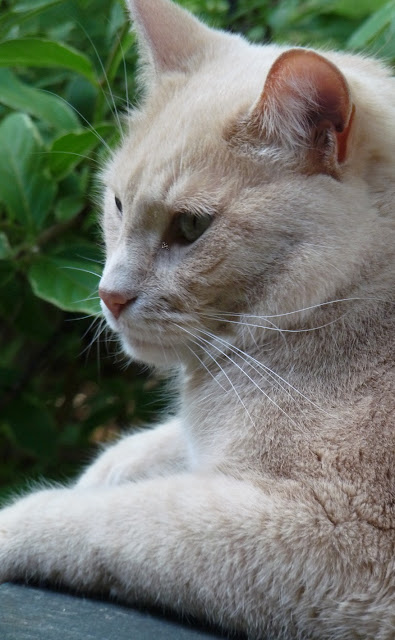 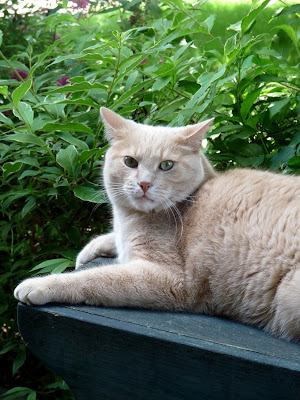 Chagrin is one of Dylan's best looks.  He's got it down to PURRfection, I think.
"Mama, yoo's soooooooo annoyin'!", says he. 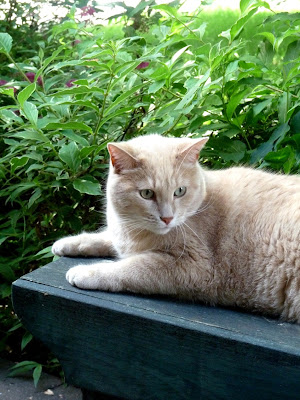 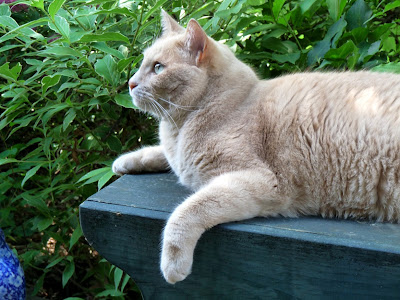 You sure do a great watching job Dylan, that's hard work!!!

Oh Dylan, we love this post. You are such a good boy to keep watch on that garden and greet any visitors that should happen along. We also think you are a handsome boy too. Good job. Take care.

We think it's the perfect day to be idle today considering it will be SO hot! You've got the right idea, Dylan.

We think you've got idling off to a fine art Dylan. We have taken notes.
Luv Hannah and Lucy xx xx

You are working quite hard, I can see that Dylan!

You are a great gardening cat

Dylan, chagrin is my middle name... I wonder if this means we are somehow related.

After watching how hard you work, we need a nap!

Love all your gardens- but I think you are the best ornament of them all! We had the most adorable little hummingbird in our HOSTA flowers this morning... You would have just loved him- Candy and Tommy were so excied!

Dylan, take no notice of yoor mom. Snoopervising is a VERY impawtant job to do in the garden!