I always have a stash of peanuts in the shell to scatter for the squirrels -- and some birds will take them, too!  When I'm on the front porch, I take handfuls and just throw them.  I aim for the grass on the other side of the bush garden, but some fall inside it.  Some only make it to the front walkway (I don't have a very good pitching arm).

Even though every time Dante and Dylan are out in front watching the squirrels hop here and there gathering nuts, the hunt is more mysterious when all that's left is their scent.

The hunters are like PURRivate detectives on the trail of the culPURRit! 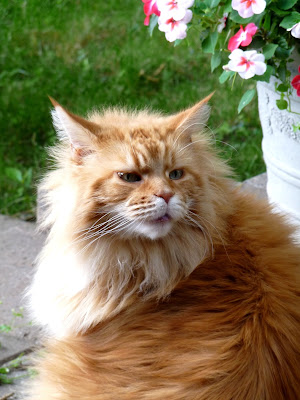 Dante lifts his nose and opens his mouth slightly to the wafting scent of squirrel! 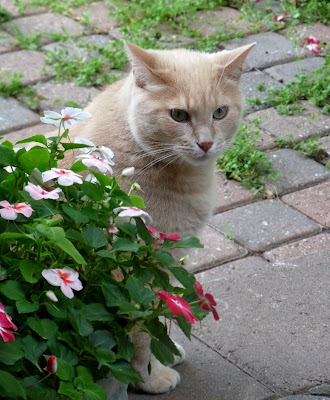 Across the walkway, Dylan smells it, too! 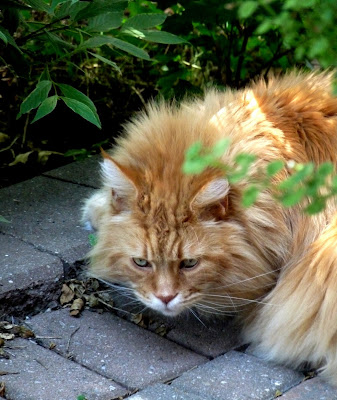 Dante follows his nose (like a good PI will) and crouches down low.  The scent is even stronger here! 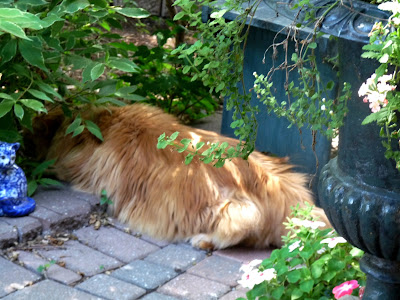 "If yoo wonts ta find dem, yoo hasta get down to dere level", explains Dante as he searches low. 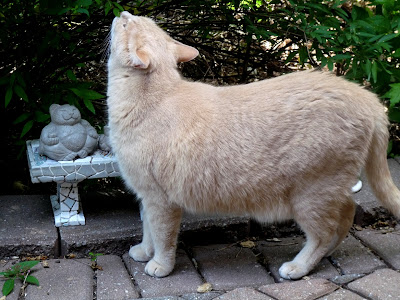 Dylan sniffs a little higher, and asks a higher power (Kitty Buddha) to bless the hunt. 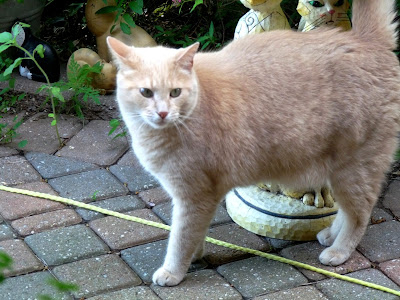 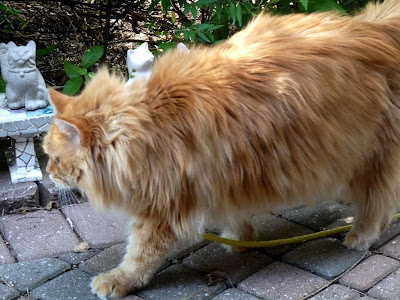 Dante retraces his steps.  Chances are better if you start again from where you began. 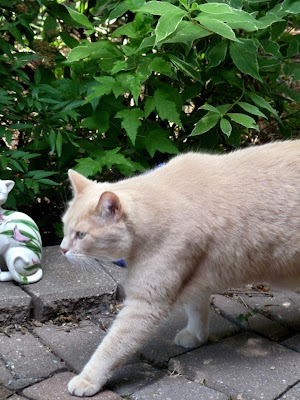 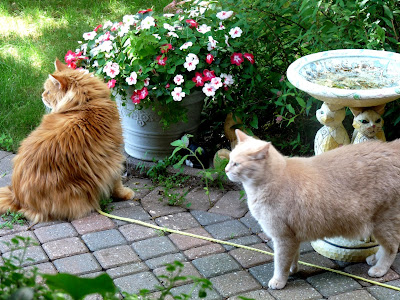 Suddenly, there are rustling noises from next door.  Are the neighPURRS harbouring what they seek? 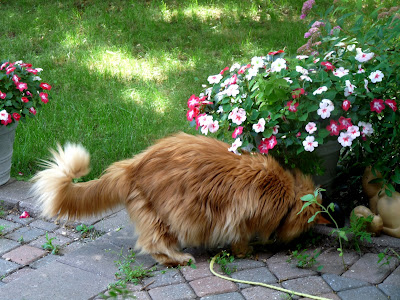 Dante is limited by the length of his rope, so he's determined to dig deeper into the matter on his own proPURRty. 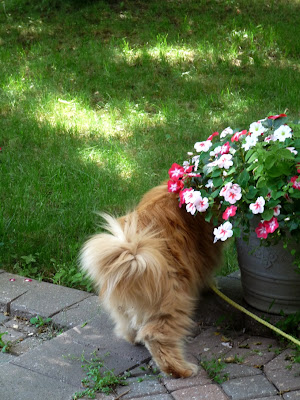 "He's defunitely bin dis way not long ago!" exclaims Dante.  "The scent is strong an' FUResh." 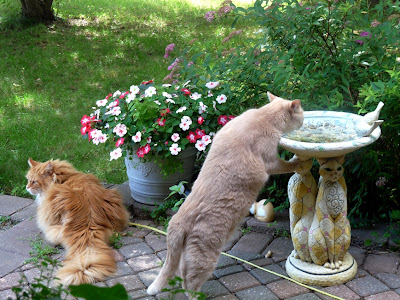 Dante figures he'll just hunker down and wait for Mr. Squirrel to return while Dylan takes a drink at the reFUReshment stand. 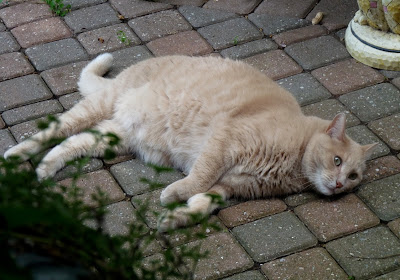 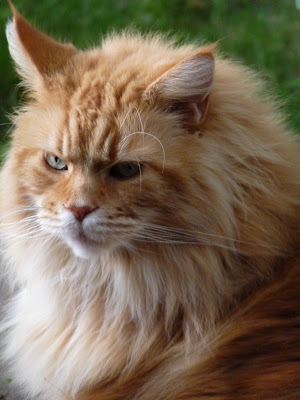 You can see the look of determination on Dante's face.  He's not ready to give up -- now -- or eFUR!
"PURRsistence is da key ta sucksess", he so rightly declares. 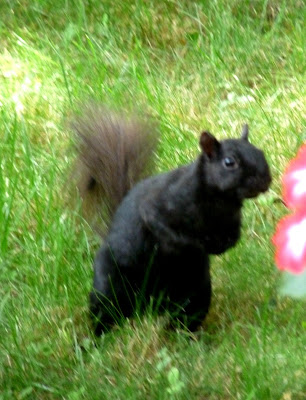 Those squirrels are so cheeky! You also gave mama an idea about giving peanuts to them!

We keep hoping that one day you'll get one of those squirrels, guys! Hehehe.

You two are mighty hunters. Someday you might catch that squirrel

We agree with Dylan that it's probably too hot to hunt squirrels! Sweet Pea would agree with Dante, though. She never gives up!

Those squirrels are SO tricky!

No squirrel pie for dinner tonight!!! Maybe next time boys :-)

Hang in there, I think you're getting mighty close!!!

those pesky squirrels. we don't have them around our backyard. we have cats, dunno if they are feral, but mama feeds them :)

The boys need deerstalker (squirrelstalker?) hats on their prowls!

This is Felix: I LOVE being spun! I scream at Daddy until he give me a ride. The pooping thing is just an added "benefit"...I just get so excited on the Karnival ride I haveta GO!

Great post! That must be pretty exciting to be a PI when squirrels are involved!