After Dylan and Dante came back from Samson's party in Montreal last night, we threw a little party ourselves -- in the family room.

Domino was just too exhausted and was off having a nap, but she partook later in the evening. 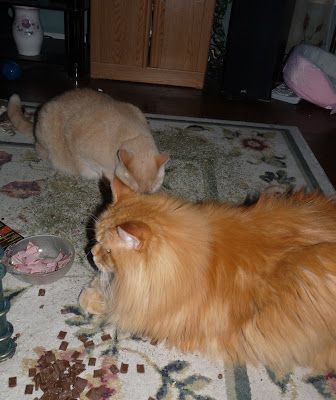 Daddy sprinkled half a tub of catnip on the rug, and we put out diced ham, and jerky treats. 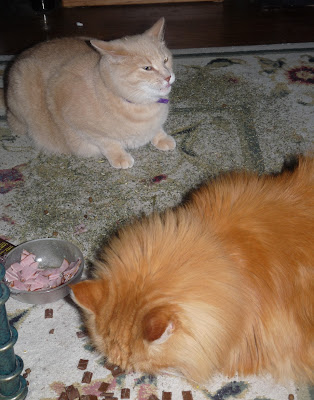 Since it's Dylan's birthday, Dante is patiently waiting for his turn at the nip, and having a little snack in the meantime. 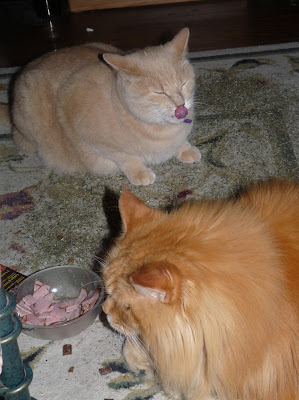 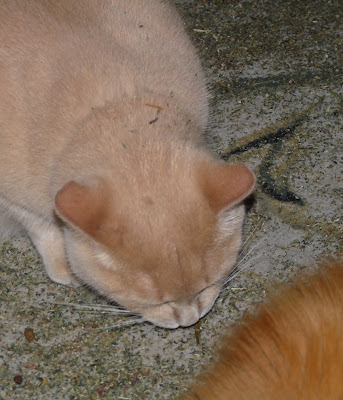 ... before he plunges right back in! 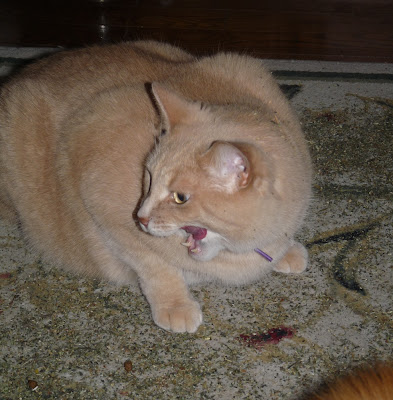 "Dis is summa da bes' I efur tastid!", he exclaims. 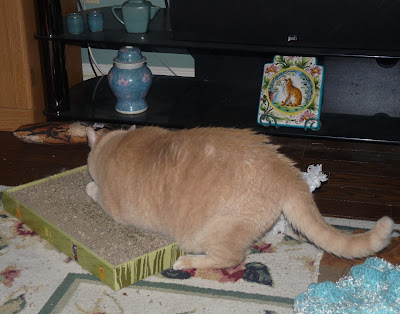 Daddy sprinkled some nip on Dylan's scratcher, too! 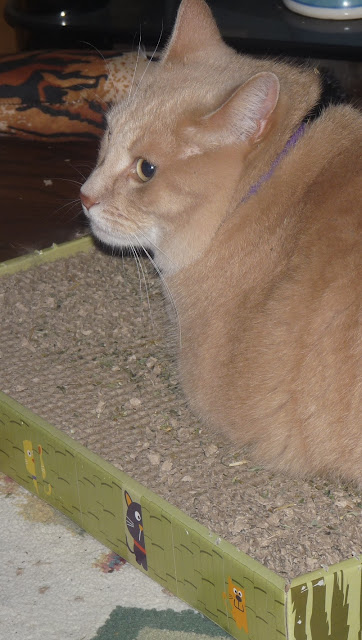 Dylan has only one birthday wish.
"I wishus I has a birfday efurry day!", says he.
Posted by CCL Wendy at Thursday, July 28, 2011

A nip pawty is the bestest sort of pawty!
Luv Hannah and Lucy xx xx

Oh did we miss Dylan's birthday??!? Happy Birthdy, buddy!! With all that nip you got, we know you had a good time!!

Whoa! OMC, look at those treats, all that nip! That was the best birthday party ever!

Look at all that nip! I wish I was there.
Flynn

Wow, what a spread!!!! The after pawty is even more pawsome than the regular pawty!

We wuz nip parties! We hope you guys has fun.

Oops! I missed Dylan's birthday! Looks like he had a great after party!

A NipFest is the way to go, and such a good time you were all having!

Oh Wow! Your after party is as good as a party! That's great, you guys!

Thank you for coming to Pungy's Birthday party!

We hope you have a good weekend!

WOW! Looks like yoo all had a fun time!