This fine picture of Dylan goes way back to September 2009, when he was still a relatively young lad. 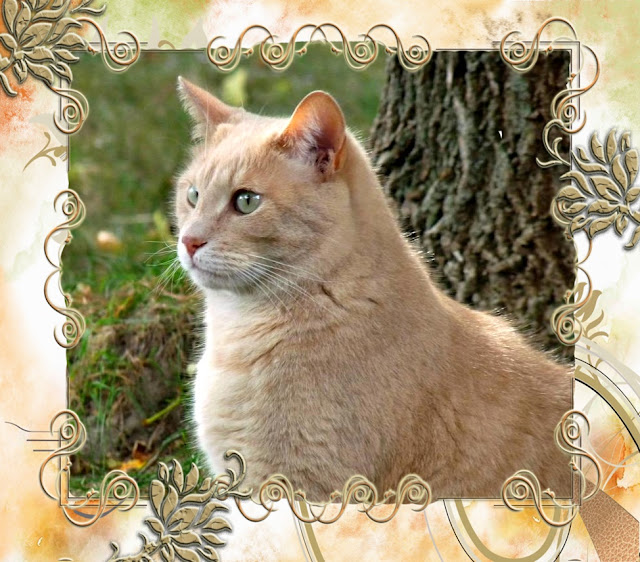 His eyes are as bright as his future, and fall was a fine time for kitties who are allowed to prowl around outside.  You never knew who you were going to meet. 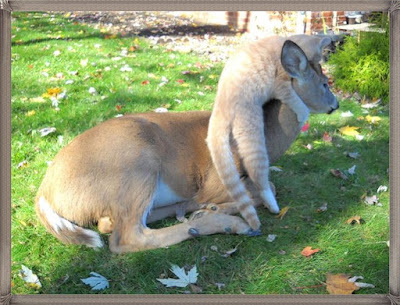 When all was said and done, this is how Dylan became acquainted with some of his 'deerest' friends!