The 3-D Cats are out and about even more since the snow melted. 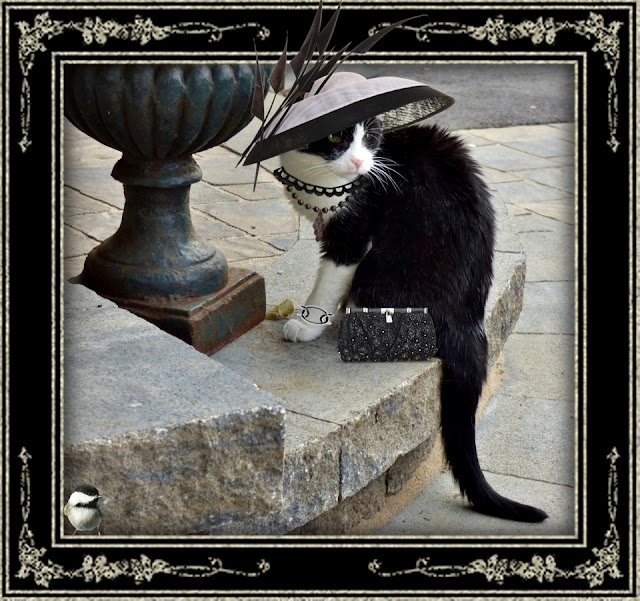 Domino is looking very sophisticated in her white and black wide-brimmed hat with feathers.  She is wearing a black collar-style necklace with beads and a black and white diamond bracelet.  Her little clutch bag in black and silver coordinates purrfectly. 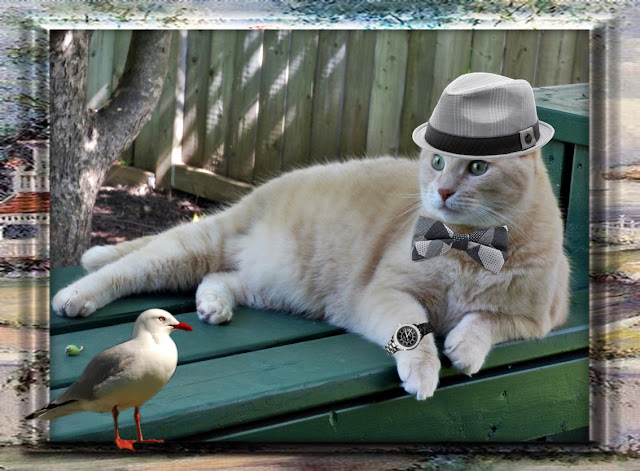 Dylan's relaxing on the deck bench after a storm earlier in the day.  The sun has come out and so has a seagull who wants to comment on Dylan's fashion choices.

Dylan is immune to any insults because even though he's on the chubby side, he's confident in his looks and good taste.  His hat is a pale gray check with black band, which coordinates well with his patchwork tie in different shades of gray.  He is also sporting a silver watch with black face. Looking sharp, n'est-ce paw?

The seagull took off because Dylan really isn't very gullible, is he? 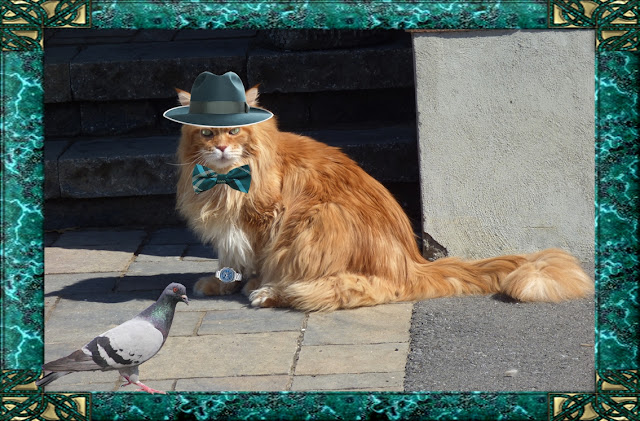 Dante's looking fine in his teal fedora and bowtie in dark and light teal tones.  He is wearing an Omega watch with a silver band and blue-green face.

The pigeon is curious and came in closer to take a good look.  He just couldn't believe he was seeing a pussycat dressed up like a human!

Y'all are such a great looking bunch!

All of you look FANTASTIC !
Love your styles =^x^=

You all look great.

Everyone is sure looking in all their great clothes. Of course, I love seeing Domino. She is so cute. Thanks so much for the nice birthday wishes. That was so nice of you to come by our blog. Have a great day.